Rome’s gelato scene can bring you either great joy or stunning disappoint. With so many gelaterie to chose from, I thought it would be helpful to put together a guide to the best gelato in Rome.

With a climate that rarely dips below freezing, I consider Rome to have perfect gelato weather every day of the year.

While there were a lot of things that I wrongly assumed would magically happen when I moved to Rome (e.g. I would innately know how to ride a Vespa, and have a Roman boyfriend, all while mastering Italian cooking techniques), one thing that I was right about was that I do eat gelato pretty much every day.  Really.

I do not waste my precious gelato calories on substandard ish.  If you want to enjoy the best gelato in Rome, here is where you need to go.

And no excuses about how that one time you had to go to Blue Ice because it was there and looked good.  (Actually, it probably did NOT look good. The first indication of good gelato is the appearance. It should not be piled high in the bins- indicating they are using filler and/or making huge batches that are less than fresh.  Other clues are flavors like pistachio- which should be a very pale green, not vibrant neon. No neon is a good rule of thumb overall).

There are fantastic gelaterie in every part of the city. (Except, honestly, Testaccio).  Here are my top 10 for the best gelato in Rome, plus some.

Best Gelato in Rome (with even more gelato on the map):

And I didn’t even get to Fiordiluna… check the map for these plus even more of Rome’s best gelato! 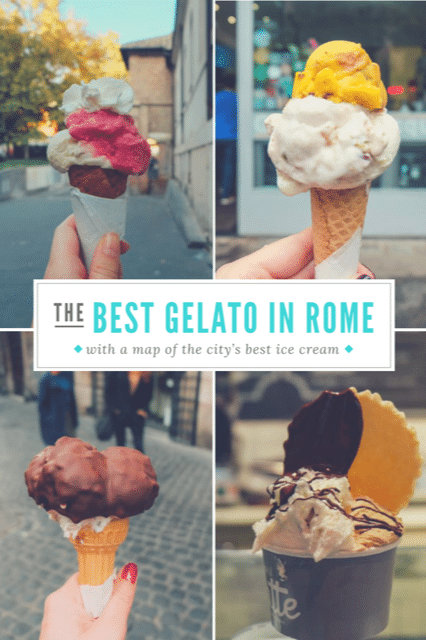