Located on an unremarkable residential street, a few blocks down from a McDonald’s and just around the corner from Stazione Trastevere is one of the best breakfast bars in Rome. I once had a long and involved discussion with a taxi driver about maritozzi and the final verdict was: Il Maritozzaro has the best in the city.

I mean, look at the name. The coffee bar was built around maritozzi. 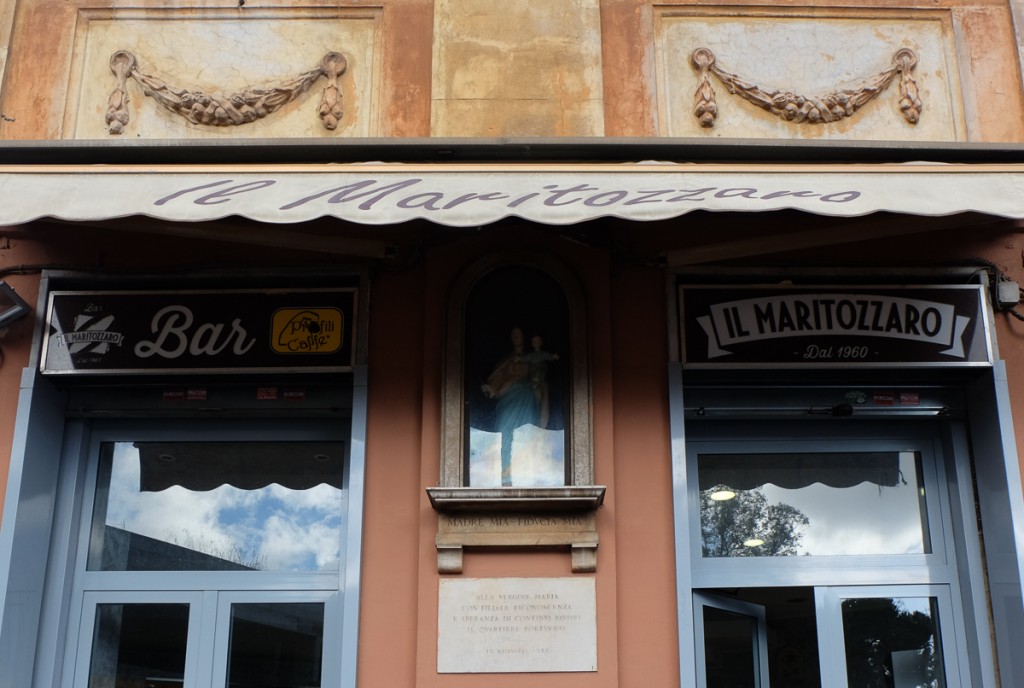 There is no trendy wallpaper or even room to sit.

You won’t be offered water flavored with cucumbers, or even necessarily greeted beyond a brisk “buongiorno.”

You may even have to jostle with locals for space at the bar.

But you should make the trek for the maritozzo. (Not that this is a hard place to get to. Even though Il Maritozzaro is located in a funny little corner near the end of Porta Portese, it is a very short walk after you come down the steps at Stazione Trastevere). 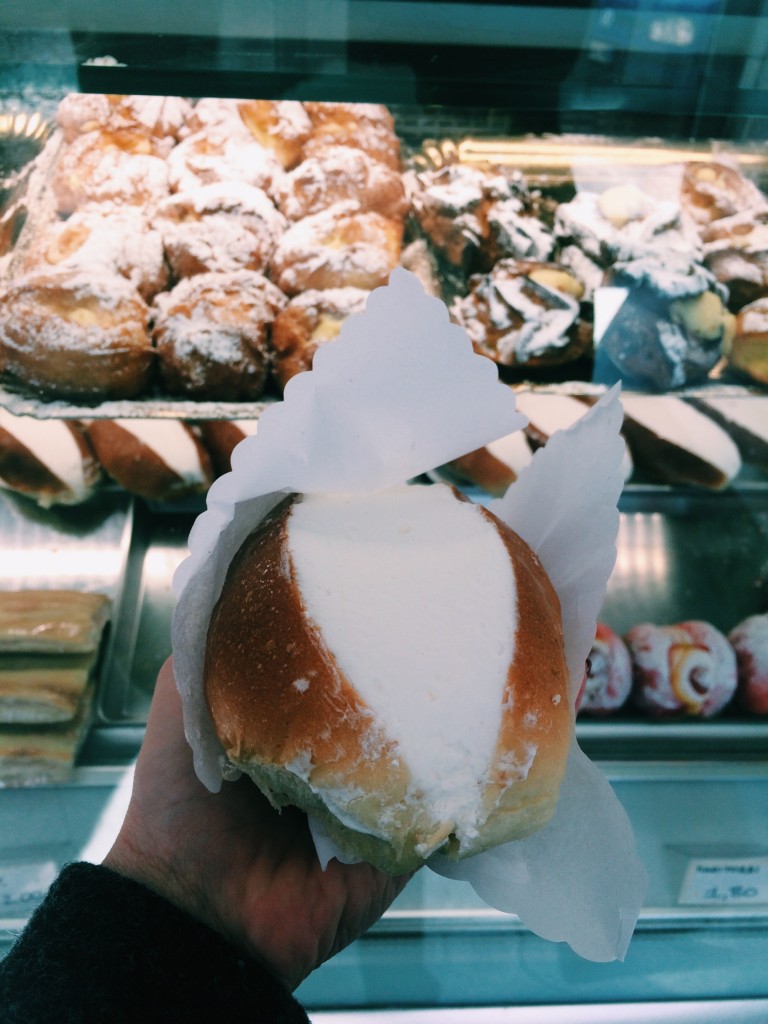 The pastry for which the bar is famous is one of the only truly Roman pastries. The creation of the first maritozzi pastries dates back to the middle ages when it was the only sweet allowed during Lent.

Usually filled with pine nuts and raisins, Il Maritozzaro opts for plain.  (Which for me, is great. I tend to think of raisins as a health food that I do not want desecrating my indulgent breakfasts). 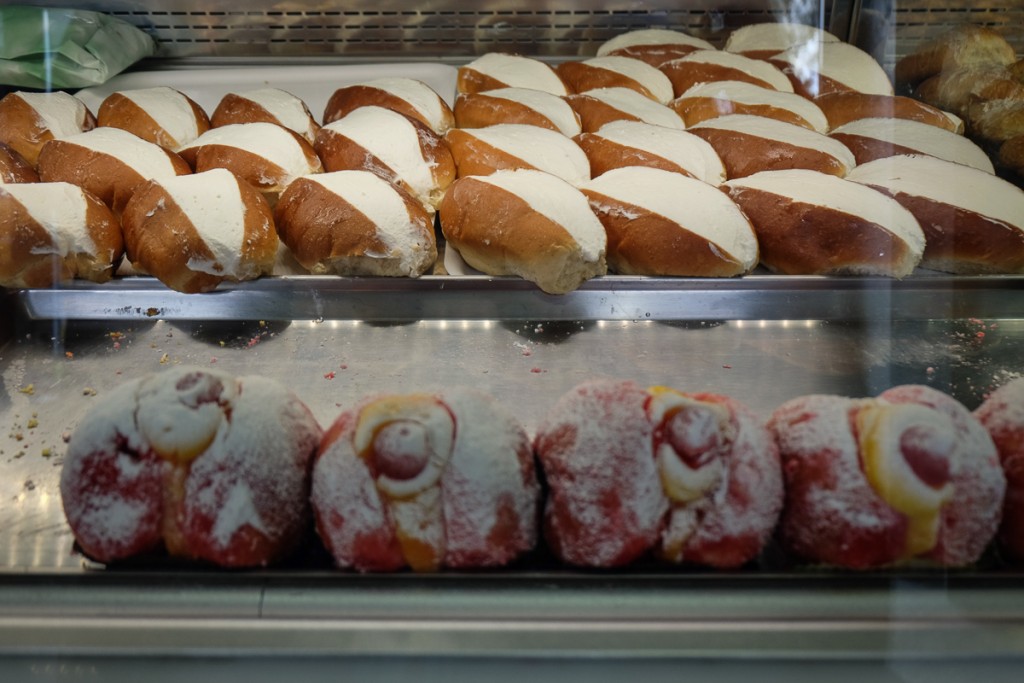 The buns are slightly sweetened, yeasty, and light.

However, any lightness fades away once the buns are HEAPED with whipped cream.

The panna is really piled on, and to be honest, you might want to share your first maritozzo unless you can down a lot of dairy.

Maritozzi are a breakfast of champions, and that takes time. 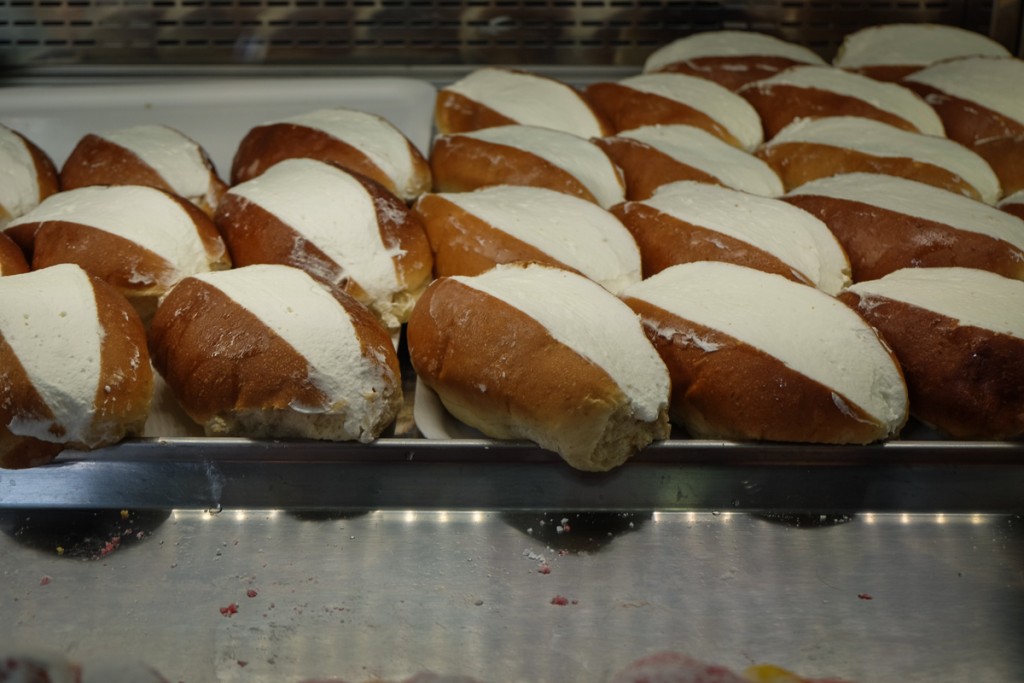 Maritozzi are traditionally Easter pastries, given their Lenten history.  However, Il Maritozzaro serves them in the mornings all year round, and I would argue that are a much better choice than weird Italian Easter eggs. The are one of my favorite things to eat for breakfast in Rome.

Please be forewarned that Il Maritozzaro is a Roman institution, and keeps hours as such.  It is usually open. Most of the time. Very often. In general.