I try not to use too many superlatives unnecessarily but after eating literally hundreds of scoops of gelato, I can say that Otaleg is absolutely the very best gelato in Rome. The only problem with getting a taste of this deliciousness was that the shop was a bit outside of the city center — but now there is (finally) an Otaleg in Trastevere. 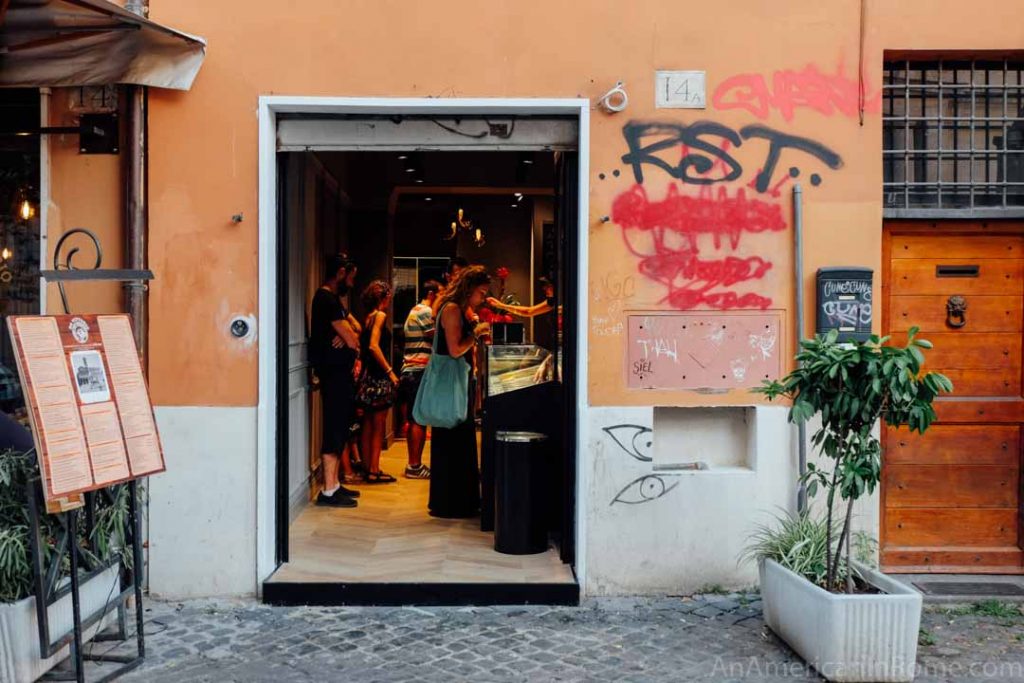 If you haven’t already spotted the play on spelling, “otaleg” is simply “gelato” backward. 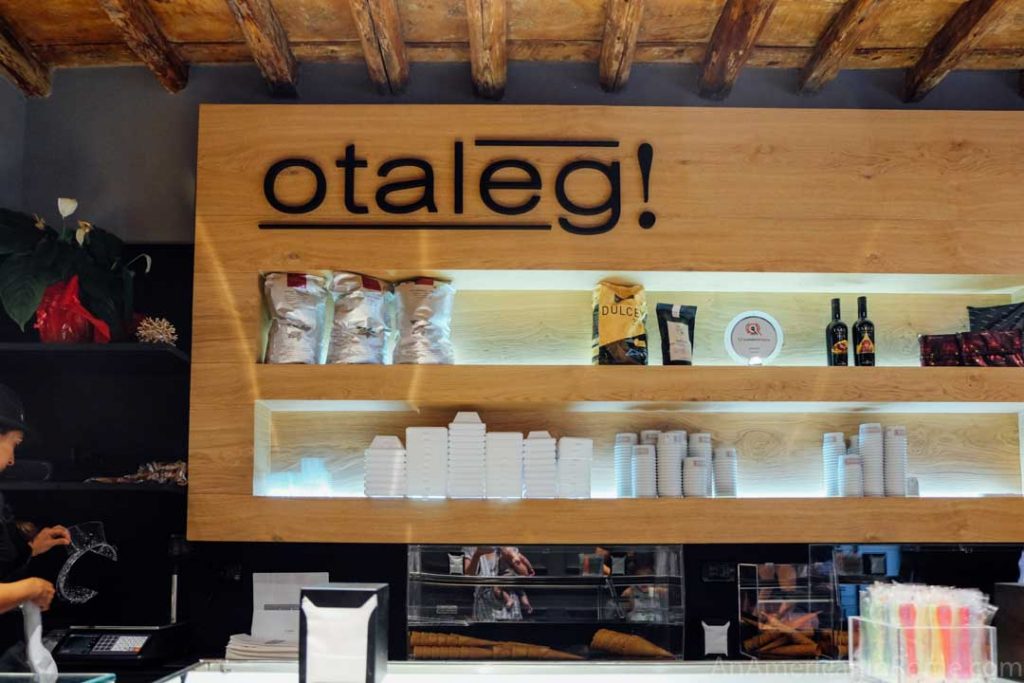 The original location was slightly inconveniently located, but the new outpost is now located between Piazza San Cosimato and Piazza San Calisto in Trastevere. 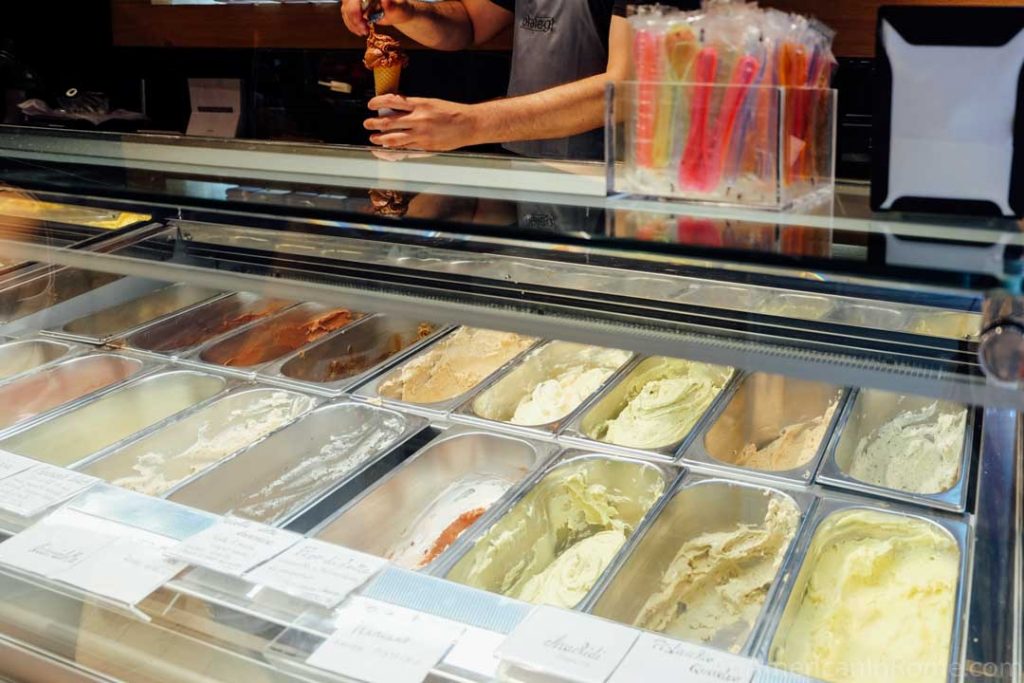 I am a fan of Otaleg because the flavors are a balance between perfectly executed classics, seasonal treats, and some more creative concoctions. 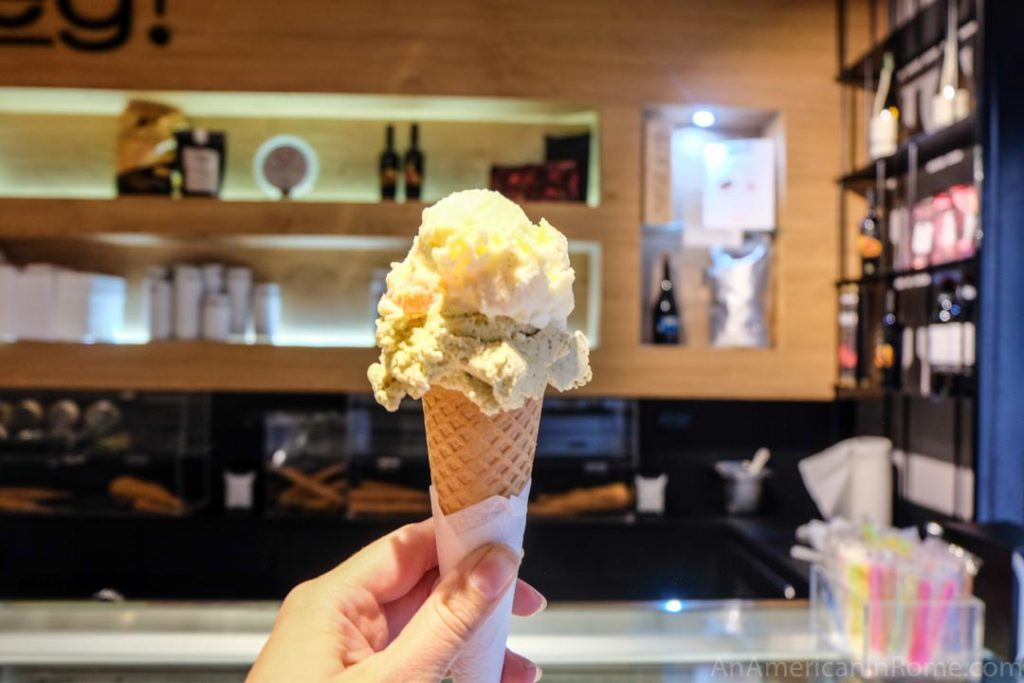 The first layer here, for example? That is the best pistachio gelato that I have had in my life. Ever. Period. Topped with Marco Radicioni’s take on fior di latte, which includes a grapefruit marmalade. 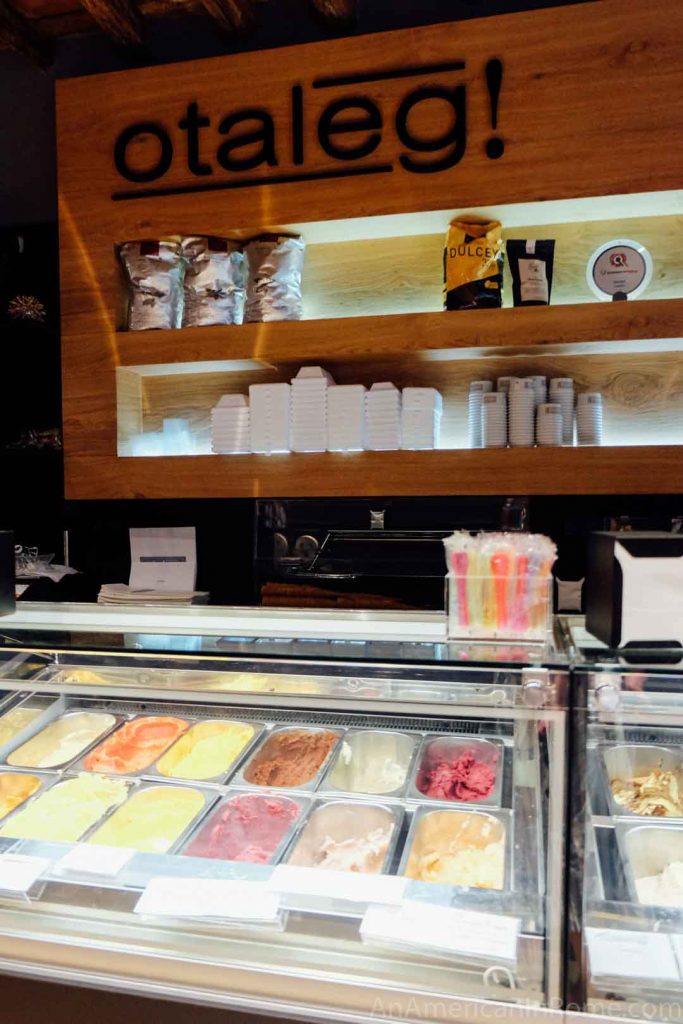 The new gelateria is smaller but sleeker than the original. While it serves some of the absolute Otaleg classics, the shop makes all of its own gelato on site so it is not being transported in from the other location.  The selection is slightly smaller but still excellent. 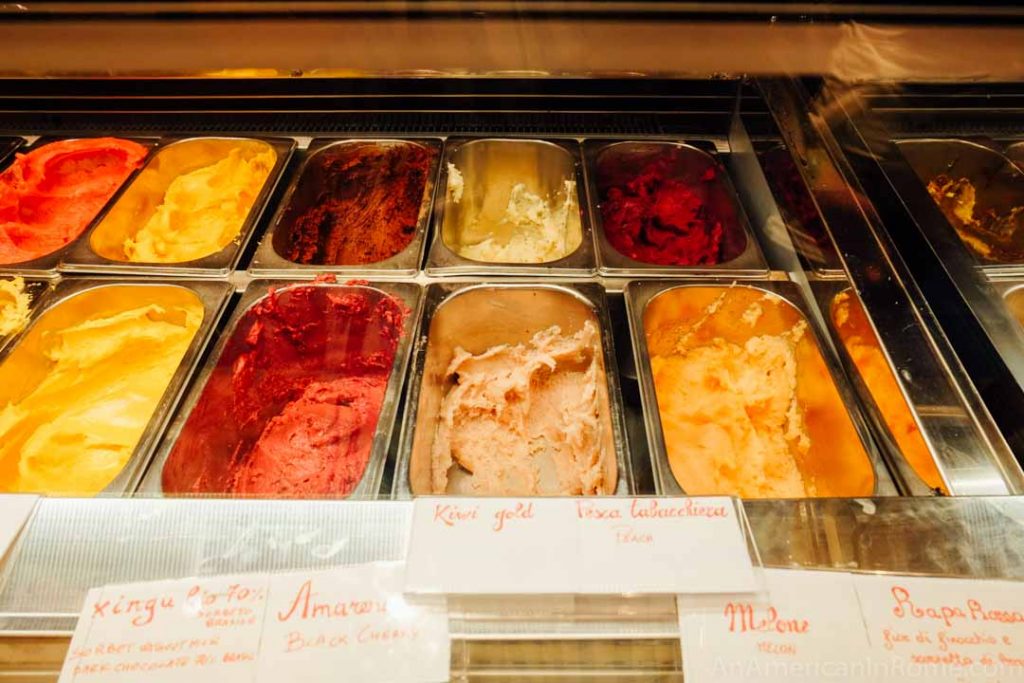 What makes Otaleg my favorite gelato in Rome is the care that goes into every batch – the gelato has the perfect balance of creamy coldness without ever being too much cream.

It was slated to open June 1st, and when it didn’t, I took to emailing them to ask when the new estimated opening day would be.

I have stopped by several times and managed to consume five scoops on the last trip.

When I walked in, I found PierDaniele and Valeria of Seu Pizza Illuminati chatting with Marco in the back.. so I would keep an eye on their dessert menu for some future collabs.

11 thoughts on “Otaleg Gelato in Trastevere”