San Crispino is a must stop when it comes to sampling the best gelato in Rome, which is why one of my first ever blog posts after moving to here was a rave review of their lemon gelato.

Those on an Eat, Pray, Love

quest always find themselves at San Crispino.  Elizabeth Gilbert immortalized the gelateria in her memoir.  I think she wrote about the location by the Trevi Fountain, but our first stop on our three-gelatos-a-day mission was the shop near the Pantheon. 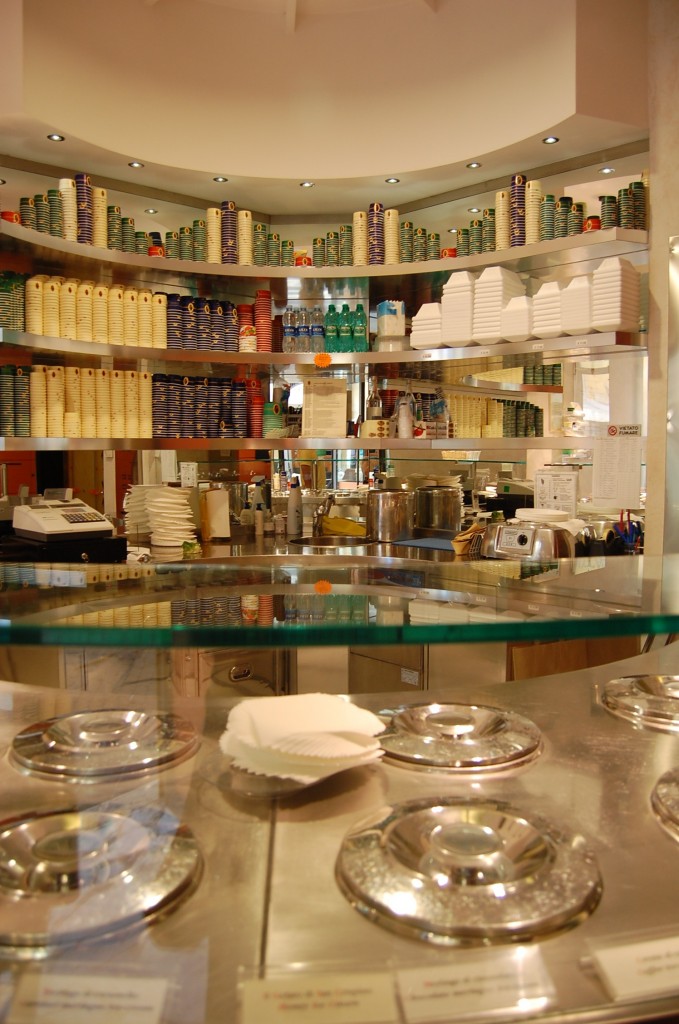 The gelato is always kept covered and out of sight, which I find a bit disappointing and pretentious. Part of the fun of gelato shopping should be eye-gasming over the flavors before having to settle on just one or two.

San Crispino is pricey, even by Rome city center standards.  And and and! They only let you get ONE flavor if you order a small.  What’s that about? You’re always allowed two! Always! Except at stuffy San Crispino.

SO, you shell out 2.30 Euro for one teeny tiny cup with one measly flavor. This is not the standard in Rome, where even a small usually comes with two scoops. However, you get what you pay for and the concentrated flavors really pop.

They tend to discourage you from getting a cone (and sometimes do not even stock them) because they feel that the cone distracts from the actual gelato. 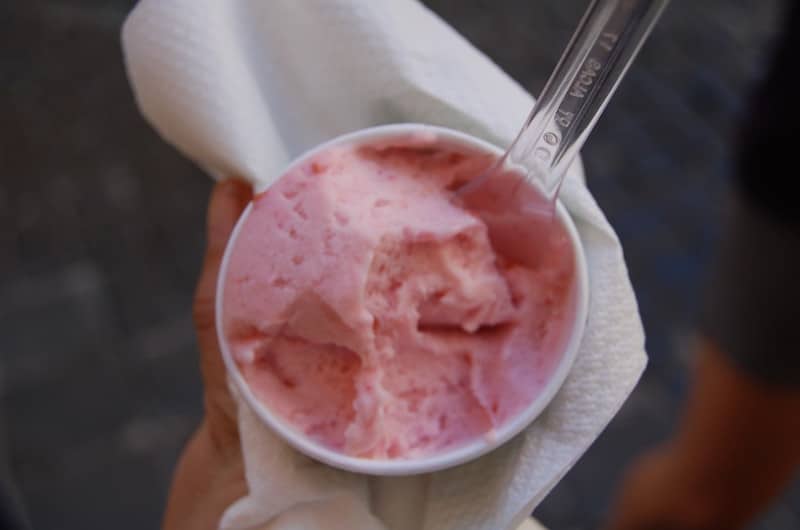 So with all these drawbacks, why go there? Well, because the fruit flavors are damn good.

They are fresh and sweet, and real. It tastes like some ice cream genius managed to fit a whole box of raspberries into a tiny cup with coordinating tiny little spoon.

I went for raspberry and stole a lot of the white peach below: 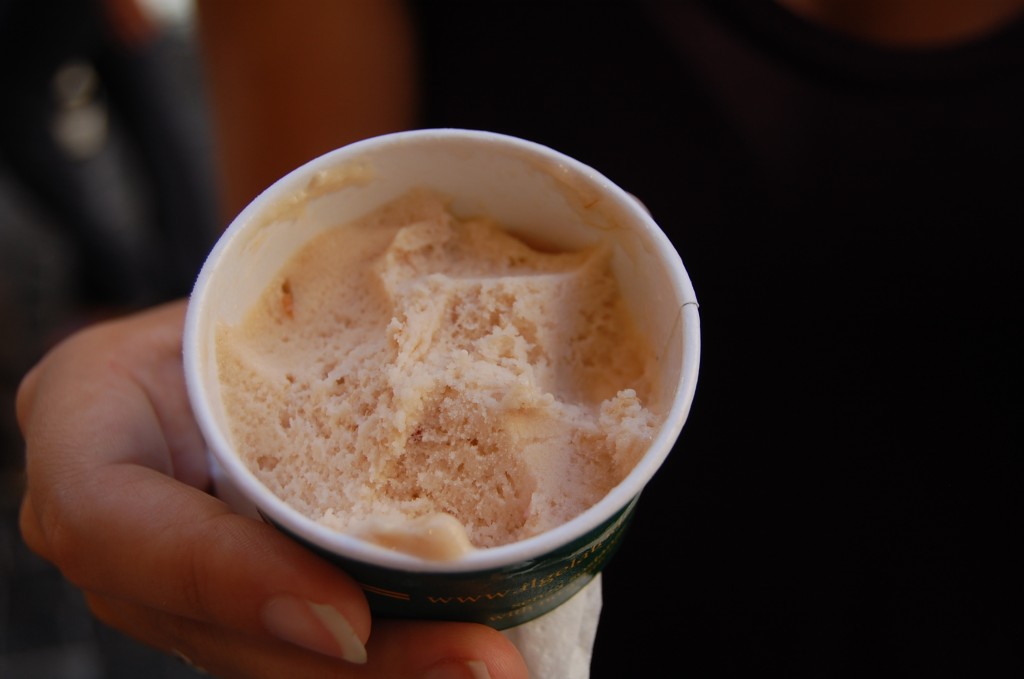 San Crispino also does a lot of alcohol inspired flavors like chocolate rum that I really don’t care for. Others swear by them, and the wine-based flavors are usually pretty nice, but I say: stick to the fruit and you won’t regret it.

Update: (5 November 2018) Ughhh. Prices for a tiny cup are now €2.70, but those fruit flavors are still worth it.  Especially lemon, clementine, and pomegranate.  They do now have cones and whipped cream, so it seems the times they are a changing.

Via della Panetteria, 42 (San Crispino near the Trevi Fountain)

There is also now a location in Fiumicino Airport.