Grom feels American because it feels cookie-cutter.  Grom is not a Roman institution, it is a chain and didn’t open its first location in the eternal city until earlier this year. 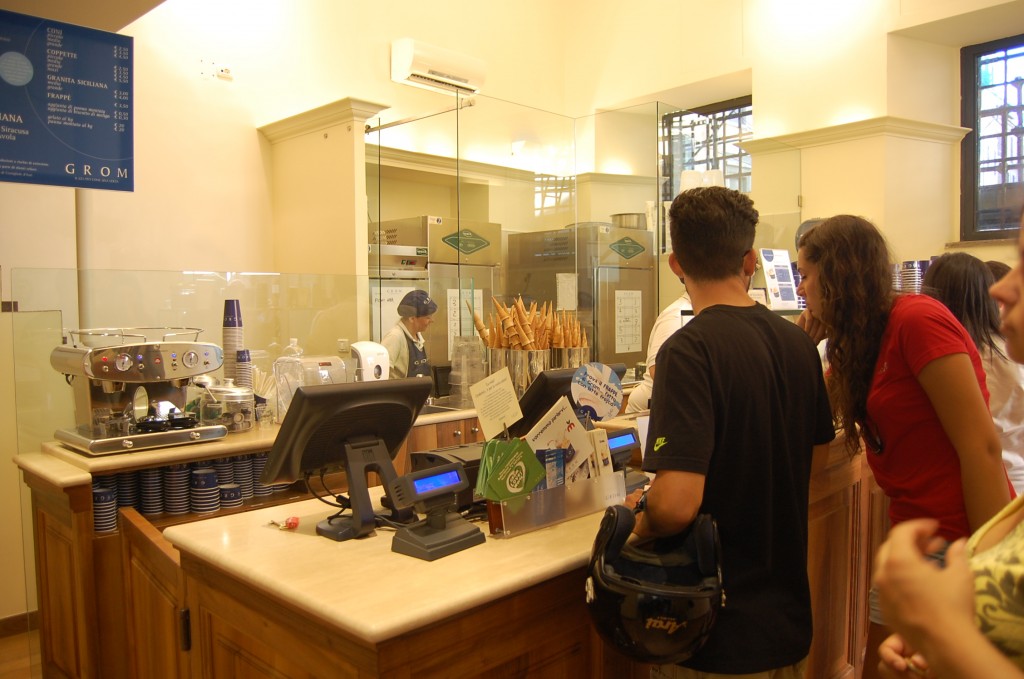 Grom rotates its flavors monthly, which is less often than most of the smaller shops.  Here are the flavors for August: 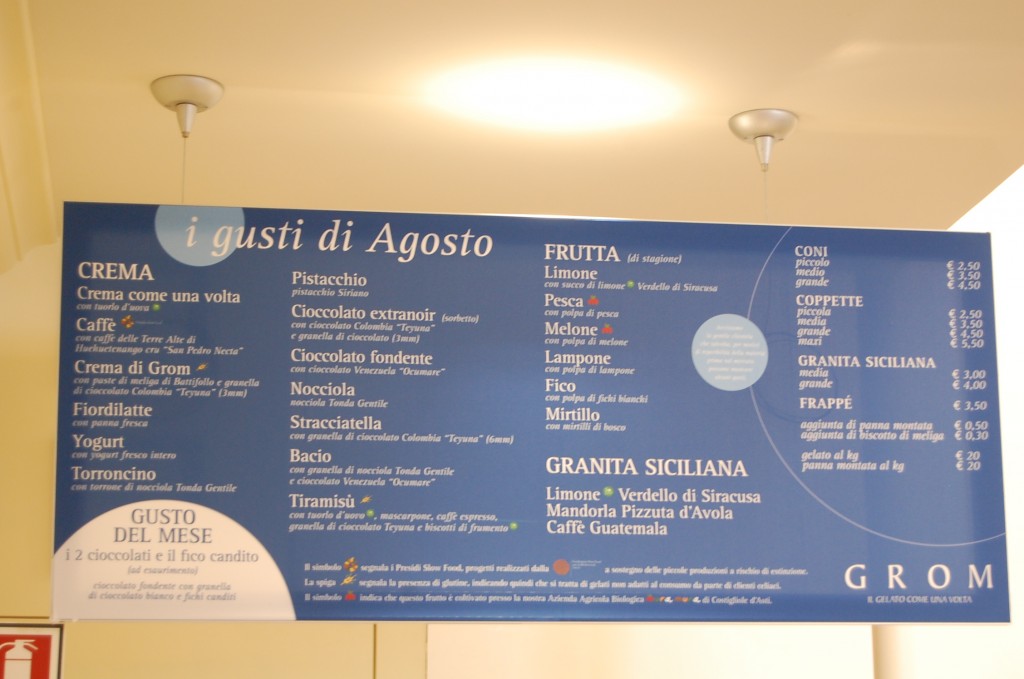 After hemming and hawing and complaining that we couldn’t possibly eat more gelato (spoiler: we could), we alternated flavors to maximize the amount we could sample.

The blueberry (mirtillo) was ah-may-zing.  The fig was… strange. You know how foods can have an after-taste? This had an off-putting before-taste. No thanks. 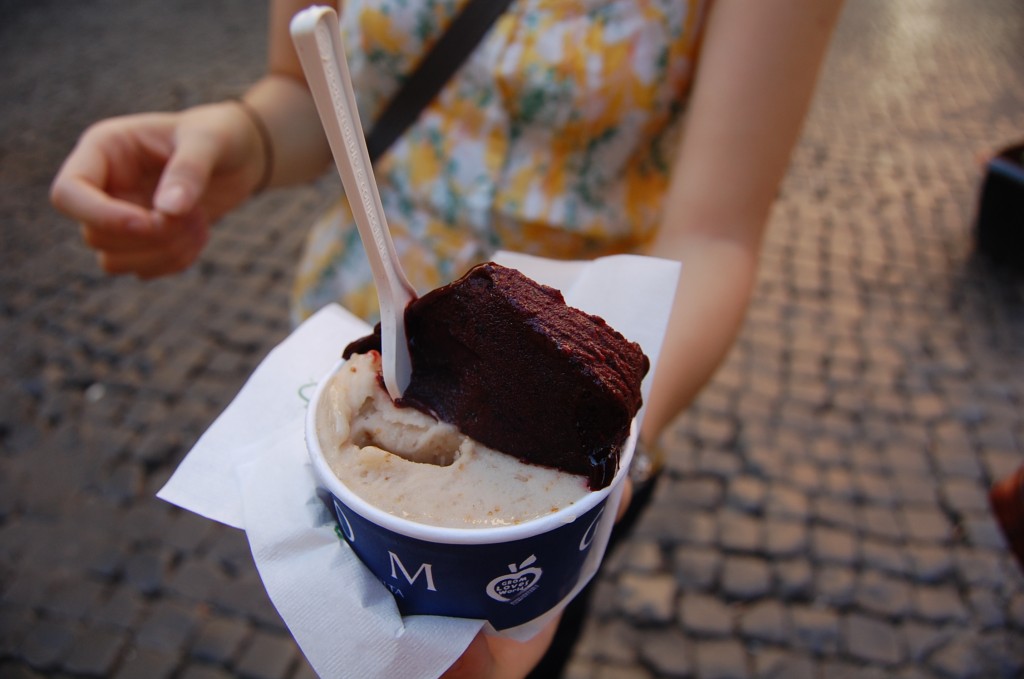 I went for pistachio and crema di Grom, the store’s signature flavor. 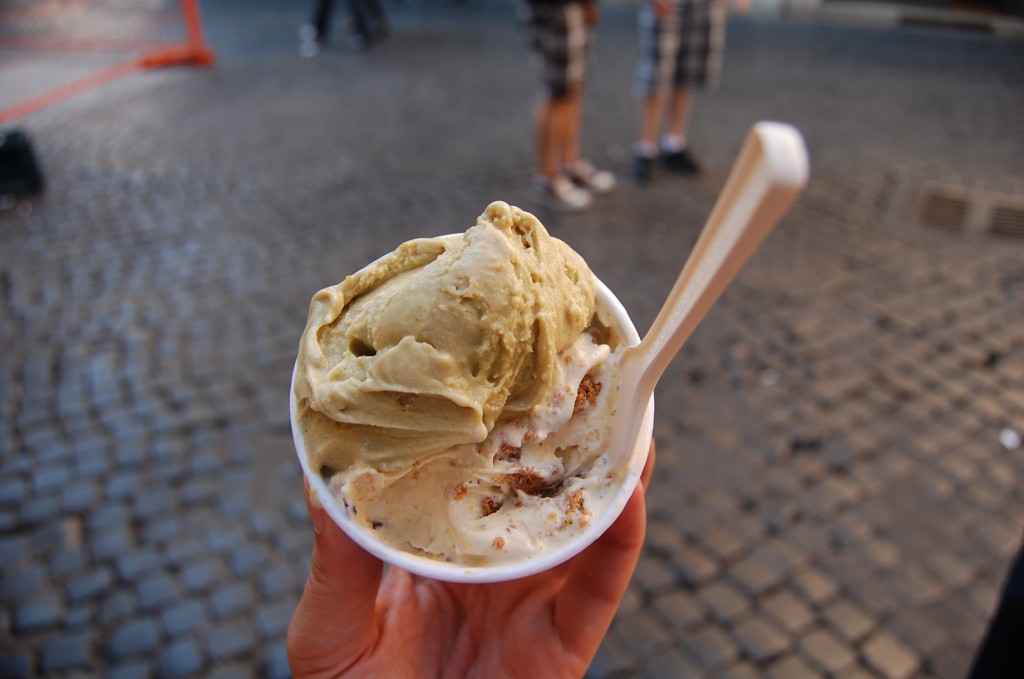 Knowing that we had another stop on the gelato tour, I ditched the pistachio.  And no, it didn’t feel sacrilege to throw away gelato. Grom doesn’t really compare in the grand scheme of things. 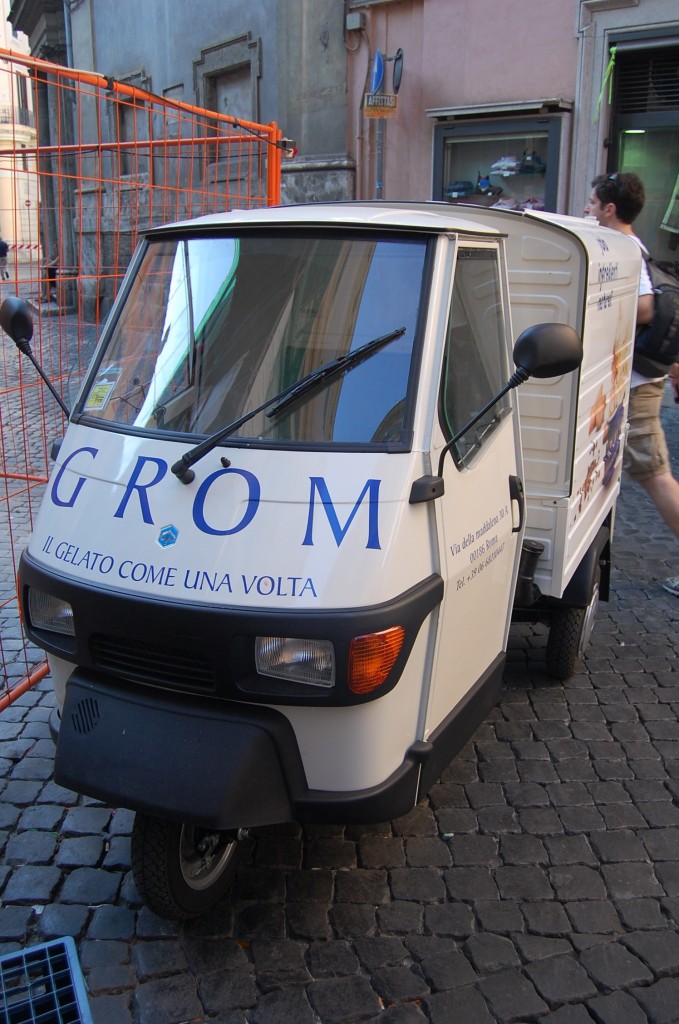 Bonus points for the tricycle truck, though.