“Oh. My. God.” I said, dumbfounded. “Gelato University is a REAL university?” 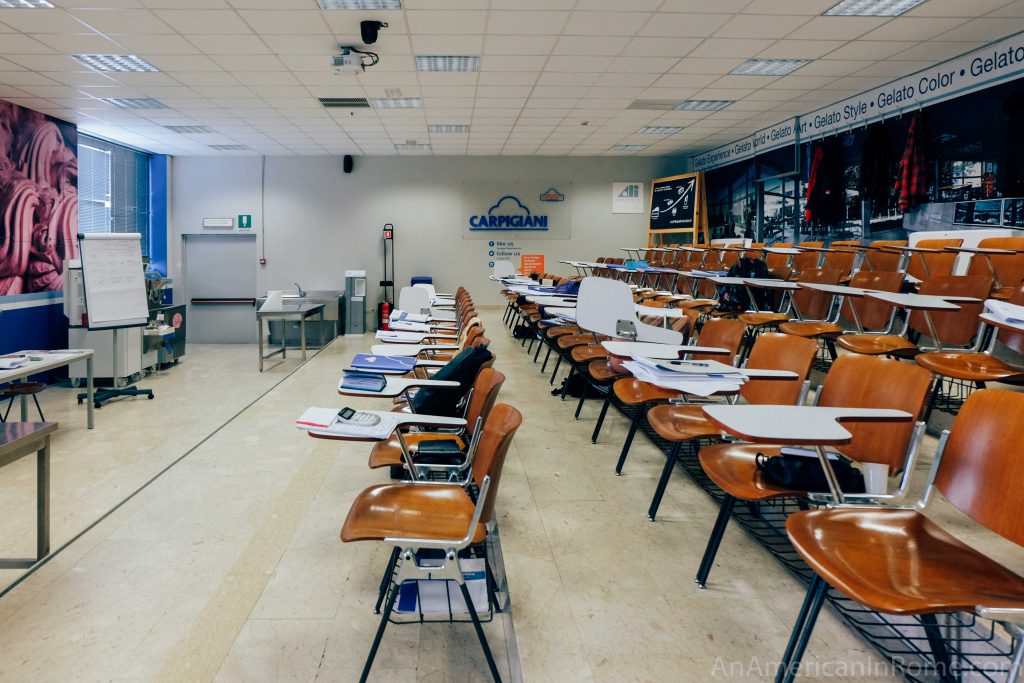 But the proof was directly in front of me. The orderly rows of desks, piled with notes and calculators. 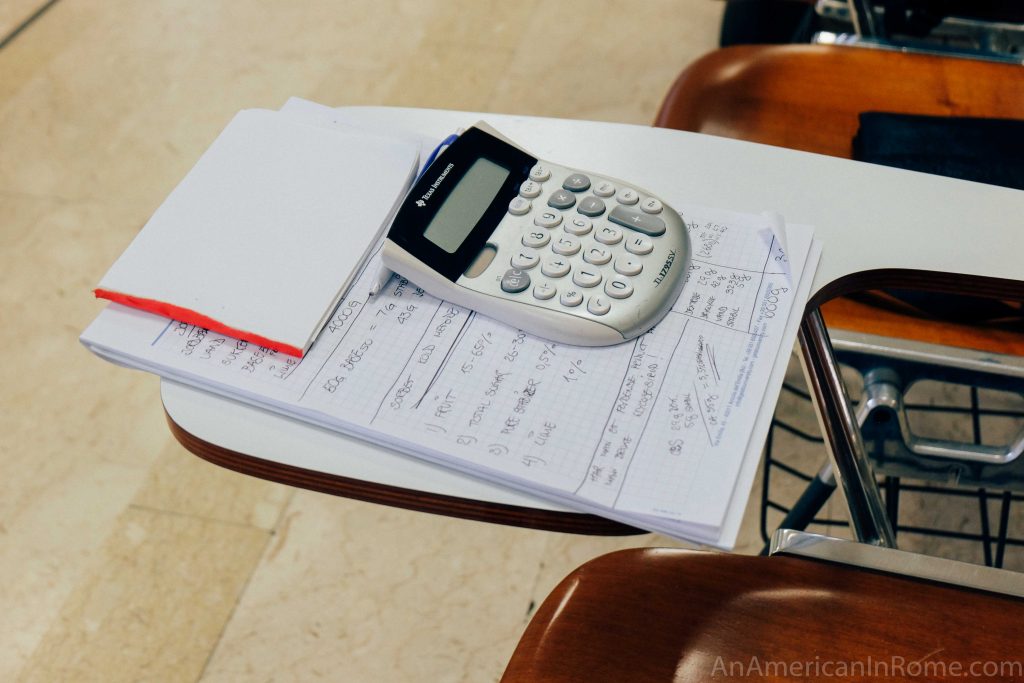 Gelato University is very real, and just as spectacular as it sounds.

Yes, there is a lecture hall but there is also (gloriously) a lot of gelato. 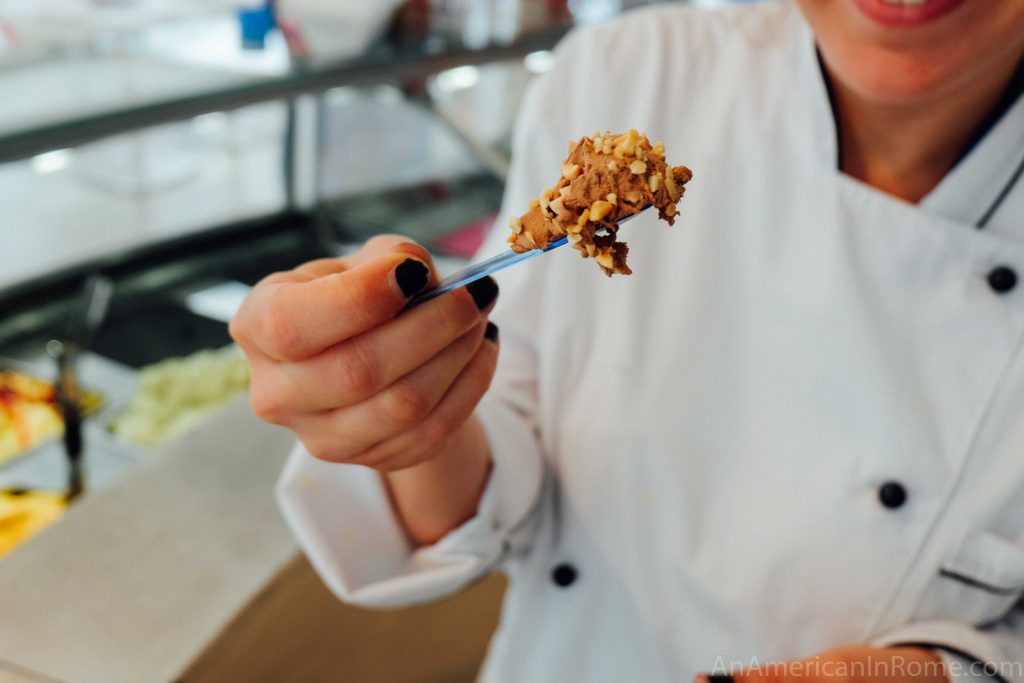 Gelato University was founded by Carpigiani in 2003.

The brand, which makes gelato equipment, realized how important education was to ensuring that quality Italian gelato would triumph over more industrialized ice cream.

The classes are held at Carpigiani headquarters, just outside of Bologna. The students are professional gelato makers (current or with future plans) who travel to the Bologna campus from all over the world, but there are also 11 satellite schools located globally. 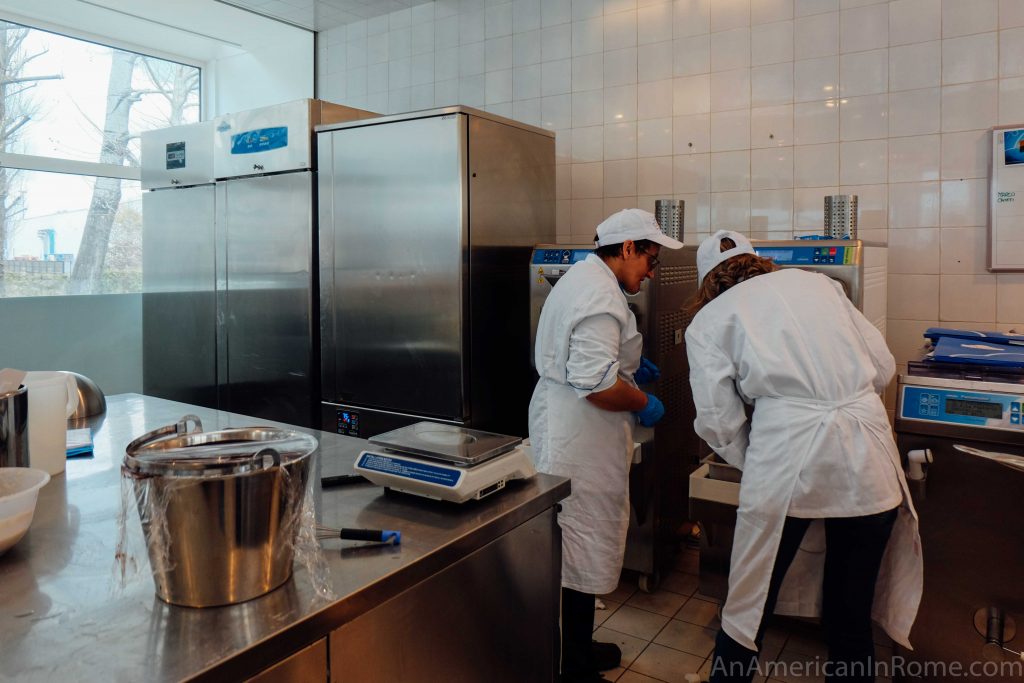 When I stopped by the lecture hall I spoke with a woman from Nigeria, a couple from Slovenia, and a man from Holland. All at Gelato University for the love of the food, but also to learn very real skills during the week long course. The courses are a blend of theory (lectures) and practice (making a looooot of gelatoooo).

Unfortunately, my life choices have not (yet) led me to running my own gelateria, so I skipped the full curriculum, but you can find out more about the courses here.

I do, however, have a small obsession with finding the best gelato in Rome, and everywhere else for that matter.

I was ready to learn how gelato was made.

It was time for a masterclass. 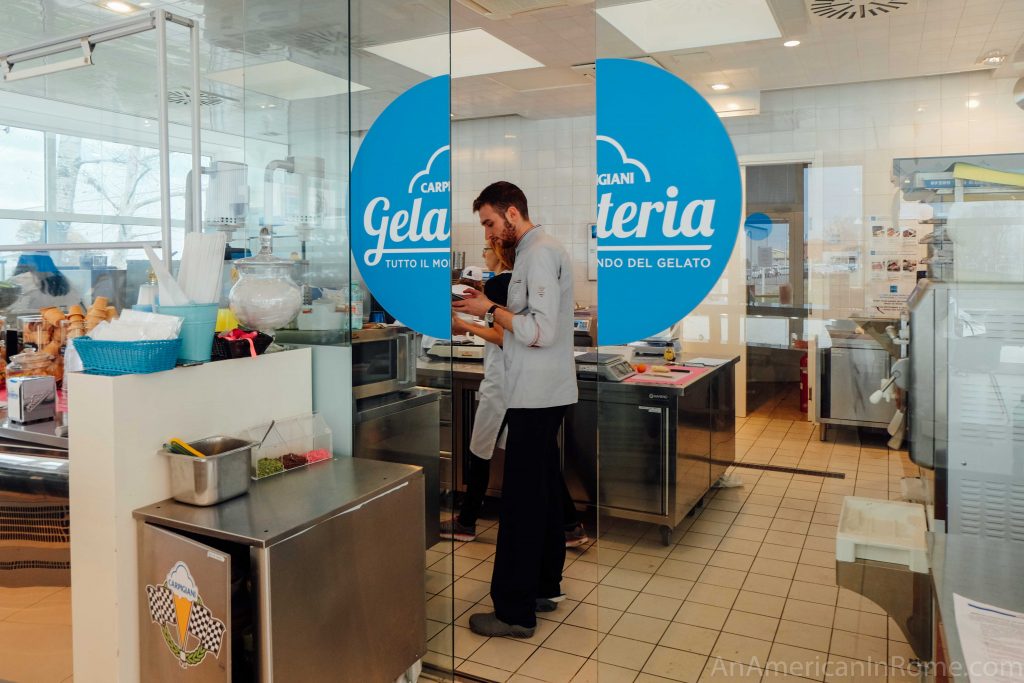 Carpigiani was founded in Bologna, but is now located about 35 minutes outside of the city by bus. I hopped on the 87 bus from Bologna Centrale to Anzola Emilia. 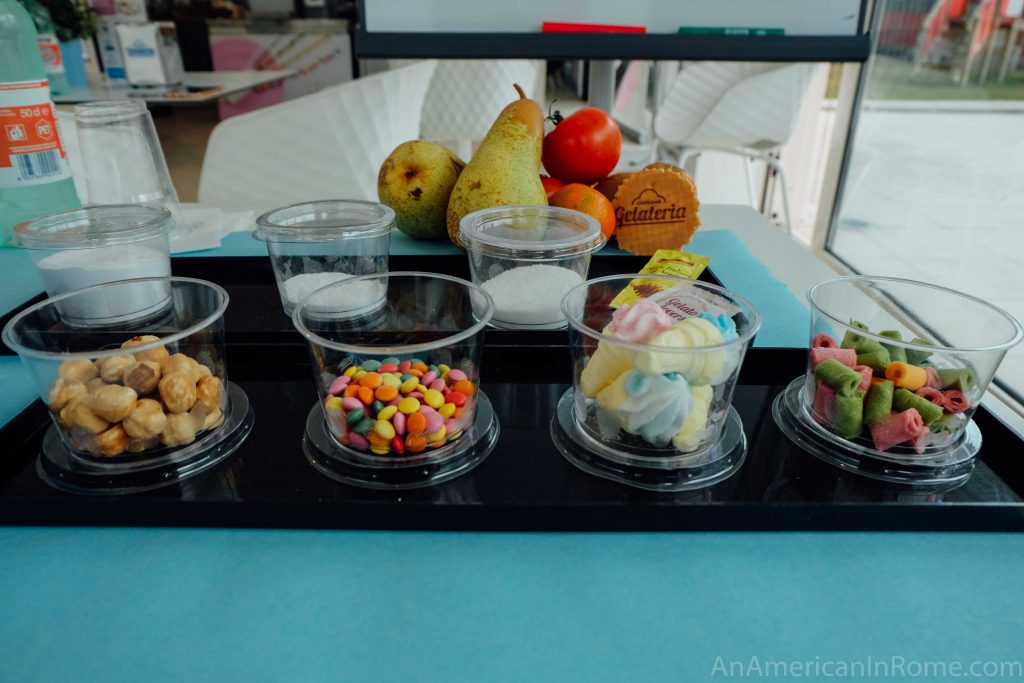 Donning an apron and a Gelato University hat (which I will now use all summer, thankyouverymuch), I sat down for the lesson. 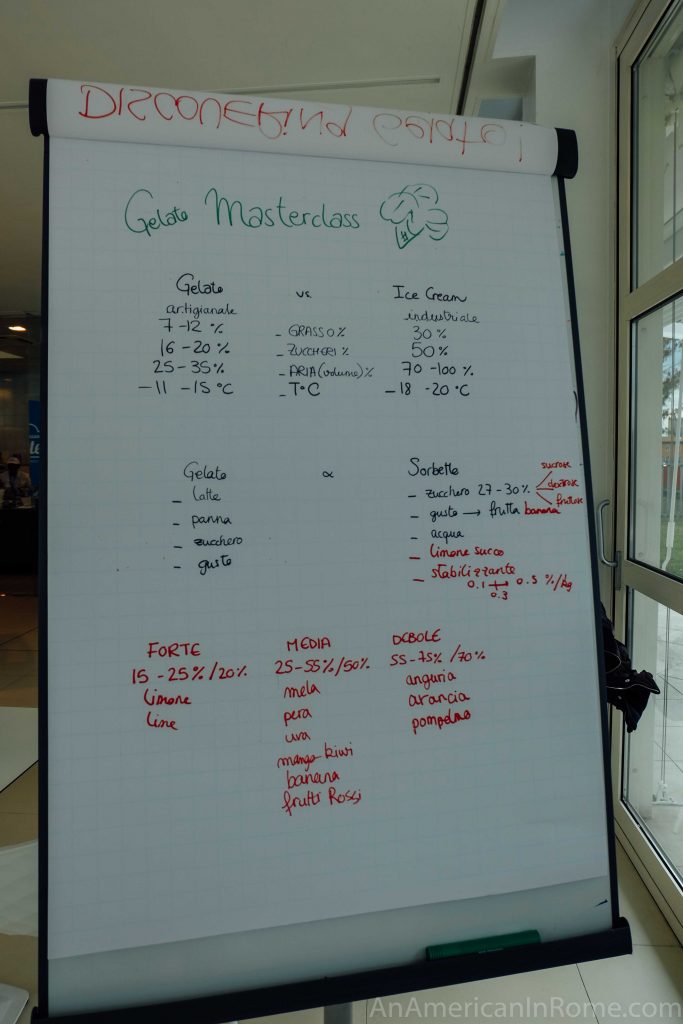 First, we talked about the difference between ice cream and gelato. Then, we got into the gelato making specifics – how much sugar, what kind of sugar, which fruits, how much water or milk?

We talked about the technical details of how to make gelato, but took plenty of breaks to sample the real thing.

“See? This one has more milk, and this one is a sorbetto,” said my lovely instructor. 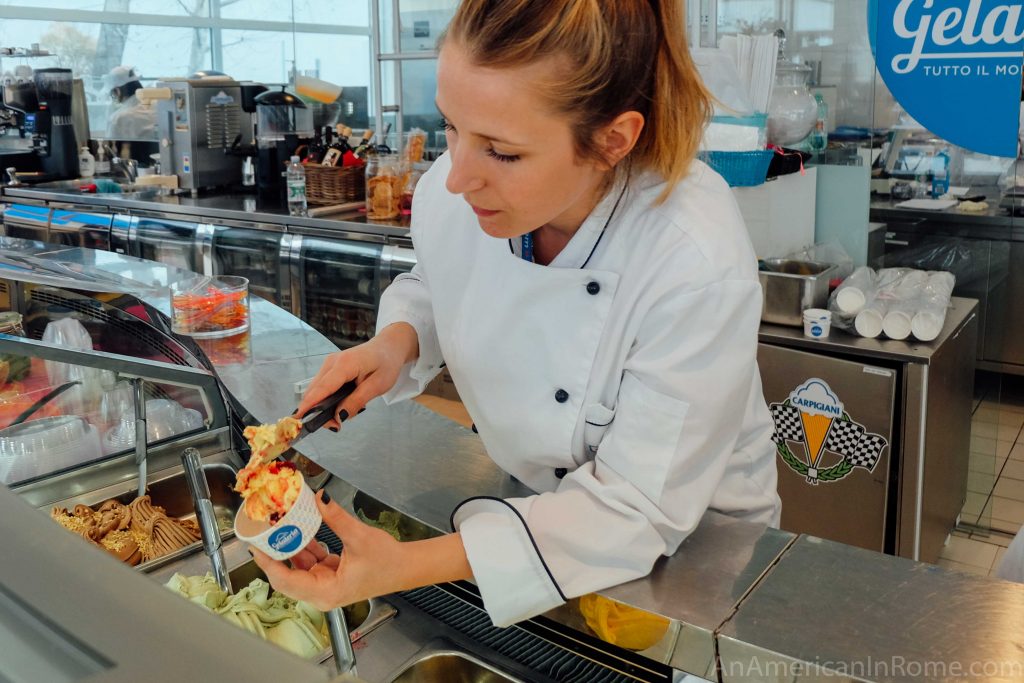 I simply nodded, because I was too busy eating.

I would be making banana, so I had to literally take out my phone calculator and work out the proportions of ingredients needed to create the perfect final product.

Full disclosure: I had no idea how much math was involved, but I survived. 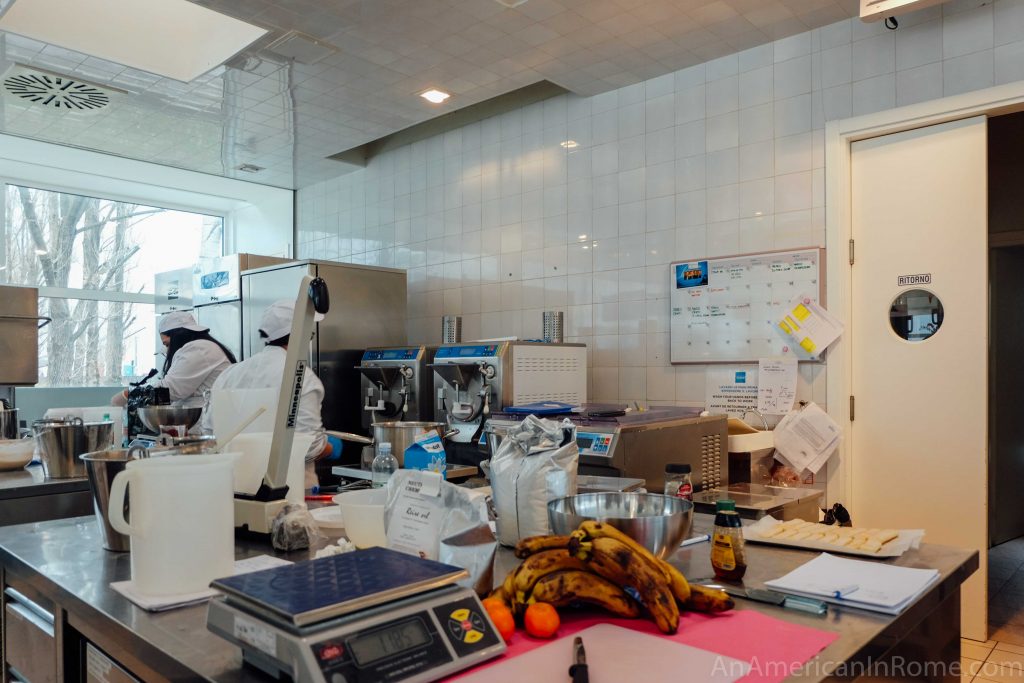 Armed with the recipe, I headed into the gelato laboratory to weigh and measure everything out.

Then it was onto mixing, and finally I poured the banana mixture into the gelato maker for 8 minutes. Waited. Scooped and plated this: 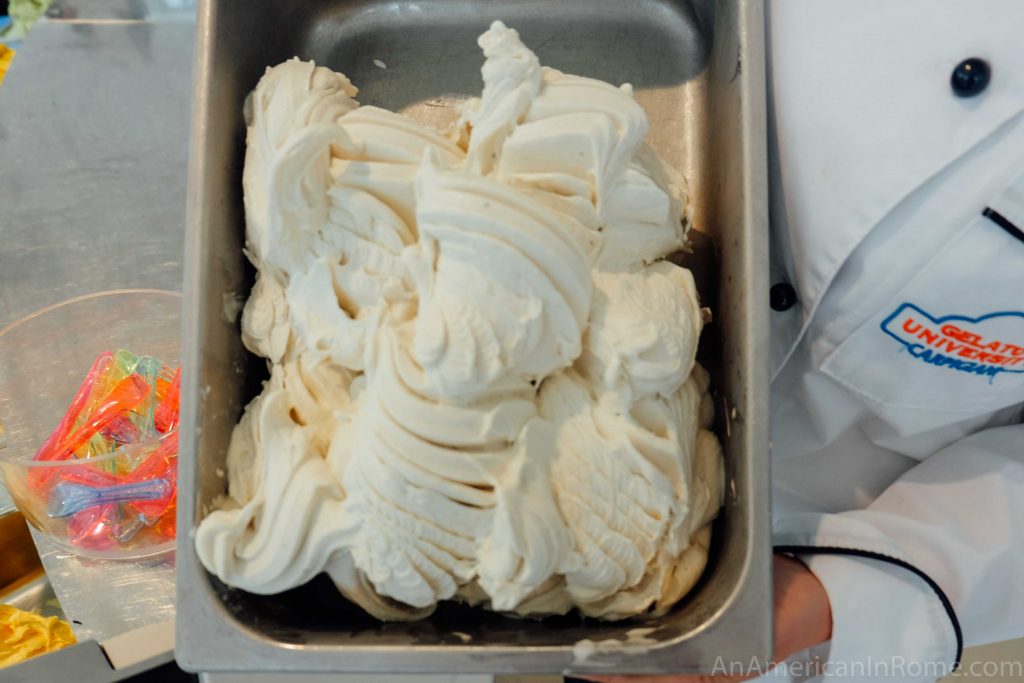 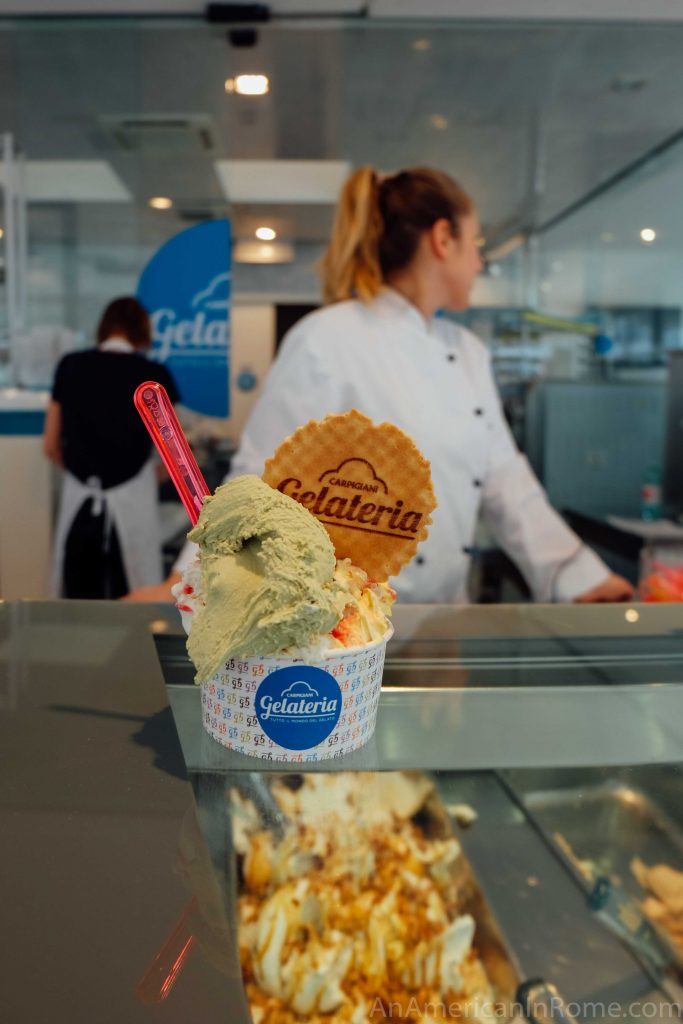 And it was good! And then I got to eat some more!

The Carpigiani store is a working gelateria so there was plenty to sample, but it was amazing to step behind the scenes and participate in making some of the gelato myself. 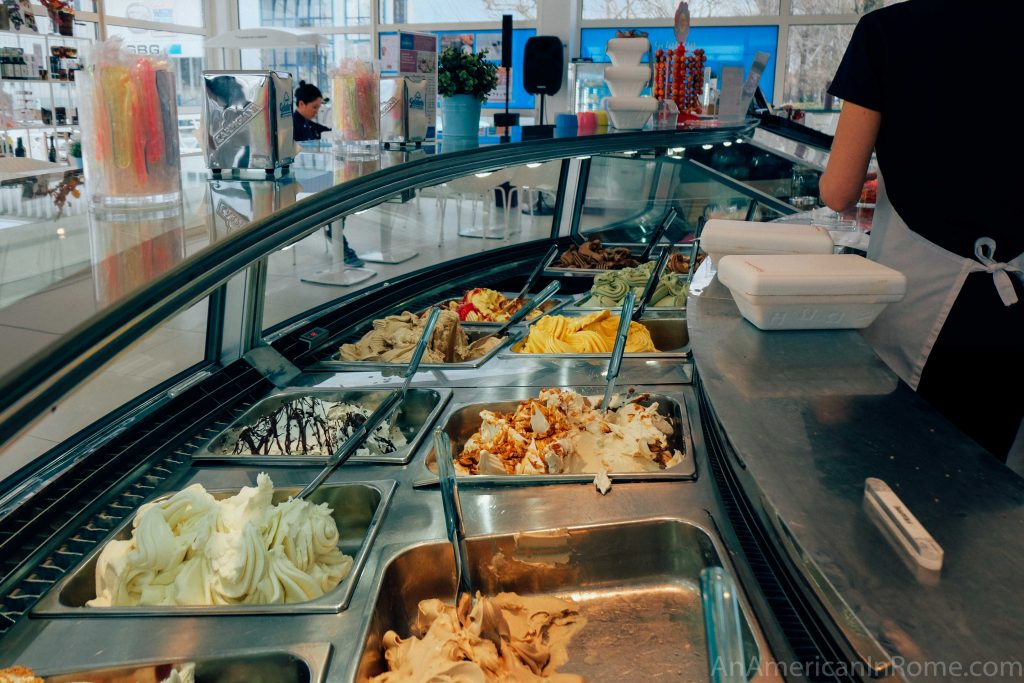 The gelato masterclass experience costs €50 and lasts about 2.5 hours. It includes the class, the recipe development, making the gelato, eating the gelato, and taking a tour of the Gelato Museum. (The masterclass is actually offered via the museum, rather than Gelato University).

You can book your masterclass here.

It was quite frankly one of the best things I have done in Italy. I mean, I knew that Gelato University was going to be good, but I didn’t really realize how much fun it would be to learn about the process of making gelato and the history of the frozen treat.

I liked it so much that I’m going back on Thursday.

9 thoughts on “Gelato University: A Masterclass in Gelato Making”