Once upon a time, I went to Gelato University and visited the Gelato Museum outside of Bologna. I learned so much about the history of Italy’s favorite frozen treat and had a lot of fun in the process. Carpigiani is world-renowned for their equipment and their approach to promoting true artisan gelato – so when their recent newsletter about the qualifiers for the Gelato World Masters competition landed in my mailbox, you can believe I was paying attention. 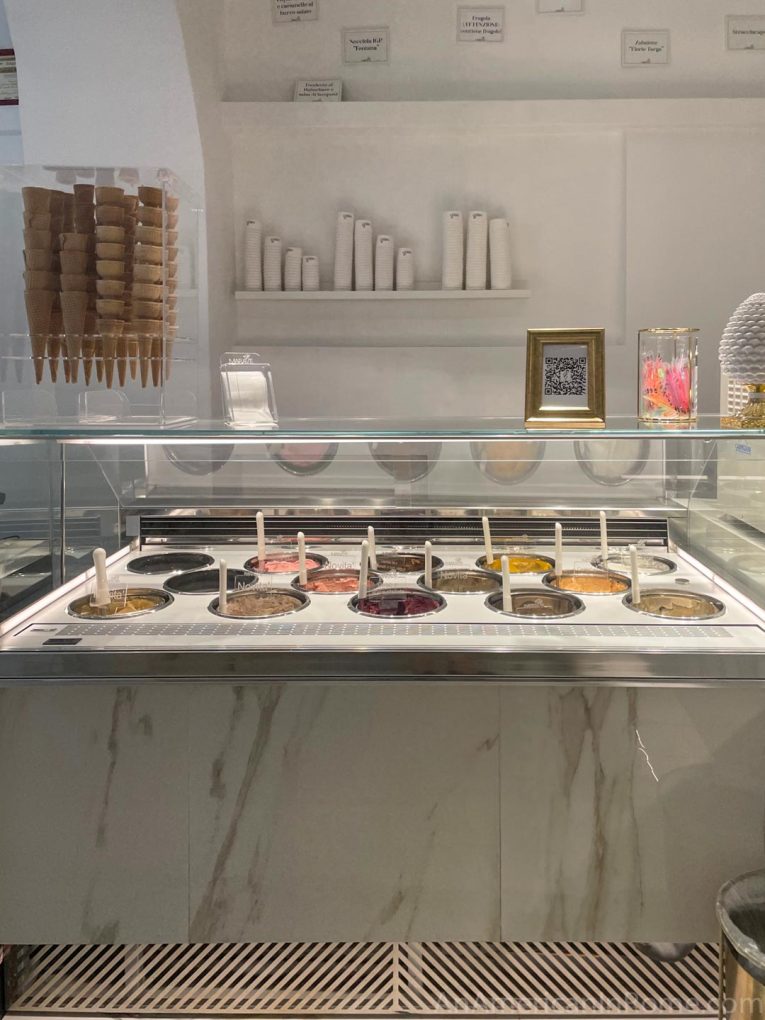 My eyes skipped along to see which of the 52 best gelaterie in Italy were actually located in Rome. I saw some familiar names (like Corona), but there was a new gelateria that I had never heard of: Maravé. And the flavor that secured it a spot in the semi-finals was equally intriguing: Thai Almond. 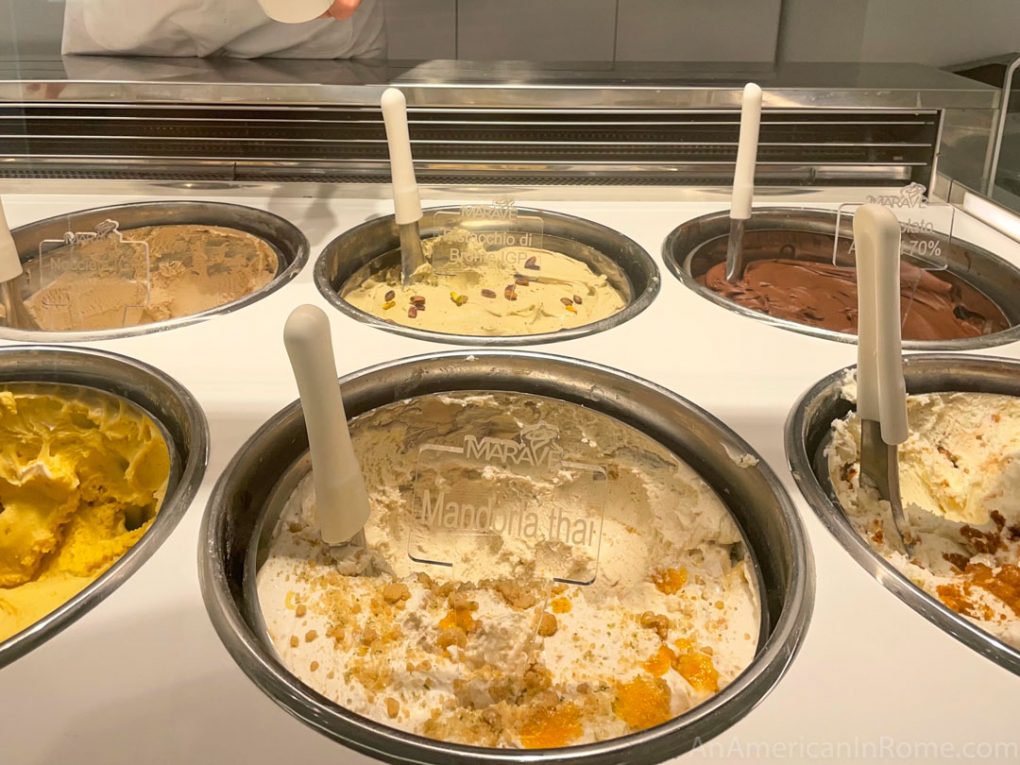 Maravé opened just one month ago right on Campo de’ Fiori. It has a lovely modern interior and chocolate-dipped treats glittering in a window freezer display. But, if I had not known that the gelato maker Emanuele Avaro had just created one of the best flavors in Italy, I probably would have avoided going in. This part of town is notorious for touristy gelato filled with artificial colors and flavors. 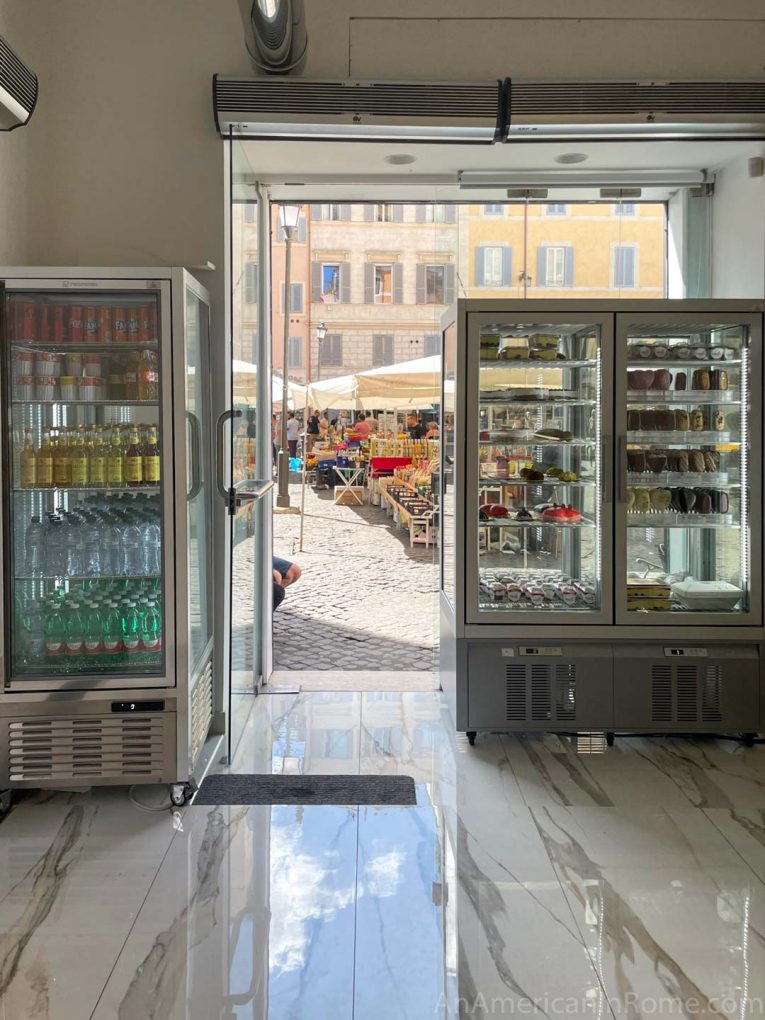 However, Maravé simply has an amazing location and delicious gelato. They were happy to let me sample some of their more unique flavors but I was drawn to the one that had prompted me to seek them out in the first place – mandorla thai and dolce cannolo were both excellent. Stop in soon and be one of the first to try Emanuele’s creations. 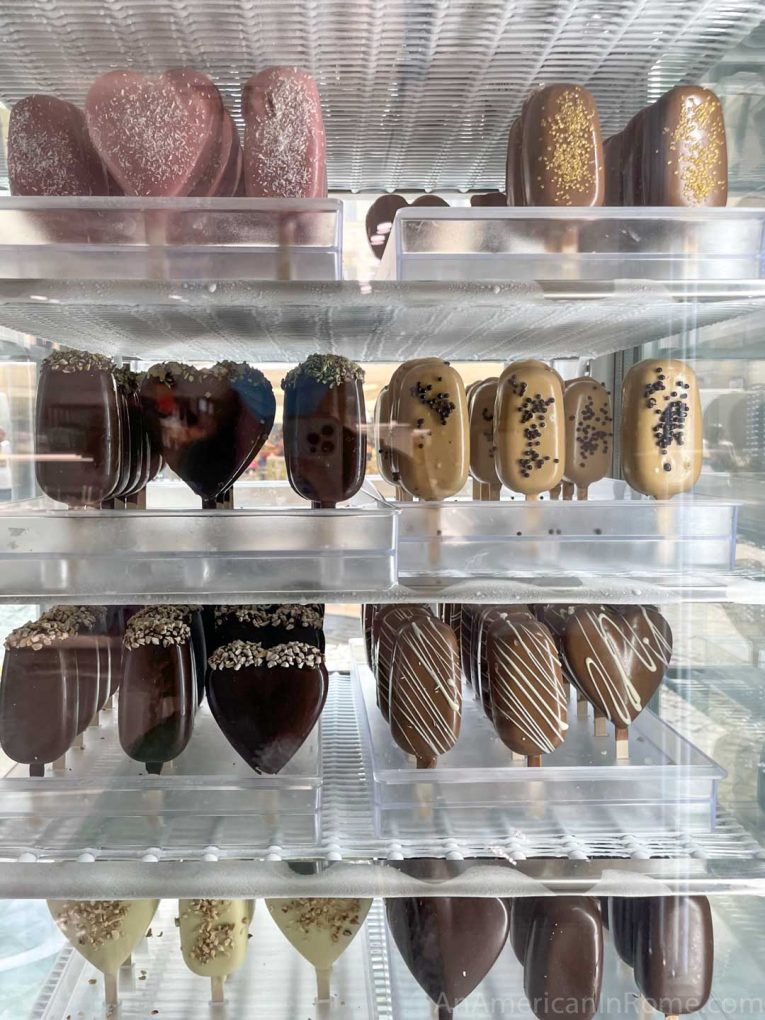 I typically skip eating on Campo de’ Fiori itself as most of the restaurants are classic tourist traps. However, Maravé is in good company on the square. You can find it one door down from the historic Norcineria Viola, and there is my always-favorite Forno Campo de’ Fiori just a minute away. 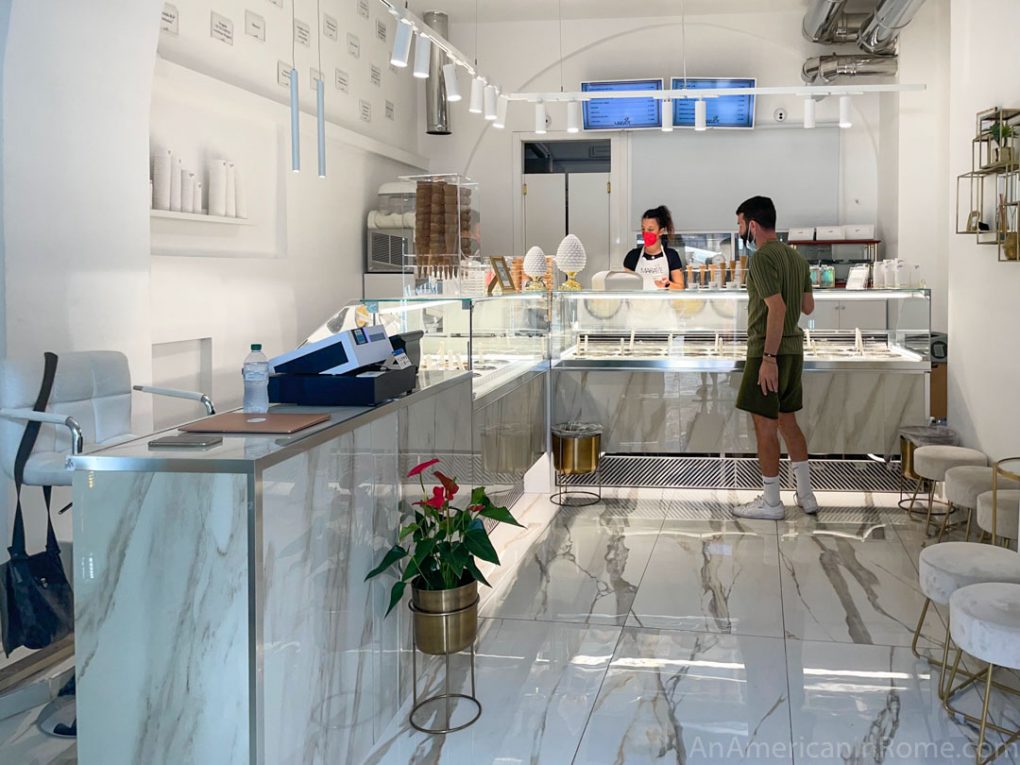 Looking for more sweets? Here’s where to find the best gelato in Rome. 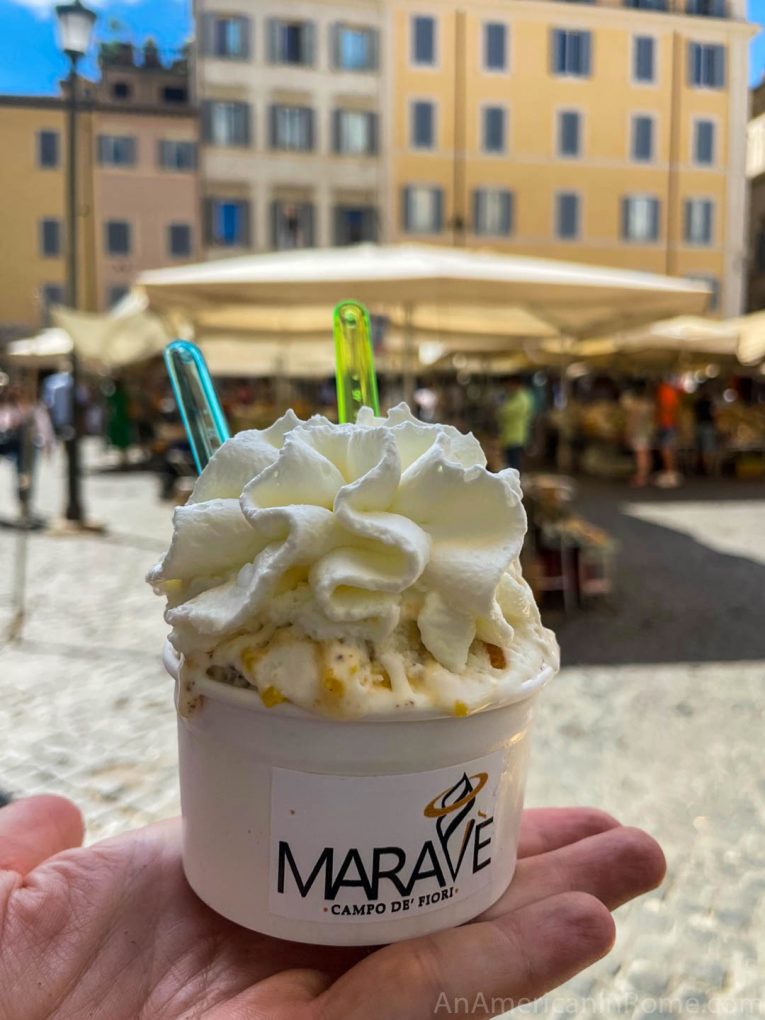