Rome is still absolutely buzzing from its late February snow fall, which blanketed the city for the first time since 2012. As March begins, there are still patches of ice on the ground but there is no need to let the sudden cold snap damper plans to get out and about with some great March 2018 events in Rome.

From wine tastings, to art exhibits, and even a historical reenactment of the death of Caesar, here is what to do in Rome this month:

3-4 March: If you are interested in Scottish spirits, the Roma Whisky Festival is unmissable. Check out the tastings, masterclasses and seminars, or pick up a few bottles for your collection when it touches down in EUR.

4 March: The first Sunday of the month in Rome always means free entrance to museums like Galleria Barberini and major sites like the Colosseum. For a full list of participating places, see the website for Domenica al Museo.

4 March: Expect this to be a busy travel day as Italians head out to vote in the national elections.  The Italian elections are drawing a lot of international attention and you can read more about it in the NYT or watch this clip from John Oliver.

8 March: Today is International Women’s Day, which is celebrated in Italy as la festa della donna. The first Women’s Day was actually held in the US, but I had never heard of the holiday before I moved to Italy. It is marked with yellow mimosa buds, and many women head out to dinner – so be sure you have a reservation if you are planning to eat out tonight. If you are politically inclined, you can join the women’s strike planned in Piazza Vittorio.

8 March: Speaking of strikes… a national general strike has recently been called for March 8th. Expect public transportation (and even potentially planes/airports) to be effected.

9 March: The Joel Nafuma Refugee Center is hosting a West African Fundraising Dinner to support the amazing work they do for the community in Rome. Tickets can be booked by emailing [email protected]

10 March: My husband Jimmy is having an art show opening at St. Paul Within the Walls on Via Nazionale. The show will feature a series of portraits that he has been developing – and we would love to see you there from 4 pm – 7 pm. (Via Napoli, 58 – just off Via Nazionale).

11 March: If you love gelato (and you know I do), then head to Fassi in Esquilino to try new flavors inspired by the lively Roman neighborhood. The tasting event will feature specially created flavors by restaurants, bars and coffee shops in the area from 4-7 pm. 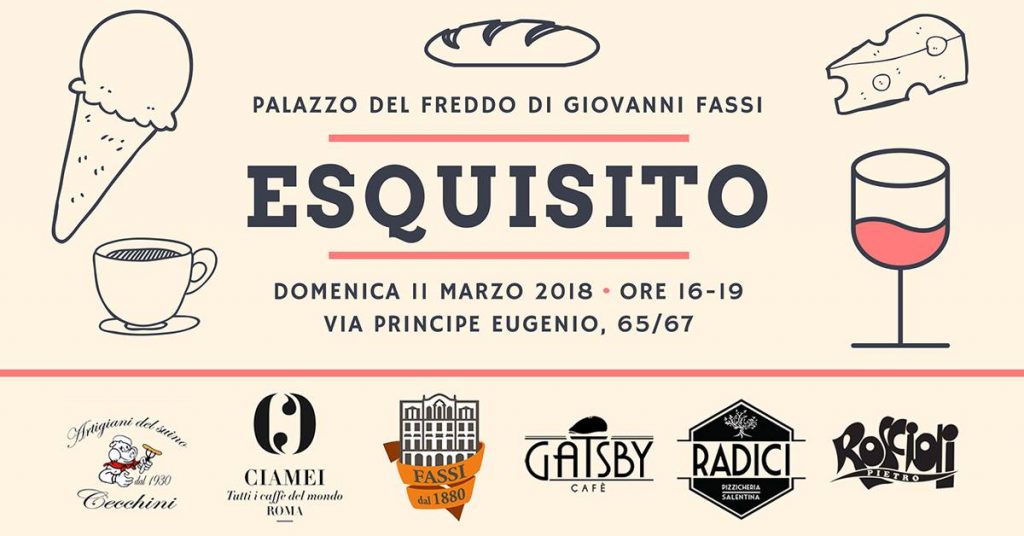 13-15 March: The Libri Come Literary Festival returns to Rome for the 9th year to explore the theme of “happiness” in literature. More information about the events and readings by international authors is here.

15 March: Beware the Ides of March! This is the day that Caesar was assassinate in the area that is now the Largo Argentina cat sanctuary. To mark the occasion, there will be a historical reenactment among the ruins at 2 pm… or you can pop by Caesar’s grave in the Forum to leave some flowers. 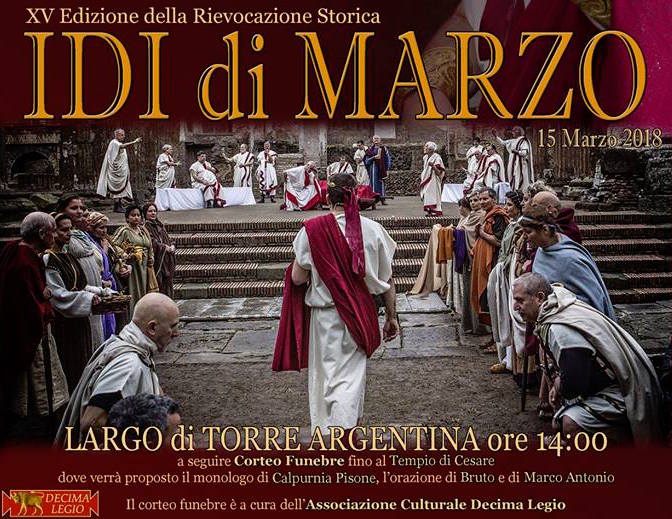 17 March: Happy St. Patrick’s Day! Here’s to hoping that the city illuminates the Colosseum in green again – and even if not, you can still celebrate with a pint at one of the best Irish pubs in Rome. To really go all out, book tickets for the Irish Club Ball that night. 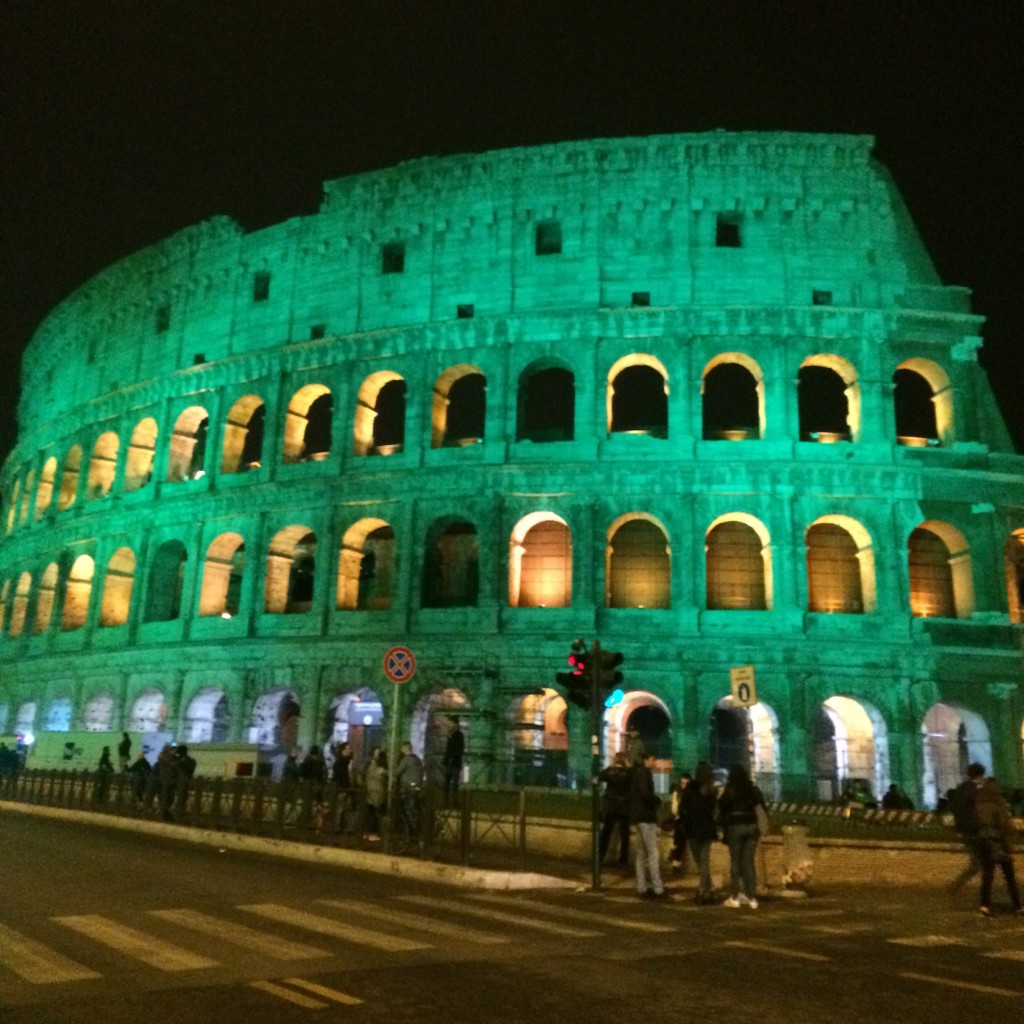 17-18 March: If pints aren’t really your style, you can find plenty of natural wine to drink at the Vignaioli Artigiani Naturali event in Testaccio’s Citta dall’altra Economia. The wine tasting will cost €10 (plus €2 for the glass), and allow you to sample wine from producers all over Italy who create their vino without the addition of any chemicals. The event runs from 11 am – 8 pm on Saturday and 10 am – 7 pm on Sunday. 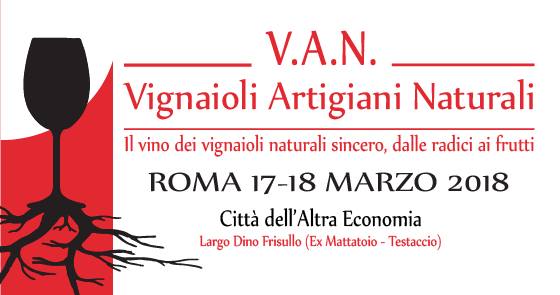 24 March: Moving onto Easter, you can find the Easter Bunny and an egg hunt at the Hard Rock Cafe’s Easter brunch.

25 March: Hortus Urbis, an educational garden in the Appia Antica Park, is hosting an Easter egg hunt for kids 0-5. The cost is €10 and you can reserve a spot by emailing [email protected]

26 March: The event is SOLD OUT! But you can learn more and support the project on Kickstarter.

29 March: Craving hot cross buns? Sofie of The Eatery pop up (one of my favorite places for a meal in Rome, btw) is taking special orders for a bake sale on the 29th. Email [email protected] by Thursday.

29 March: There will be a Papal mass at 9:30 am for Maundy Thursday inside St. Peter’s Basilica.

30 March: The Pope will lead the Good Friday procession known as the Via Crucis (Stations of the Cross) at 9 pm the Colosseum. The monument will close at 1 pm to accommodate the event

Monet: Due to its popularity, the gorgeous impressionist Monet show at the Vittoriano has been extended. You now have until June 3rd to see the  60 works from Paris’ Musée Marmottan Monet.

Citazioni pratiche: Fornasetti a Palazzo Altemps: A gorgeous exhibit of over 800 items from the Fornsetti design archives is currently on display at the already lovely Palazzo Altemps until May 6, 2018. 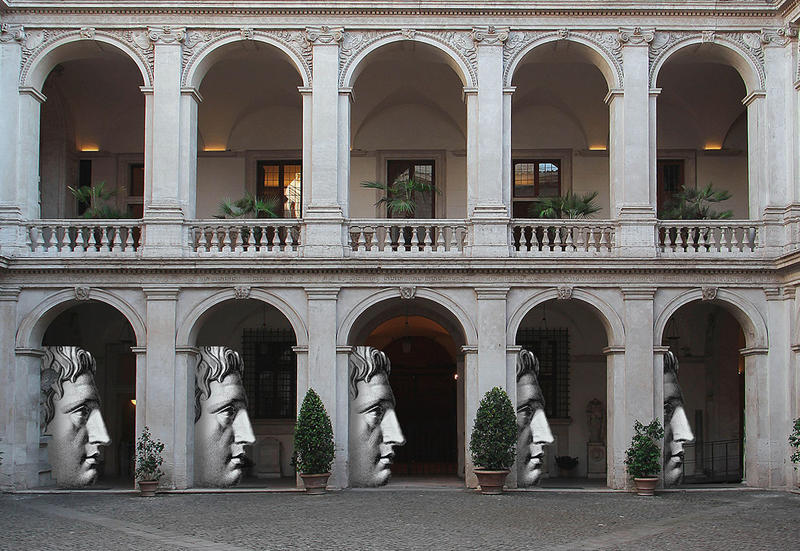 Magnum Manifesto: Head to the Ara Pacis for a photography exhibit highlighting the most historically poignant photos from 70 years of Magnum photojournalism archives. The exhibit starts 7 February 2018 and runs through June 3rd.