If you ask Natalie how we met, she’ll tell you we met through friends. But if you ask me? Well, we met at an Irish pub in Rome.

Both stories are true: a mutual friend convinced her to come to the pub to have a few pints on a Sunday, and introduced the two of us. 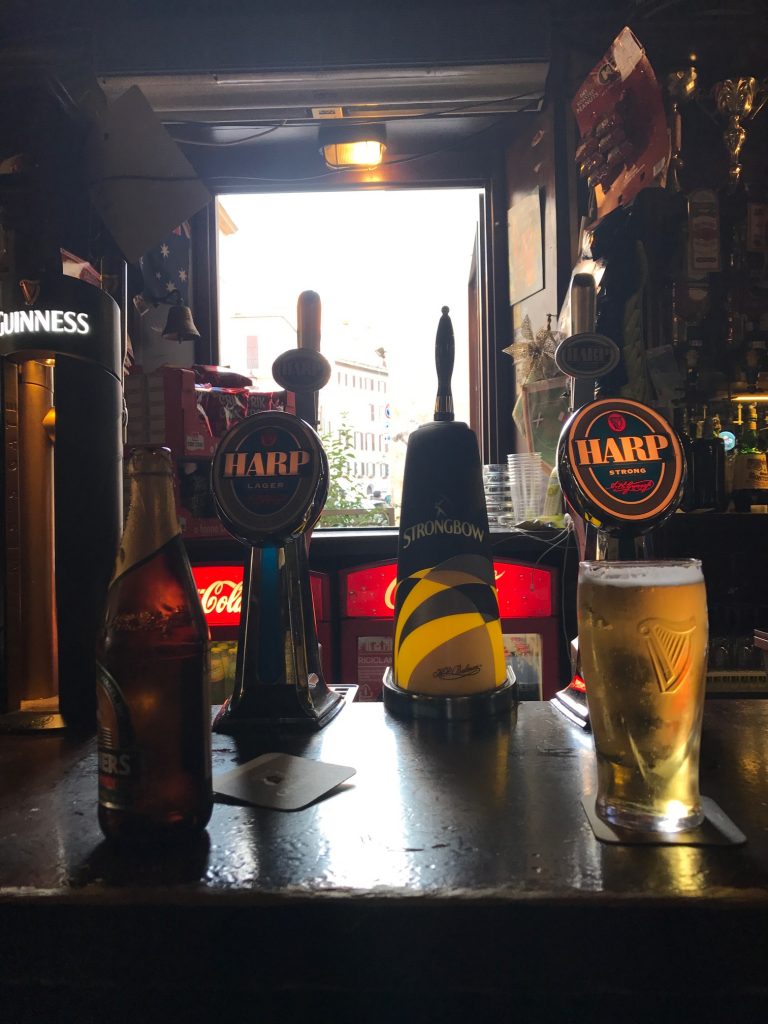 Rome is a great city, but sometimes you really just need a pub.

Italy doesn’t do cider. Or Guinness.

And if you want to watch anything other than Serie A, you need to find an Irish pub in Rome.  Irish sports like hurling and Gaelic football? Those are hardly matches that you’re going to find on the TV at the local corner coffee bars.

Irish pubs are also a little taste of home. I’ve been an expat in Rome for nearly 10 years, and after a decade away, I need the occasional easy pint and a bit of craic (the Irish word for fun).

Here is my guide to Irish pubs in Rome:

Finnegans is the type of Irish pub in Rome where you can walk in the door and see people you know. In my case, that is because I am almost always late, so everyone that I’ve agreed to meet is already waiting for me. But it is this sort of pub (a bit of an English pub feel) where you will see locals and recognize someone if you’ve been in Rome long enough. I don’t drink Guinness outside of Ireland, but if I was going to pick a place in Rome to have a pint – this would probably be it because the Guinness at Finnegans is flowing.  All the locals are either Celtic or Liverpool fans, so this is the go-to pub for an epic atmosphere. 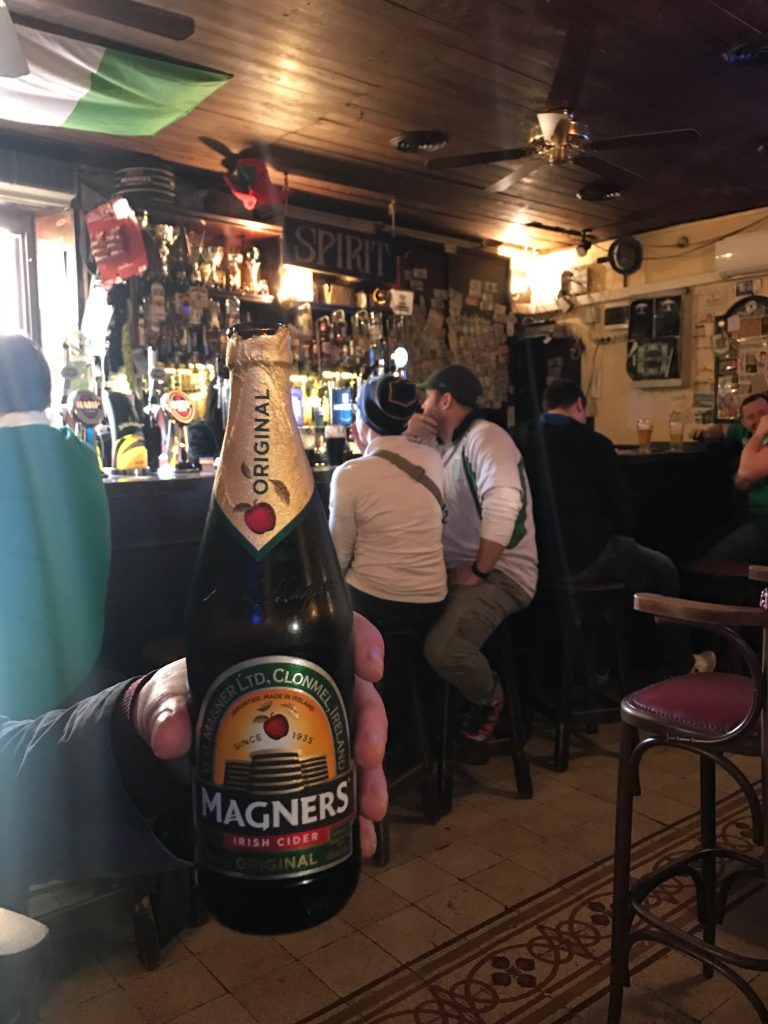 Scholars (Via del Plebiscito, 101b)

Walk through the door at Scholars and you’re in Rome’s best sports bar. It’s not just the best for Irish sports, but for watching pretty much all sports in Rome. They do play all the Irish matches, but they also accommodate for any requests from hockey, basketball or baseball fans. It has over 30 screens, so you can have a view wherever you sit. But good luck getting a seat on busy nights – the place can be absolutely packed. Scholars Irish Pub also has a lot of live music, as well as a popular quiz night. It is one of the Irish pubs in Rome with a kitchen – and the menu includes beef and Guinness stew if you need a break from Italian food. Or if you’re there early in the day, you can get your fill of Irish breakfast. 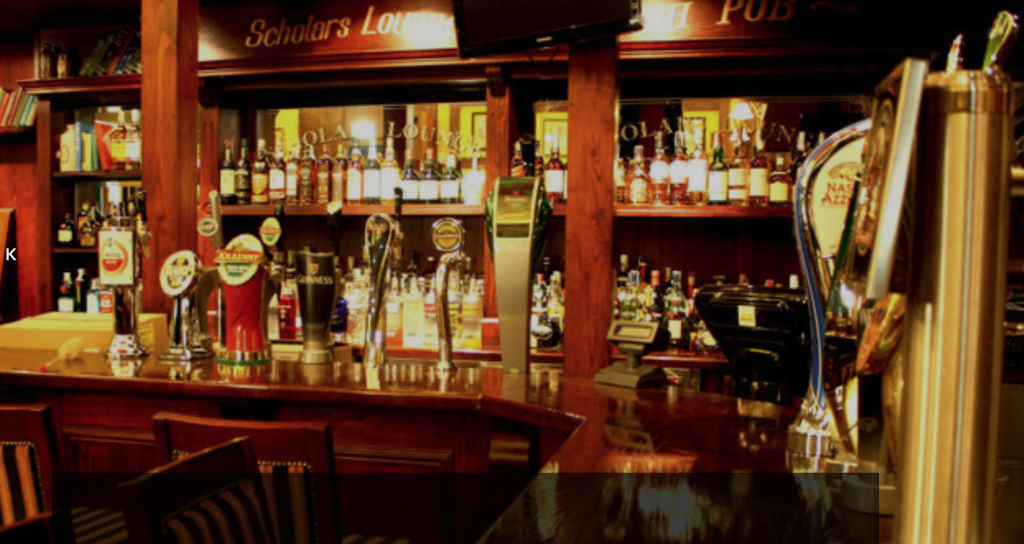 The Abbey (Via del Governo Vecchio, 51)

My favorite thing about the Abbey is the staff. The same guys have been there for ages, and they are hilarious. You have to be thick skinned but they’re great craic. I usually order a bottle of Magner’s cider at the Abbey, but they have won awards for their Guinness. The pub also has live music, and is a smaller venue than Scholars. They often bring musicians over from Ireland, including my good friend Darren Byrne, who also played at our wedding! The food is also really good here – probably my favorite pub in Rome to eat at. The fish and chips are great, but there are loads of other options too.

I told a story about Druid’s at my wedding because before we started dating, I invited Natalie to meet me here, waited, decided she probably wasn’t going to show up, had a few pints, and then she actually did show up… and I tried to play the piano for her. It… did not go real well. But there is indeed a piano, and the pub is small and a bit old mannish (in a good way). It is also one of the oldest Irish pubs in Rome. 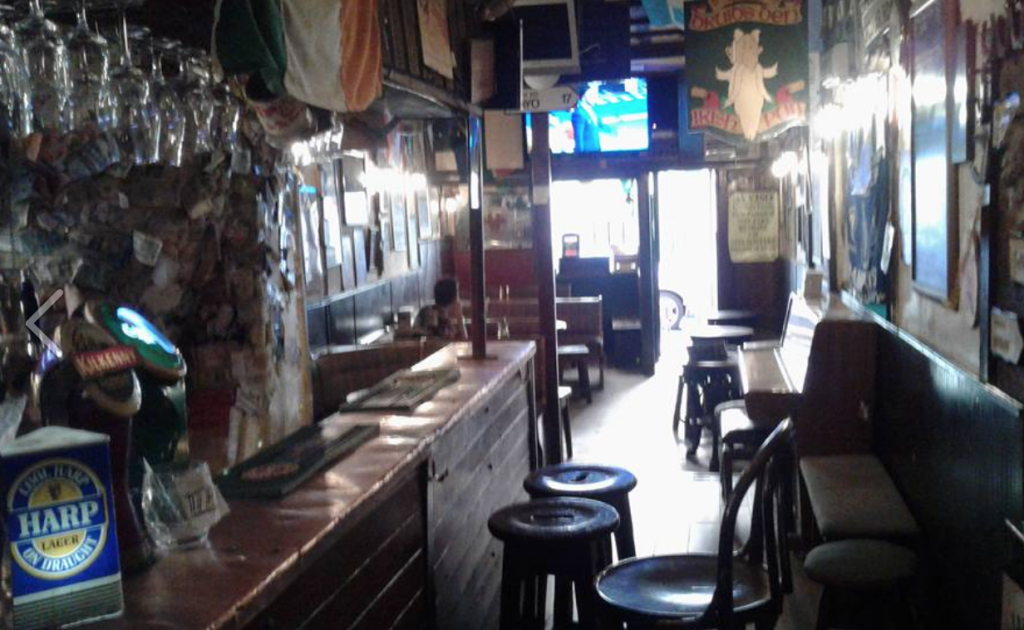 Sometimes you need a break from the biggest Irish pubs in Rome – so Fiddlers is a good bet. The pub is more off the beaten track – hidden on a small street near Santa Maria Maggiore. However, it is still quite good to still watch sports. Few tourists make it to this pub, so you will usually find the space filled with locals (both Italians and expats). It’s small, cozy and usually not too busy so you can get to know the staff. The banter with the staff is a highlight.

Want a bigger night out? Finnegan’s closes around 1:30 am, but after that we know that the Shamrock is still open. It is great for a night cap and a game of foosball. If you go earlier, there is good outdoor seating on a small street that leads right up to the Colosseum. It’s lack of posh-ness is made up for with character. 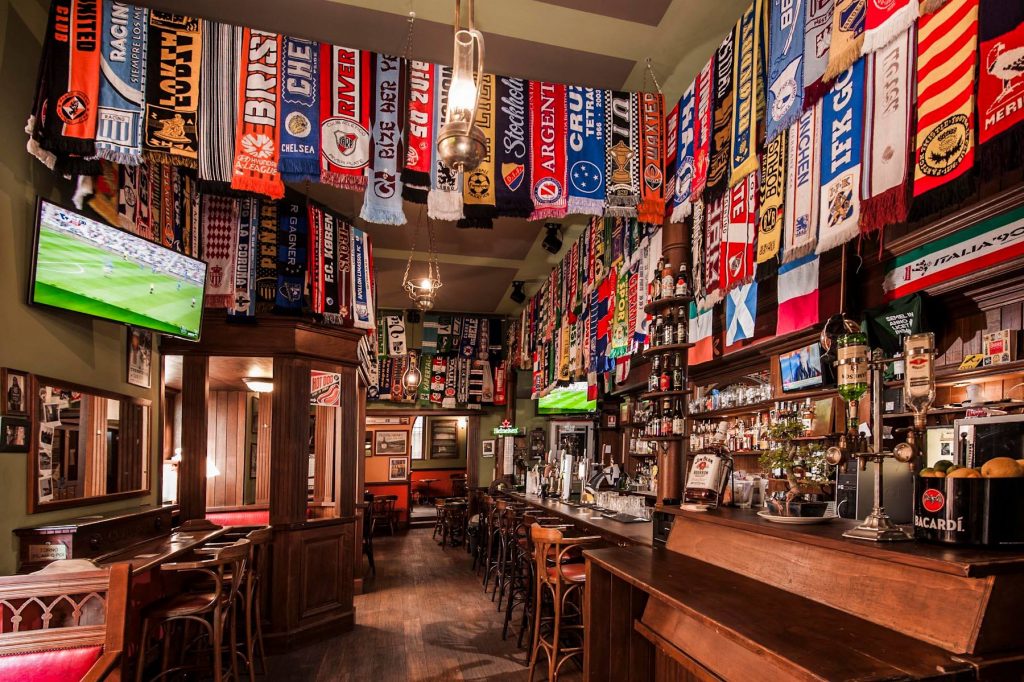 The Donegal is in the most random place. It is basically the last place you’d expect to find and Irish pub in Rome. If you exit Piramide metro station, you turn right towards the train station, and once you’re in a regular looking neighborhood, you suddenly find an Irish pub. There is NOTHING else on the street, and it doesn’t even look like an Irish pub from the outside.  But once you’re inside, it looks exactly like an Irish pub with a proper bar, couches, stools and lots of taps. The staff are really nice, but there’s not an Irish person in sight behind the bar(the pub is all Italian-owned). It has proper chips and a good menu. 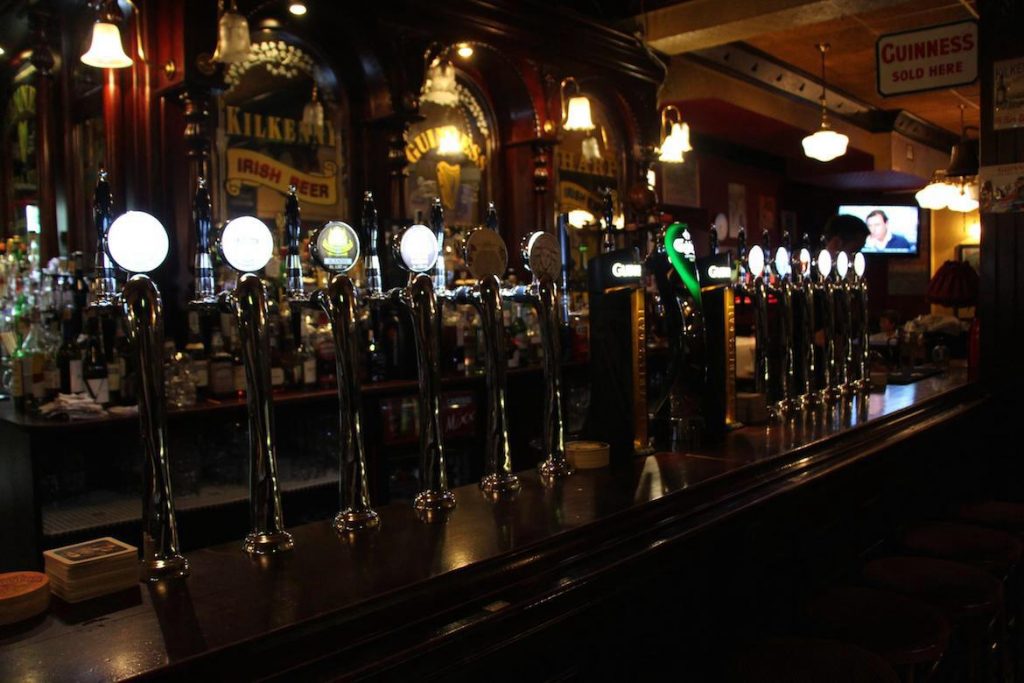 With a list of Irish pubs in Rome, you’re ready for St. Patrick’s Day  — or just a good night out any time.