Siena is one of the quintessentially beautiful Italian towns.

Built above rolling Tuscan hills line with cypress trees and vineyards, the little city has a series of small streets that radiate away from the main square, begging to be explored. 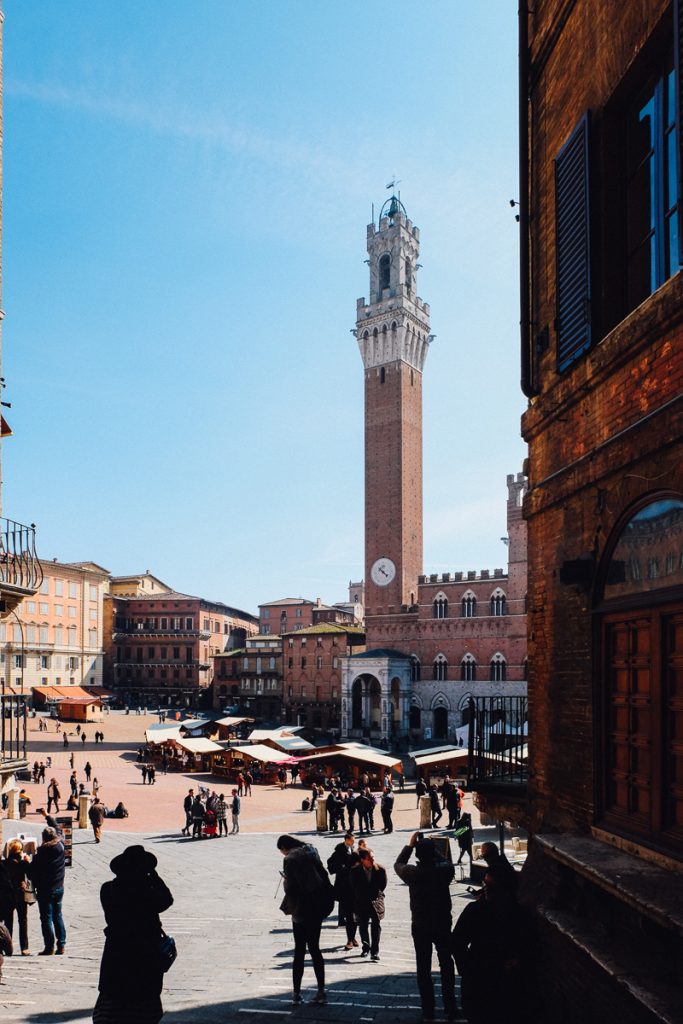 But it is the square itself – Piazza del Campo – is probably the city’s most unique feature. The sloping square is actually not square at all. Instead, it curves around in a large elliptical shape with sloping sides.

Perfect for a horse race, wouldn’t you say? 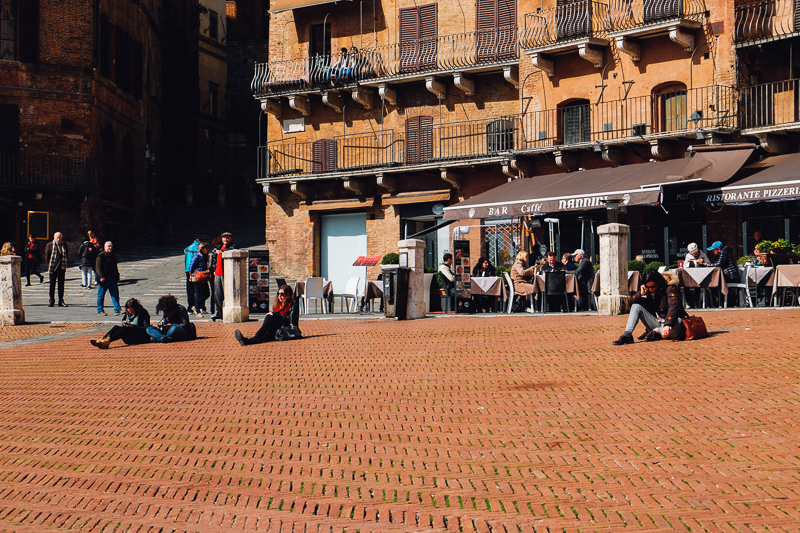 But where there is no Palio, Piazza del Campo is a gathering place. Students sit along the plaza, catching a little sun and taking a break between classes. 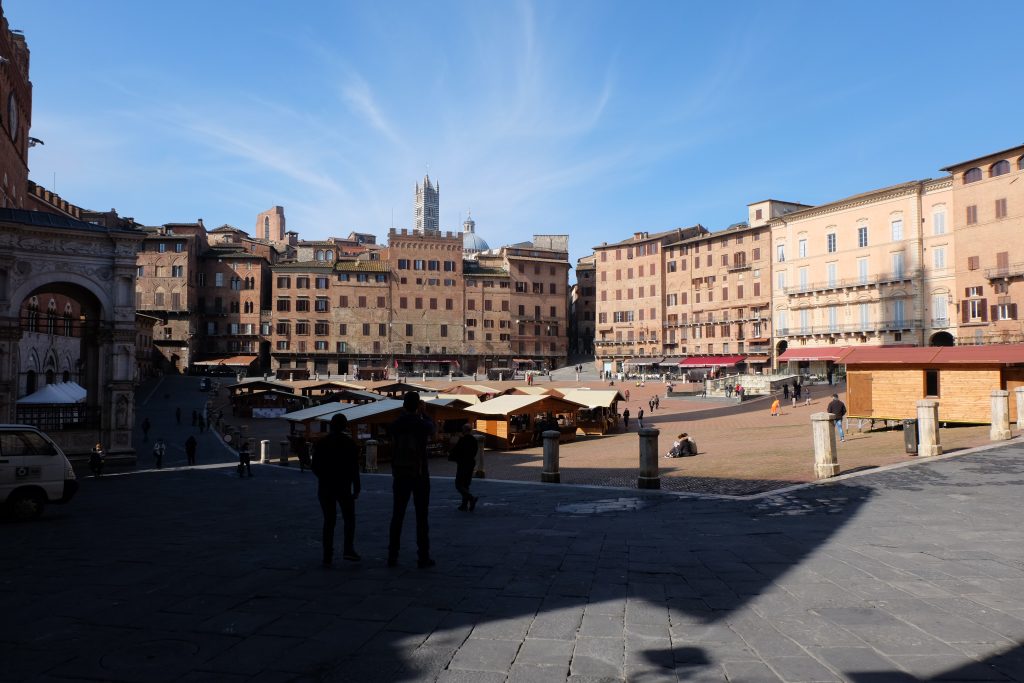 In addition to being the civic center of the city, Piazza del Campo also hosts temporary shops and festivals.

My favorite stand of all is Marco Savelli’s. 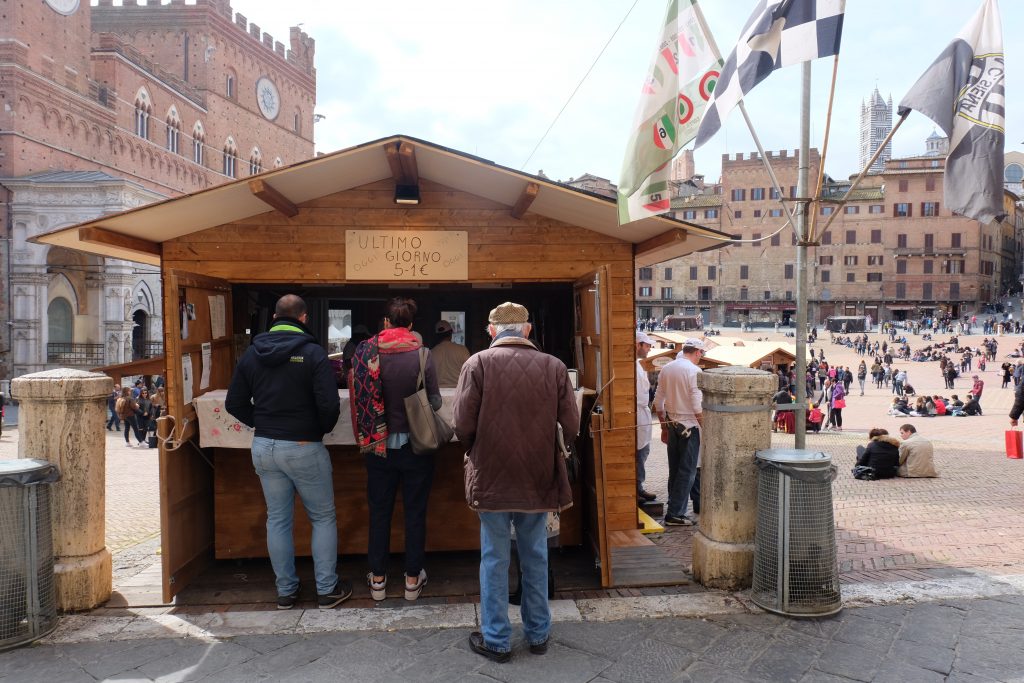 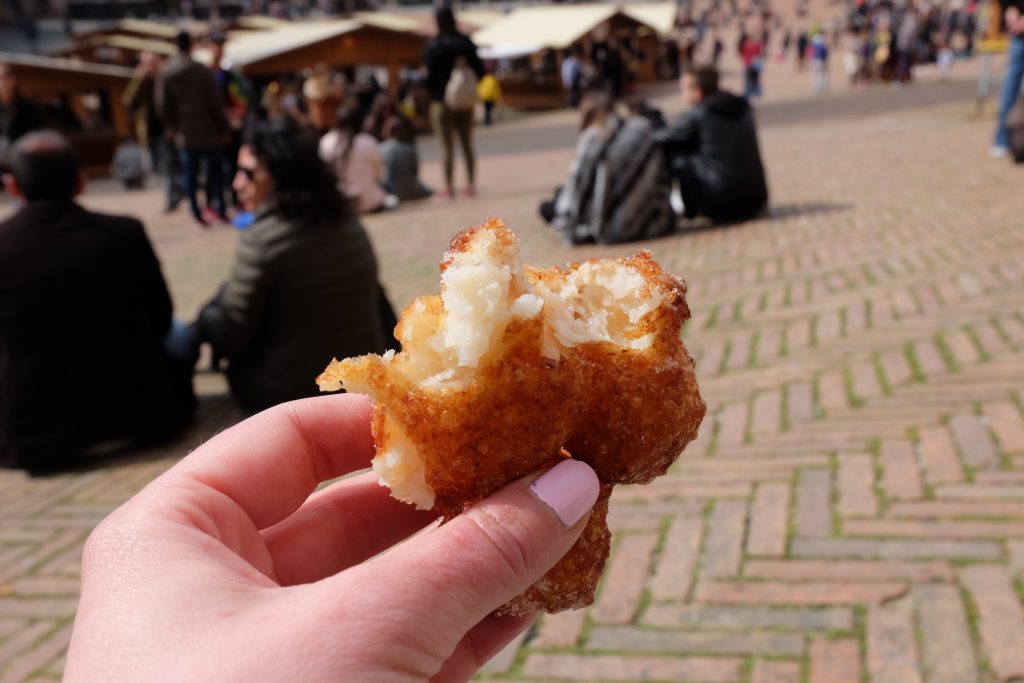 Well, more specifically, frittelle are sweet, fried balls of rice cooked with orange rind. The citrus and sugar melt in your mouth, with the satisfying starchiness of the rice following the crunch of the outer layer. 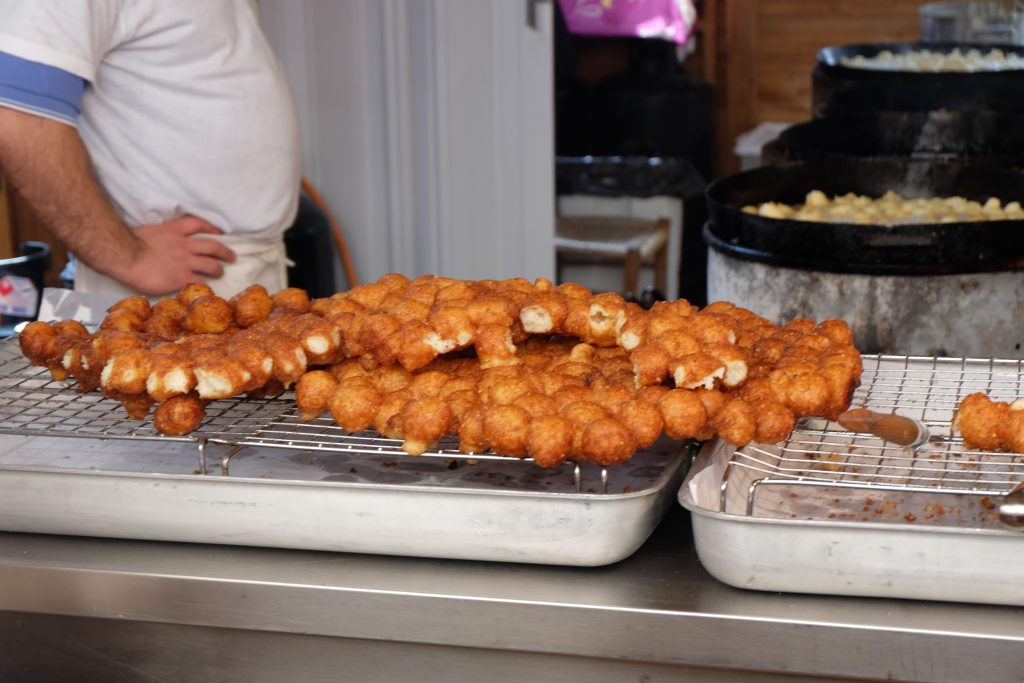 Savelli Frittelle are only available from 31 January to 20 March, and are served fresh from a little hut in Piazza del Campo.

The smell while you wait is intoxicating. 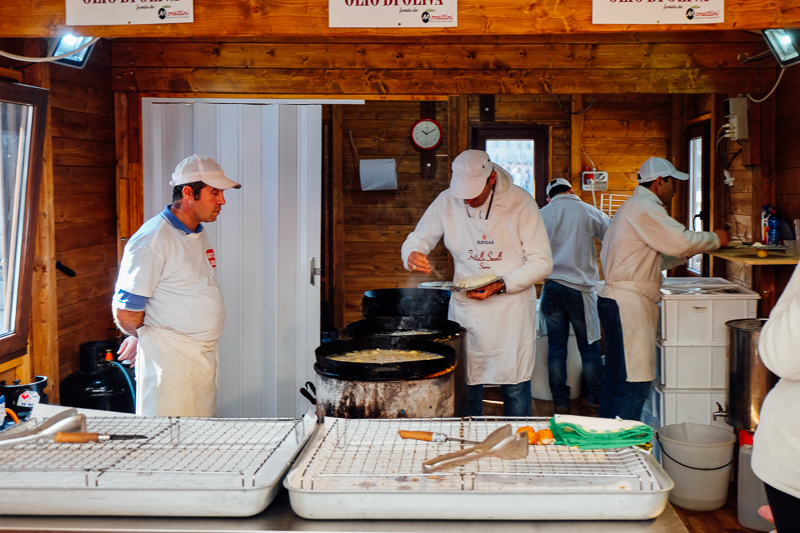 But the treats are only available until March 20th because Father’s Day in Italy falls on March 19th – San Giuseppe – and the proper name for frittelle are “Frittelle di San Giuseppe.” 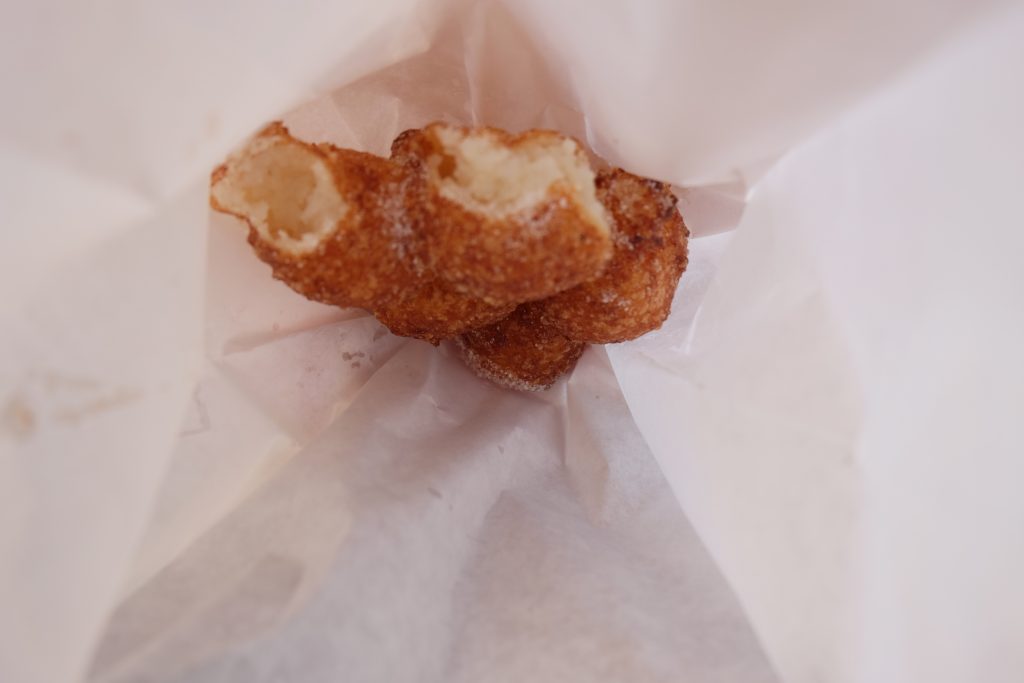 Normally, the frittelle from Savelli’s stand cost €1 for 4.

But on the 20th of March? The last day? The day after San Giuseppe?

They are a delicious steal at 5 for a euro. 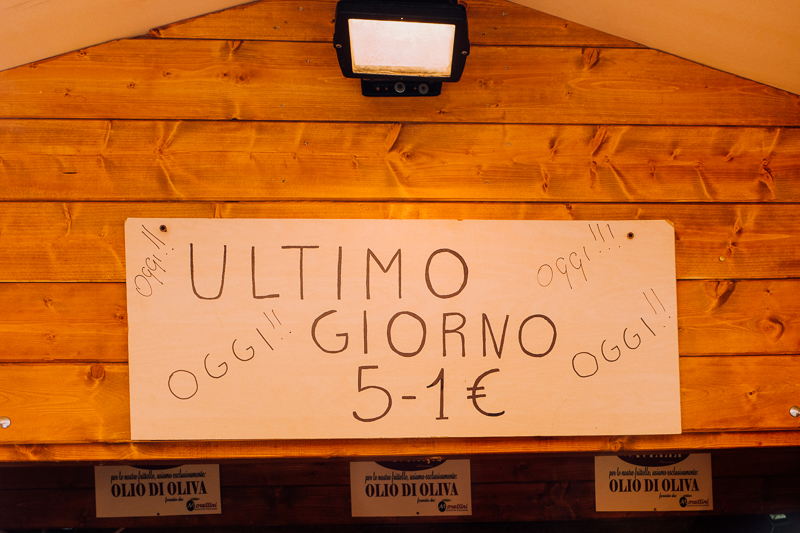 You can make it to Siena as a day trip from Rome, but I recommend taking more time so that you can explore the city and learn more about the Palio.

But if you can’t quite travel to Siena, Juls has a recipe for the fritters.

One thought on “The Frittelle of Siena’s Piazza del Campo”