You can do Siena in a day from Rome. You can do it, but you will be tired. I know this because I did it and regretted it slightly… we probably should have stayed the night. 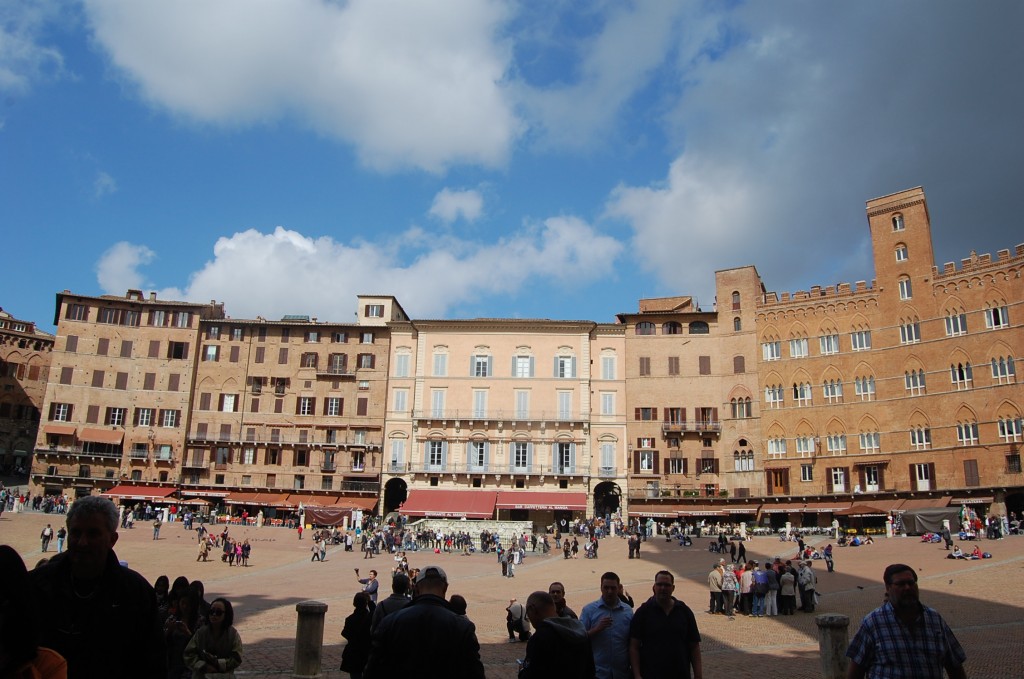 Siena is large enough to draw crowds (especially during July and August when the Palio is held in the very piazza you see above), but it’s also small enough to maintain its Tuscan charm. We spotted a tower and decided to pay the 7 euro to head up and get a better sense of the town given our limited time. 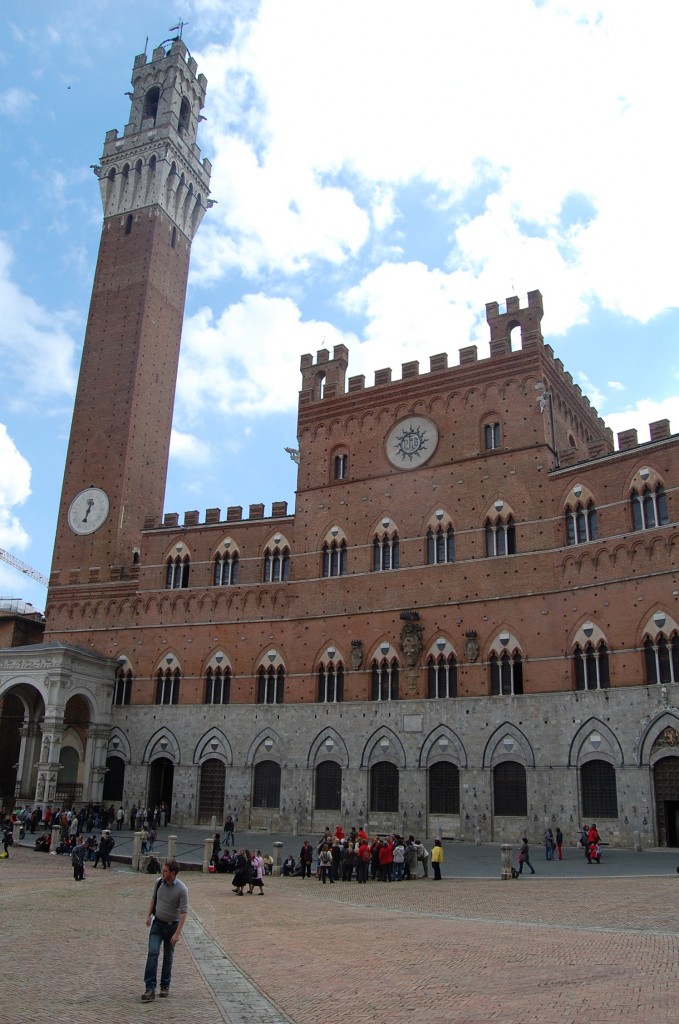 And by “we” I mean the Irishman, who can be spotted in the photo above.  He was right, though, the view was gorgeous. Rooftops, churches, and rolling hills as far as the eye could see. 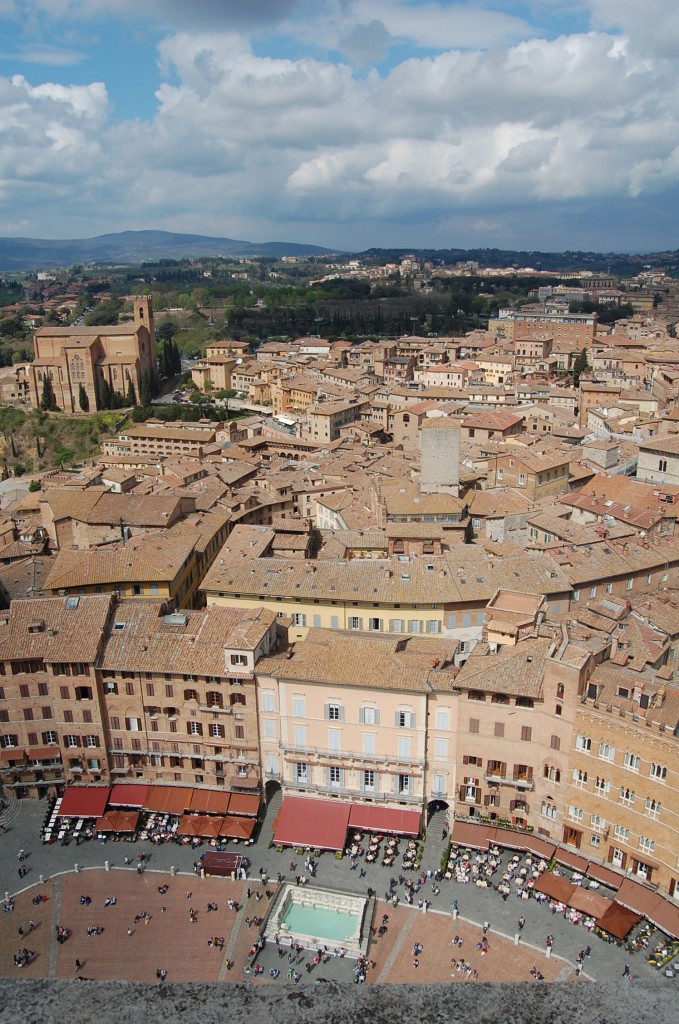 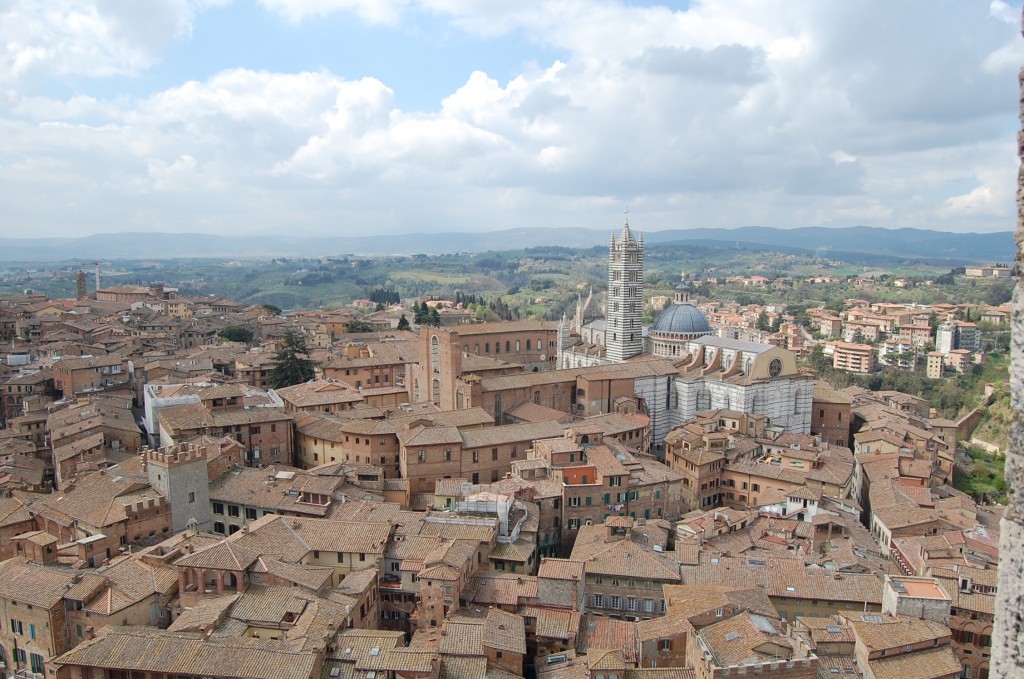 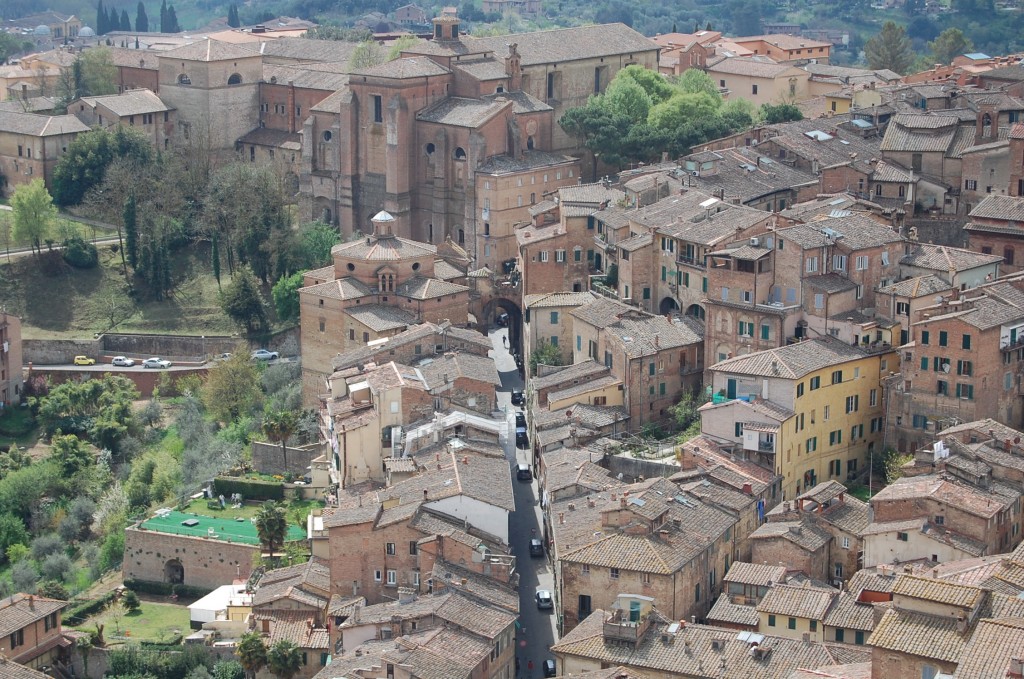 I am catching up with posts while I am back in the States for a few weeks, so we actually visited Siena in early April.  What you can’t tell from the deceptively blue skies in these photos is that we got caught in a torrential downpour.  At least that gave up the opportunity to duck under arches and explore the inner courtyards of Siena’s pallazzi. 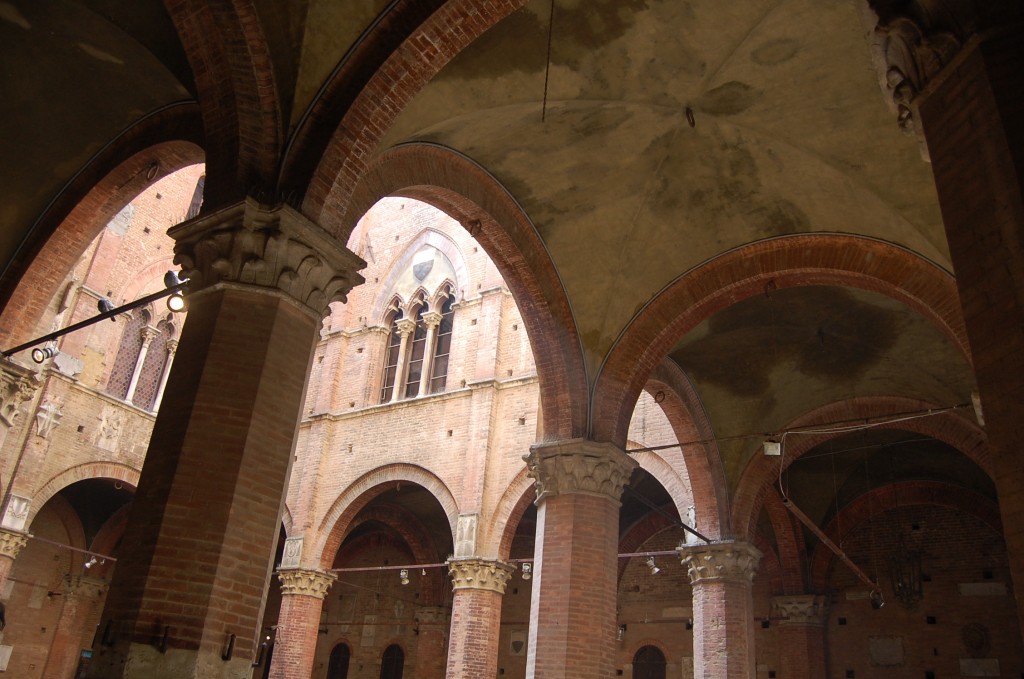 As well as explore an enoteca (wine bar) of course! Chianti anyone? 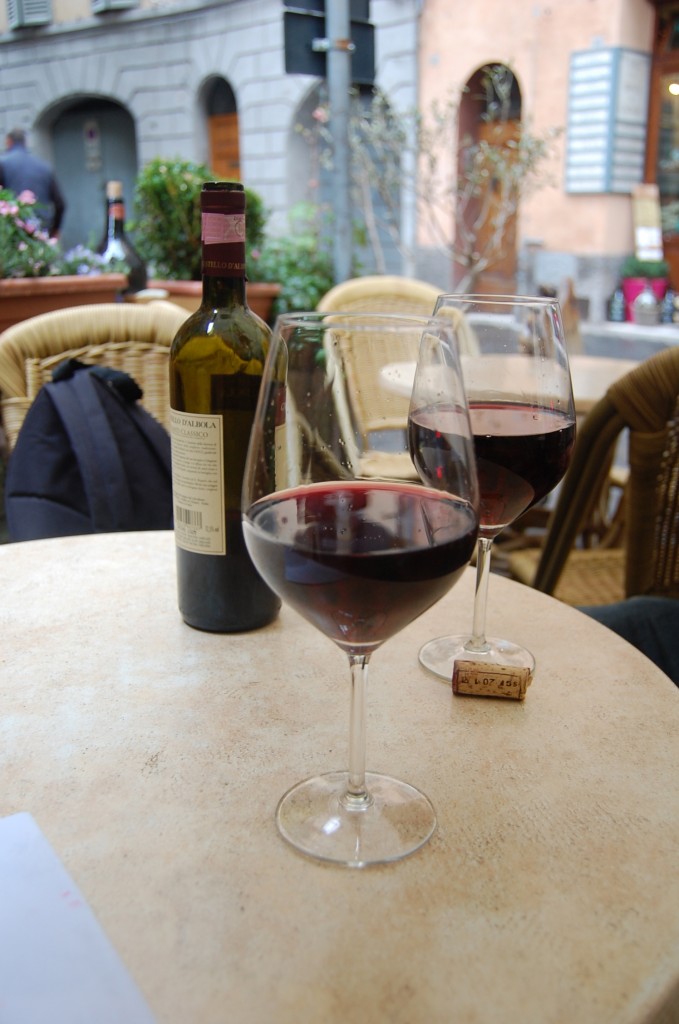 You can get to Siena from Rome in three to four hours (depending on if you take the fast train or the regional line). Trains leave from Roma Termini and you will need to switch at either Florence or Chiusi-Chianciano Terme.  You can check TrenItalia.com for times and fares (which range from 16 euro to 40 euro each way).

Plus, here is more on how to buy train tickets in Italy. 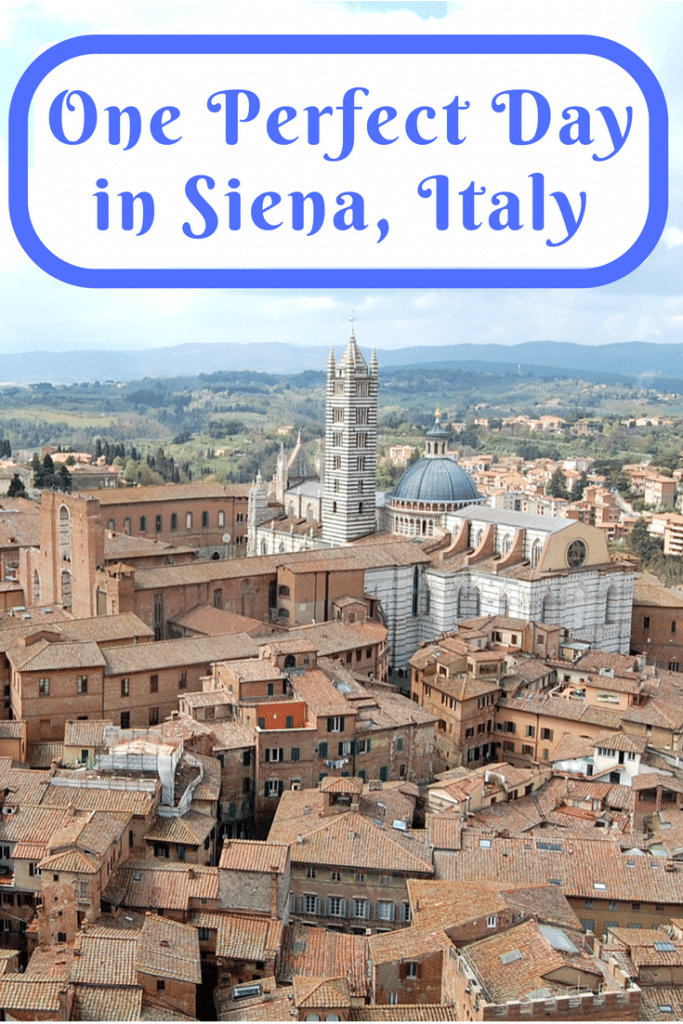