I traverse Rome on foot.  This is due to:

But in addition to ruining several pairs of lovely shoes, walking the Eternal City gives me an opportunity to admire Rome’s ever evolving street art.

However, that means I can only cover a small area on any given day.

And if you are here to visit Rome with only a few precious days? Well then ditto double for you.

The answer, as with many problems in Roman life is clear:

You need a scooter. 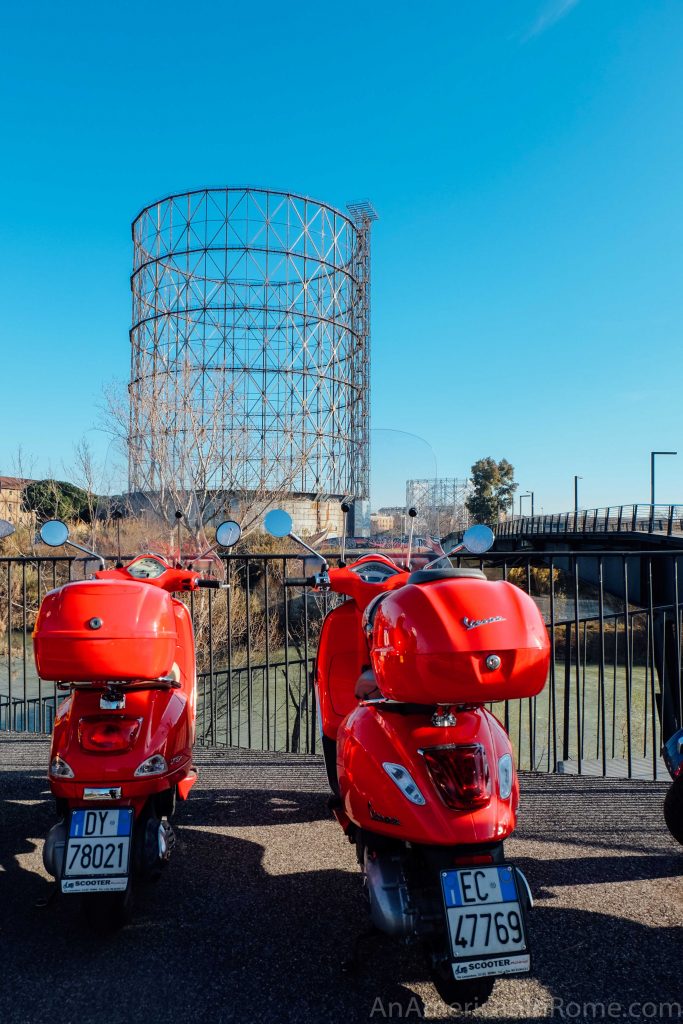 Preferably, your scooter should be a red Vespa. Don’t ask me why. It’s just the best and everybody knows it (right, Mr. G?) 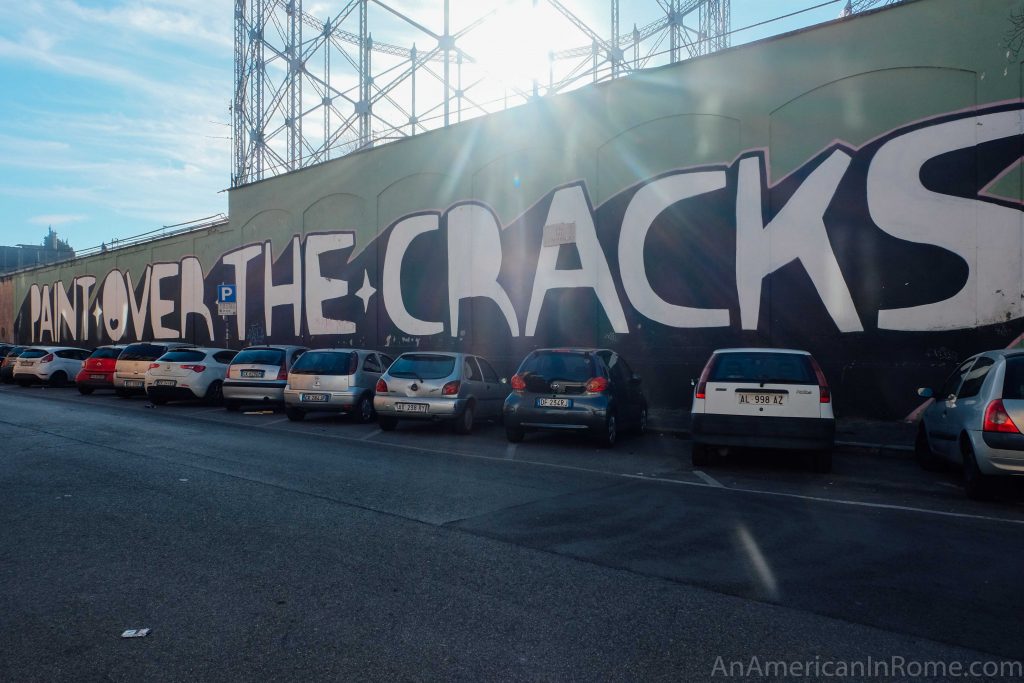 Now, I don’t drive a scooter in Rome but I make no secret that one of the best things I ever did was take a Vespa tour of Rome.

Seriously. It’s the best. Scooteroma knows exactly what is up.

Now add in a side of Rome that most people never see? 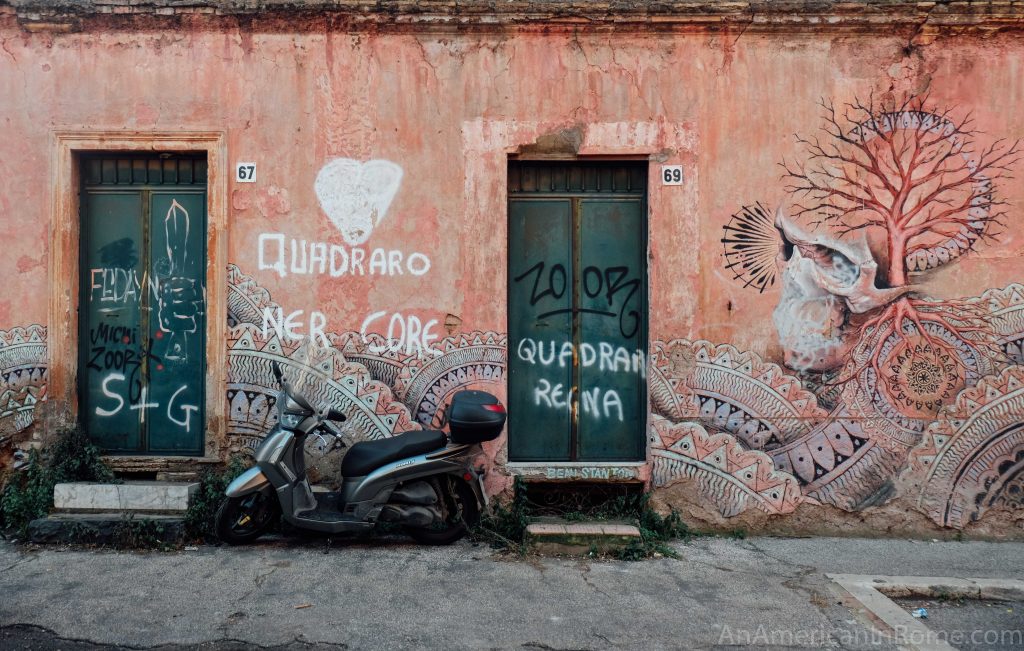 Our first stop was Ostiense, where we swung by Blu’s masterpiece and then explored some streets that I had never seen before — even though I live just a few minutes away!

The next was Quadraro, to see some of the amazing work that dots the streets of this neighborhood on the edge of Rome. 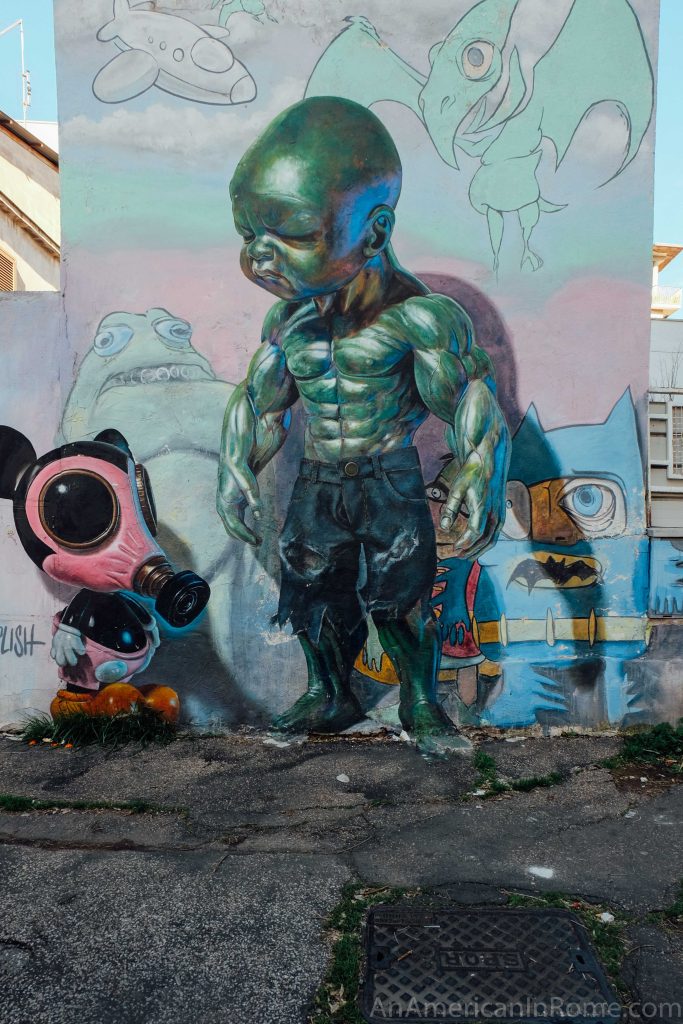 This mural by David English was actually created using a FRESCO technique. An insane blend of classic methods and modern subjects. 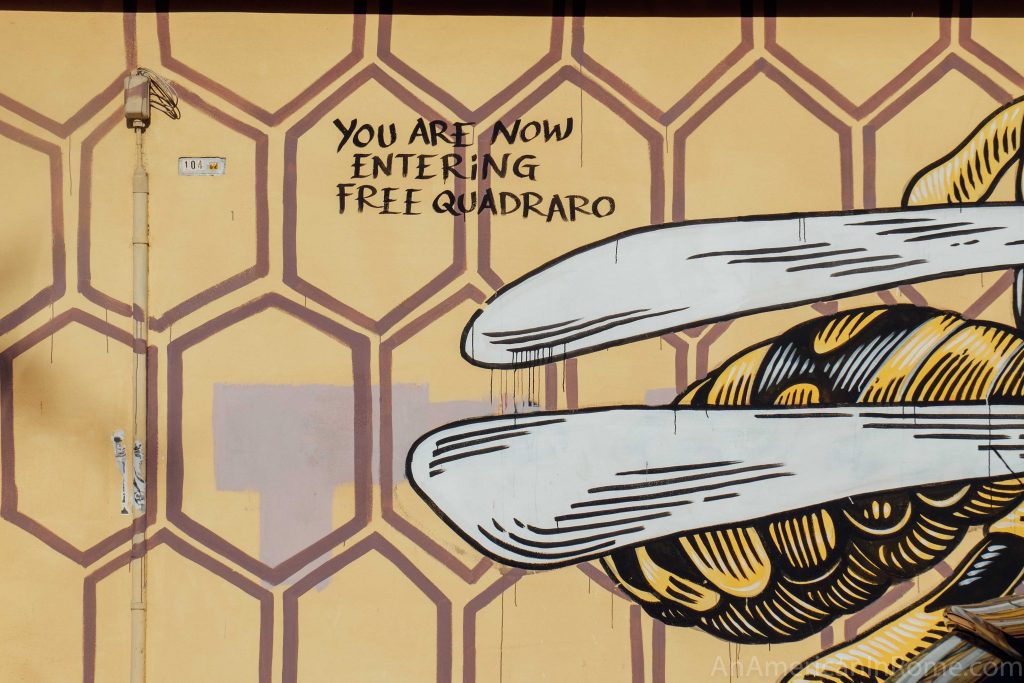 Most people, myself included, completely miss Quadraro. The neighborhood lies beyond the historic center and so a Vespa (down the Appian Way) was the perfect means of transportation to get there in order to learn more about the historic neighborhood.

Quadraro was once known as the wasp’s nest during WWII because of its staunch anti-fascist resistance.  There was only one narrow street that led into the area, which made it easier for the residents to defend.

Now there is a whole wall of wasps dedicated to that resistance. 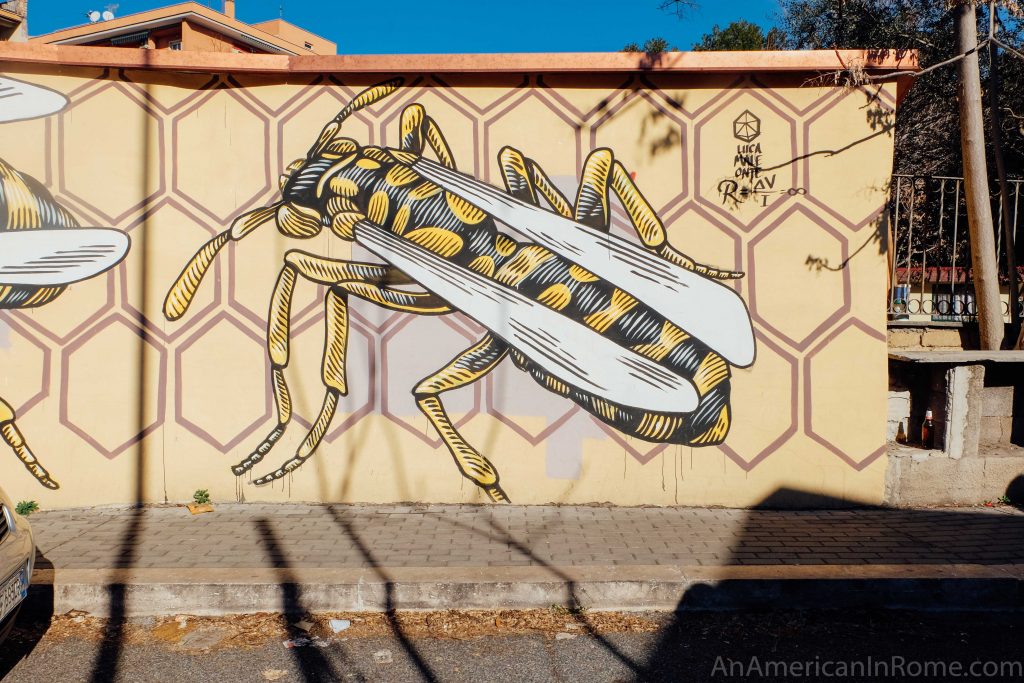 Driving through a seriously cool street art tunnel, we continued on to another often overlooked area of Rome. 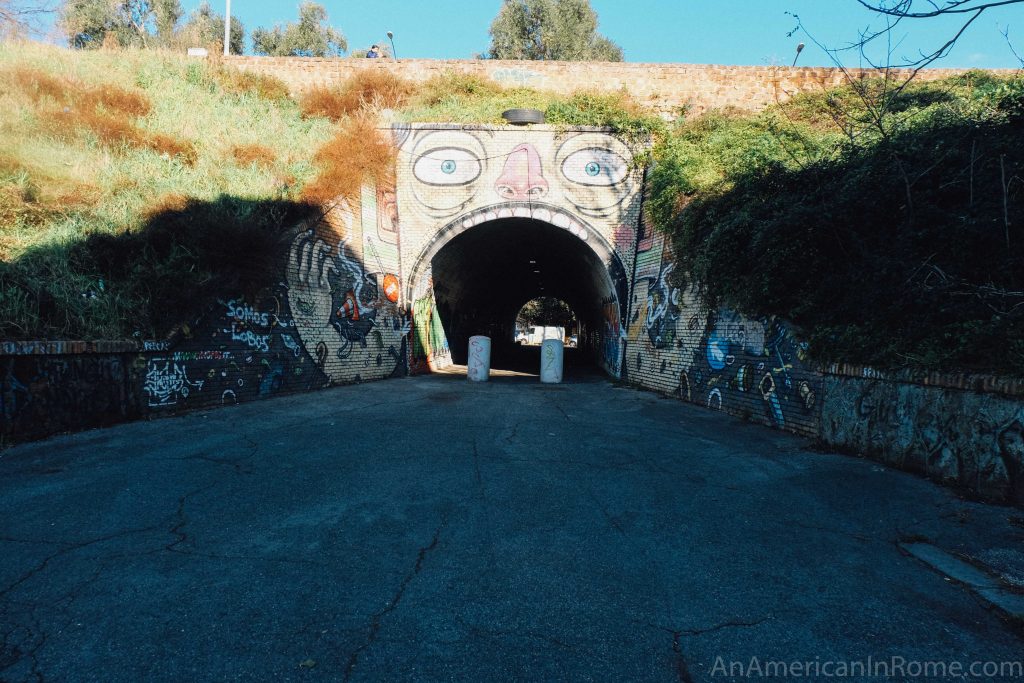 Pigneto is having a major moment.

Not just with street art, but with urban revival in general. 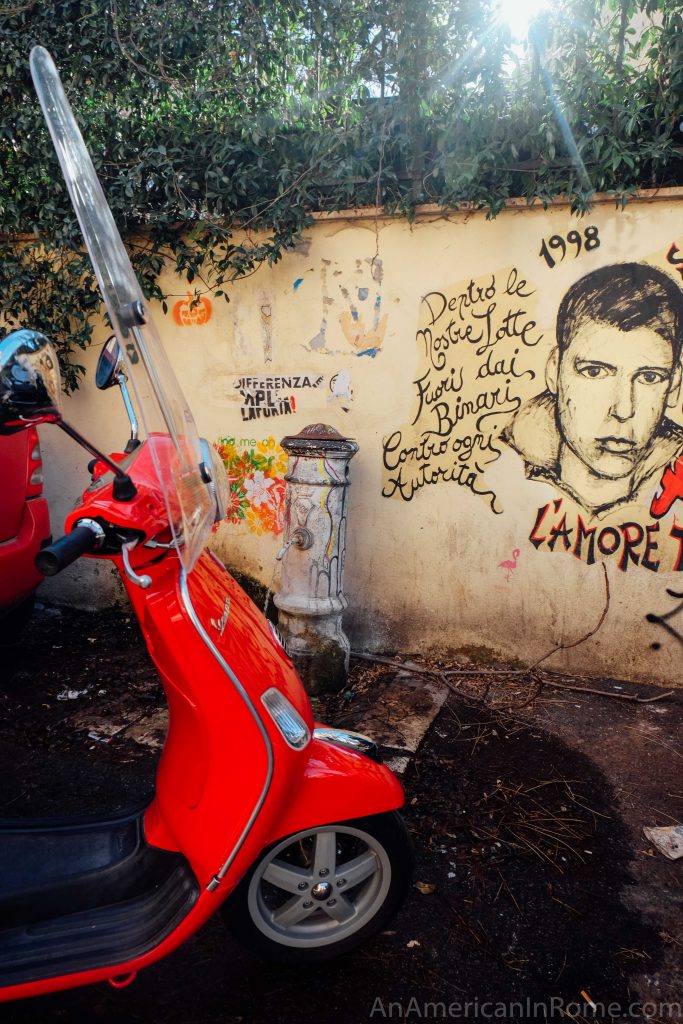 It is one of those neighborhoods that is just far enough off the well-traveled tourist path that it has stayed a bit frozen in time. 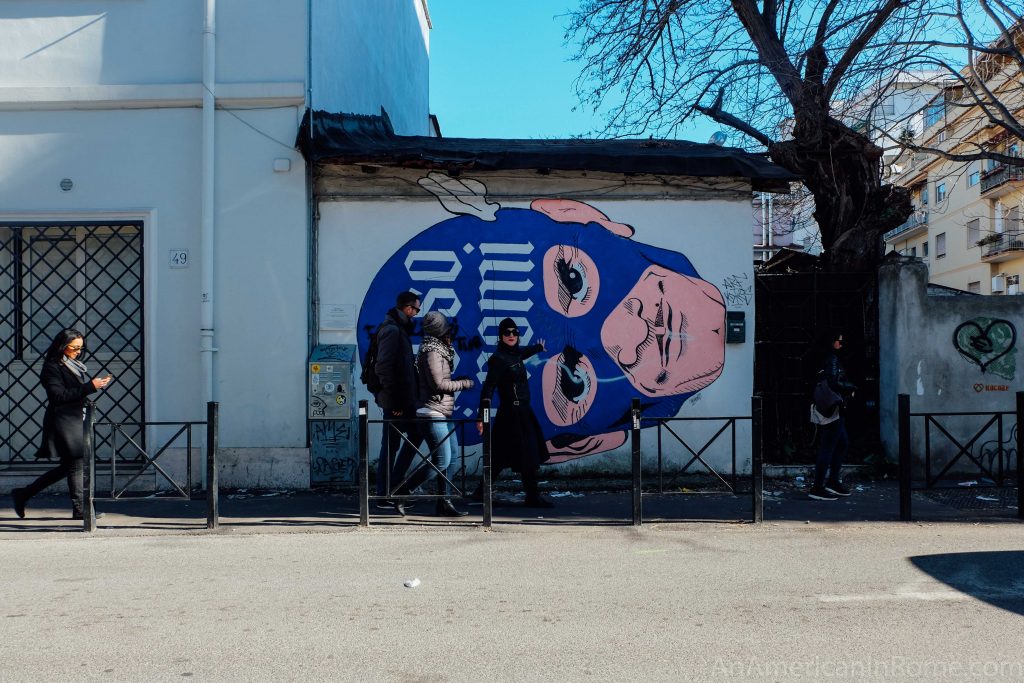 But that is slowly changing as new wine bars, craft beer pubs, and coffee shops move in. 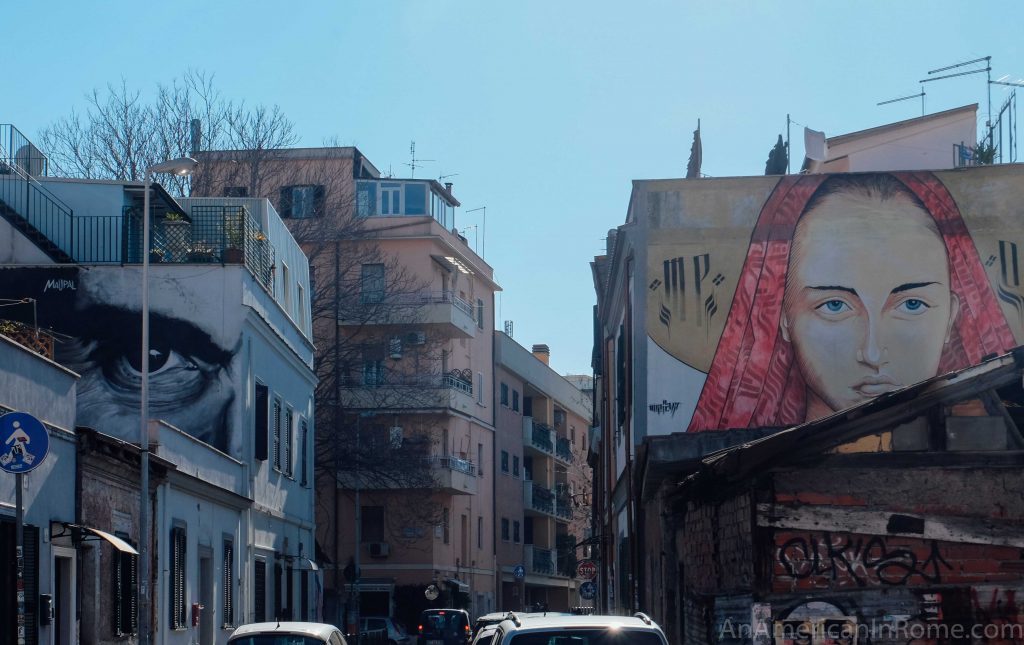 Even in the most unexpected ways… 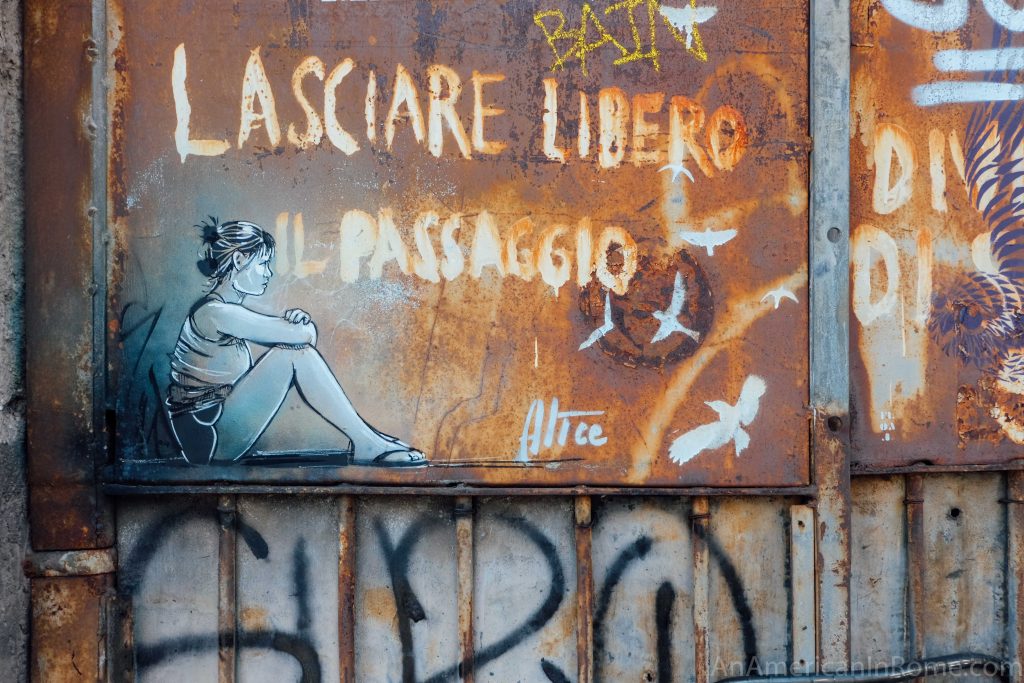 I often hear from visitors that they are surprised by the amount of graffiti in Rome.

It’s true. This does exist.

But Rome’s street art is more about expression, art and solidarity than it is about tagging.

A street art tour of Rome is the best way to discover that. 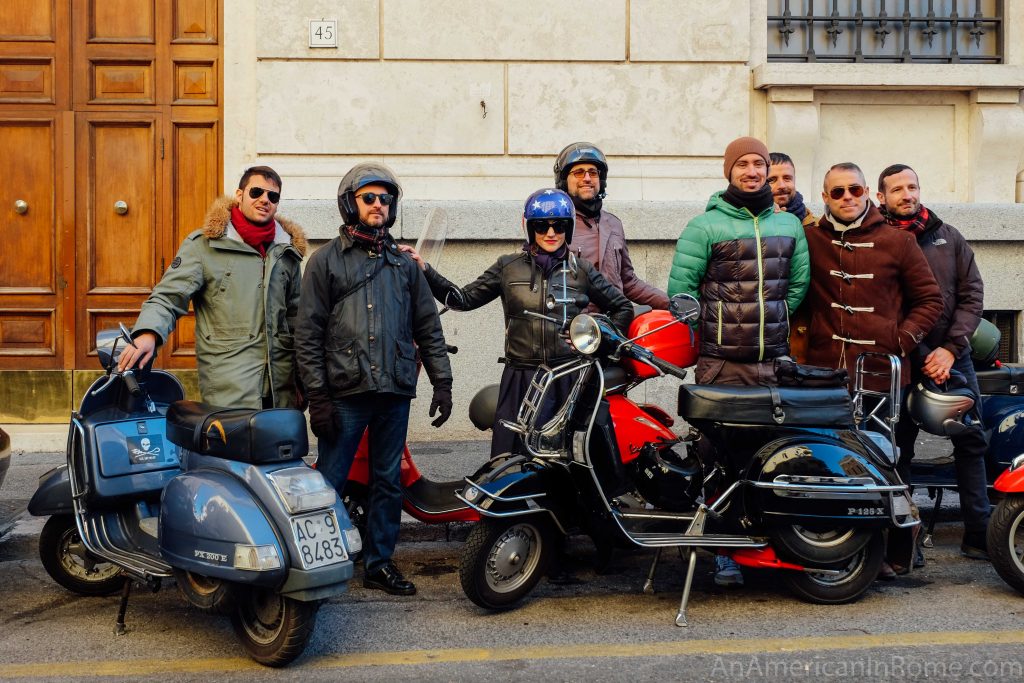 The best murals are hidden down residential lanes in areas you might not ever discover on your own. The distance between them will also limit how many you can see at once, so Scooteroma’s street art tour via Vespa is really an incredible chance to experience the city like a local. 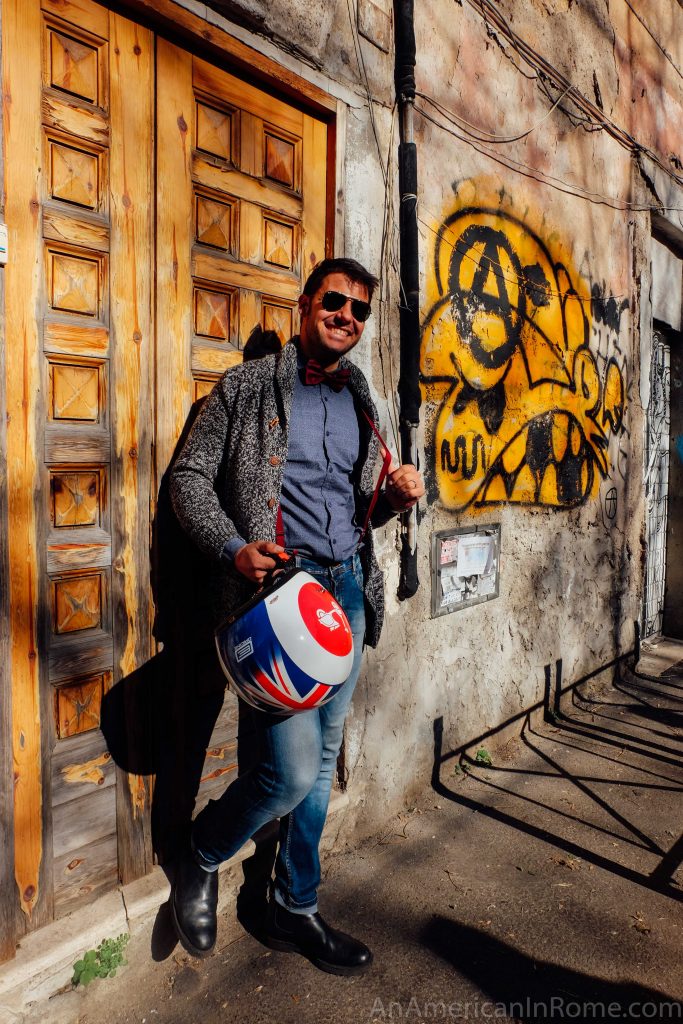 Many thanks to Linda of the Beehive for organizing an amazing #winterinrome event!