I sometimes forget about Open Baladin.

Incredibly central, a huge selection of craft beers and beautifully designed – I should be there more often than I am. But all of those attributes make it a popular place to hang out, with weekend lines stretching out the door.

When we were in Torino for a quick 24 hours, we stopped by the original Open Baladin location. But the Roman outpost is no new comer- having recently celebrated its 7th anniversary. 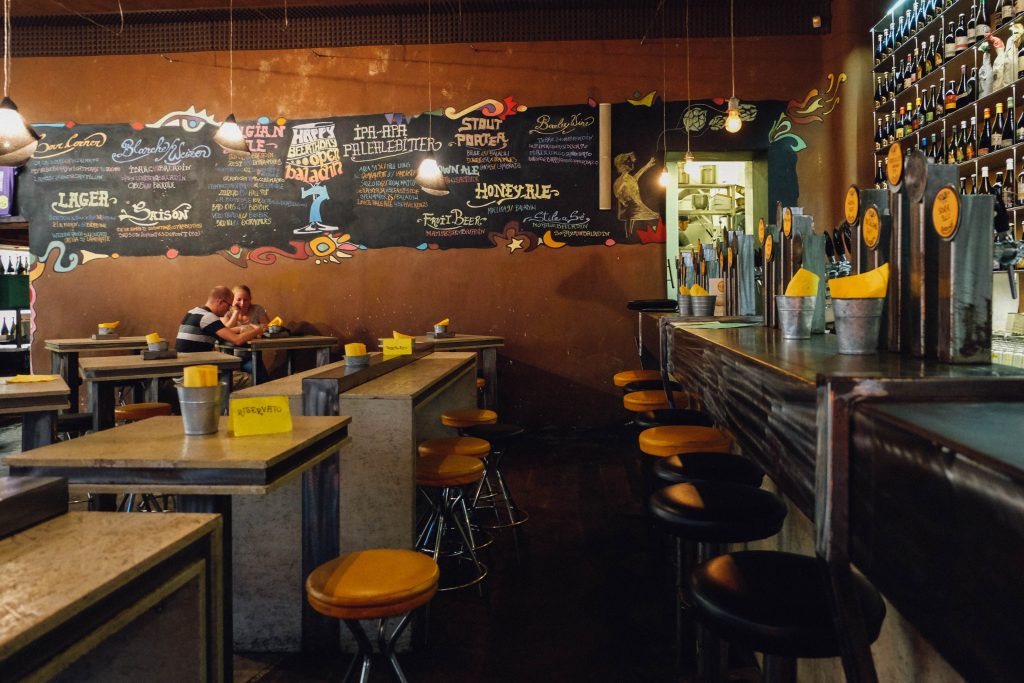 Rome’s Open Baladin has 44 beers on tap, ranging from stouts and porters to blanches, saisons and the occasional barley wine.  I also enjoy the sour beers that they sometimes have on the menu.

All the beers are served in 30 cl glasses and cost 5-6 euro. If you are looking for quantity over quality, this is not the place.  Open Baladin is, however, the place to spend sipping a few well made Italian and international craft beers while admiring the bottle wall. 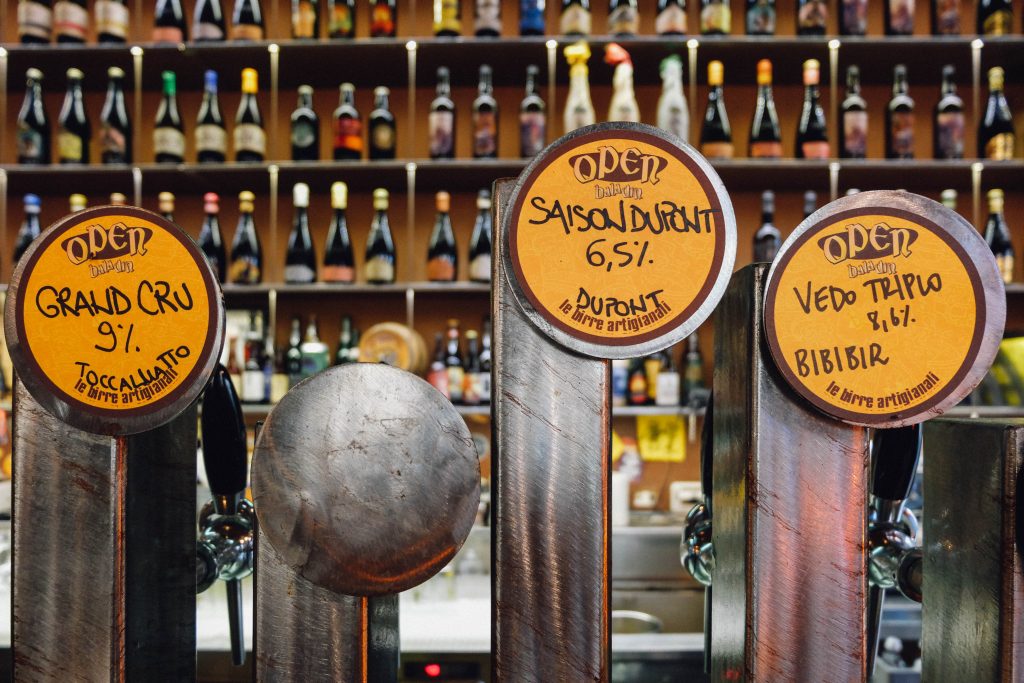 In addition to beer, I go to Open Baladin for le fatate – their handmade potato chips. At 5 euro a pop, you can order chips in classic, red (paprika), white (the best because they are covered with pecorino cheese), or black (black liquorice, which I’ve never tried because it frankly sound weird).

Bianca! Get the bianca! The cheese is delicious. 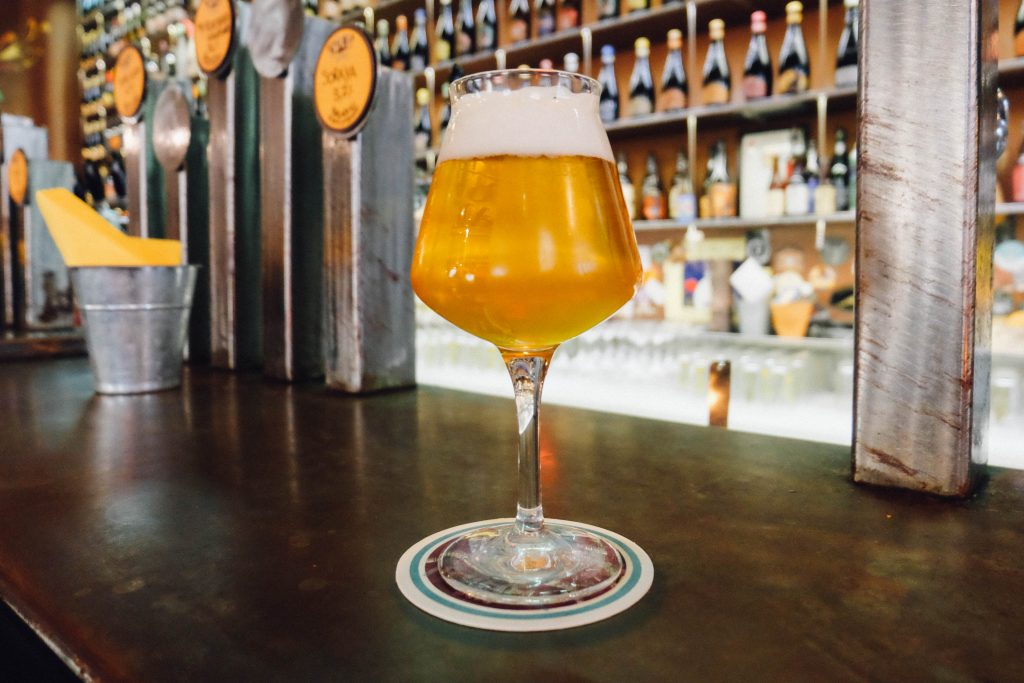 The rest of the menu is less widely endorsed. There are burgers with Piemontese beef, topped with homemade ketchup and mayo on Bonci bread made with organic flour but (as with most Italian hamburgers) I find the whole thing underseasoned. Same for the chicken fingers.

There are also salads… but why? You are drinking beer! Opt for the mozzarella di bufala to pair with your drinks if you are not listening to me about the handcut chips. 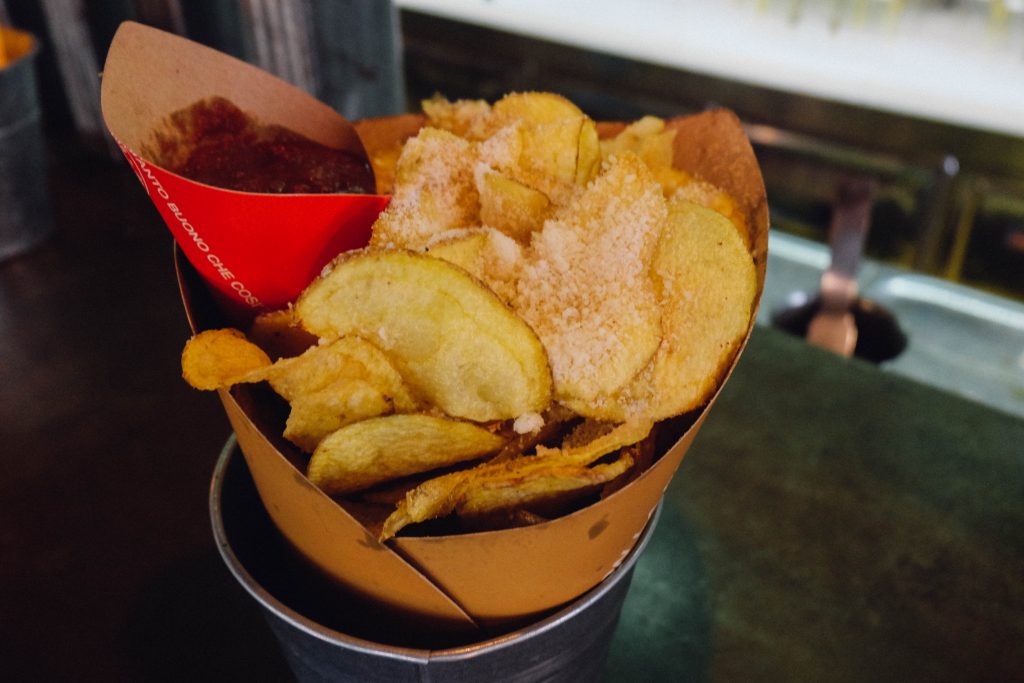 I should add that there is NO wine. None. Open is strictly beer (and barley wine). I am including this clarification because 3 American girls definitely walked in and then back out when I was last there enjoying a late summer saison. 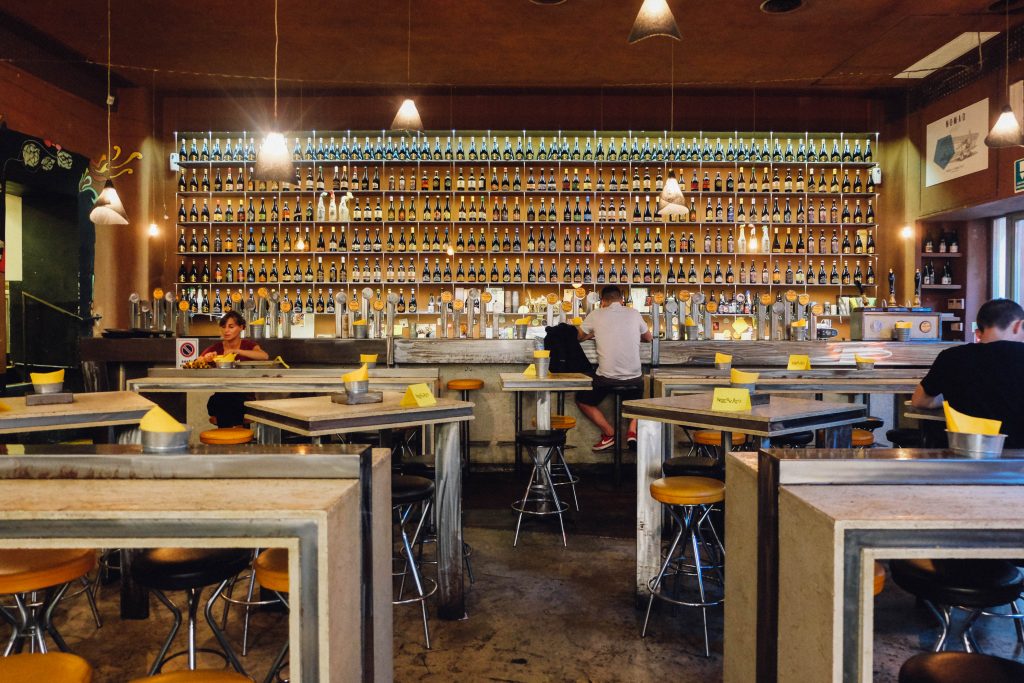 I watched them go and then went back to eating my family-sized chips alone.