If you visit Rome, there is a good chance you will pass by Largo Argentina.

The central site has numerous bus stops and is conveniently between the Ghetto, Campo de’ Fiori and Pantheon areas.

But if you stop and look, you might notice that there are kittens prancing between the closed off area of the ruins. This is the Largo Argentina Cat Sanctuary. 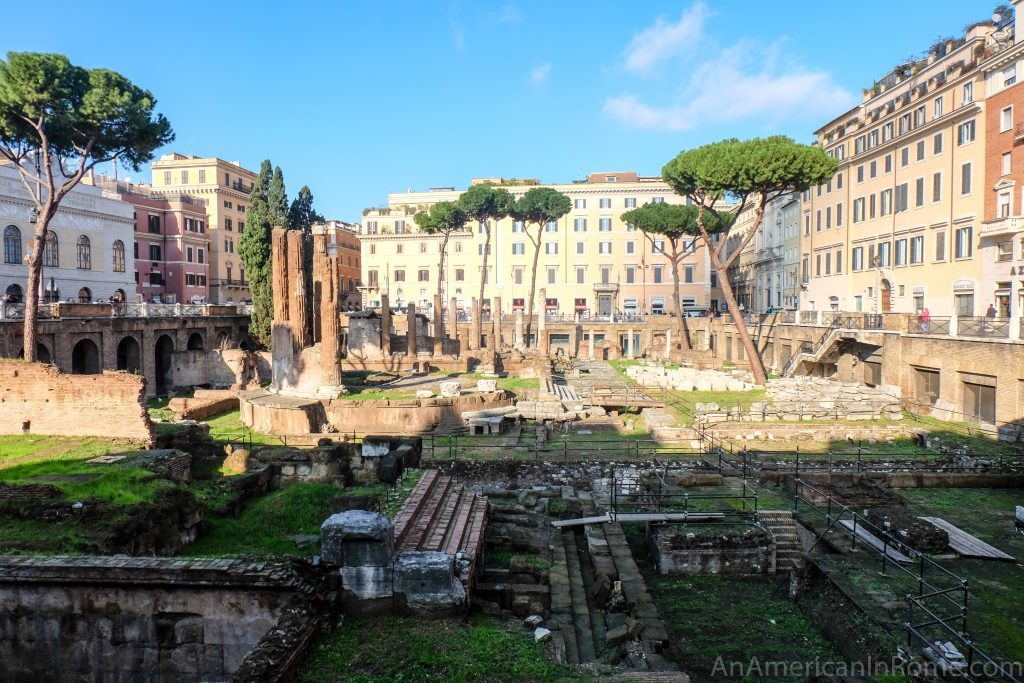 Officially, the square is actually called Largo di Torre Argentina, but everyone shortens it to Largo Argentina.

The ruins that are visible below street level are of four temples and a section of Pompey’s Theatre. 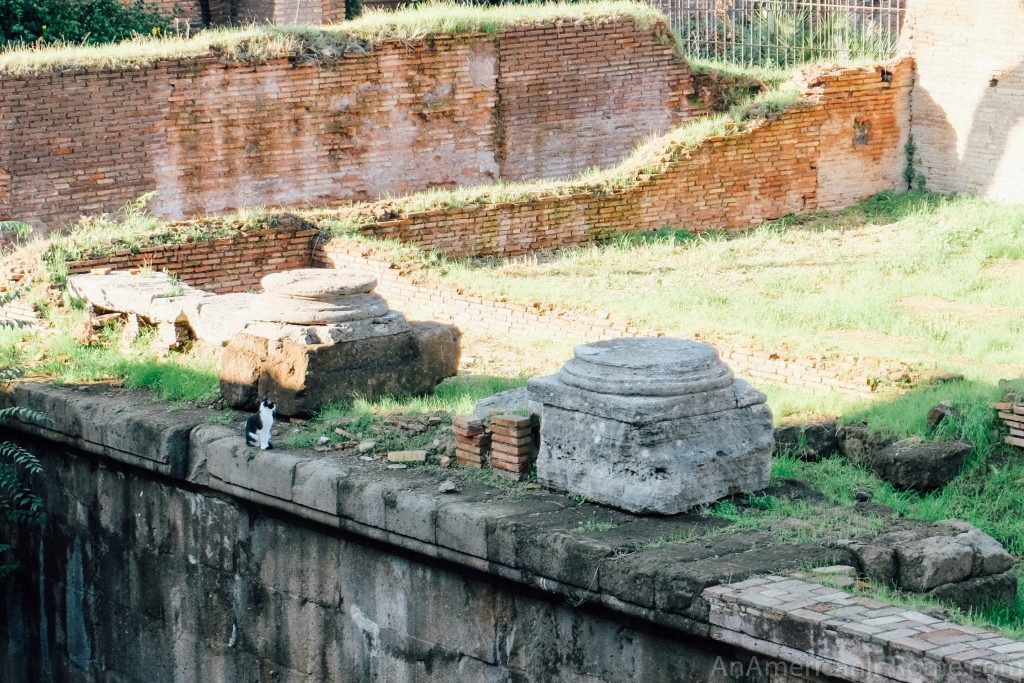 It is not uncommon for cat colonies to live among the small archaeological sites in Rome, but this one is a bit controversial.  You see, Julius Caesar was assassinated in the curia of the Theatre of Pompey. So what you can see (but cannot walk around) is very likely the spot of Caesar’s murder.

Once this was established, city officials tried their best to evict the cats.

But the Torre Argentina Cat Sanctuary fought the order, and has successfully remained in place for several years. 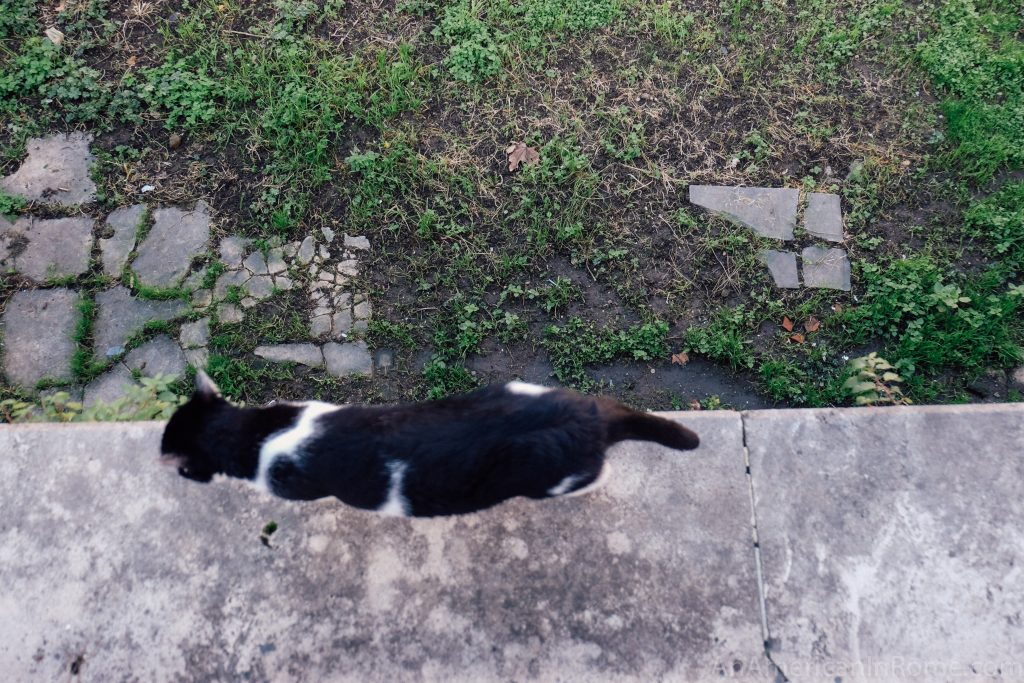 While the ruins are off limits to human visitors, you can stop into the cat sanctuary any day of the week. The entrance is located at the corner of Via Florida and Via Torre di Argentina. 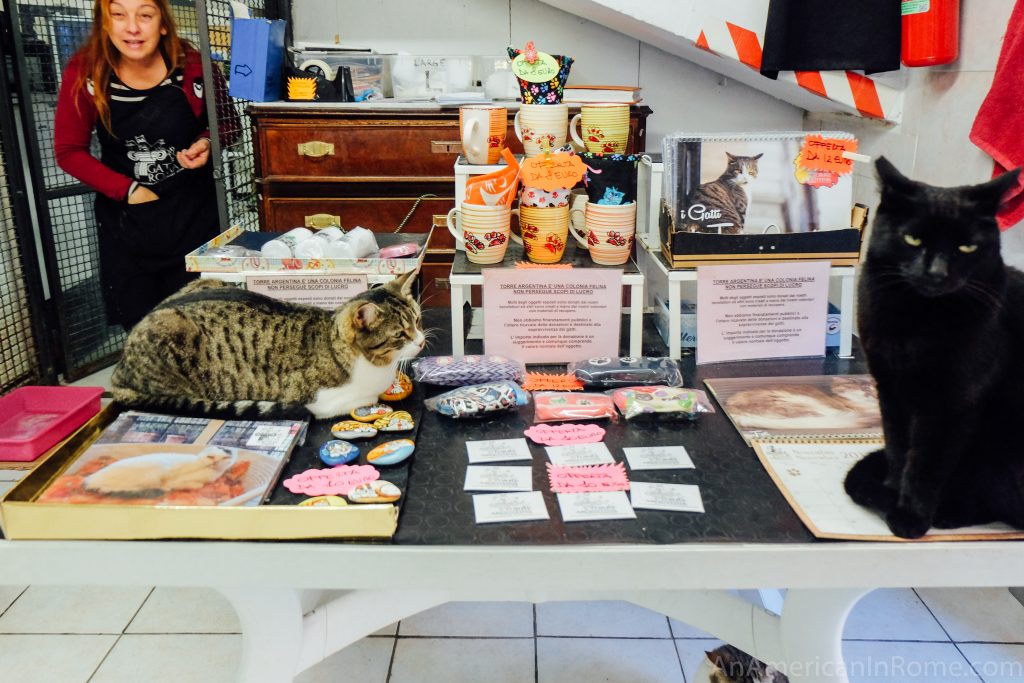 Built into a small alcove at the end of the square, the sanctuary is 100% volunteer-run. Inside is a small shop that sells little souvenirs to fund the food and medical care for the rescued cats. 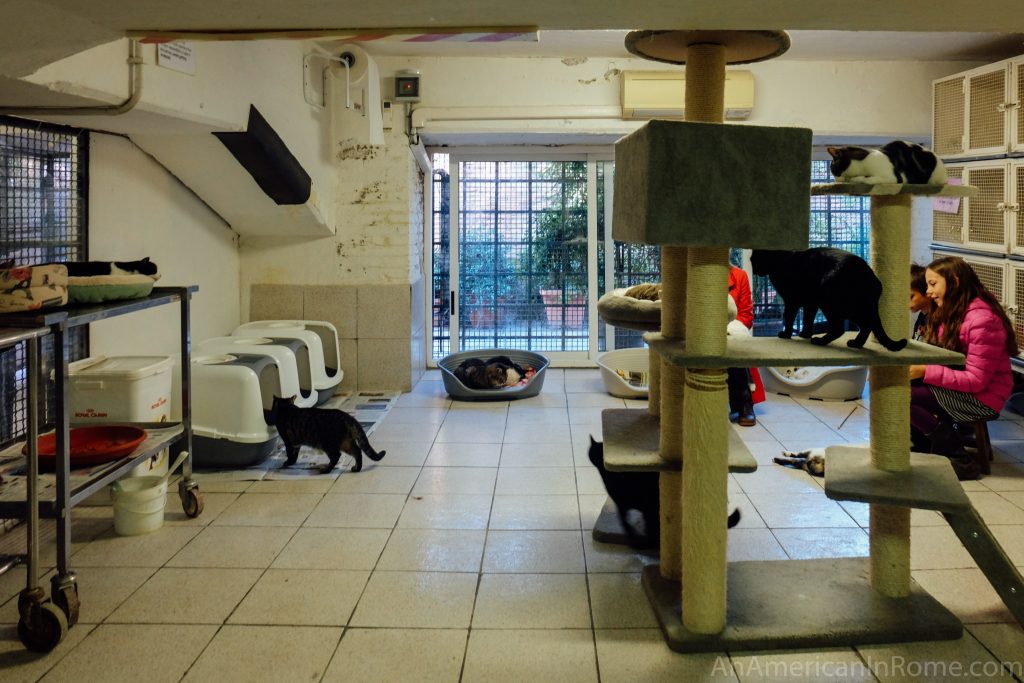 There are usually around 150 cats living at the sanctuary at any given time, and if you ask nicely you can go visit some of them. 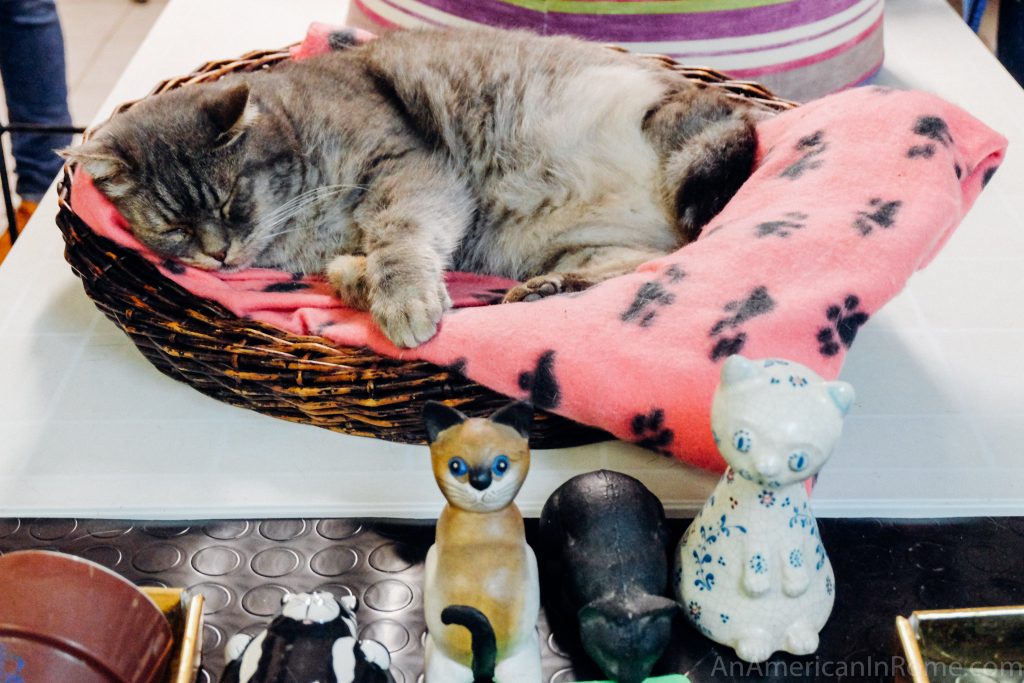 Almost all the kitties are available for adoption. 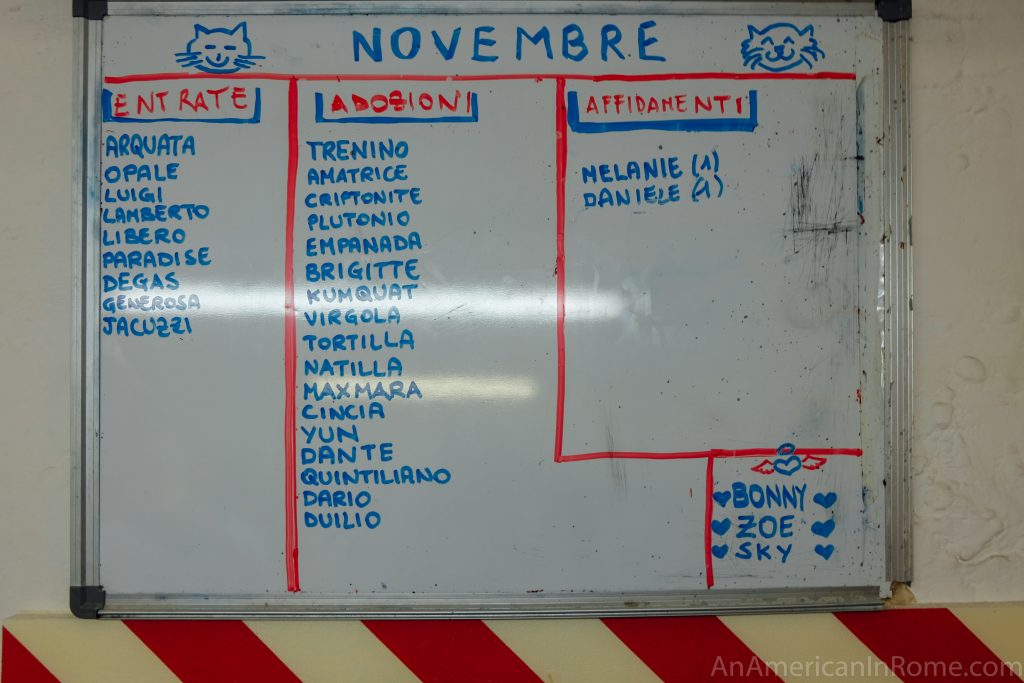 You can ask about adoptions (and adoptions from a distance) at the sanctuary itself. 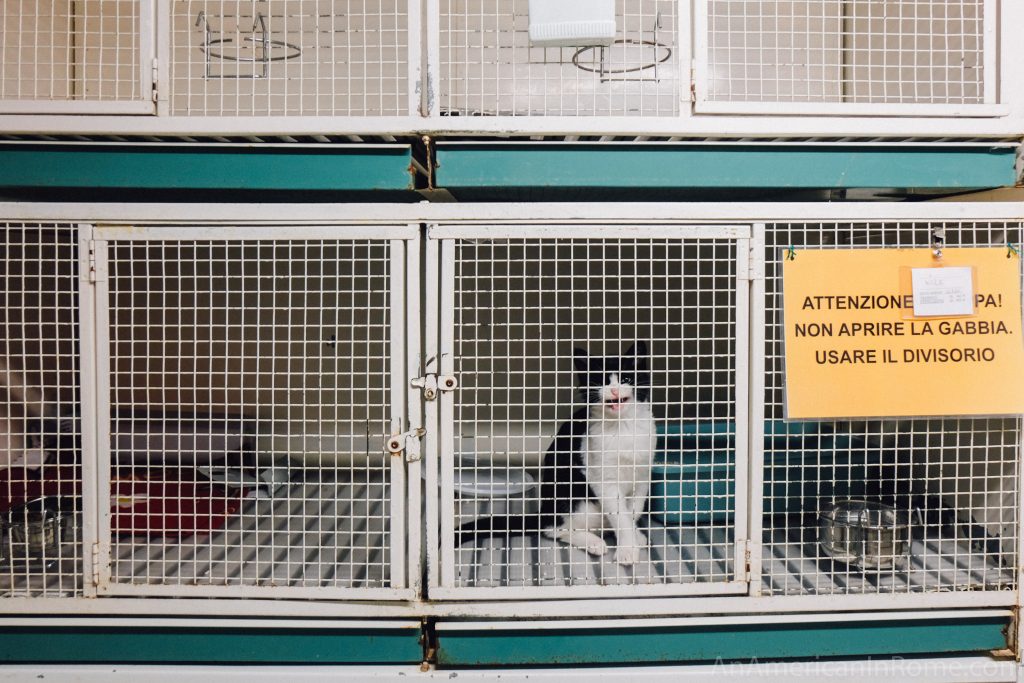 New arrivals might be separated from their feline friends while they await health checks, but you can otherwise pet and hang out with the cats who wander around inside. 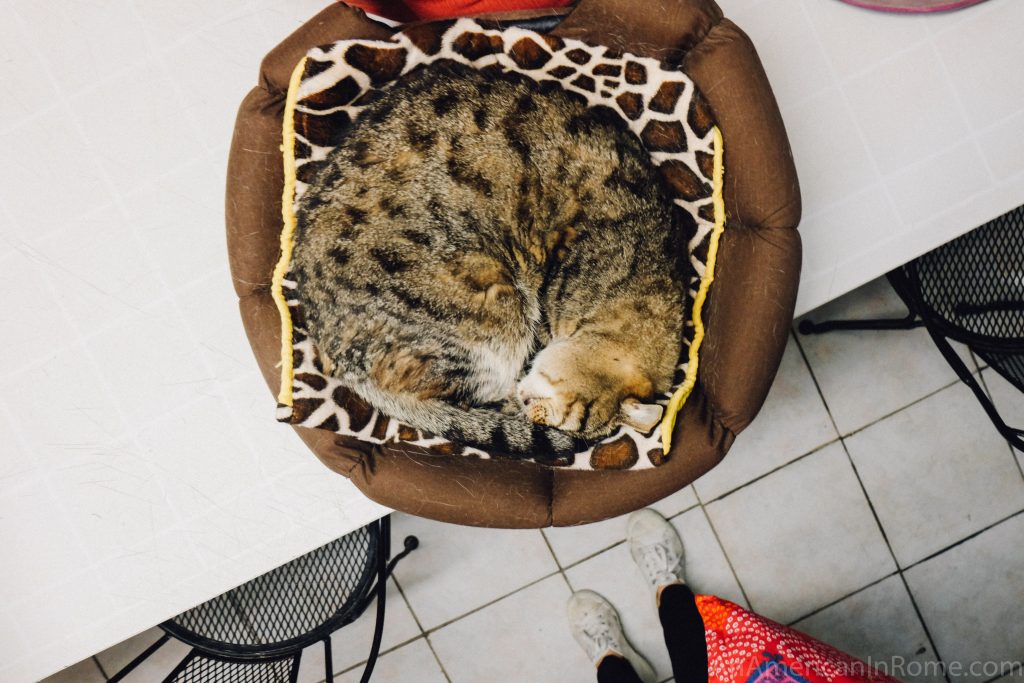 Well, inside there is technically more napping than wandering. 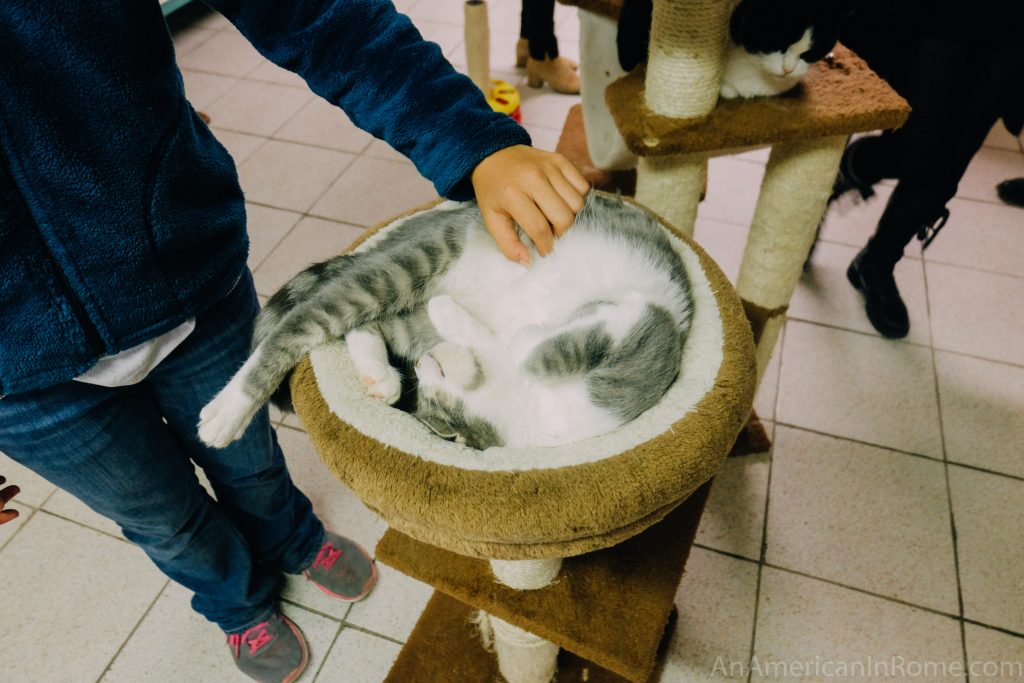 If you are in the area, stop by any day between 12 pm and 6 pm – and consider leaving a small donation to support the adoptions!