Every time I go to Florence, I realize how much I have missed it. I find it unfair to try to compare the Tuscan city to Rome, though many people try. In the end, Florence is its own creation – a beautiful Rennaissance town that is still known for its fashion, art, and craftsmanship.

Florence is only an hour and a half from Rome on the high-speed train so I should really be there more often. In fact, you can visit on a day trip if you need to. But until my next visit, I have put together my favorite quotes about Florence so I can revel in the words until I see the city again. 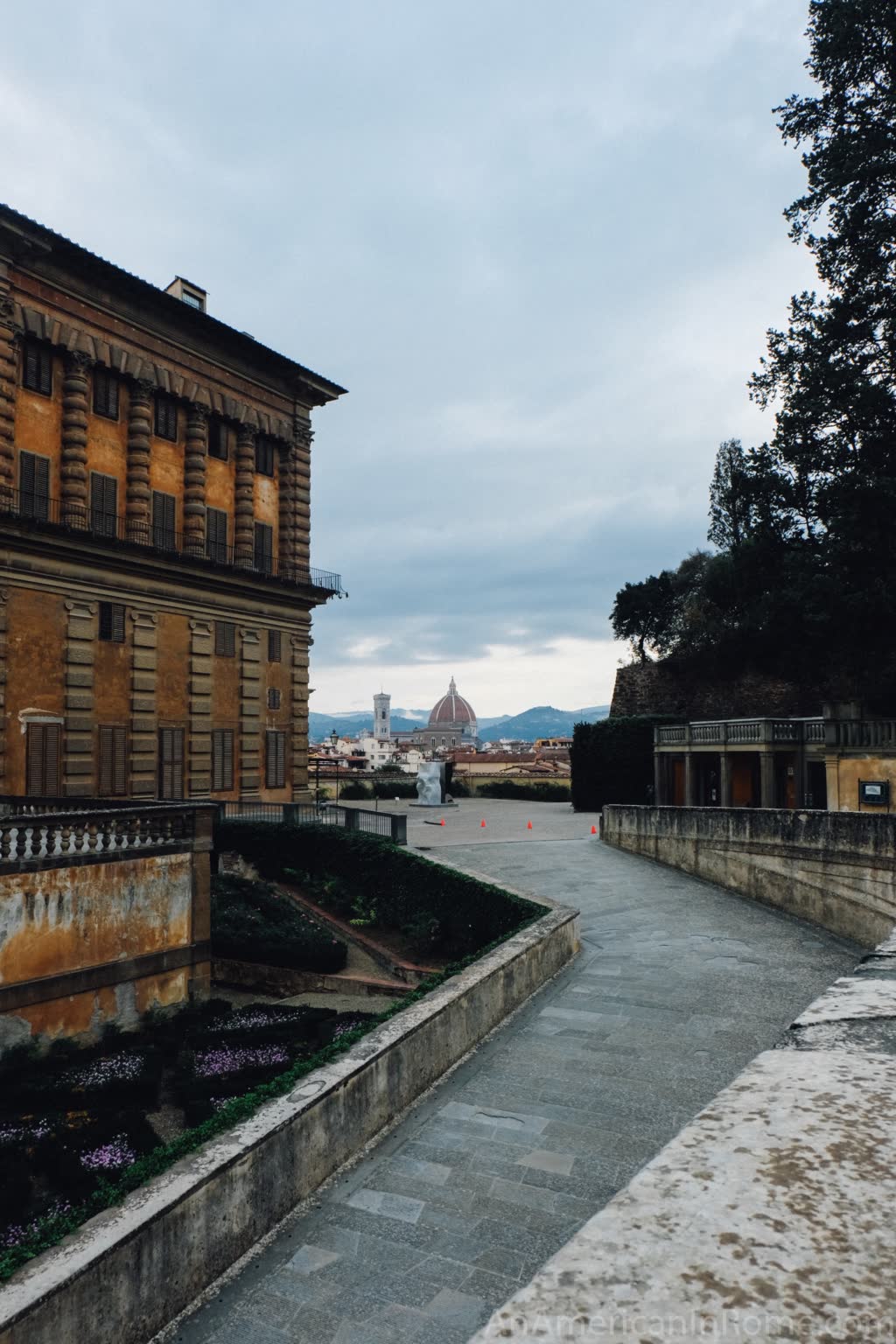 “Everything about Florence seems to be colored with a mild violet, like diluted wine.” 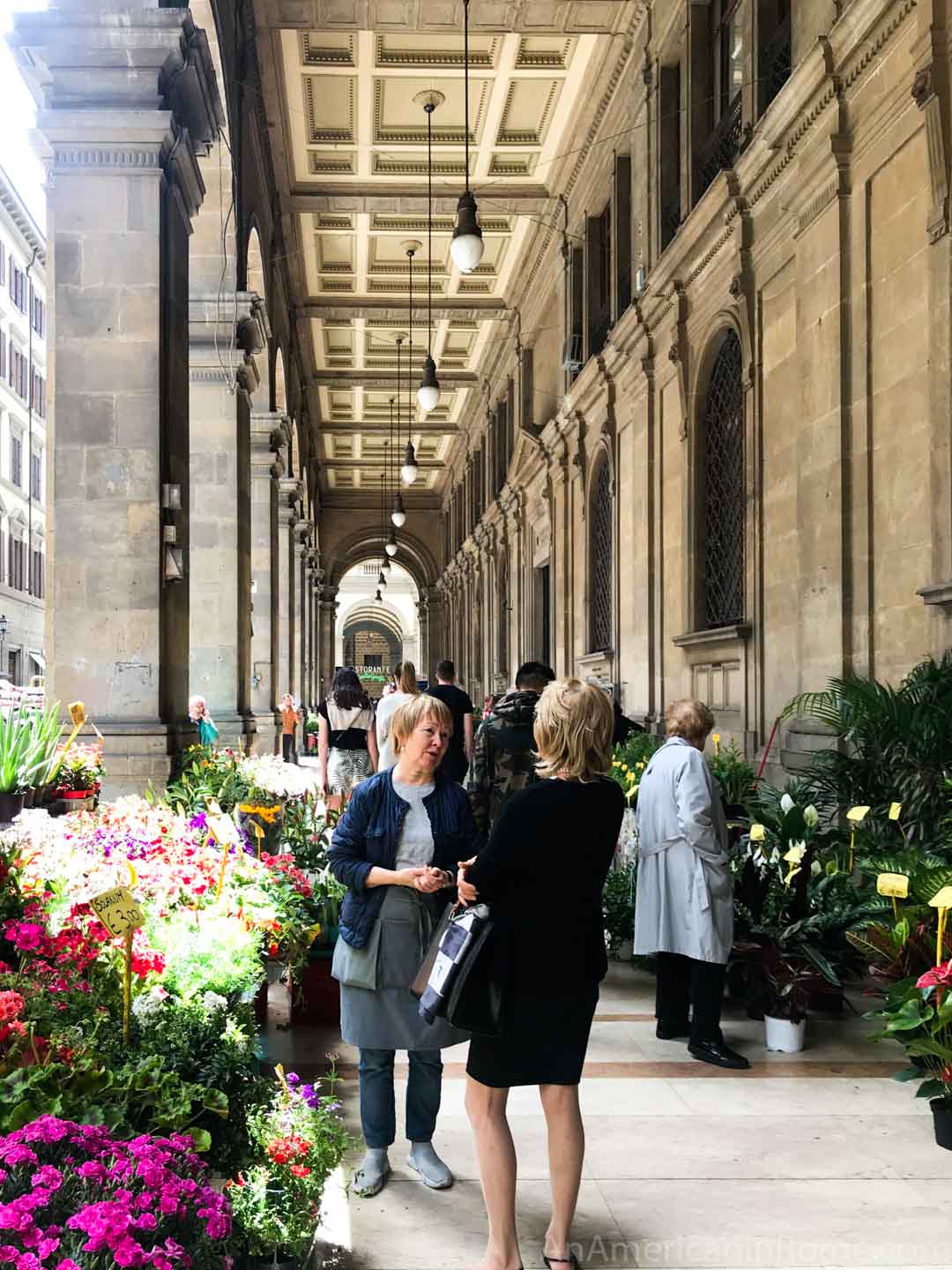 “And when I thought of Florence, it was like a miracle city embalmed and like a corolla, because it was called the city of lilies and its cathedral, St. Mary of the Flowers.” 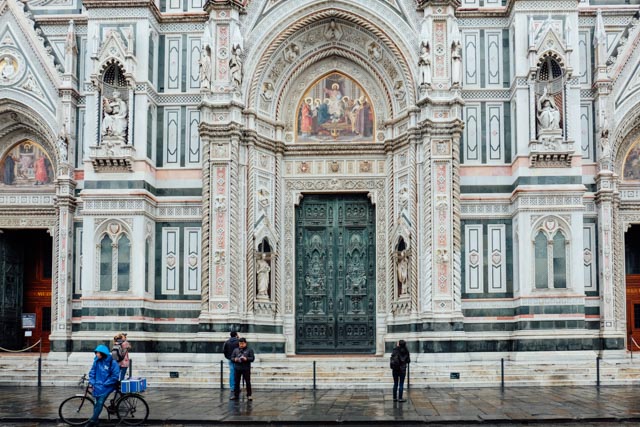 “This is the fairest picture on our planet, the most enchanting to look upon, the most satisfying to the eye and the spirit. To see the sun sink down, drowned on his pink and purple and golden floods, and overwhelm Florence with tides of color that make all the sharp lines dim and faint and turn the solid city to a city of dreams, is a sight to stir the coldest nature, and make a sympathetic one drunk with ecstasy.” 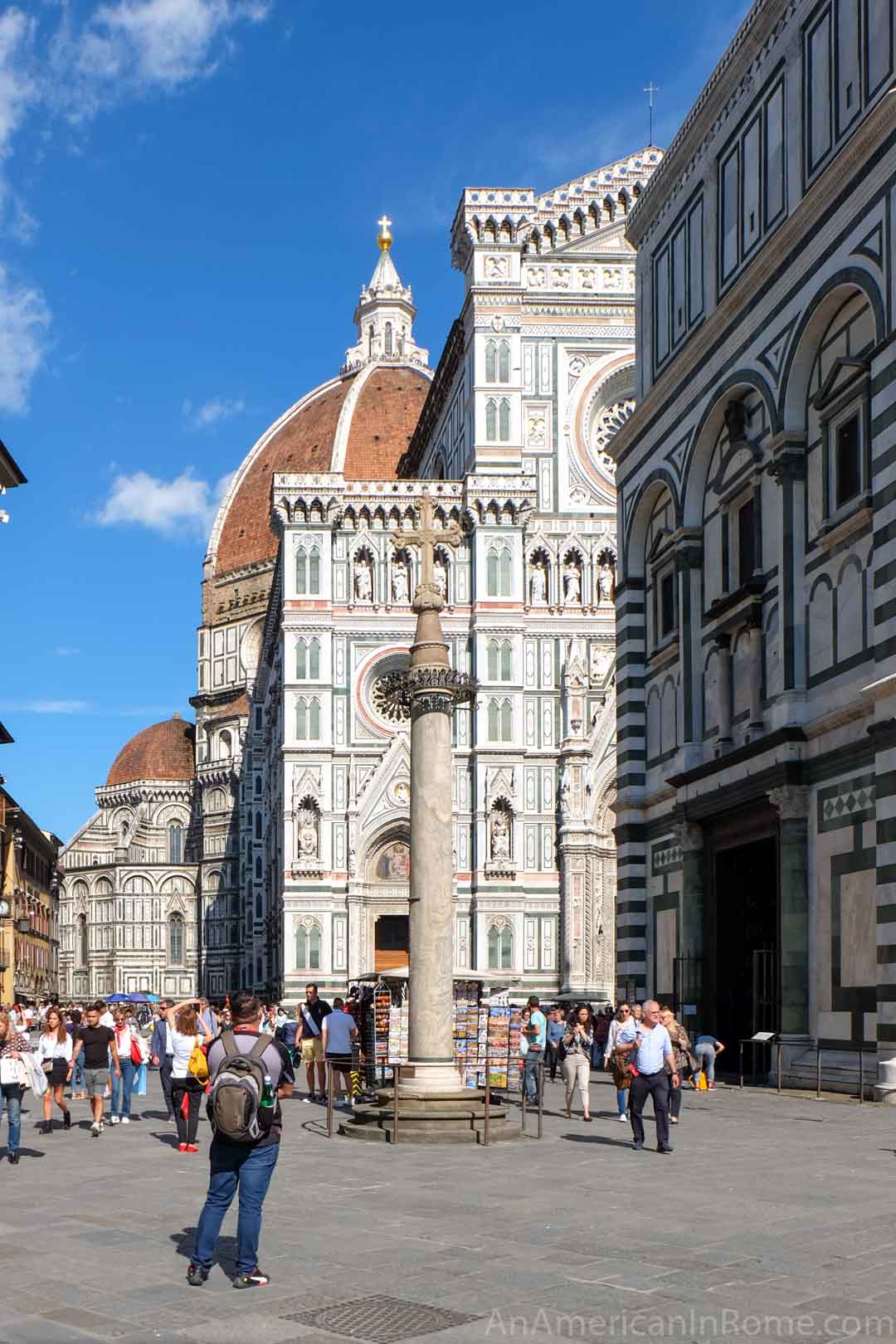 “Among the four old bridges that span the river, the Ponte Vecchio, that bridge which is covered with the shops of jewelers and goldsmiths, is a most enchanting feature in the scene. The space of one house, in the center, being left open, the view beyond, is shown as in a frame; and that precious glimpse of sky, and water, and rich buildings, shining so quietly among the huddled roofs and gables on the bridge, is exquisite”. 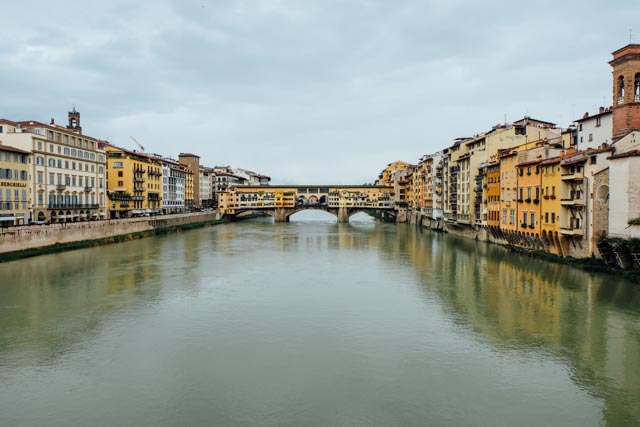 “Through these old streets I wander dreamily; Around me Florence sweeps her busy tide of life.” 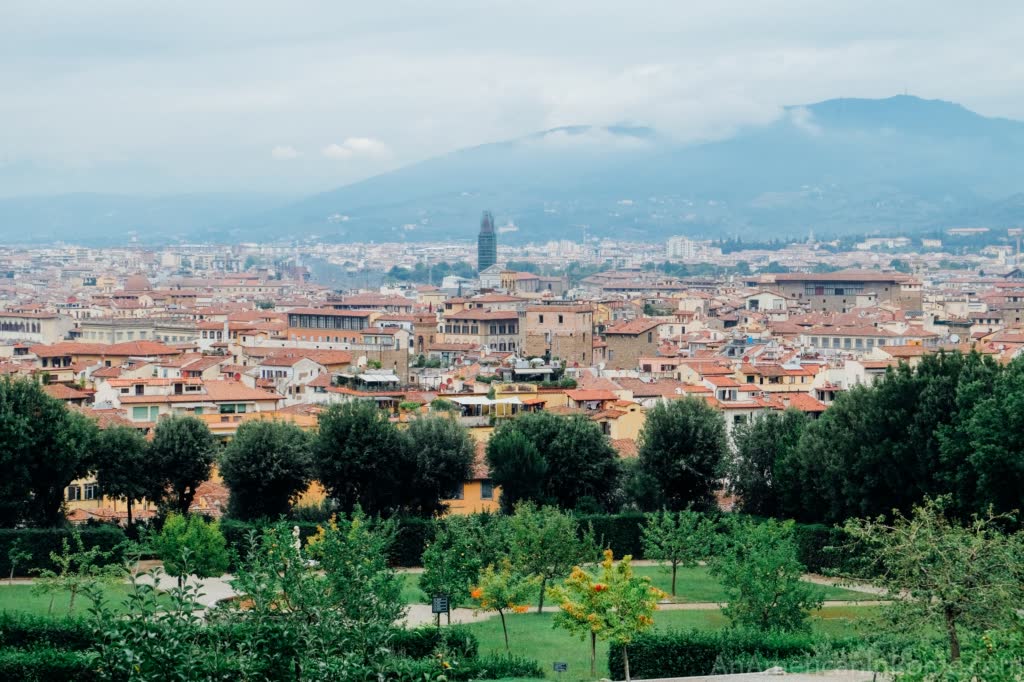 And the voices in the waves are always whispering to Florence, in their ceaseless murmuring, of love – of love, eternal and illimitable, not bounded by the confines of this world, or by the end of time, but ranging still, beyond the sea, beyond the sky, to the invisible country far away! 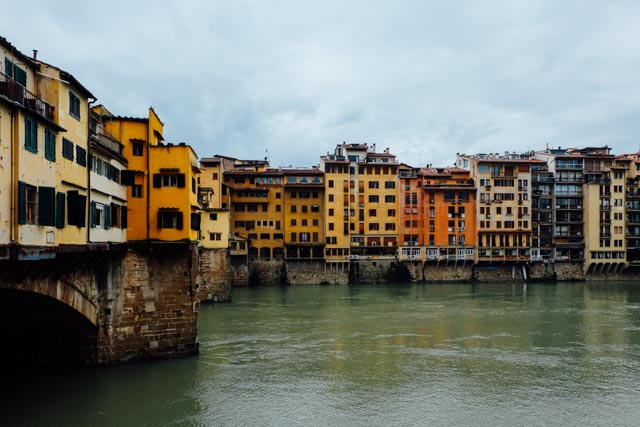 Under the shadow of a stately Pile,
The dome of Florence, pensive and alone,
Nor giving heed to aught that passed the while,
I stood, and gazed upon a marble stone,
The laurelled Dante’s favourite seat. A throne, 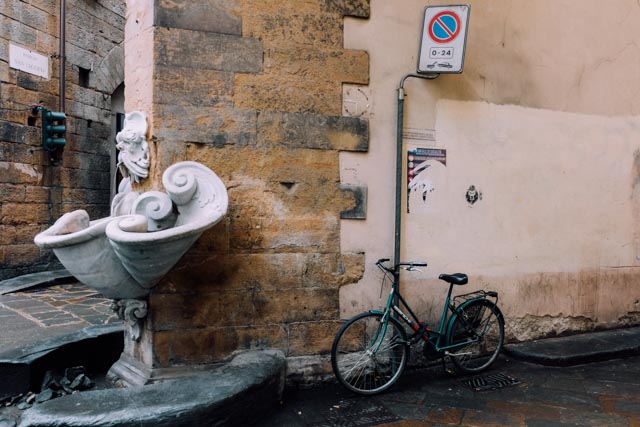 In Paris, you learn wit, in London you learn to crush your social rivals, and in Florence you learn poise. 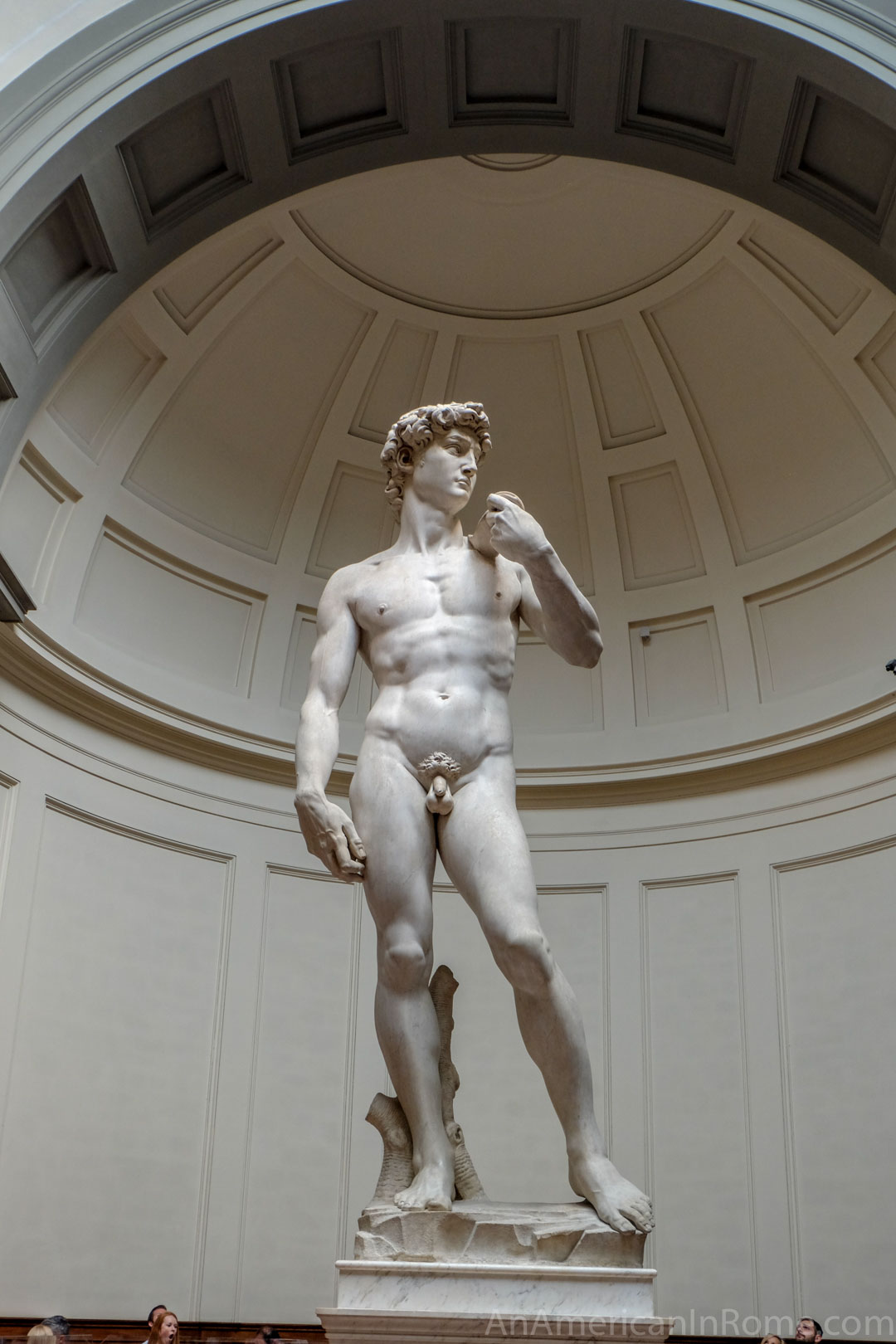 Do you have any other favorite quotes about Florence?

And if you would like to read more, here are my favorite quotes about Rome, Naples, and Venice.