When St. Francis came to Rome, he stayed in a convent attached to a little orange church in Trastevere. That church now bears his name: San Francesco a Ripa Grande. While you will find the bigger crowds at Santa Maria in Trastevere, the better art connection is at this church – a 5-minute walk away. 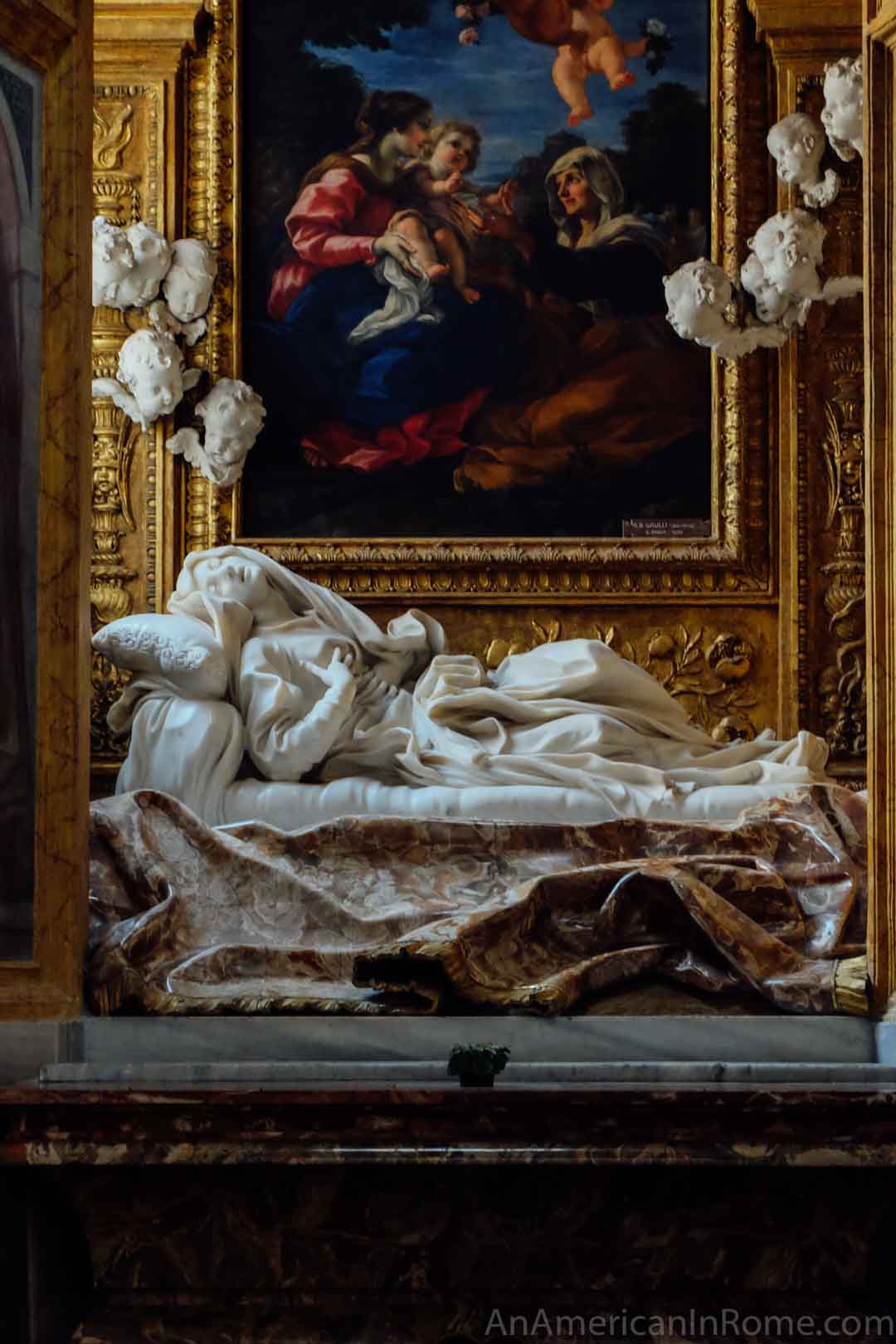 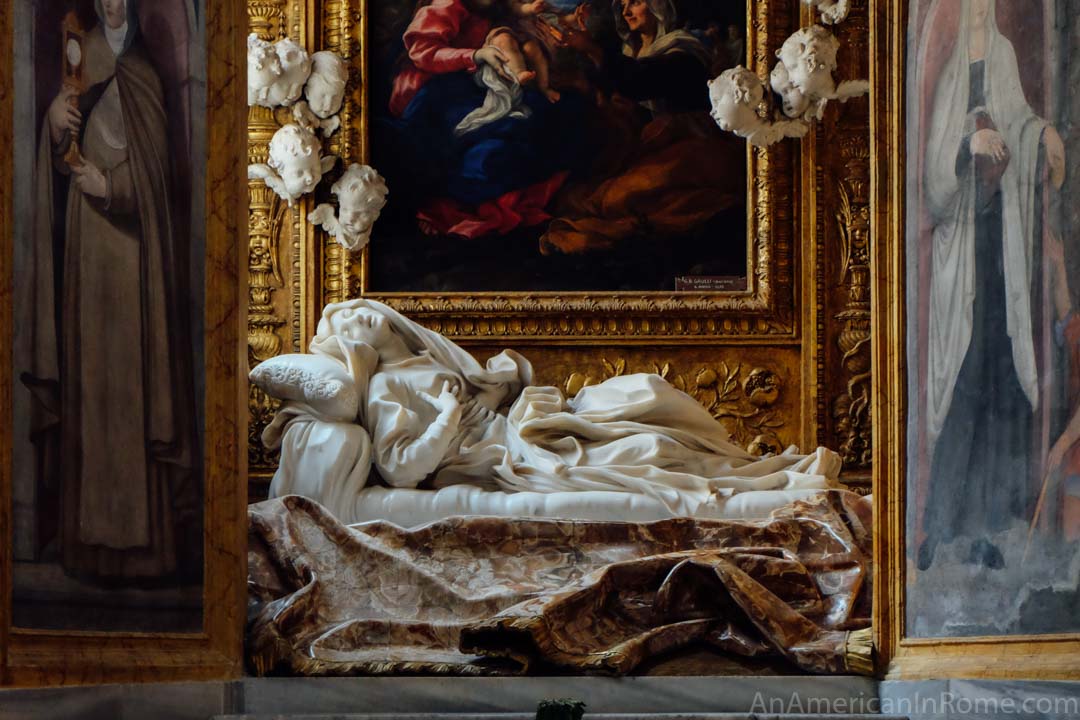 The blessed Ludovica is having a religious moment, but many view the sculpture as much racier and Bernini certainly raised some eyebrows when it was unveiled. The marble figure is one of his later works.

Ludovica Albertoni lived in Trastevere and joined the Franciscan order, so the church is a fitting location for this tribute.

The Roman noblewoman was beatified (the step before sainthood) after dedicated her life to the service of the poor. She gave herself over to charity after her husband died. 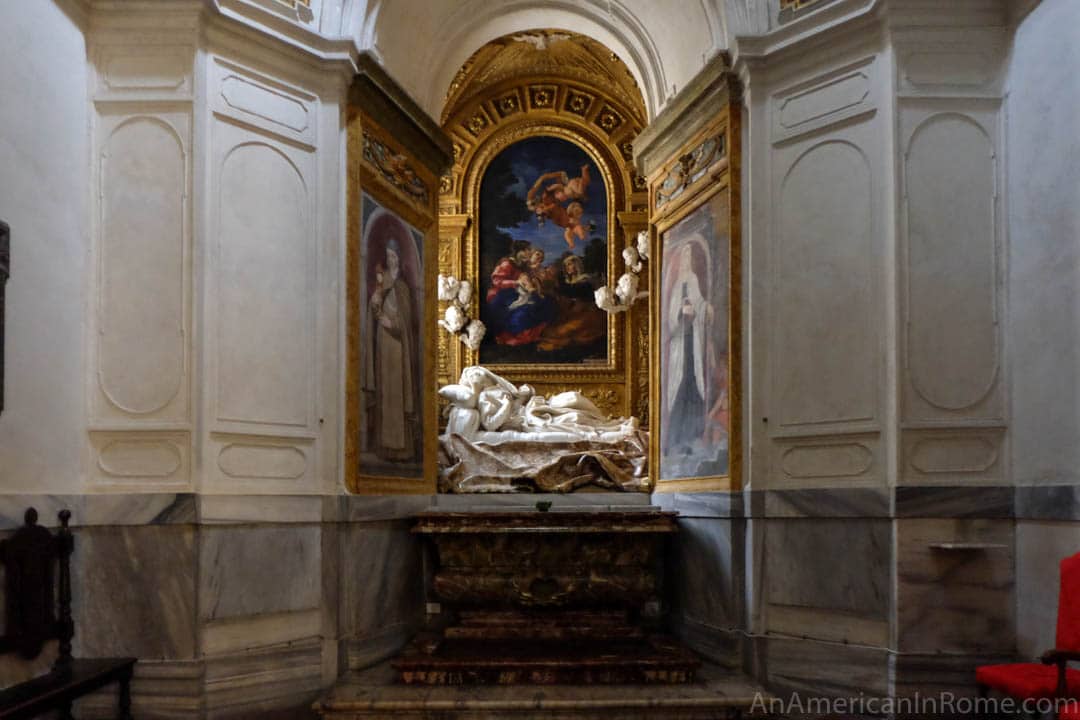 Their marriage was unhappy. He had a terrible temper and after his death, his brother attempted to steal away the family fortune. Ludovica fought him in court and won the right to her three daughters’ inheritance.

Their financial well-being ensured, she was free to dedicate her life to the Franciscans and she spent her share of the money on supporting the poor. Her efforts to look after the health of the downtrodden during the sack of Rome earned her the nickname “mother of the poor.” 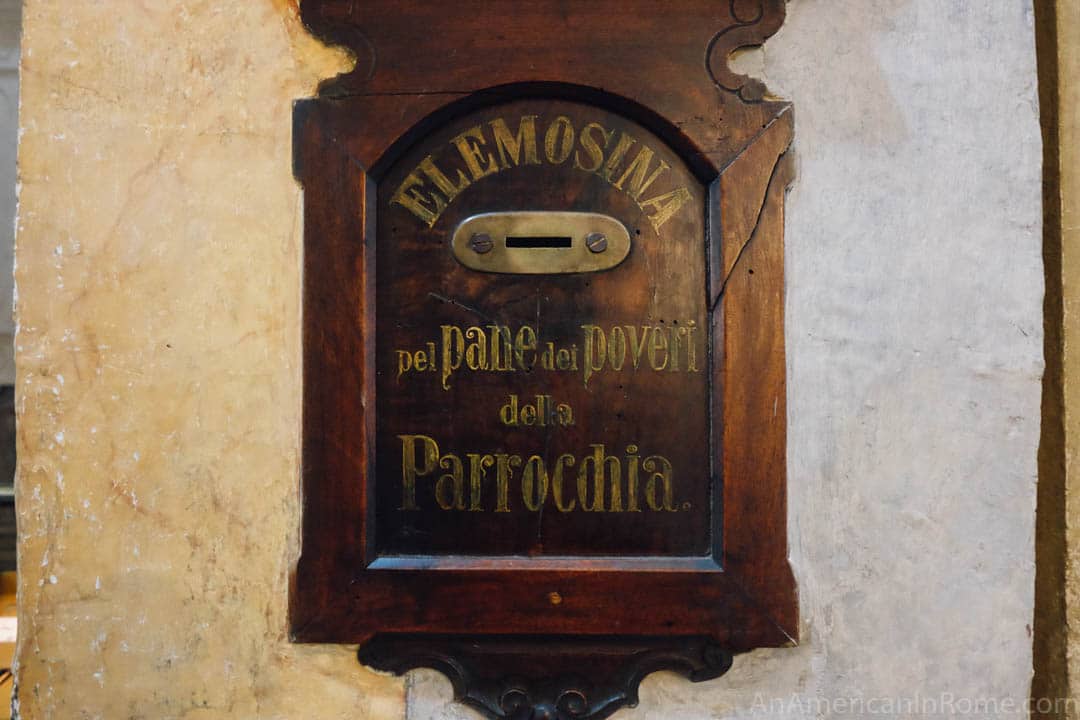 And the story behind the Bernini sculpture in Trastevere? Well, Beata Ludovica had a reputation as a miracle worker and regularly experienced religious ecstasy, even levitating on occasion. 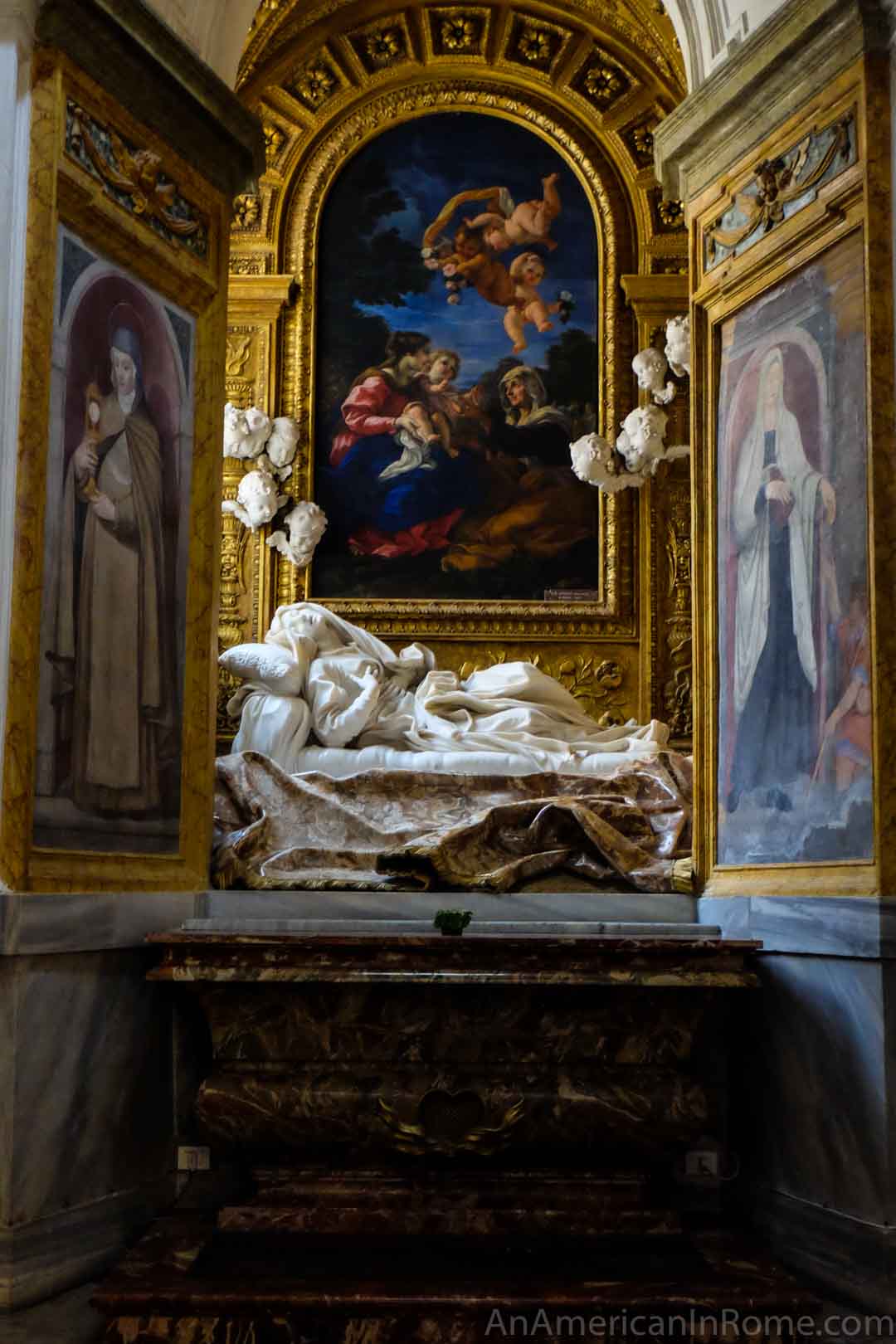 I love the way the sunlight falls on Berini’s Beata Ludovica – she really does seem to be having a moment.

But the reclining sculpture is not the only thing to see at San Francesco di Ripa Grande. The convent also has the cell where St. Francis stayed, along with the rock he slept on. 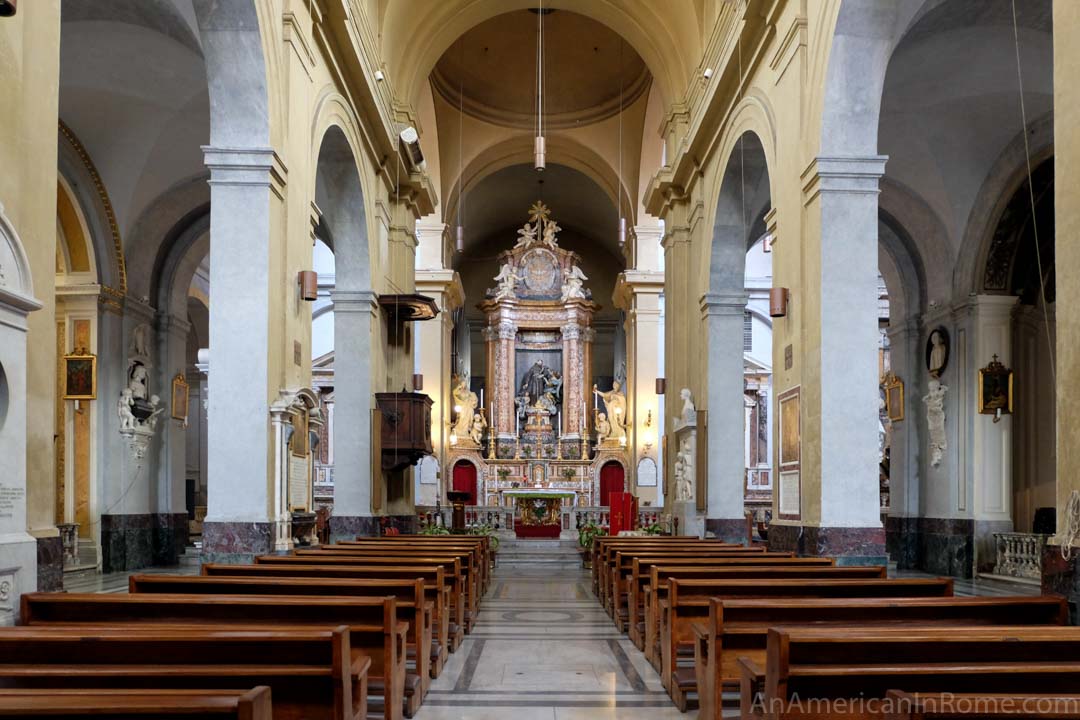 And just to the left when you enter the church is the tomb of Giorgio de Chirico. The Italian painter lived by the Spanish Steps but is buried here in Trastevere. 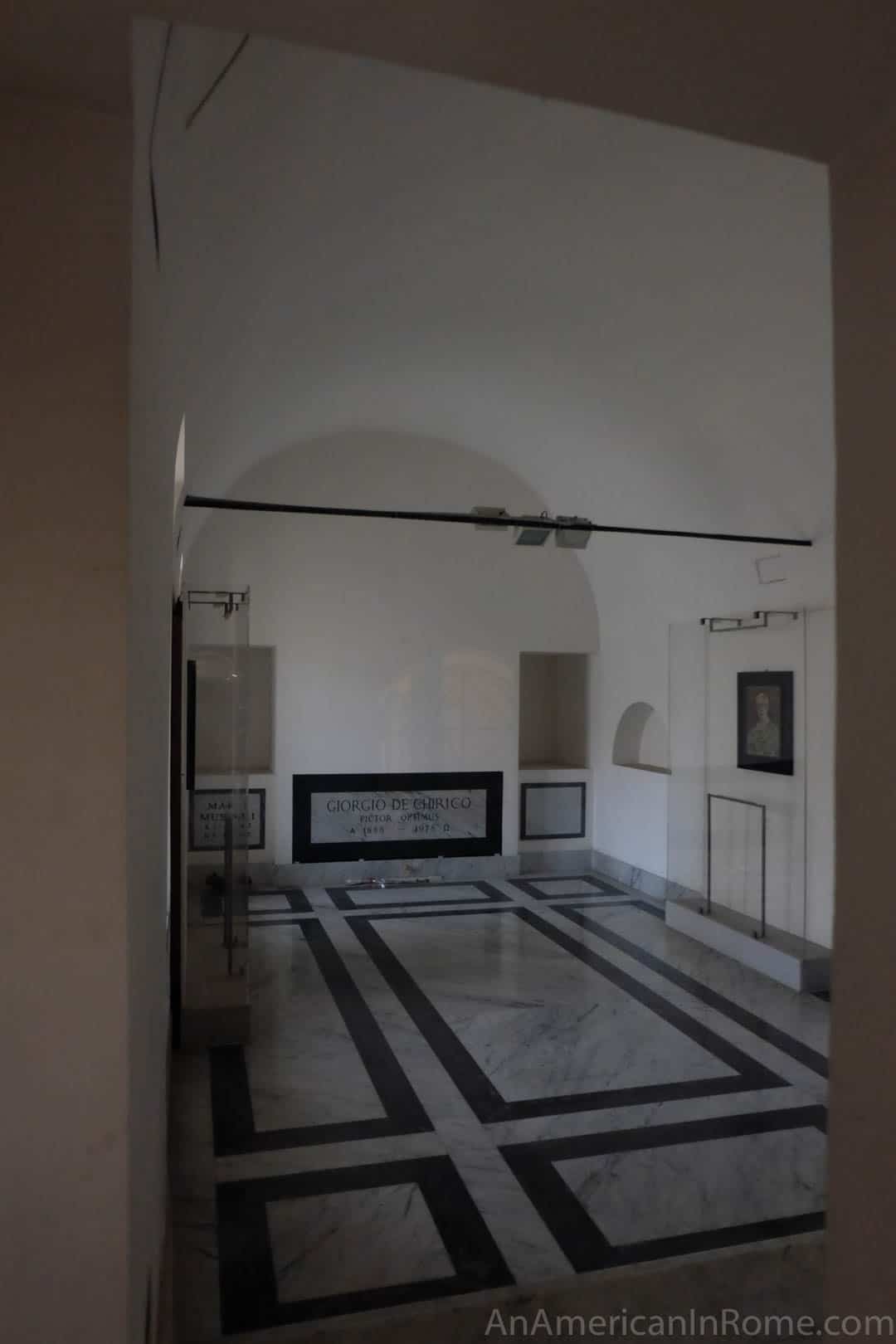 But mainly I appreciate the solitude of this little church. It is one I walk by often I can almost never resist the opportunity to pop in to see the sculpture and to enjoy a few moments of quiet – alone with a masterpiece. 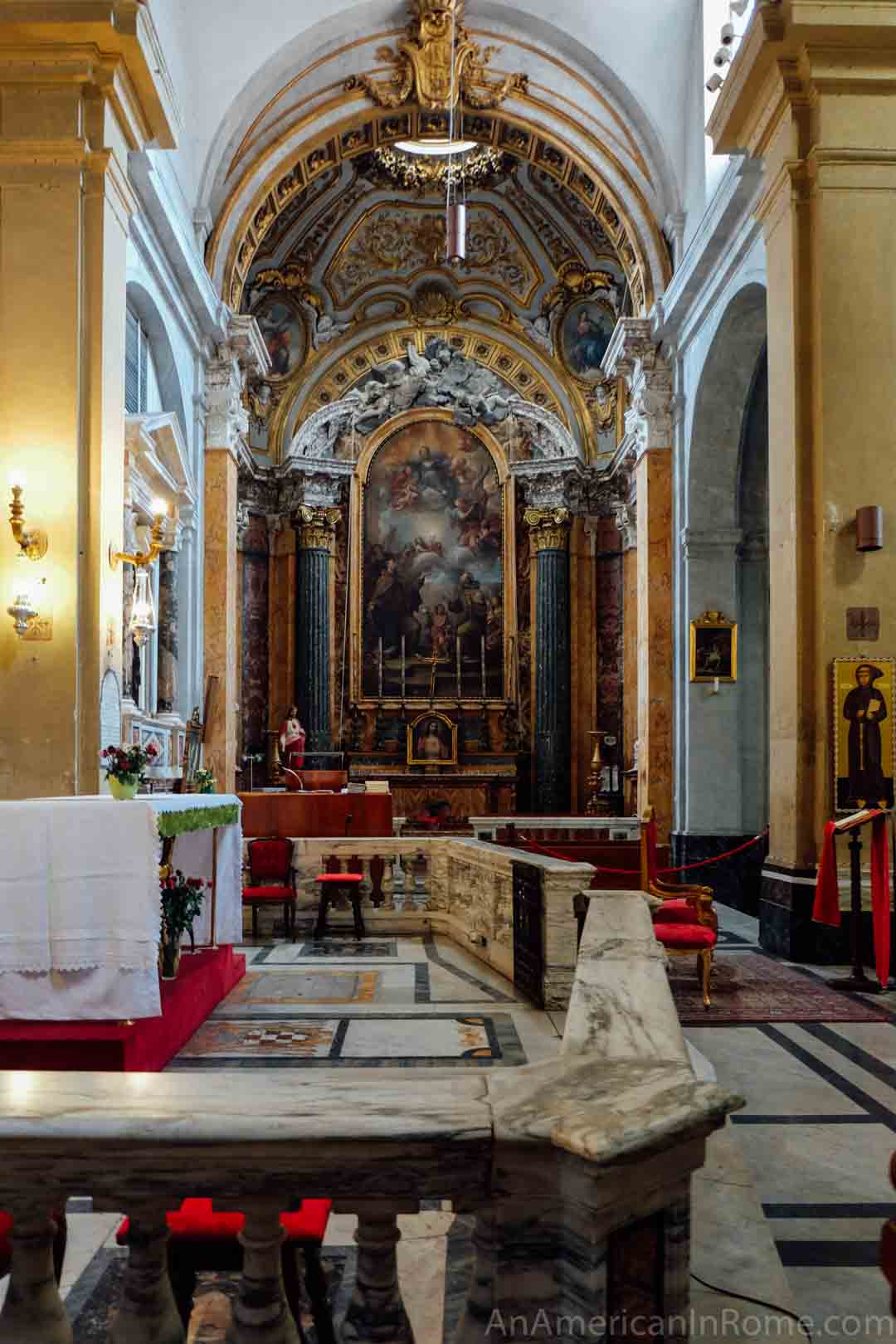 If you want more time to explore the area, I think Trastevere is one of the best places to stay in Rome. Here are my favorite hotels and apartment rentals in the neighborhood.