After you have gorged on pizza bianca at Antico Forno Roscioli, you can walk a few doors down for gelato at Carapina. 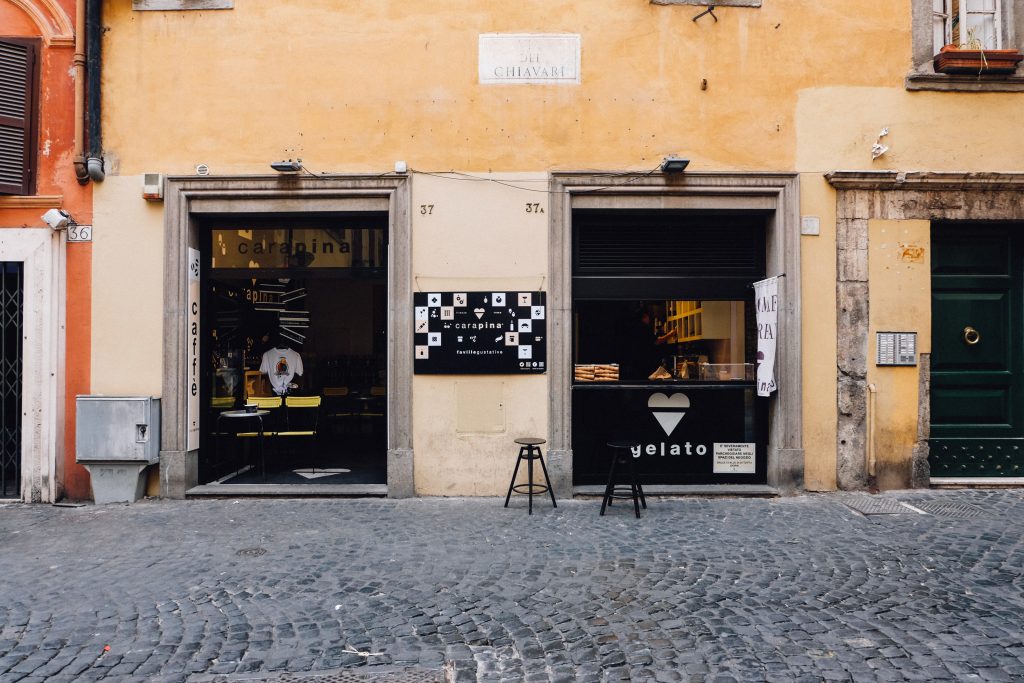 Carapina started in Florence, but opened a Rome location in 2014.

The focus is on seasonal flavors made with natural ingredients. In fact, Carapina has a calendar of ingredients, marking the months when eat is available.

… but I was not allowed to take a photo of that.

Or of anything really. 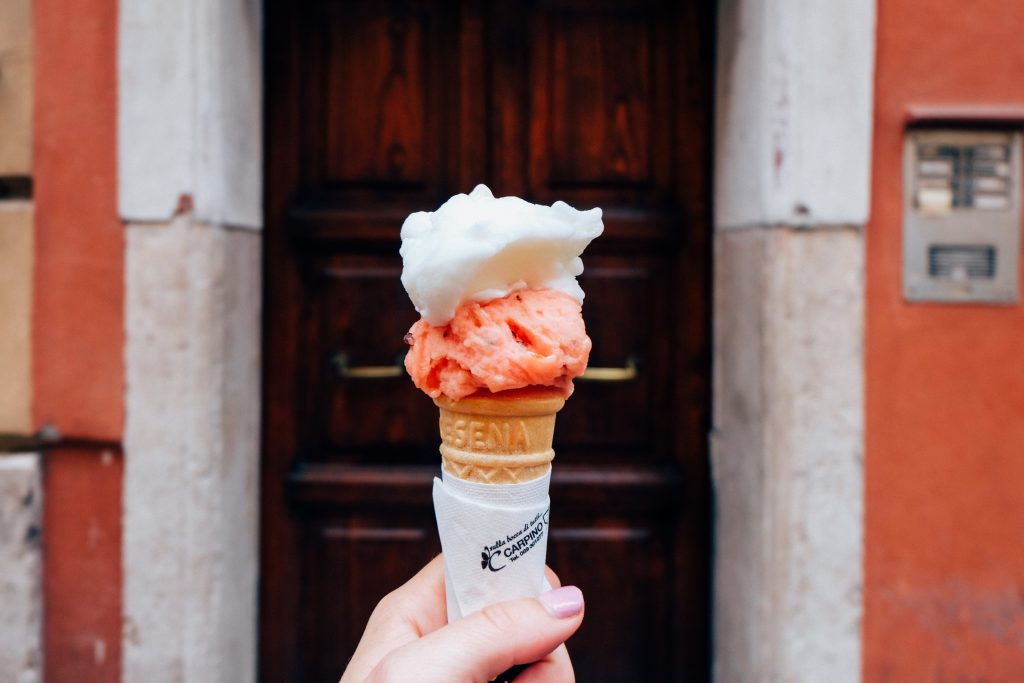 Located on a quiet street between Largo Argentina and Campo de’ Fiori, Carapina is a good gelato break between Eternal City sightseeing stops.

The light fruit flavors are best.

Want to see this on a map? Check out my post on the best gelato in Rome.