My first few months of living in Italy were confusing.

I had just left my career and my home.

I did not speak the language.

I met the man who would eventually become my husband, but I had no idea if he even liked me at that point.

I had never spent Christmas away from my family.

So my dearest and oldest friend hopped on a plane to spend the holidays with me in Rome. 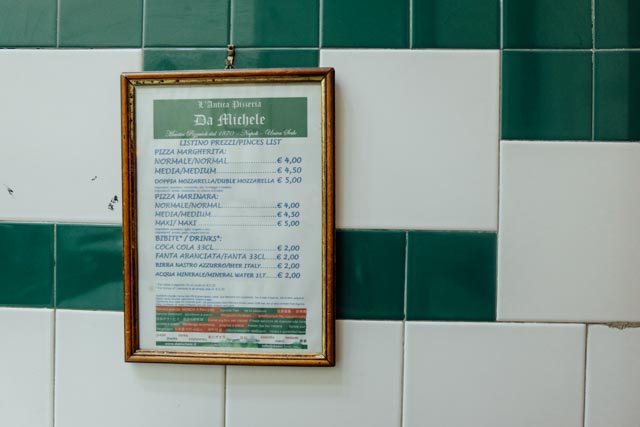 I had been waiting for her to arrive so that we could go to Naples. In 2010, I had read so many conflicting reports about the city and its struggles. I needed someone familiar to help me face it.

The first thing we did when we got off the (slow, regional) train was use our printed google maps to find L’Antica Pizzeria Da Michele.

Da Michele was a pizza institution, whose fame had recently exploded thanks to a little book called Eat, Pray, Love. 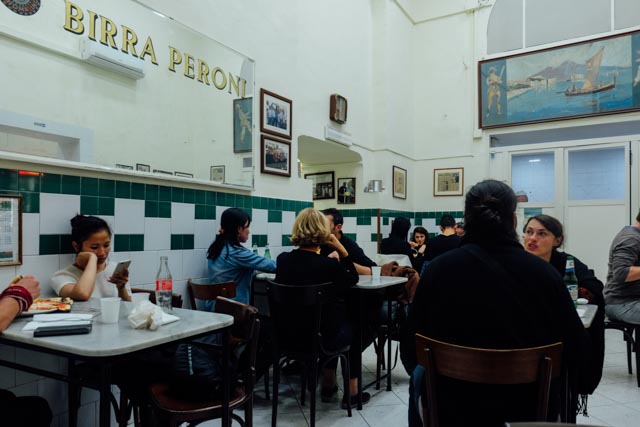 Five years ago, the pizza was a revelation to me. I fell in love with Da Michele.

The pizza is still €4, though the drinks have all increased by €0.50 (forgivable).

The old man who managed the dough seems to be gone, replaced by Lorenzo with his long ponytail, who was previously in charge of the oven. 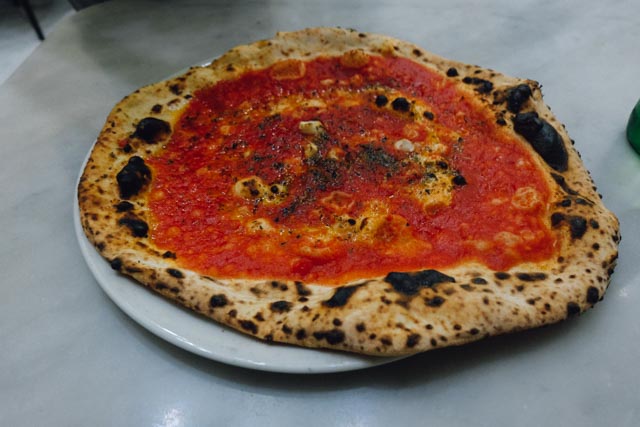 The marinara is still exceptional.

I recently forced this pizza upon us, the third of the day, because I had to know if my memories were intact.  We had just eaten at Da Matteo, which served up delicious starters but left something lacking in the pizza.

I had to know if the sauce I so viscerally remembered was real. I had to see if Da Michele would still live up to the hype.

It does. You will not be disappointed here, so long as the line moves quickly.

However, the best pizza in Naples is at Sorbillo.

I don’t really know what you are waiting for… Italy has asked that Neapolitan pizza-making be recognized as a part of Unesco’s cultural heritage list. It’s so good it’s culture. Get on a train for a day trip to Naples!

3 thoughts on “Does L’Antica Pizzeria Da Michele in Naples Live Up to the Hype?”