Many of Rome’s old cinemas have been slowly succumbing to changing habits and rising rents. While it is sad to see these institutions go out of business, it is heartening when they are restored and given new life to suit modern tastes.

The best example of this can be found in Trastevere’s new Live Alcazar. 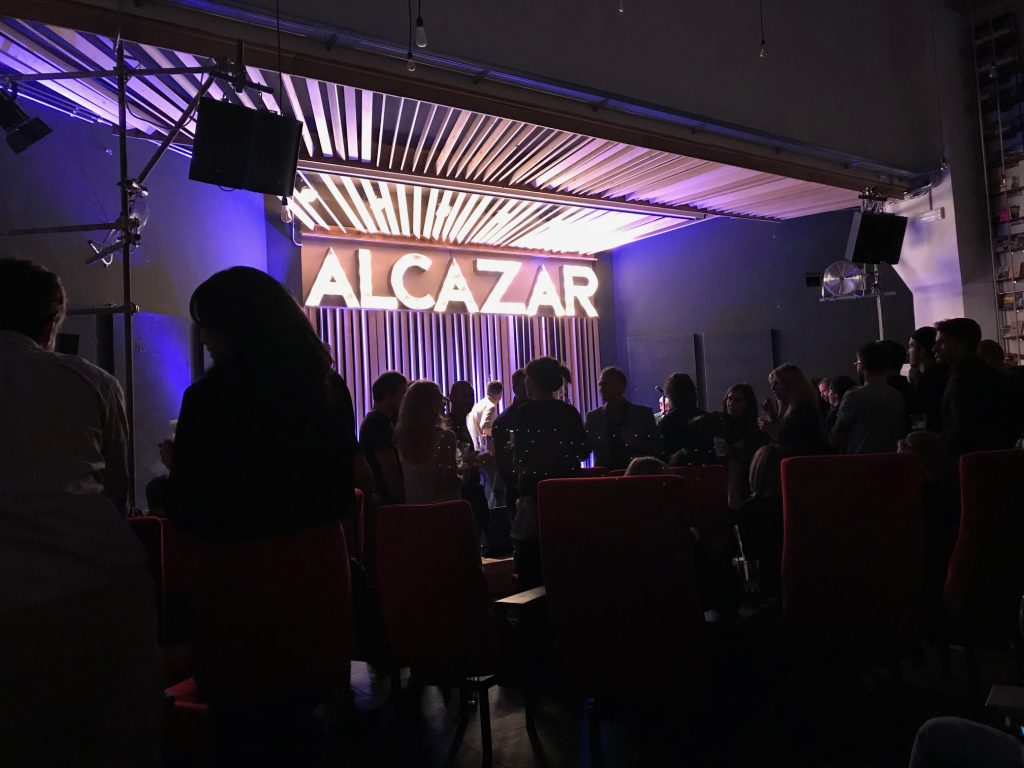 Previously a movie theater, the space has been remade into a cool music venue, restaurant and bar in the heart of this popular Rome neighborhood.

Rather than erasing the building’s past, Live Alcazar has maintained many of the best attributes, helping the venue to feel like an intimate theater. Nods to the building’s first incarnation include red velvet movie theater seats that can be pulled out during the concerts. 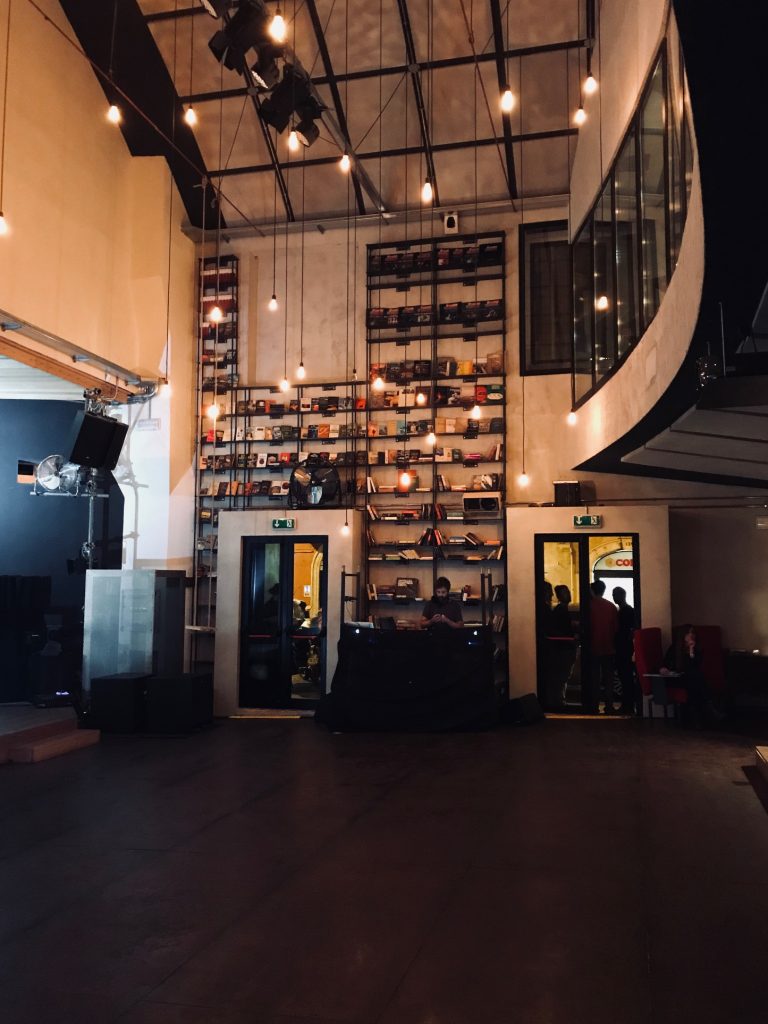 But Live Alcazar is more than just a music venue. The space also hosts popup markets on the weekends (with live jazz sets, naturally). 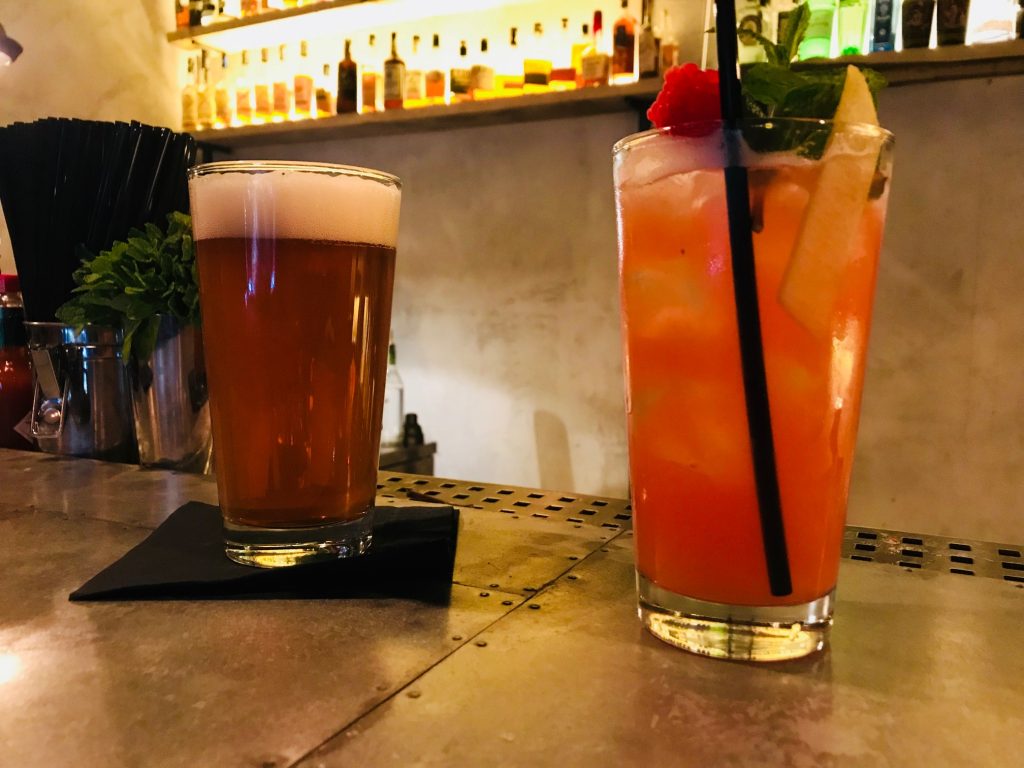 Whether there is a band or a DJ, the main floor also has a great bar with FREE popcorn. (I was too busy stuffing my face to get a photo of the snacks). 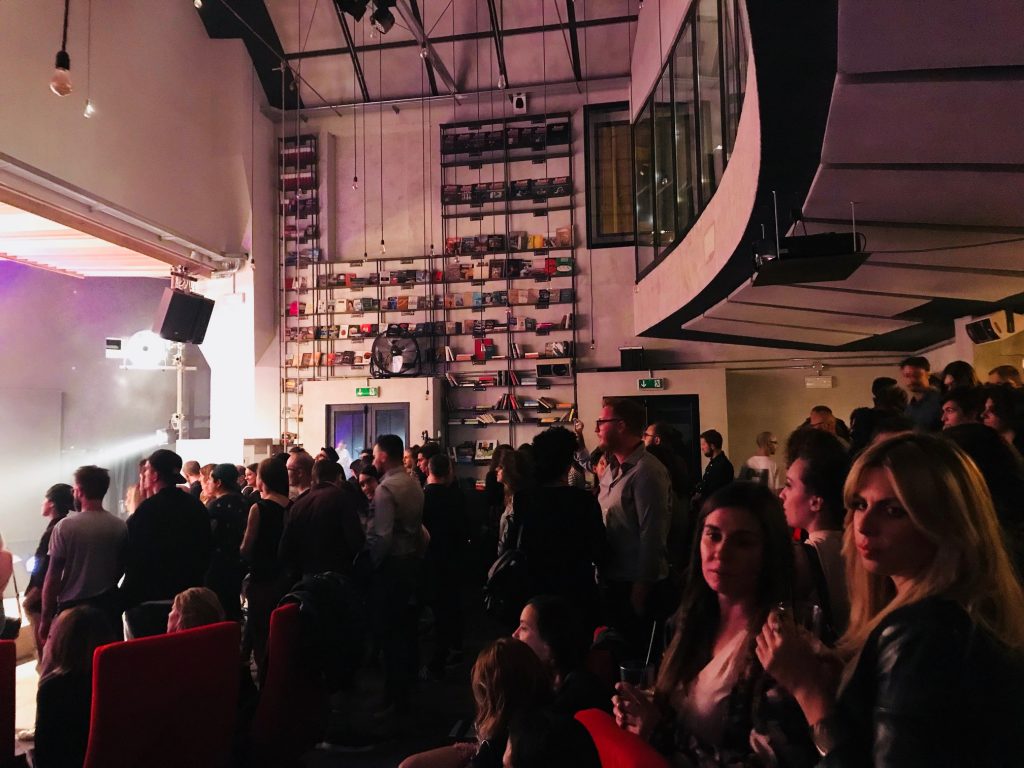 In addition to the main space downstairs, the area that would have originally held the movie projector has been transformed into a sleek hosteria.

While I haven’t tried the restaurant, I have walked through and the view of the stage is incredible. 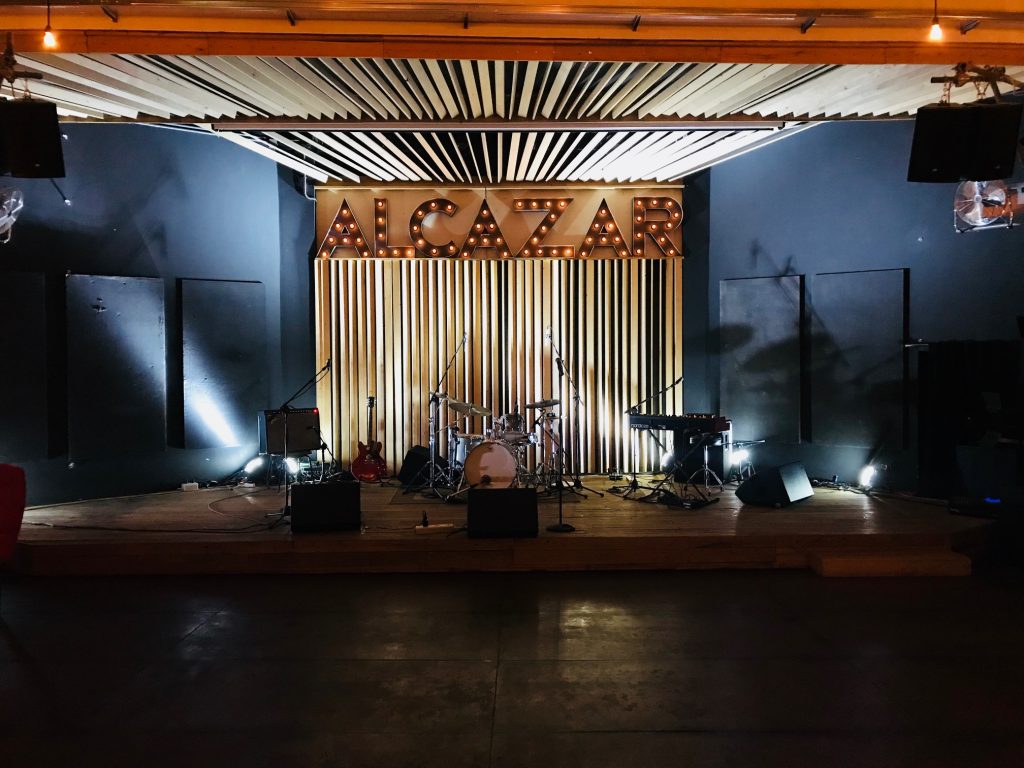 The live performances tend towards jazz and funk, with plenty of international bands making a stop here as they pass through Rome. Don’t expect huge names because the space is fairly limited, but we have loved the shows that we have been to so far. A full lineup can be found on their website.

For more recommendations on where to spend a night out, check out the full listing of Rome Bars.

One thought on “Alcazar Live: Bar and Music Venue in Rome’s Trastevere Neighborhood”