Rome is not known for its carnival (or carnevale) celebrations because it lacks the gorgeous costumes of Venice or the fantastical floats of Viareggio.

What is more common in Rome is to see children dressed up as their favorite characters, throwing colorful paper confetti around the piazza.

But one thing that Rome does have are delicious carnevale treats: castagnole and frappe.

Throughout Italy, carnevale is a period of indulgence and abandon leading up to the austerity of Lent. With the Vatican just down the road, it can be fairly serious business, so I very much appreciate that Romans have found their brand of free-wheeling good times in the form of food. 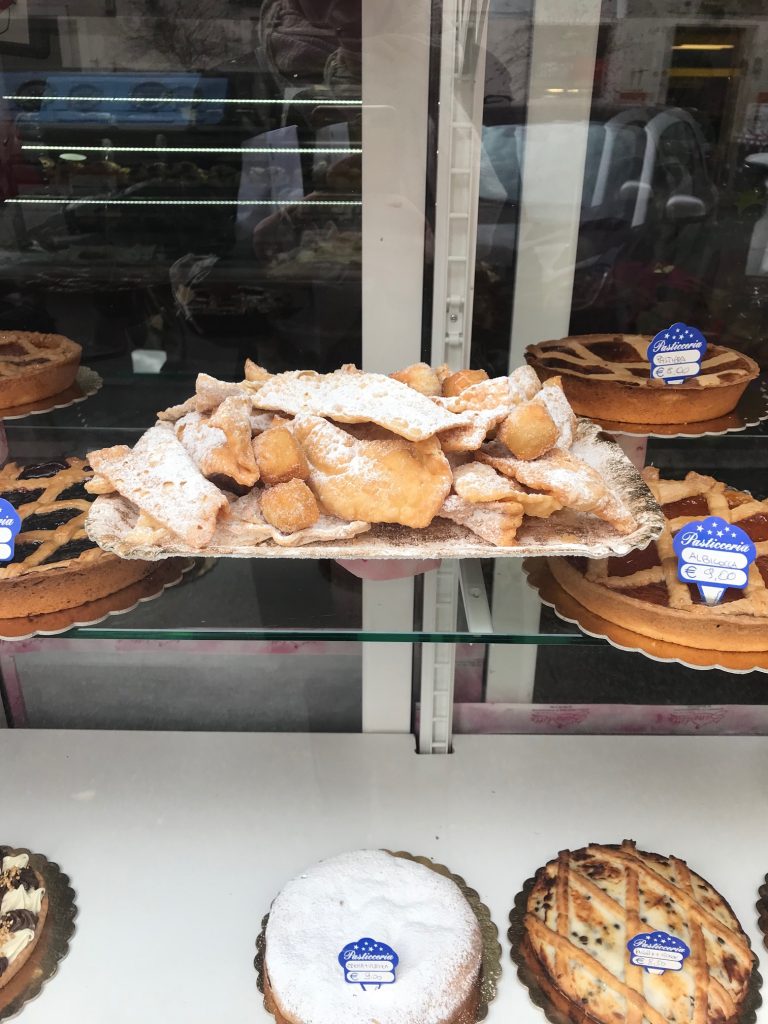 And so for a few weeks a year, you will begin to see frappe and castagnole appear behind the glass of the city’s pasticcerie (pastry shops) and bakeries.

The sweets are ordered based on weight and wrapped up like the gift they are for you to take home. 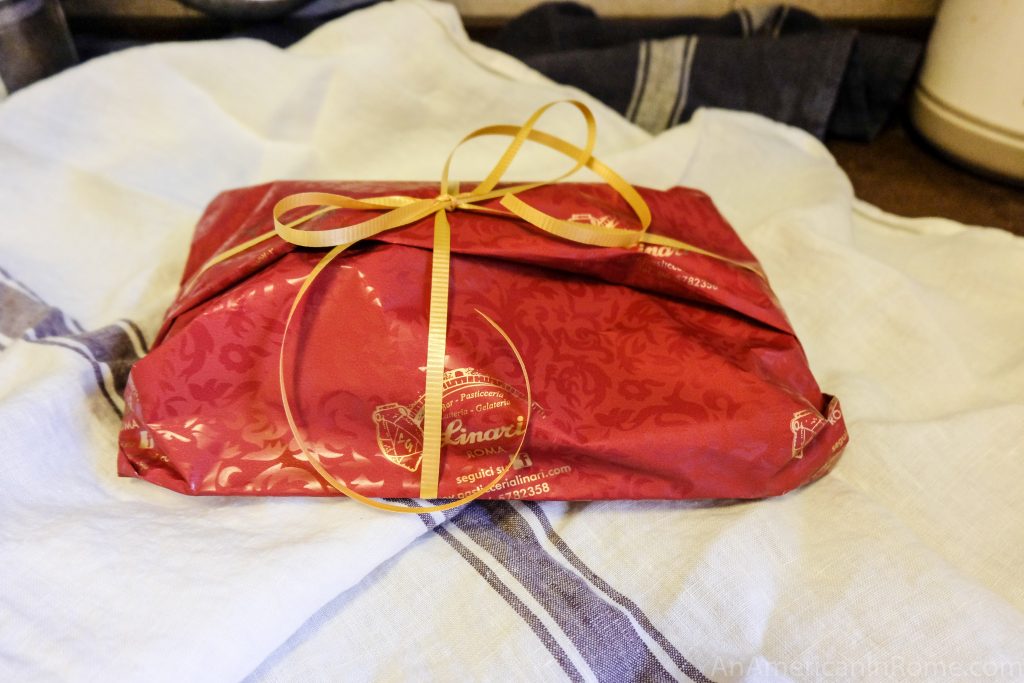 So why are these foods eaten in Rome during carnevale?

Well – have you ever heard of Fat Tuesday? The day before Ash Wednesday, the first day of Lent, was traditionally when all the fat in the kitchen had to be used up because there would be no cooking with lard during the 40 days leading up to Easter. 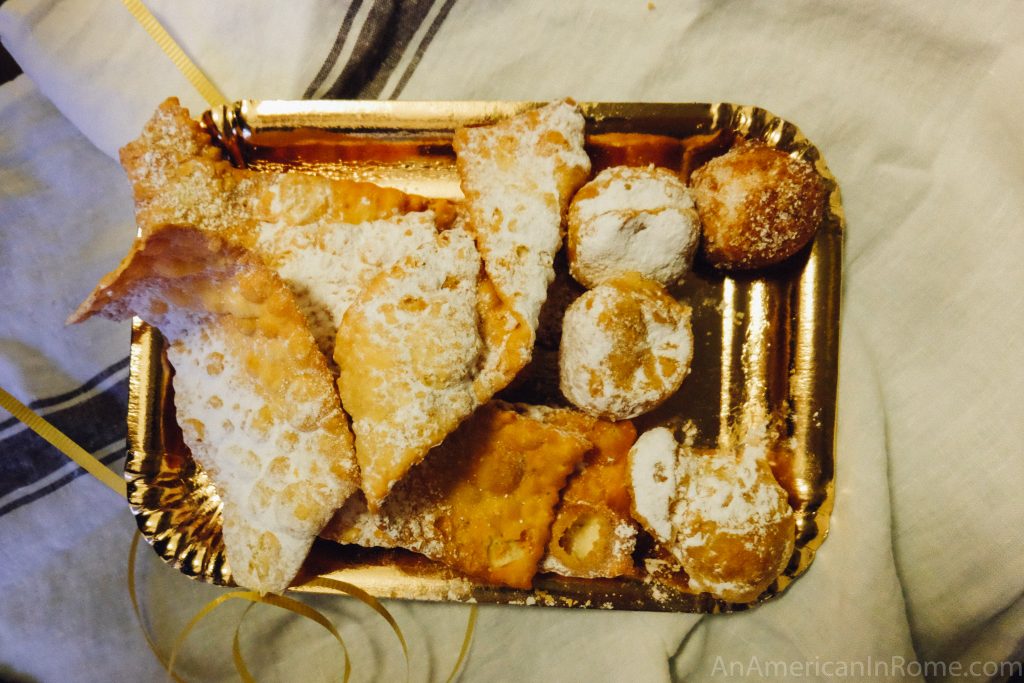 So these little goodies came into being – two forms of fried dough dusted with sugar.

Castagnole means “little chestnut,” though there is nothing nutty about this dessert. The balls of dough are simply around the same size as a chestnut. 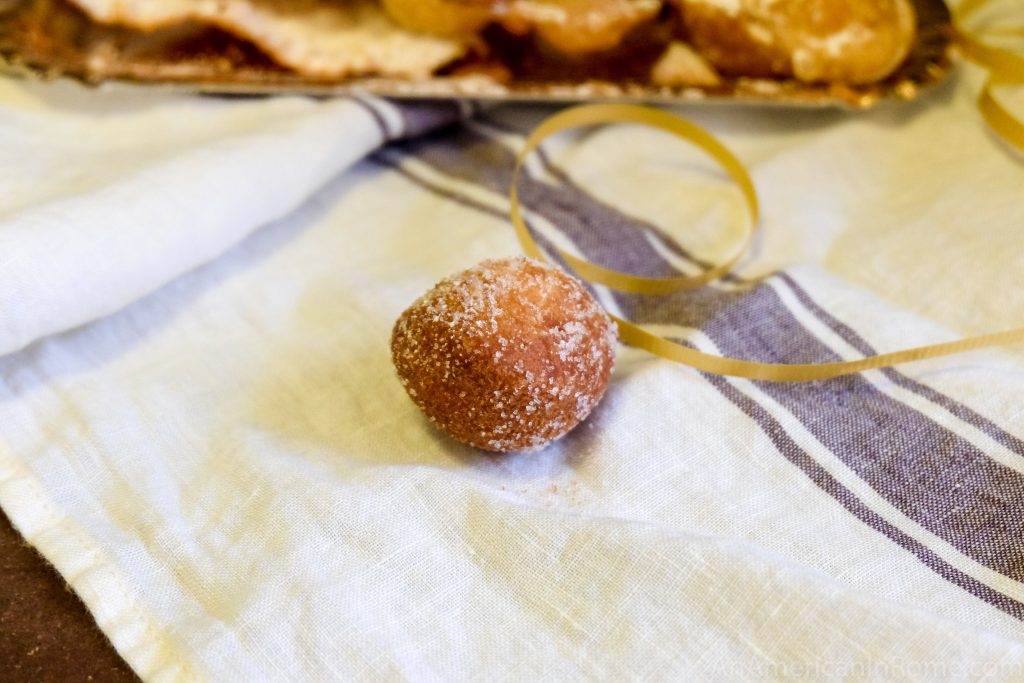 The classic version is a tiny bit like a cake donut hole, rolled in granulated sugar.

Some pastry shops like Linari, where I stopped by for my carnevale treats, also make different versions filled with cream or ricotta. 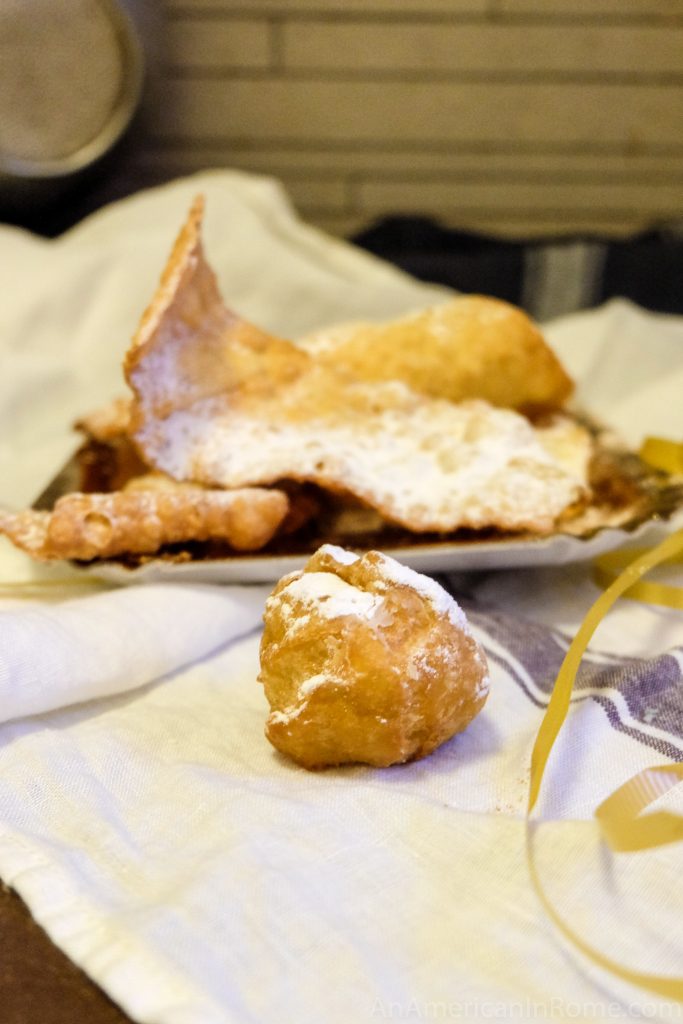 Naturally, I tried all three kinds.  The filled versions are less traditional and closer to a bignè.

But the real star of the show are frappe.

These thin strips of slightly sweetened fried dough are doused with powdered sugar, which tends to go everywhere when you take a bite and the dessert shatters in its particularly satisfying way. 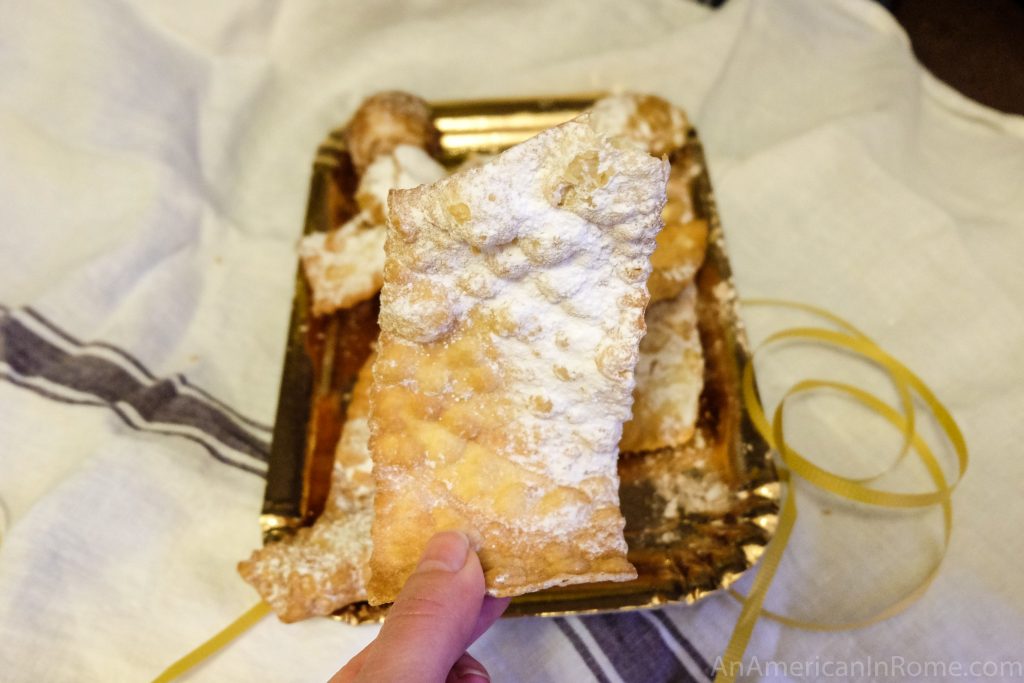