While Halloween is gaining in popularity, there are other Italian holidays that take precedent this week.

The 1st of November is All Saints’ Day (Ognissanti), with the Day of the Dead following straight behind on November 2nd.

One of the traditional foods to eat on the Italian Day of the Dead (la commemorazione dei defunti) are fave dei morti.

‘Fave’ are broad beans, so fave dei morti are “beans of the dead.” 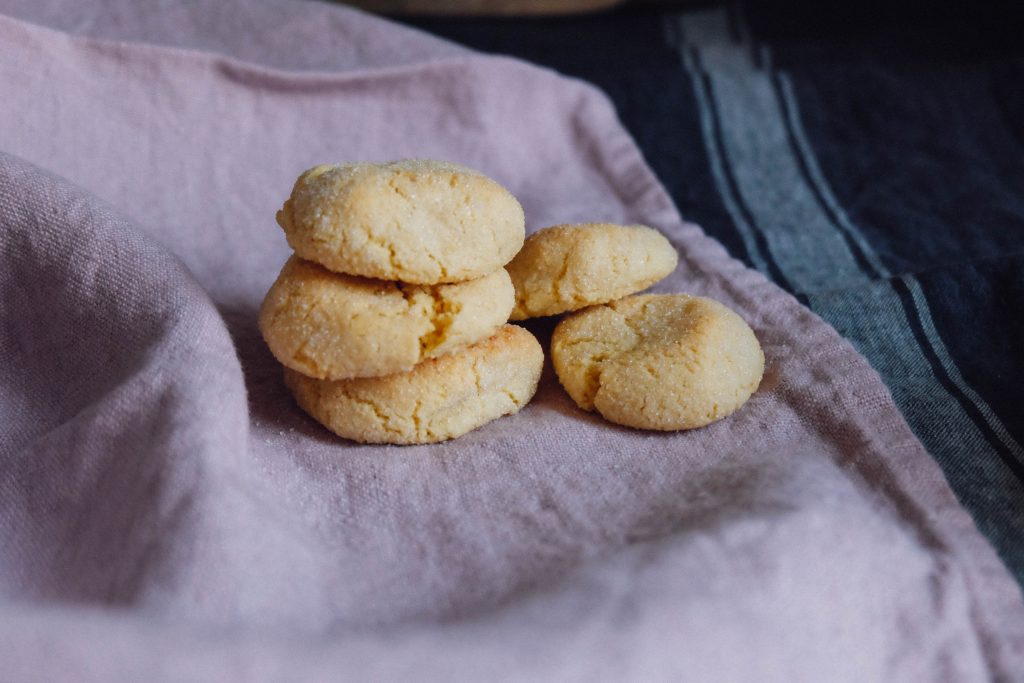 The connection between broad beans and death goes back to ancient Rome when it was believed that the souls of the dead lived in black fave beans. The beans were a part of funeral rights and were thrown over the shoulders of mourners to honor the dead.

Today, the cookies are mostly associated with Perugia but can be found throughout Italy in late October and early November. (Side note: Sunday’s earthquake had its epicenter near Norcia, not far from Perugia. Growing up in California, I have dealt with my fair share of tremors, but this one was truly scary). 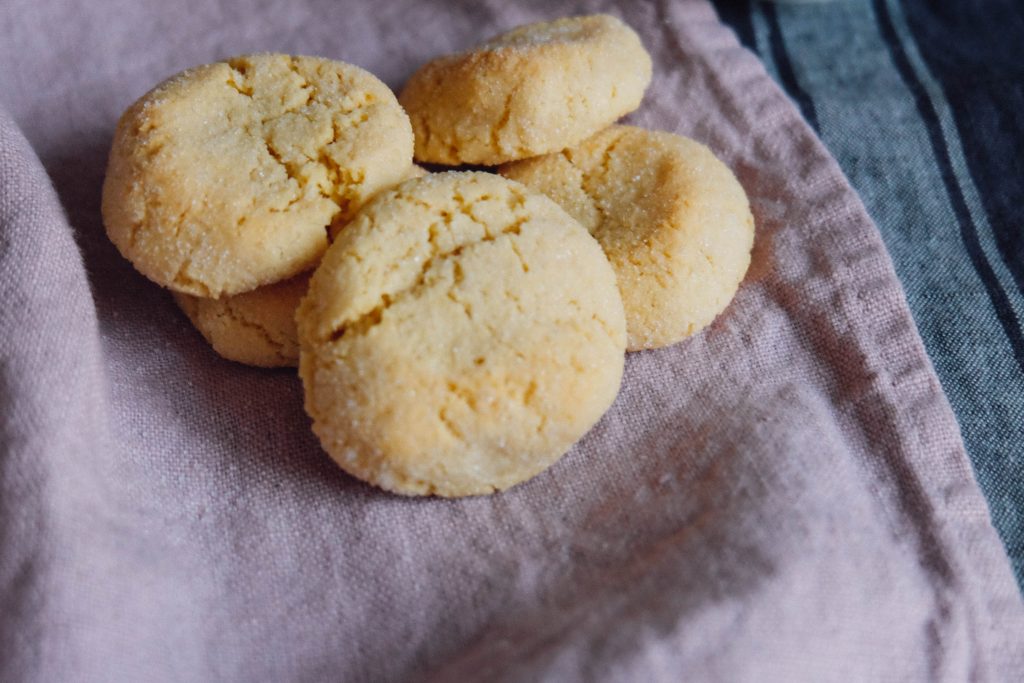 Feeling culinarily sloven, I picked up mine from Alari (Via Portuense 106/D). However, if you would like to make your own fave dei morti here is a translated recipe:

Fave dei Morti – Italian Cookies for the day of the dead
Makes about 40 soft, small cookies that should be eaten within 2-3 days

Finally, mix in the lemon zest and cinnamon and set aside in the refrigerator for 15 minutes.

Roll the dough between your hands into a snake of about 1 inch in diameter. (Yes, I am taking some liberties with the translation in order to be more precise).

Cut the snake of dough into rounds about 1/2 an inch wide. Lightly flatten the round with your thumb or the back of a spoon. Brush with eggs whites or “a little milk and sugar,” and bake for 20 minutes at 160C. 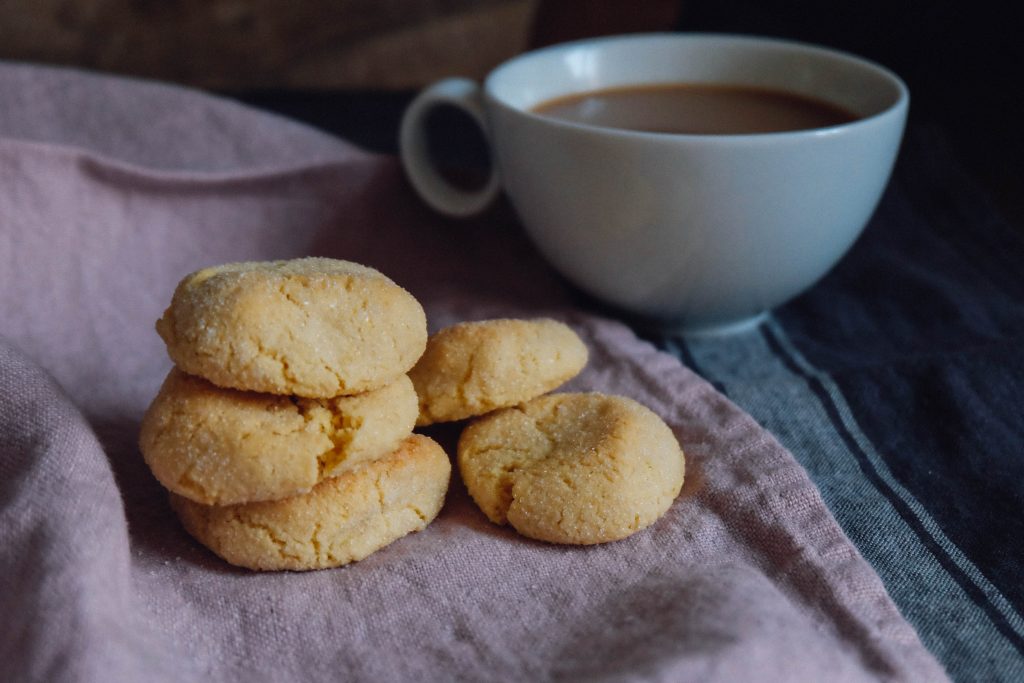 Or, move to Rome and walk down the street to buy them. Much simpler. 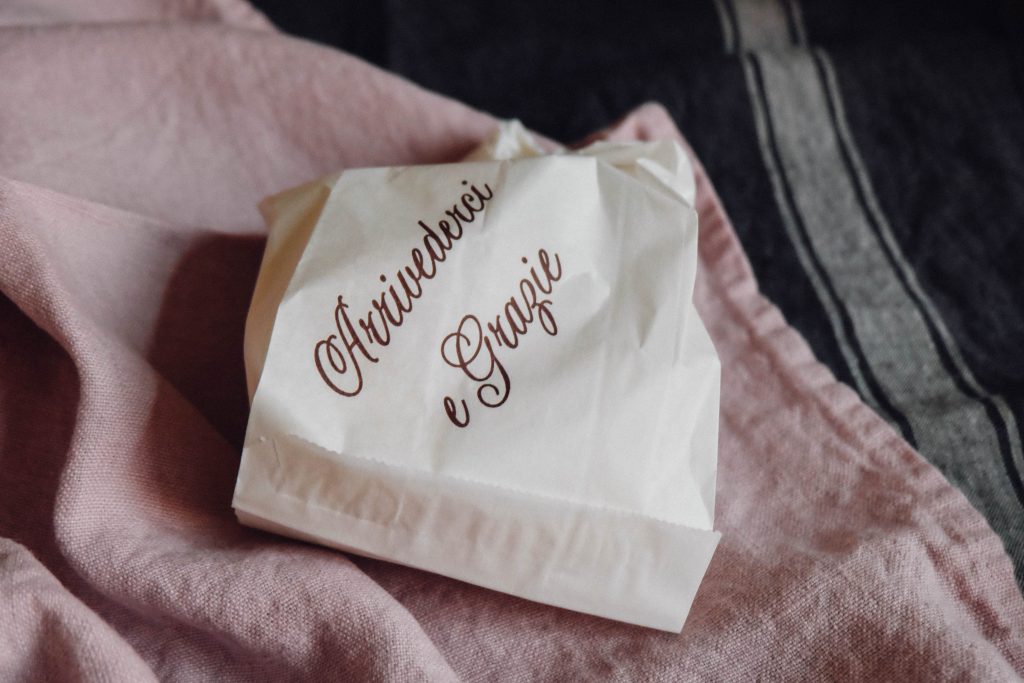 p.s. These lovely linens are from Lela Casa in case you are looking for new kitchen towels.

7 thoughts on “Fave dei Morti: Italian Cookies for the Day of the Dead”