Nestled in-between some of the busiest intersections in Rome is the Jewish Ghetto. The Ghetto has a history that stretches back to the 1500s, when all the Jewish families in Rome were forcibly removed to be housed in the area around Teatro Marcello.

Today, the crisscrossing alleyways are one of the best places to get a sense of the mix of medieval and Renaissance Rome.

One of my favorite spots in this area is Piazza Mattei, home to the lovely Fontana delle Tartarughe. 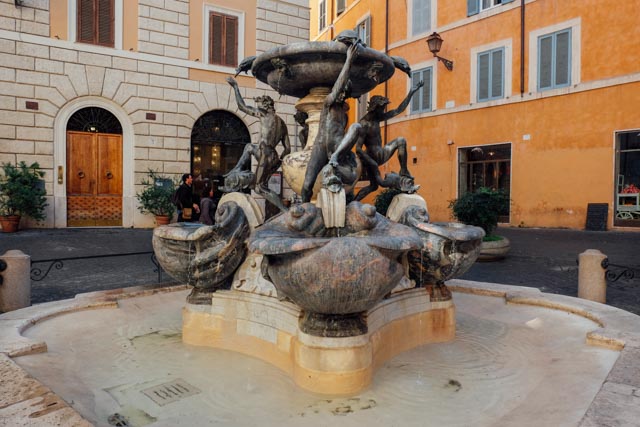 It is immediately evident where Rome’s Turtle Fountain gets its name. No, there are no turtles swimming in the water – the animals here are truly priceless. 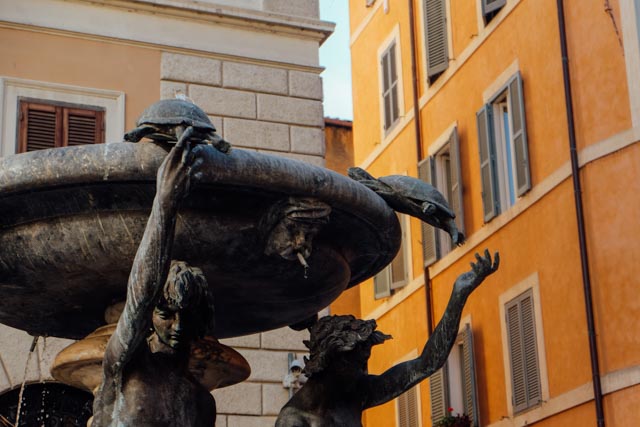 Jumping bronze turtles dangle from the upper level of the fountain. 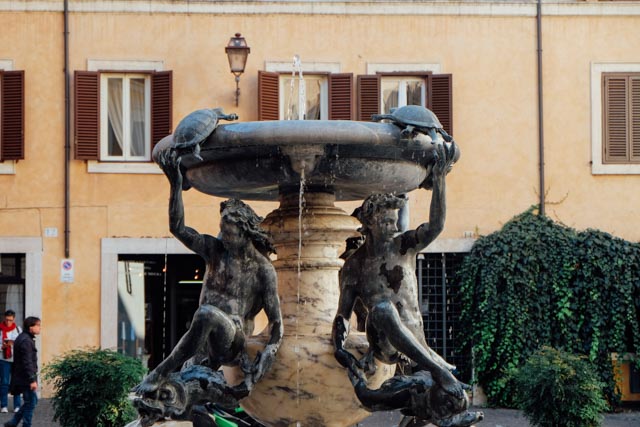 The original fountain designed in the 1580s by Giacomo della Porta would only have featured bronze youths and (weird Roman) dolphins*. The whimsical little turtles were added nearly 100 years later by one of Rome’s most famed Renaissance sculptors – Gian Lorenzo Bernini. 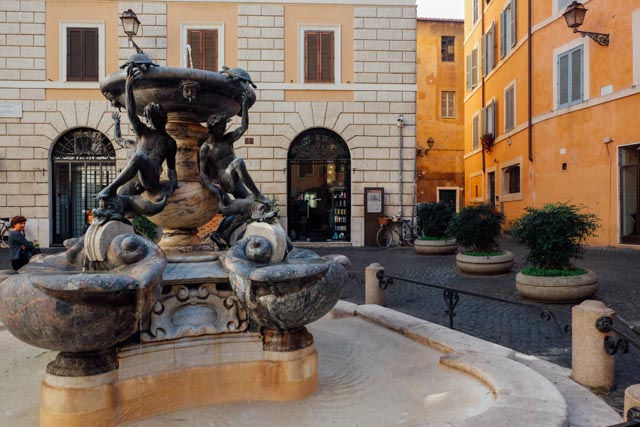 The lovely piazza is named for the family that funded the fountain in the 16th century.  During the late Renaissance, the fountain was intended to be used as the water supply for the whole neighborhood.  It was meant to be placed near Teatro Marcello but was moved closer to where the Mattei family lived due to their contribution towards its construction.

This would have meant that the fountain was located outside the ghetto walls, making it impossible for Roman Jews to easily access the water supply after the gates were locked at night.

Rome’s Turtle Fountain is also associated with a legend regarding the Mattei family. It is sometimes said that the fountain was built in a single night. The head of the family was a gambler and once made an impossible bet – that he could construct a fountain during dinner. The bet was accepted by an unwitting nobleman who did not know that all the pieces had been created, the pipes were already in place under the cobblestones, and the charming fountain merely needed to be assembled.

When the meal was over, threw open the windows of his palace to show the new fountain off to his astonished guest and to win his (deceitful) bet. 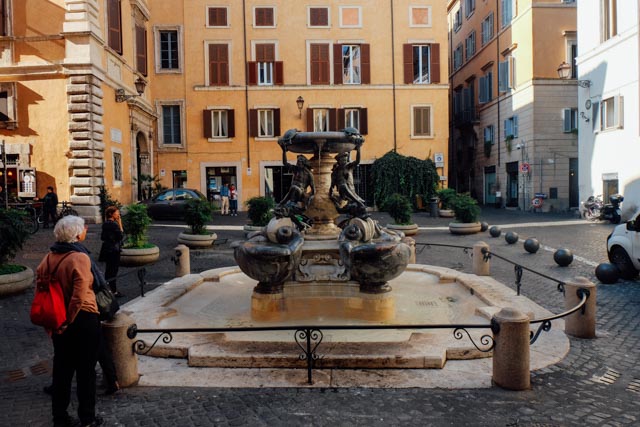 Sadly, the popular Bar Tartarughe closed a few years ago, but the square is still a great spot to stop in Rome to listen to church bells and the trickling fountain.

*Roman dolphins always look like terrifyingly mean fish to me.