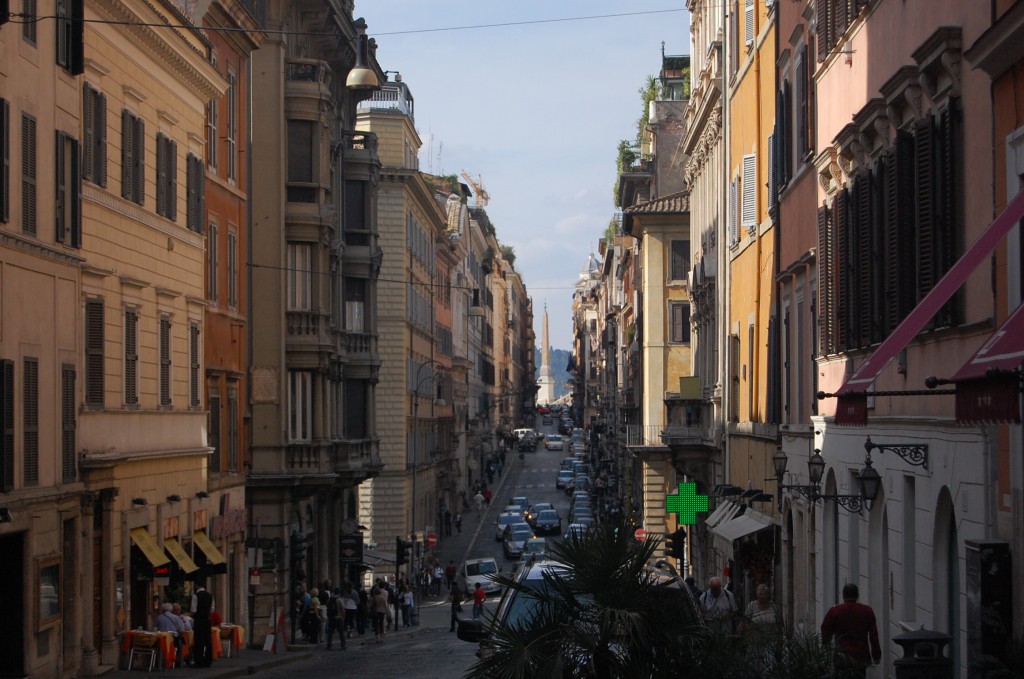 I’m not going to lie, I go out of my way to walk down Via delle Quattro Fontane whenever possible.  So far, it is my absolute favorite street in Rome, and not just because it connects Via Nazionale and Via Tritone (the best places for shopping!)

As you walk up the hill from Via Nazionale, the street looks rather typical.  There are small cafes, lots of scooters, and narrow sidewalks: 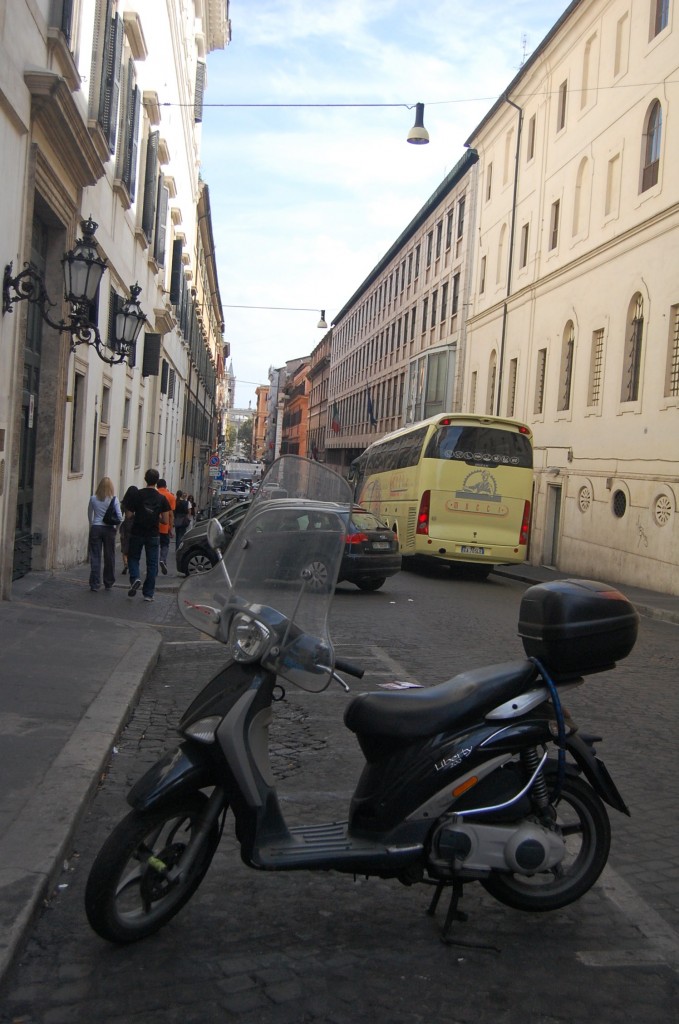 But at the top, you’re greeted with the street’s namesake: Quattro Fontane.  “Quattro fontane” means ‘four fountains,’ and sure enough there is a beautiful fountain on each of the four corners.  The fountains are from the late Renaissance and were put into place between 1588 and 1593. 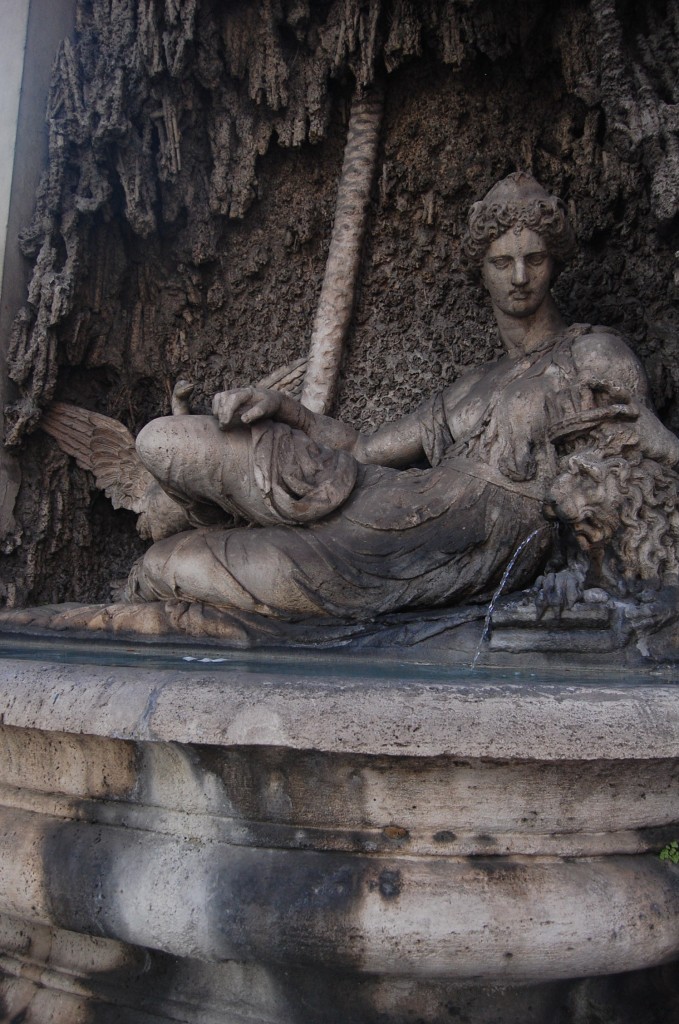 Each fountain is a true work of art, but it’s the street itself that I have fallen in love with.  As you come over the crest of the hill, you’re treated to a beautiful Roman view. 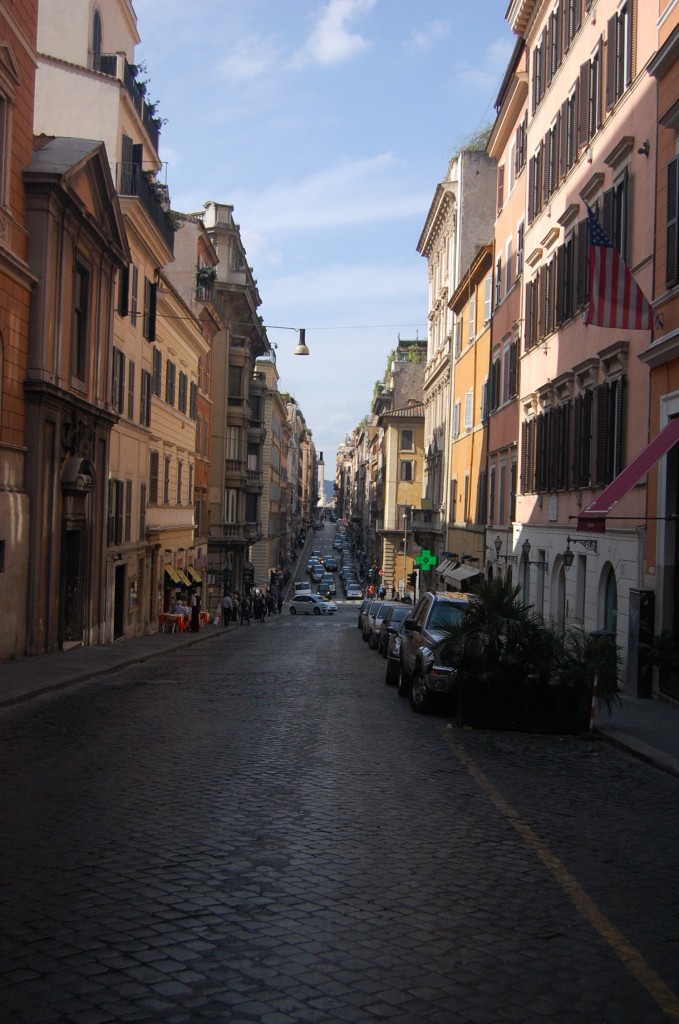 The architecture, the cobblestones, the colors of the buildings and the peek Piazza di Spagna at the very end is what makes this my favorite street. 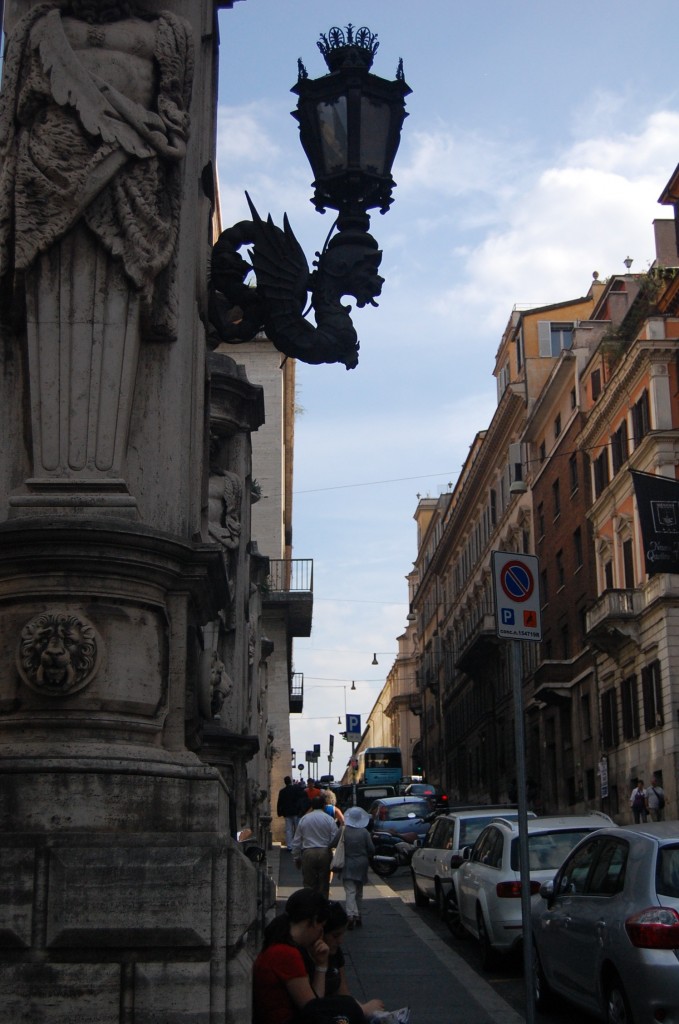 And the fact that it takes you past Palazzo Barberini doesn’t hurt one bit. I love the decorative touches outside the palace, from the street lights to the creepy columns: 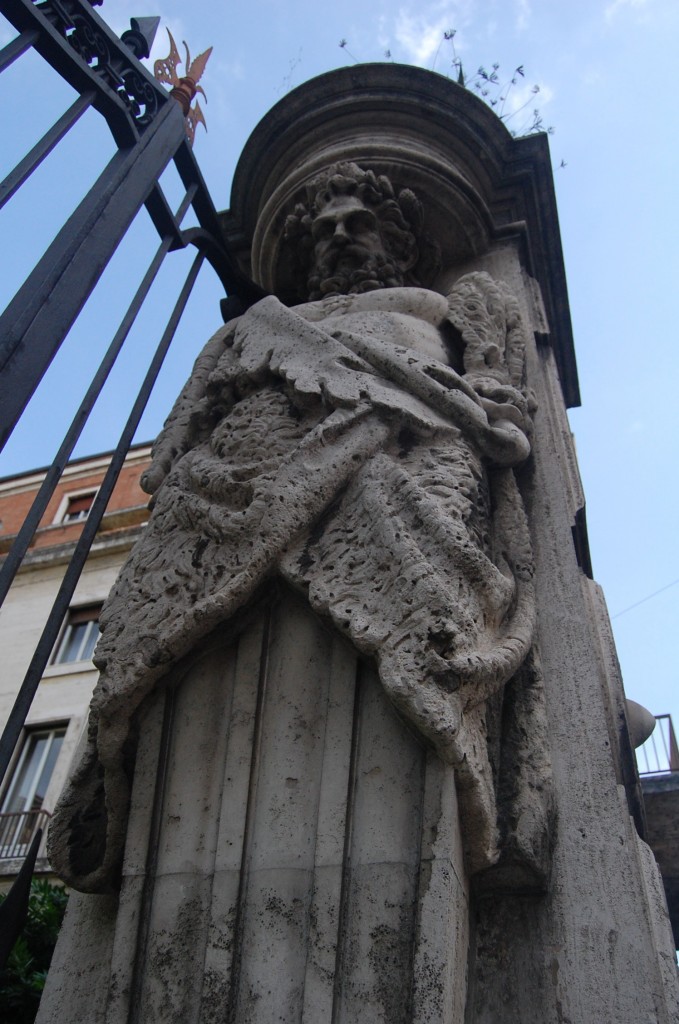 8 thoughts on “Via delle Quattro Fontane”