This is a small church in Rome called Santa Barbara dei Librai. 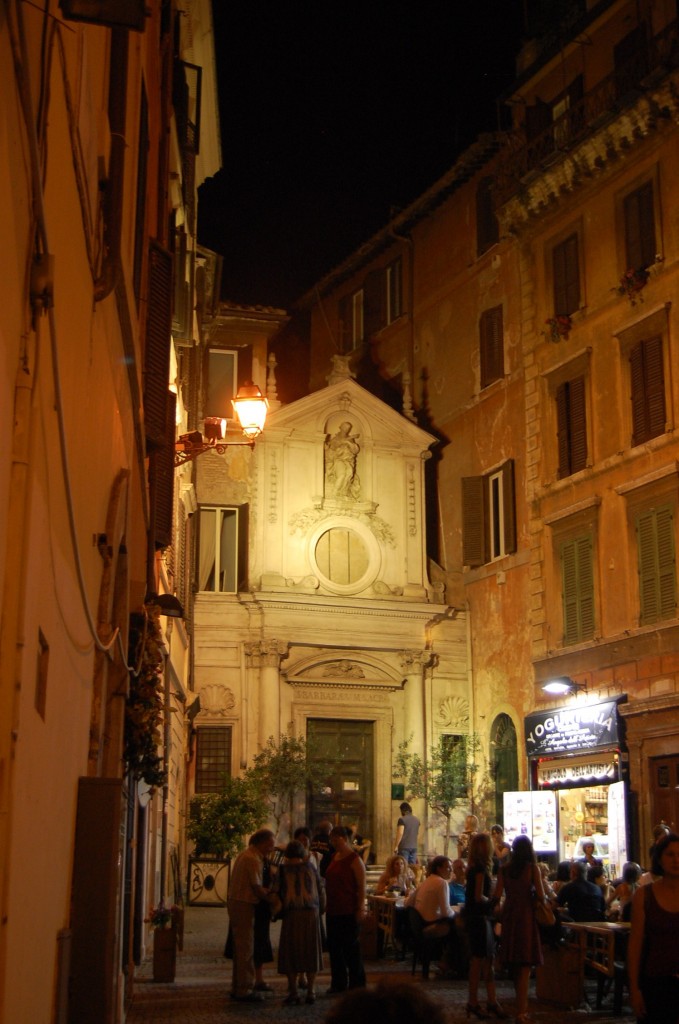 When I say “small” I mean “teeeeny tiiiiiiny,” so I like to call it “the tiny church by Campo de’ Fiori.”

I love Santa Barbara dei Librai. It seems so out of place.  It’s in a triangular piazza off of Via dei Giubbonari.  The angle of the piazza makes it feel like the bordering apartment buildings are going to swallow the poor little church up.

Santa Barbara dei Librai was built in the 11th century on top of the ruins of the Theater of Pompey.

BIG F*$&ING DEAL ALERT: This is where Julius Caesar was assassinated.

Little gems down every street. Every street, I tell ya!

This awkward little church is adorable and marks the site of a HUGE historical event.  Unfortunately, I usually use it as merely a landmark.

How to Get from Campo de’ Fiori to Trastevere: