August is not a bad time to visit Rome, despite what some people might tell you. The only things you need to be prepared for are the heat and the closures.

Many Italians take most of August off, so a lot of businesses (including restaurants and shops) close for several weeks between early August and early September. However, there is still a lot to do in August in Rome.

All of the major sites are open and the museums tend to be quieter as people head for the beach instead of staying in the city. You can also save your sanity but visiting places like the Colosseum at night. Because there are fewer people commuting, you will also have public transportation to yourself.

So from Ferragosto to opera performances among the ruins, here are the best things to do in Rome in August 2019:

All month: Head down to the banks of the Tiber River after sunset to enjoy the popup bars and arcade games that take over the central area through August. The food here is nothing to write home about, but the river bars can be a relaxing place for a drink in a cooler atmosphere. The best to be found are on Tiber Island or closer to Ponte Sisto on the Trastevere side. It is all a part of the annual event known as Estate Romana. 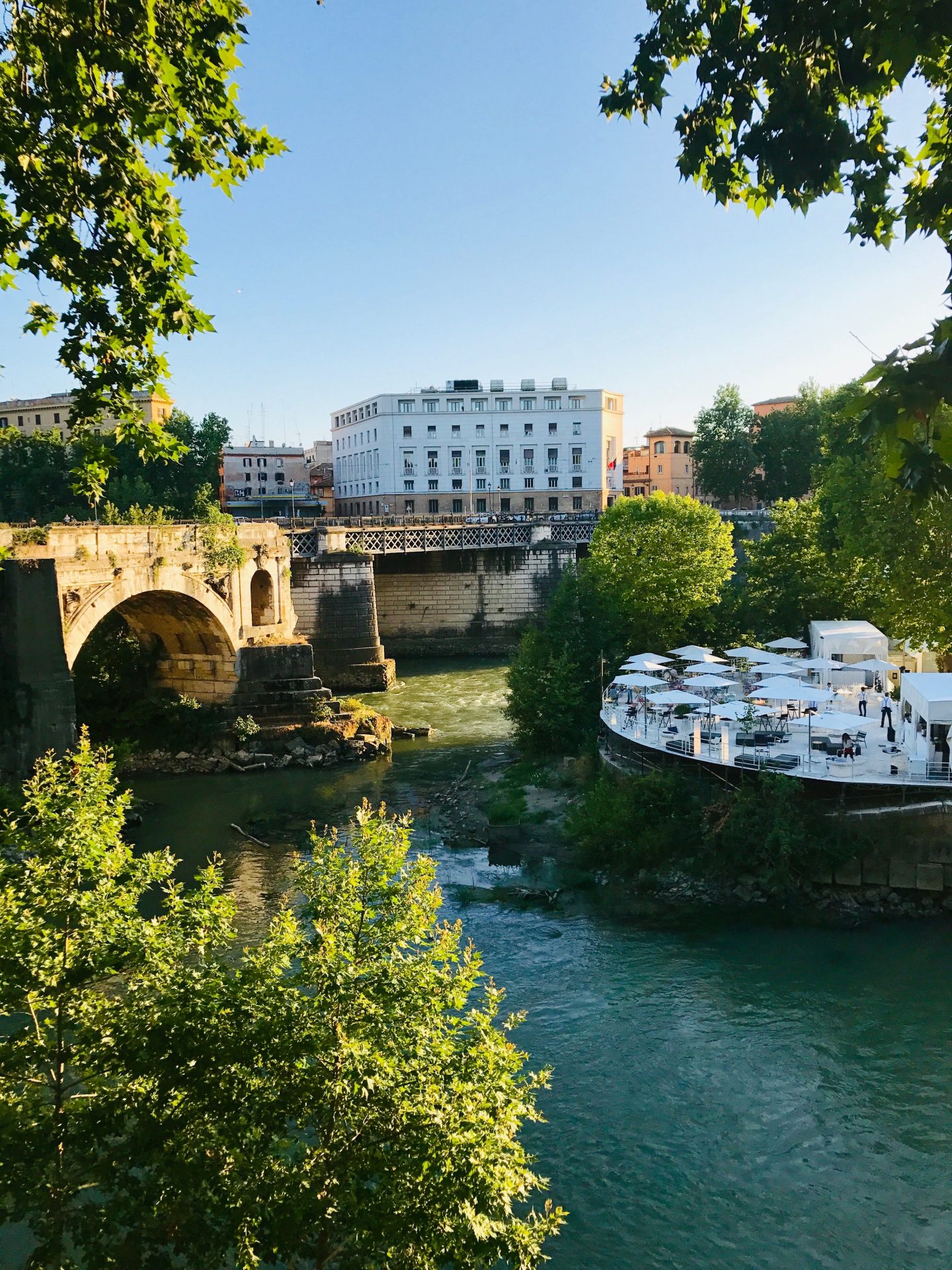 Various Dates through 7 August: If you have a free night in Rome this month, it is worth it to splurge on tickets to the Opera di Roma – which decamps to the Baths of Caracalla during the summer. Even if you aren’t completely sold on classical music, ballet or opera, the setting amongst the ruins should be enough to convince you to spend a night out under the stars. The schedule changes day to day and can be found here.

3 August: Head to the Satyrus cocktail bar in Villa Borghese for a light-filled night outside with Notte della Luce a Villa Borghese.

3 August: Today is also the last day of Roma Incontro il Mondo in Villa Ada. Head out to the park for the closing party next to the lake.

5 August: Ready to see some snow in Rome? Tonight, Santa Maria Maggiore celebrates a miracle with a fake snowstorm and light show. It is definitely an experience if you have never been and a bit of fun to play under the foam snow. 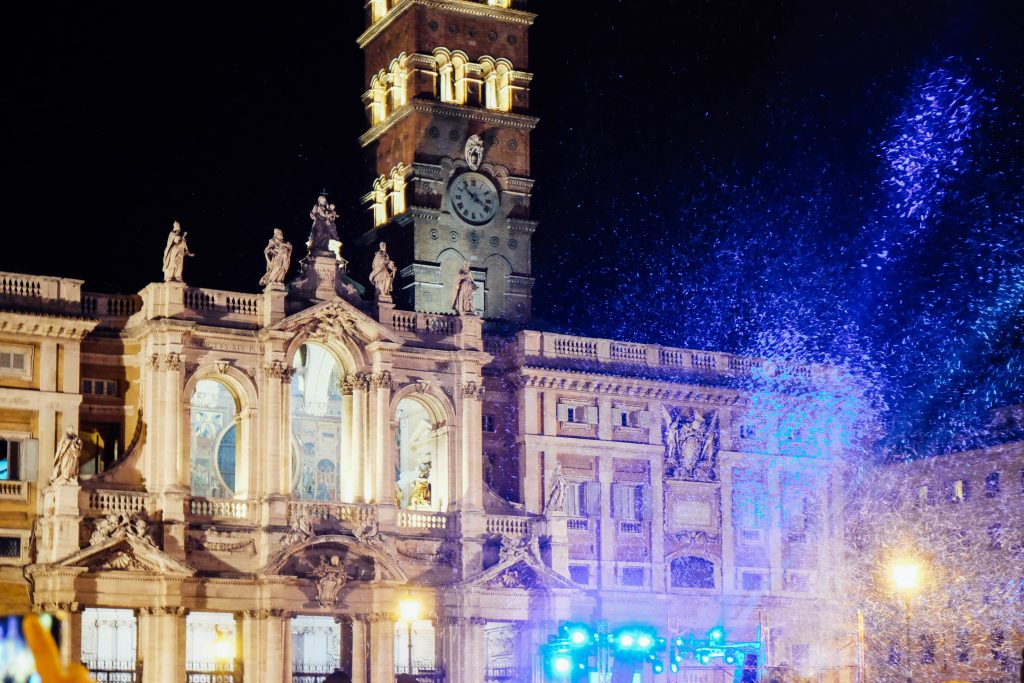 8 August: If you are one of the few people who have not yet escaped to the beach, you can still get a taste of the sea at Eataly’s fish and wine event, through 25 August.

9 August: Looking for the coolest new place to hang out in Rome? It’s Ex Forlanini – an old hospital that is now a space for cultural events. Tonight they are hosting an 80s/90s/00s hip hop party. May the dopest decade win.

15 August: Today is a public holiday in Italy known as Ferragosto. Public transportation will operate on a more limited basis and both government and private businesses may close. This is also the day when some businesses kick off their summer holidays and so they may not reopen until early September. Technically, it is the feast of the Assumption of Mary but most people treat it more like a beach holiday than a religious one.

29 August – 8 September: The end of August brings a new music festival to Rome known as Sinapsi. The end of summer party will take over the funny little train museum next to the Piramide metro station for nights out under the city stars.

The last two weeks of August tend to be the quietest because people head out on vacation after Ferragosto BUT you can always head to a Rome rooftop bar – my favorite summertime activity. 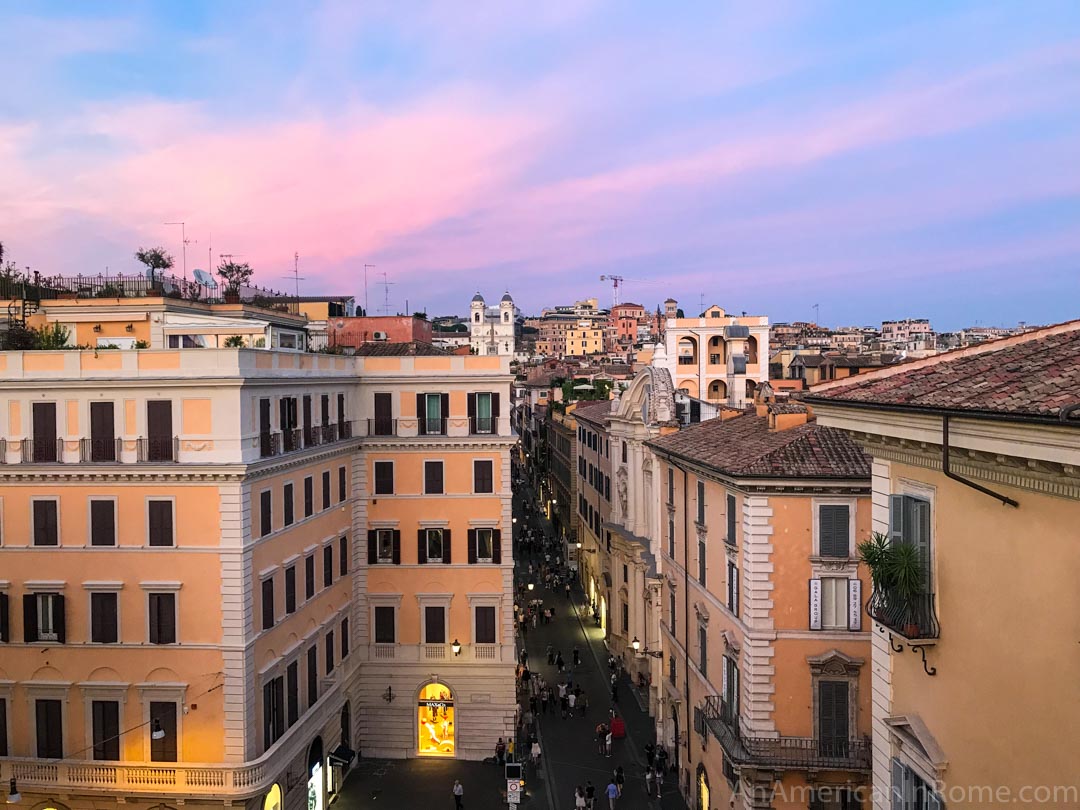 The Secret of Time: The Plessi a Caracalla is a newly opened underground immersive experience at the Baths of Caracalla running through September 29, 2019. It looks amazing and is probably a great summer activity when the temperatures start soaring.

Centrale Montemartini: I love the quiet Centrale Montemartini museum in Rome. It is truly one of my favorite hidden gems in the city. From now until 2 February, you can also see a special display of Etruscan pottery alongside the Roman marble and decommissioned machinery of the old electric plant.

Looking for more? These are my favorite outdoor summer events in Rome and tips for surviving Rome in high season.

Note: This post will be updated as more August 2019 events in Rome are announced. Check back on the first day of every month for new monthly events.

After a little baby-related hiatus, I am happy to bring back my round-up of monthly events in Rome! Thank you to everyone who emailed and encouraged me to get back to it. This post takes quite a bit of time to put together so I appreciate your patience over the last months when I wasn’t able to publish it.