One of the sites in Rome that has always fascinated me are the baths of Caracalla – better known in Italian as the terme di caracalla. 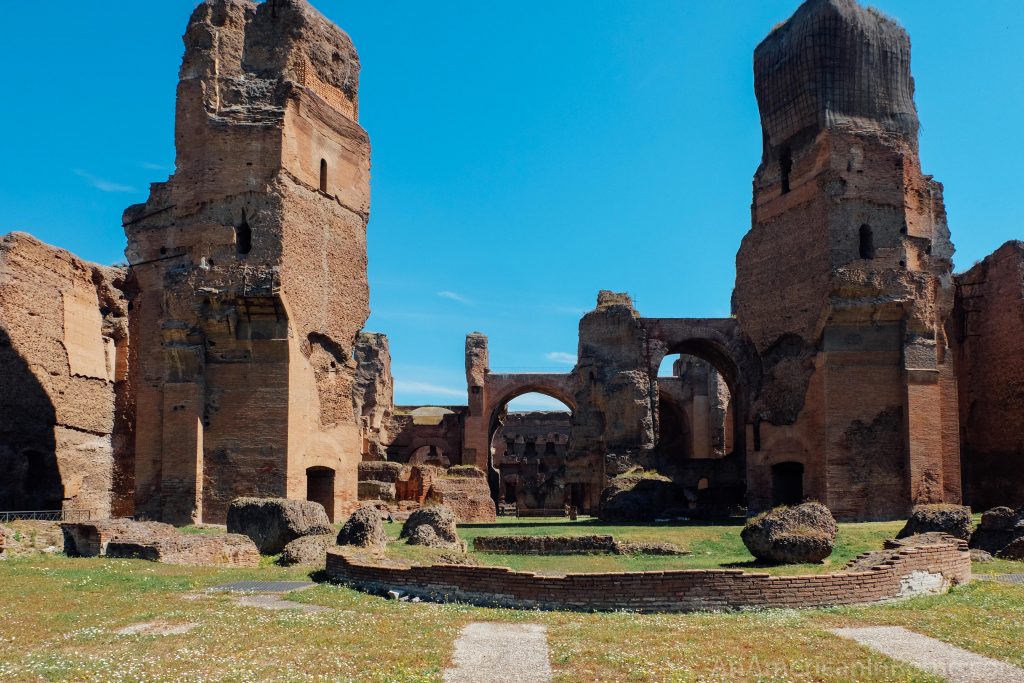 The complex, which stands about a 10 minute walk from Circo Massimo, is absolutely massive.

While some of the relics of ancient Rome can be fairly unrecognizable, the large brick walls and mosaics of the bath house give an easy impression of how grand the area must have once been. 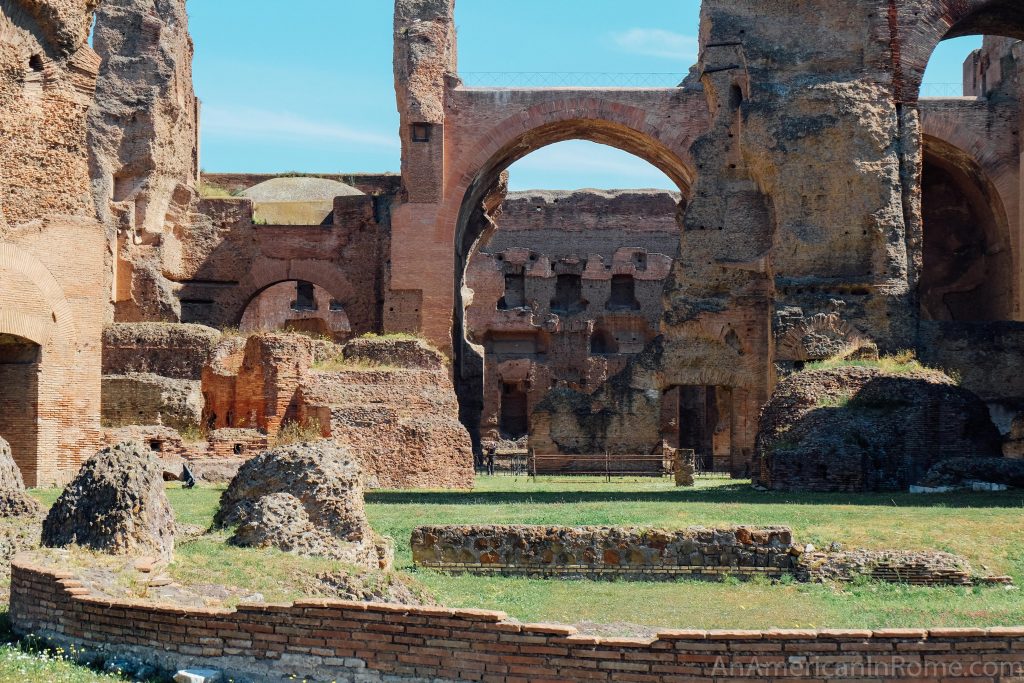 But to better understand, I took a tour of the Baths of Caracalla with More of Rome, stopping at the Case Romane along the way.

While you can admire the baths from the outside, you really need to go inside to begin to imagine the vaulted ceilings and porticoes that once shaded the people of Rome. 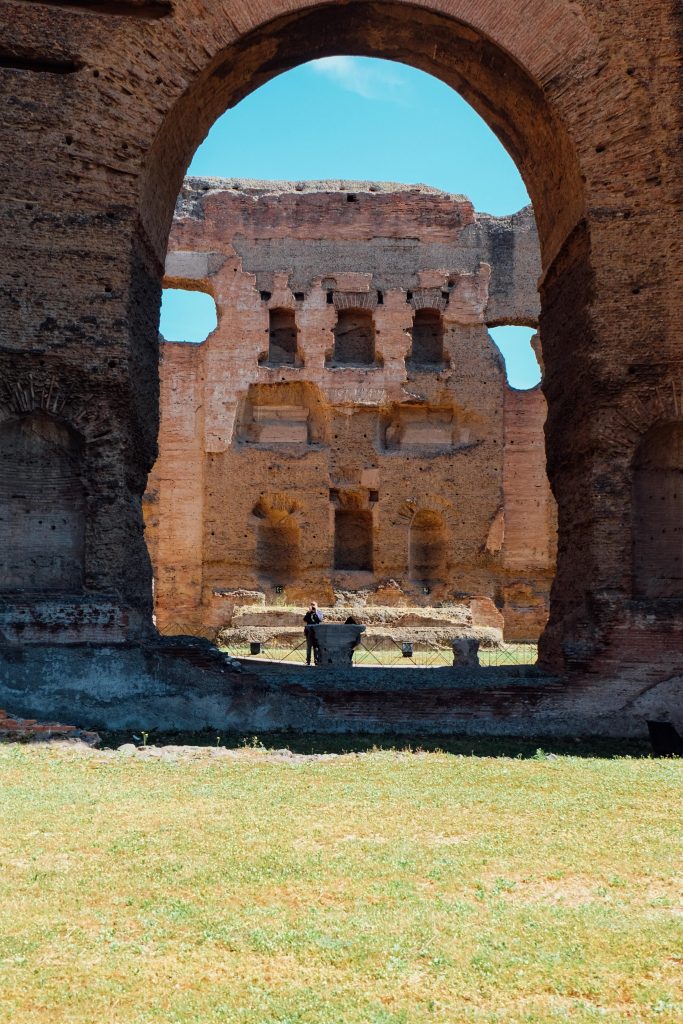 But the huge buildings were not only for bathing.

I learned that the open space was once a gymnasium. It was also where the upper classes could come to study, meet, and even play games. 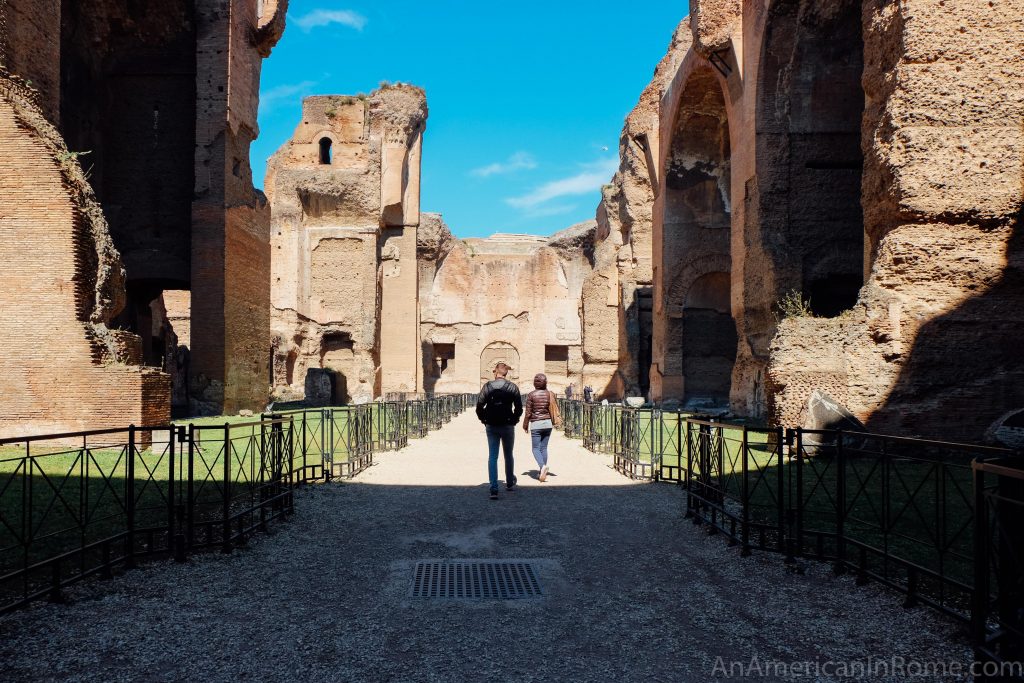 Yes. That is my favorite part. The ancient Romans literally had pool games. They set up tables in the water to play.

I’ve lived through a couple Roman summers, so I can only imagine how good that must have felt. 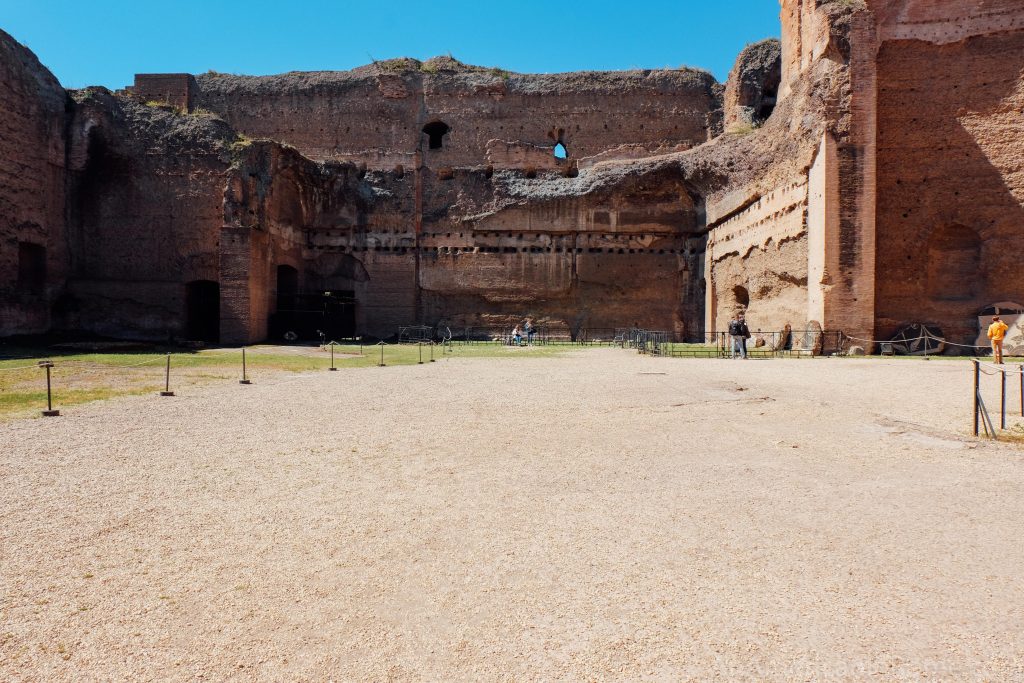 But it all seriousness, there is a lot to learn about the Baths of Caracalla.

Construction was started in the year 212 by the Emperor Caracalla. Shocking, I know.

The baths took about 5 years to finish, because they required a new aqueduct to be built to feed them. 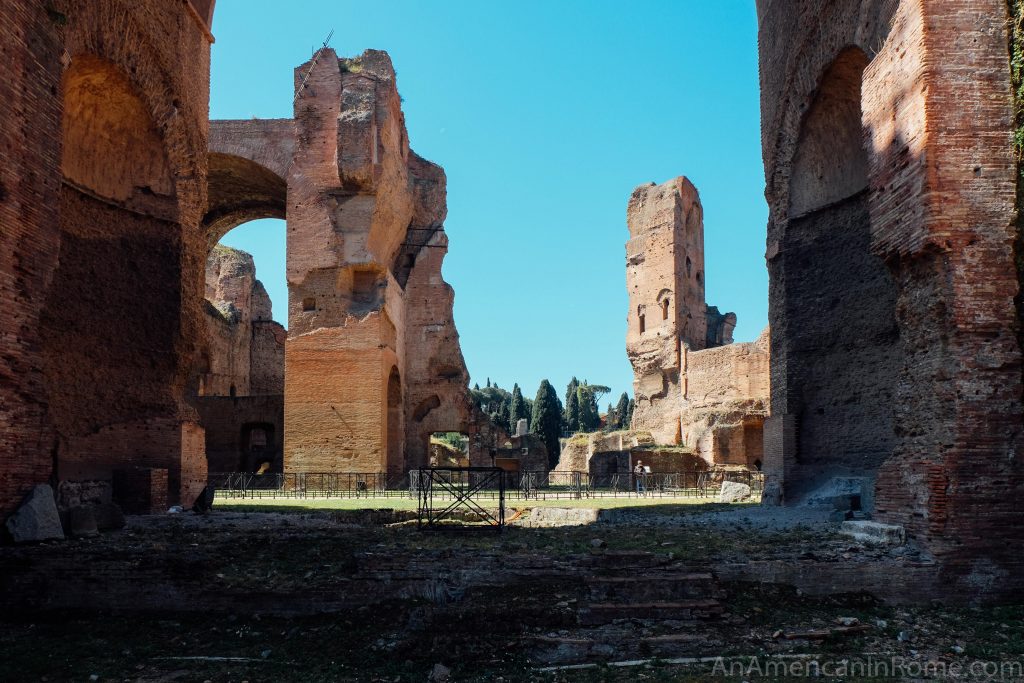 The terme were not just a simple pool.

The pools were built on top of platforms so that fires on the lower level could generate enough heat to create year round hot pools.

Bathers would move through pools of different temperatures – hot, warm and cold. 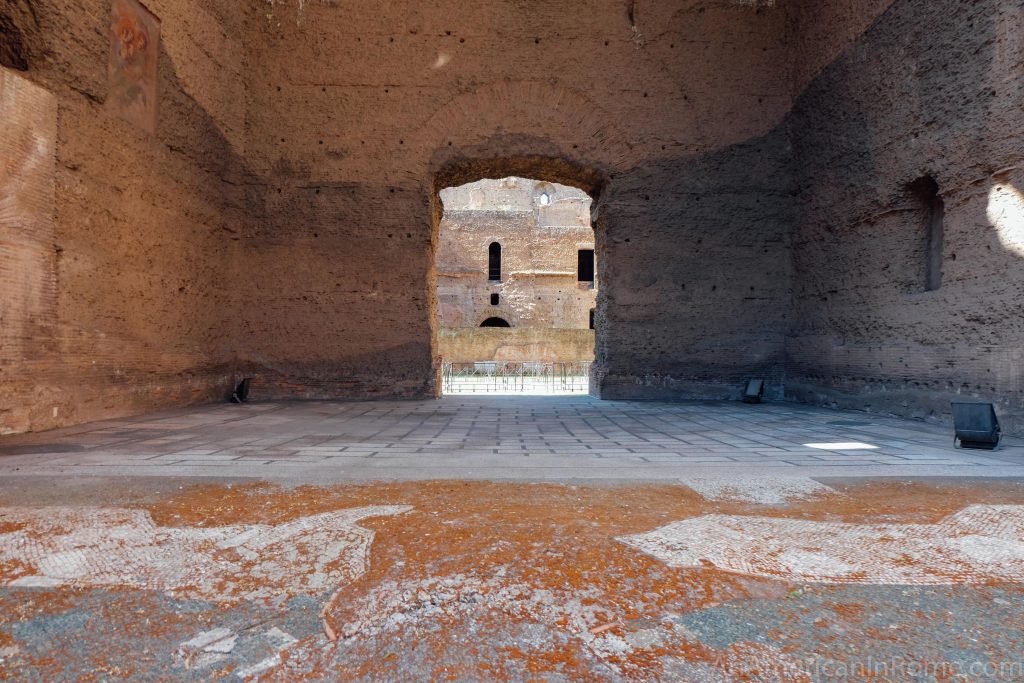 Today, only fragments of the past grandeur remain.

The tall brick walls were once covered in stucco and marble – but much of that was later pillaged for some of Rome’s 900 churches. 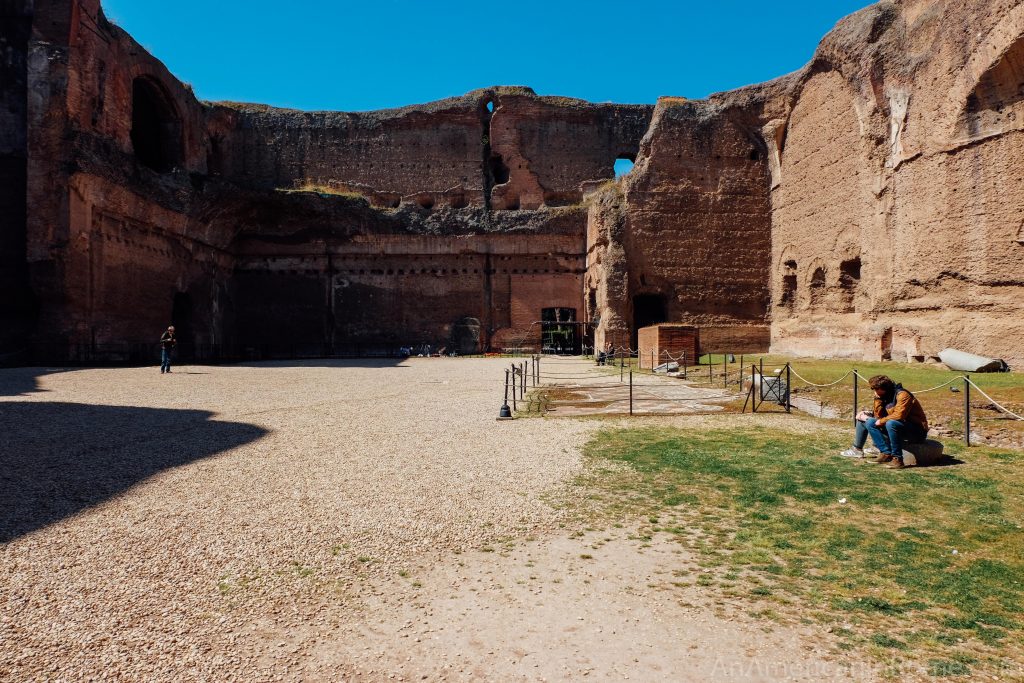 I learned on the tour that there were also statues – such as the famous Belvedere Torso that is now in the Vatican Museums. 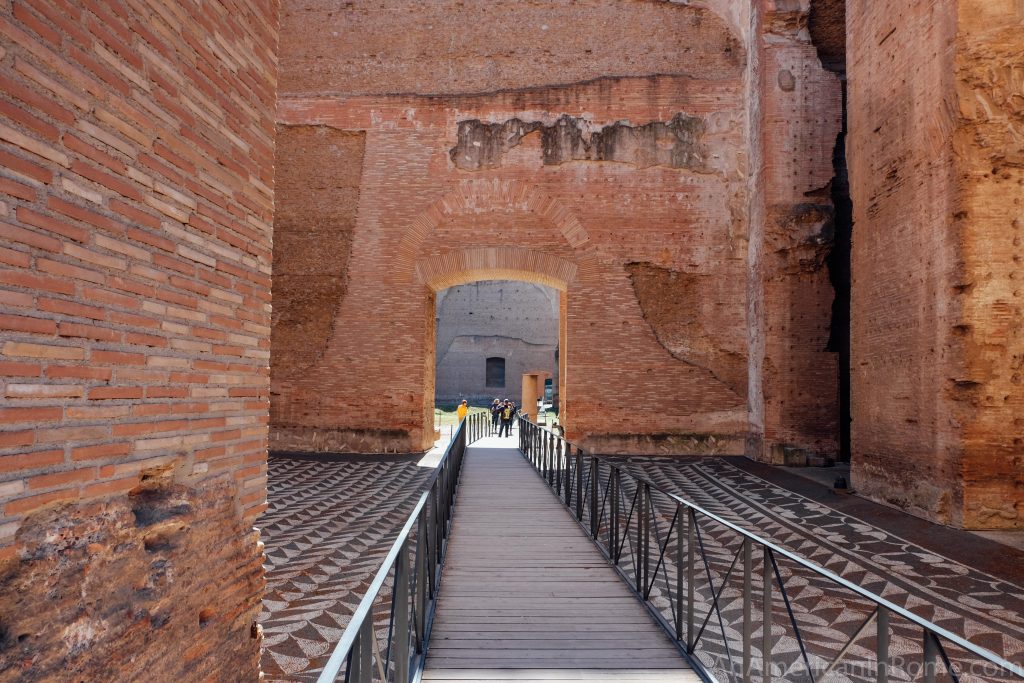 You can still see parts of the mosaic floors but it must have been beautiful at the time.

If you want to see other fragments from the bathhouse, pause next time you are in Piazza Farnese. The two twin fountains are made from bath tubs that were taken from this spot. 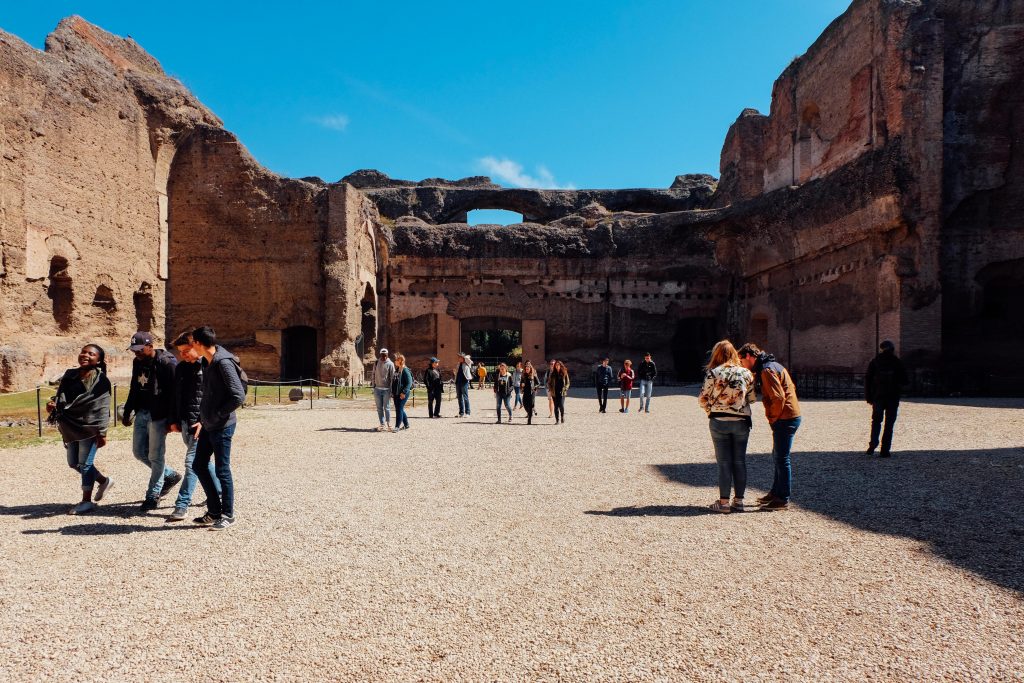 But the baths are now pretty overlooked, which I think is such a shame. The crowds at the Colosseum can be tiresome, so it is great to take a break and enjoy something as cool as the imperial baths. 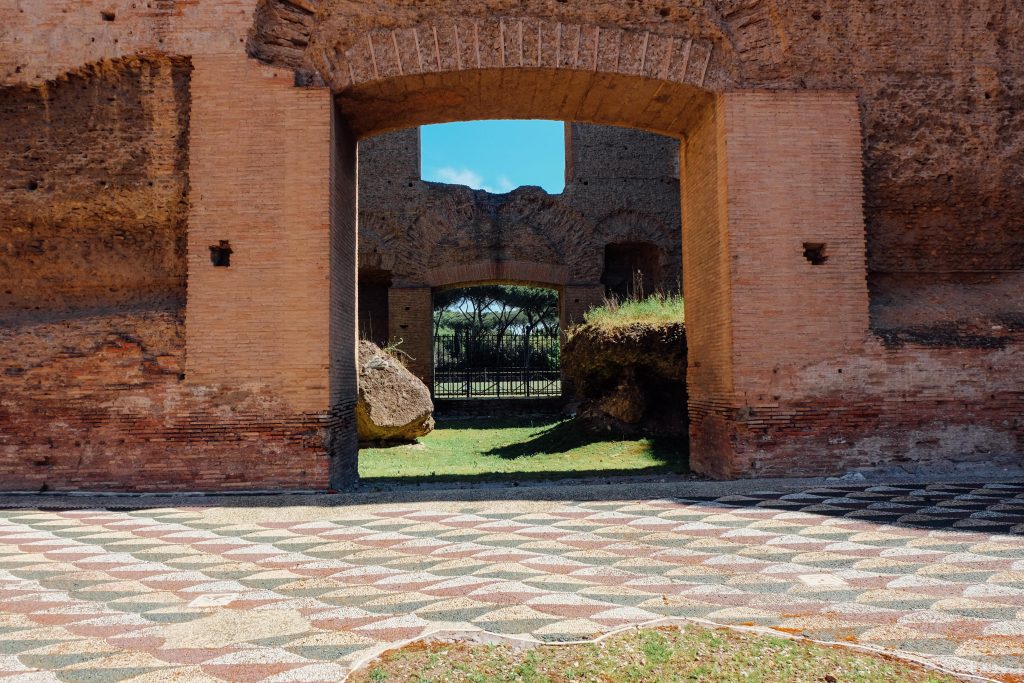 In the summer, the Baths of Caracalla become a stunning backdrop for Rome’s opera.

But regardless of what time of year you come, the terme are worth the tour. 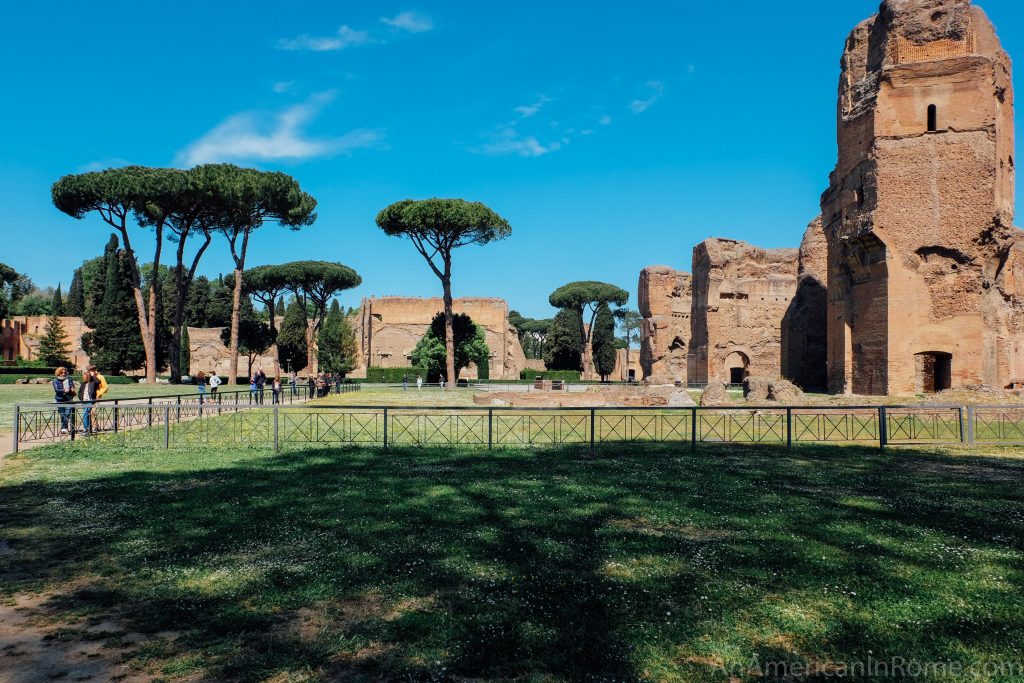 Many thanks to More of Rome for the fantastic morning! You can learn more about the Caracalla Baths and Case Romane tour here.

9 thoughts on “Terme di Caracalla: A Tour of the Baths of Caracalla in Rome”