One of my favorite things to do in Rome is to take a photo walk. I leave the house and wander down Roman alleyways with no set itinerary or any goal other than to enjoy the city and practice photography.

So when I heard that there was a new tour of Rome all about photography? And better yet POLAROIDS? I could not wait! 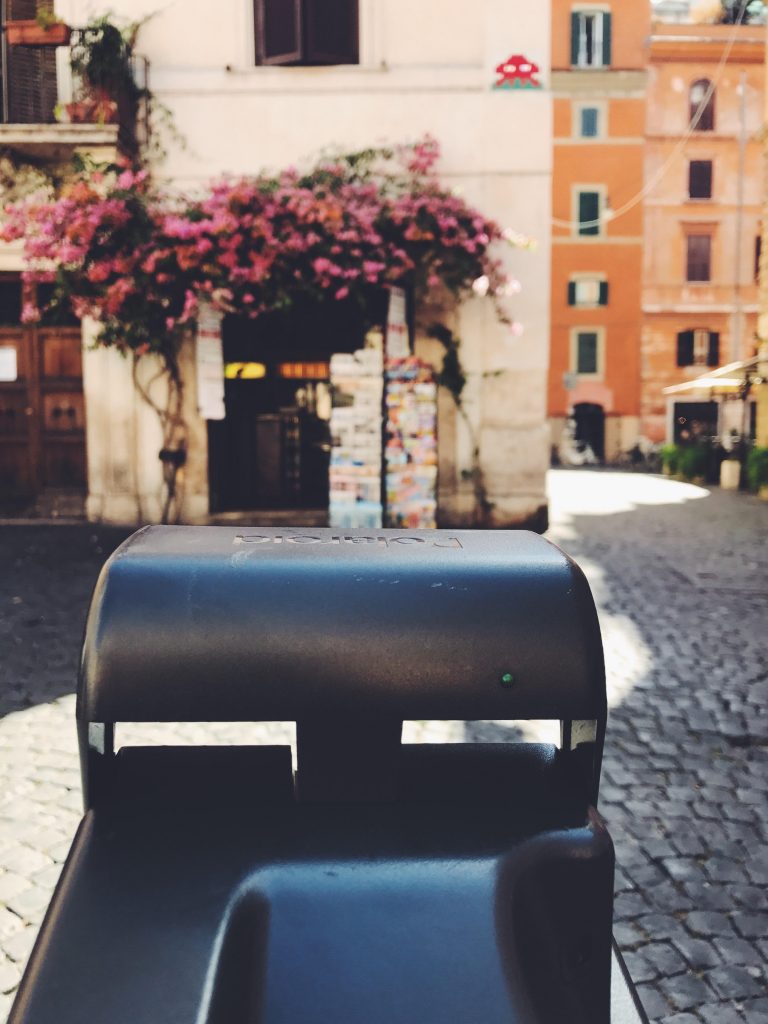 Who doesn’t love the retro appeal of Polaroid pictures? The iconic camera and vintage vibes have a special place in the evolution of modern day photography. Instant Tours has combined the nostalgia of instant photography with a tour of Rome’s must-see sights for a Polaroid tour of Rome. 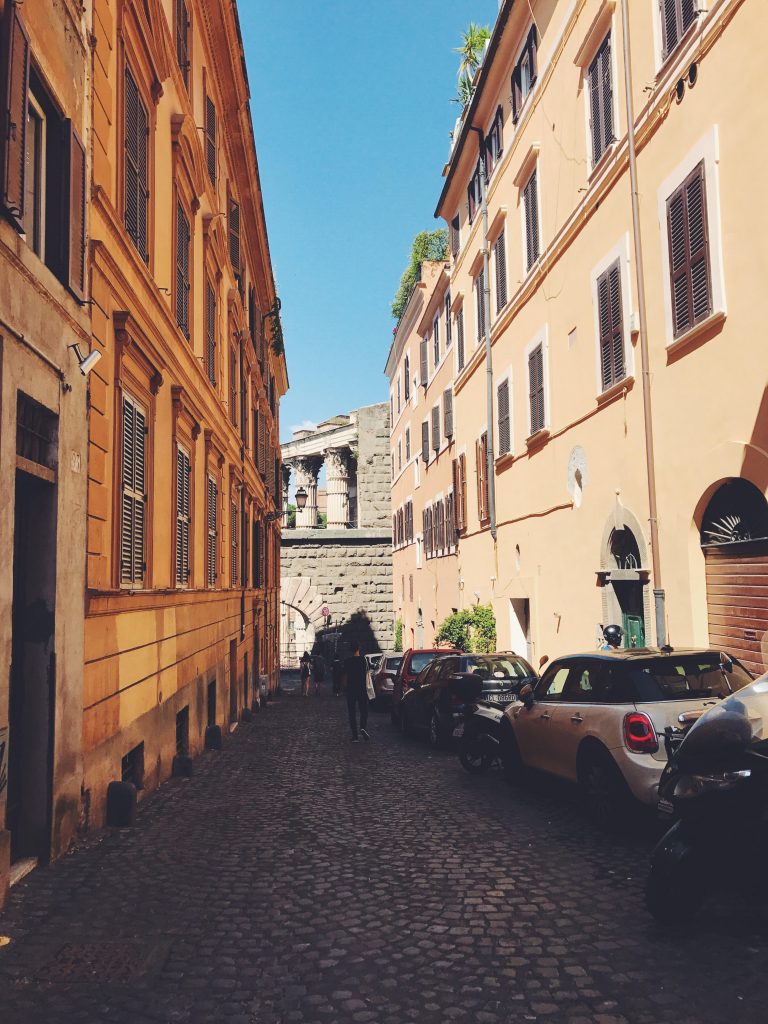 The tour begins in Monti, with an introduction to the camera and the chance to take a few practice Polaroids to familiarize yourself with the camera. You’ll learn how to load the film, frame the shot, adjust for light and protect the film when removing it from the camera.

Then, your guide takes off down the picturesque lanes and starts pointing out potentially photogenic corners. 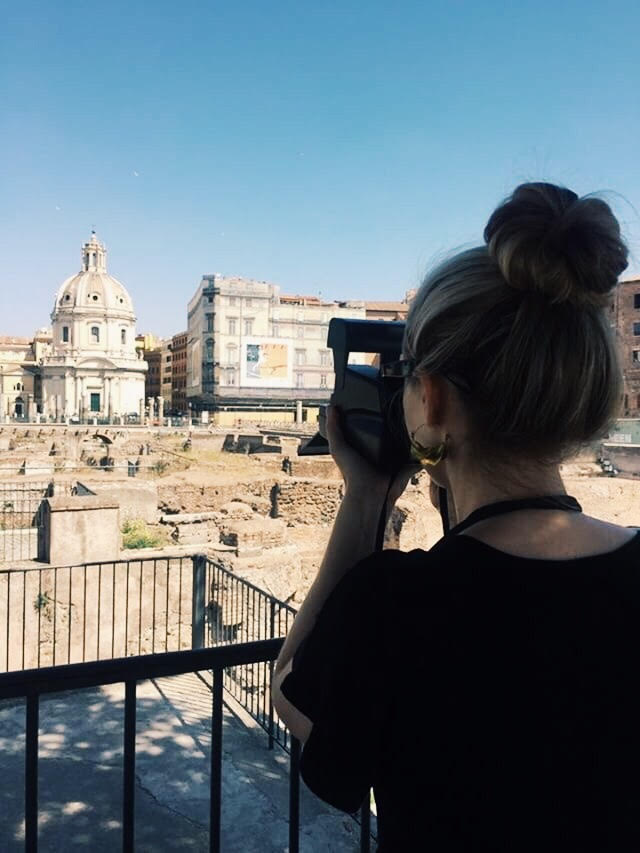 Winding past the Roman Forum, we stopped at most of Rome’s most important monuments, including the Pantheon, Piazza Navona, and Trevi Fountain.

(In other words, you see A LOT but there is also a ton of walking, so be prepared). 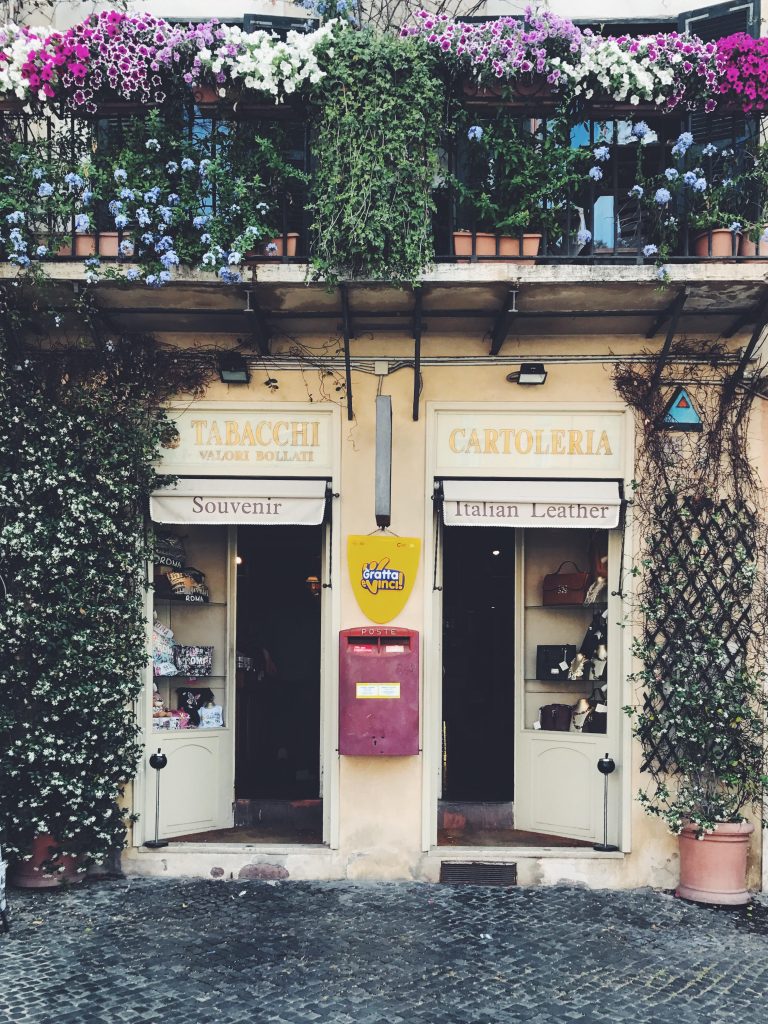 I found myself most drawn to the city scenes that felt frozen in time, and that I thought would look best on Polaroid film.

At one point, the film stopped being produced after the cameras were discontinued. A new company stepped in and saved the film for Polaroid lovers, but it is still costly so you really need to plan every shot to make it count. 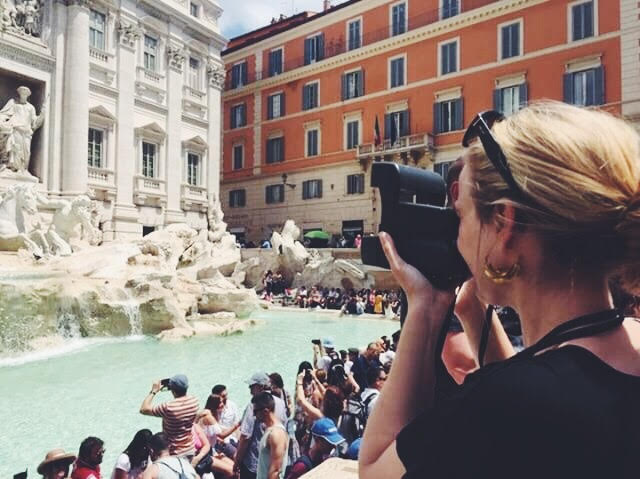 At the end of the tour, you have a collection of Polaroid photos to take home — and I love the way they all turned out! 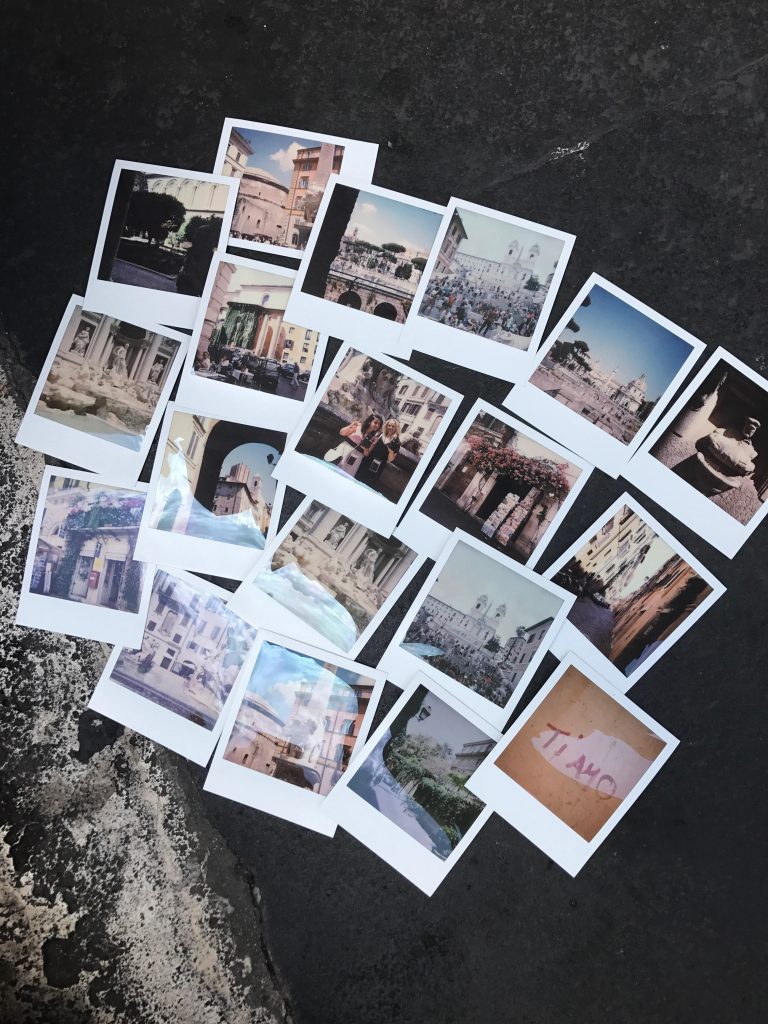 The Polaroid tour of Rome is €59, which is totally reasonable especially considering the price of the hard-to-find film and the chance you have to use vintage cameras that are no longer produced.

If you get snap happy, you can also buy an extra set of film during the tour. 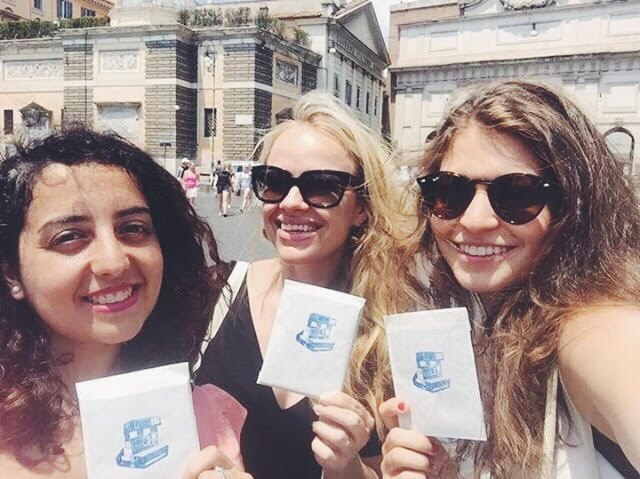 Many thanks to Alessandra for the photos of yours truly snapping away, and a big thanks to Instant Tours for the invitation to join the tour!

8 thoughts on “A Polaroid Tour of Rome (Perfect for Photographers)”