Here is what to know about how to experience the Via Crucis in Rome and what to expect if you are in the Eternal City on Good Friday.

Via Crucis in Rome

The main Via Crucis in Rome takes place on Good Friday at 9 pm at the Colosseum. The exact date of the Via Crucis changes every year because it is tied to Easter, which generally falls between mid-March and mid-April.

The Via Crucis at the Colosseum is the most important Easter event in Rome because it reenacts the Passion of the Christ. 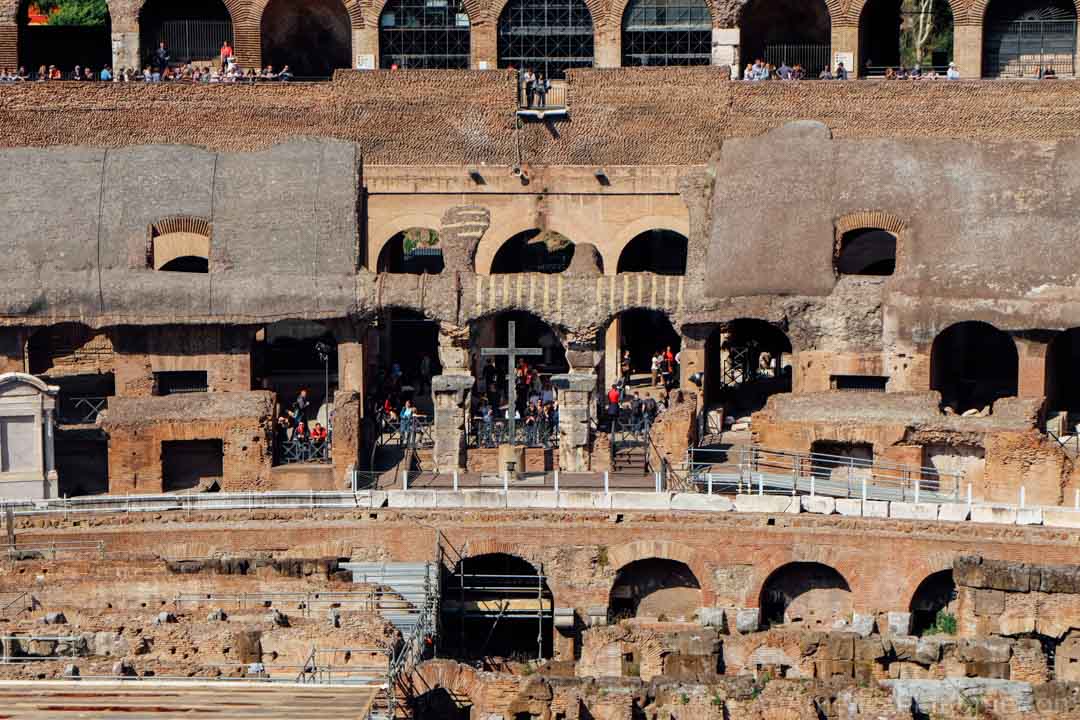 Starting inside the ancient arena, the Pope personally carries the cross from Station to Station until he arrives at the Temple of Venus in the Roman Forum. (When he is unable to carry the cross himself, the Pope usually presides over the celebration from the top of the Palatine Hill).

The Stations of the Cross are found in every Catholic Church and are usually images representing Jesus’s final day – beginning with His condemnation, through his crucifixion and burial. The prayers, and the Via Crucis, follow this same order – remembering the 14 moments of the Passion of the Christ.

The tradition of the Via Crucis at the Colosseum began in the 18th century. After many years, the Via Crucis returned in the 1960s and it is still celebrated every Good Friday. In the year 2000, Pope John Paul II personally wrote the meditations for each Station. However, it is traditional to invite a different person to pen the meditations every year. 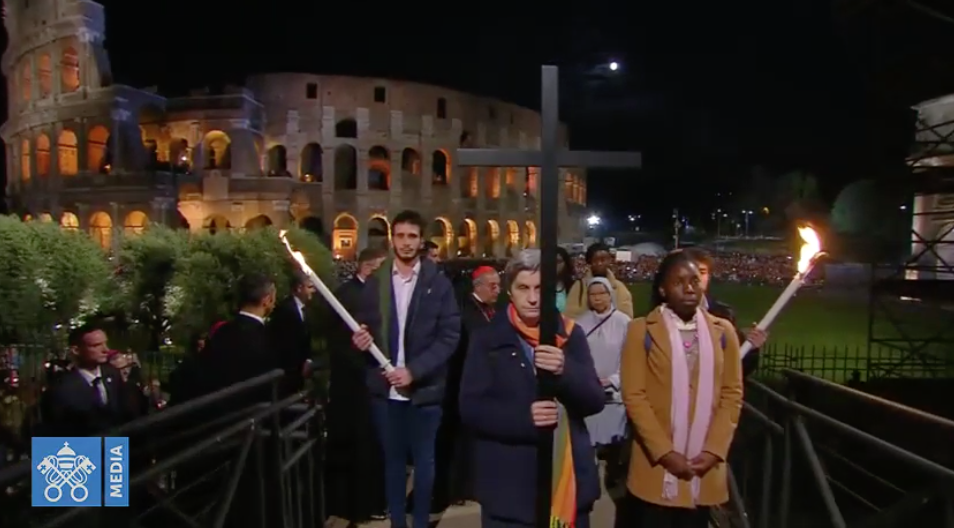 The celebration ends with a candle-lit cross illuminating the night sky in front of the Roman monument.

In Testaccio, the local church celebrates the Via Crucis with a procession and devotions on Monte Testaccio earlier in the day (3 pm), ahead of the Via Crucis at the Colosseum. 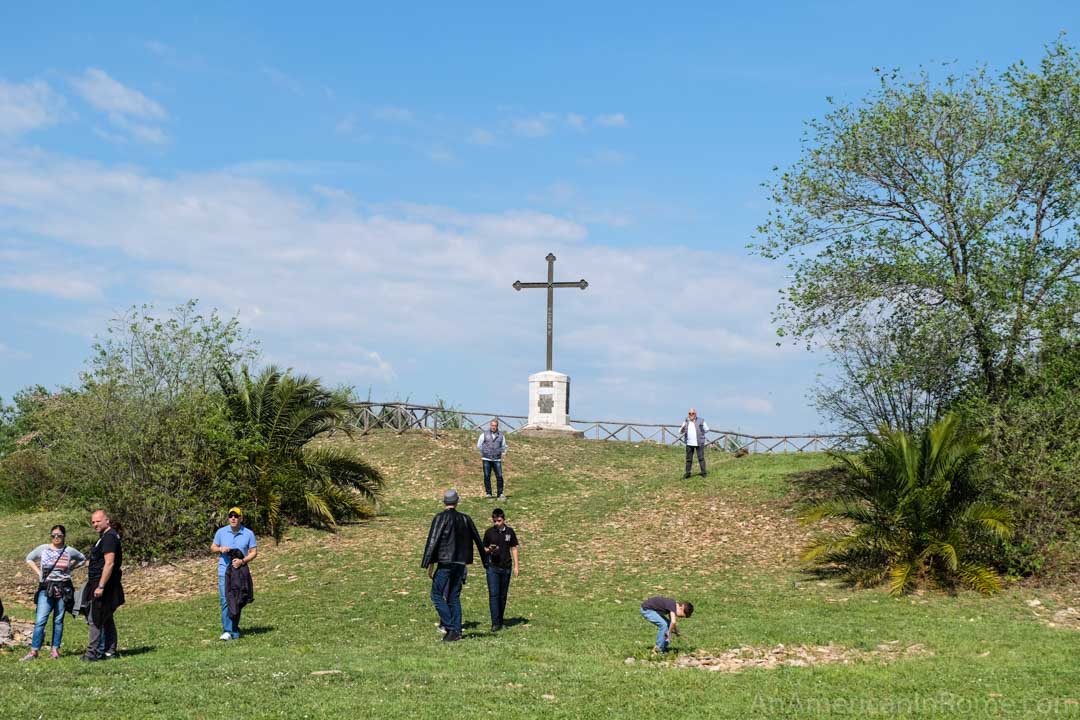 We have joined this celebration, walking over the shards of broken Roman pottery to the top of the hill. The cross is then slowly moved around the hill, with an image of the Passion of the Christ shown at each Station while church members read the devotions. 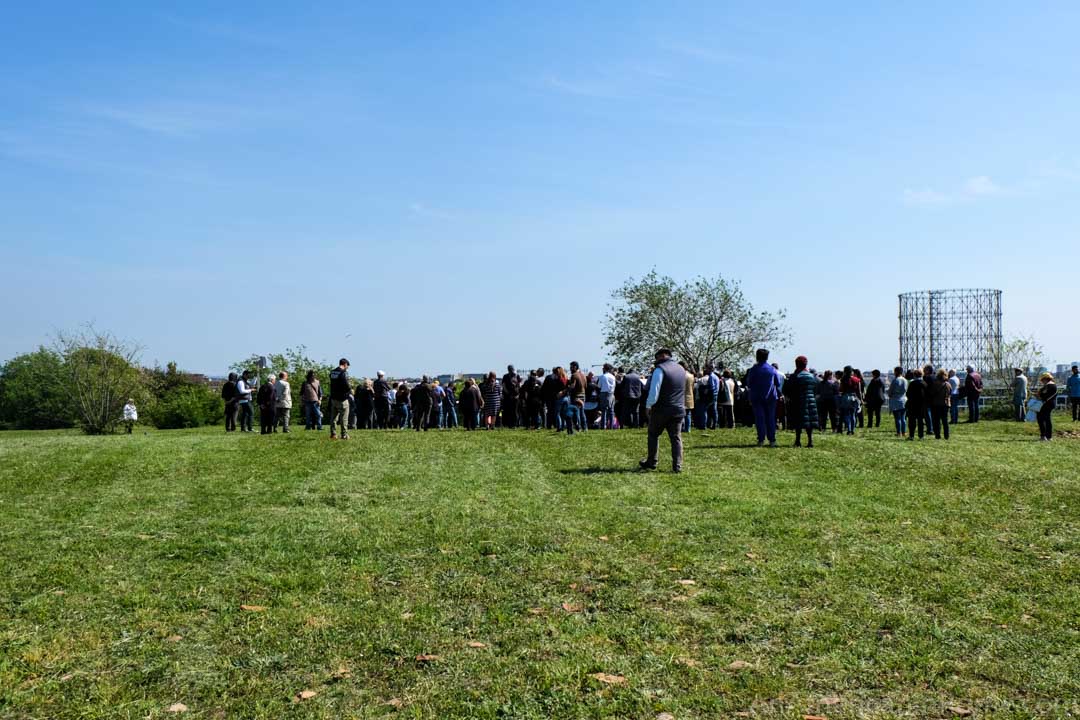 Good Friday is a popular holiday in Italy, but it is not technically a public holiday. Schools, however, are closed and remain closed until the following Tuesday because Easter Monday is also a holiday.

Many Catholics mark the day with mass and devotions. Some climb the Holy Stairs, and many attend the Via Crucis or watch the celebrations via live streaming. The Via Crucis at the Colosseum is broadcast worldwide and is the principal part of the Easter celebration in Rome.

If you are in Rome on Good Friday, some private businesses may close. In addition, the Colosseum closes around 1 pm to prepare for the Via Crucis, and many of the streets around the Colosseum will also be closed to traffic.

In Testaccio, the Via Crucis on Monte Testaccio begins at 3 pm. You can join the procession and participate by waiting at the entrance to Monte dei Cocci a little before 3 pm. 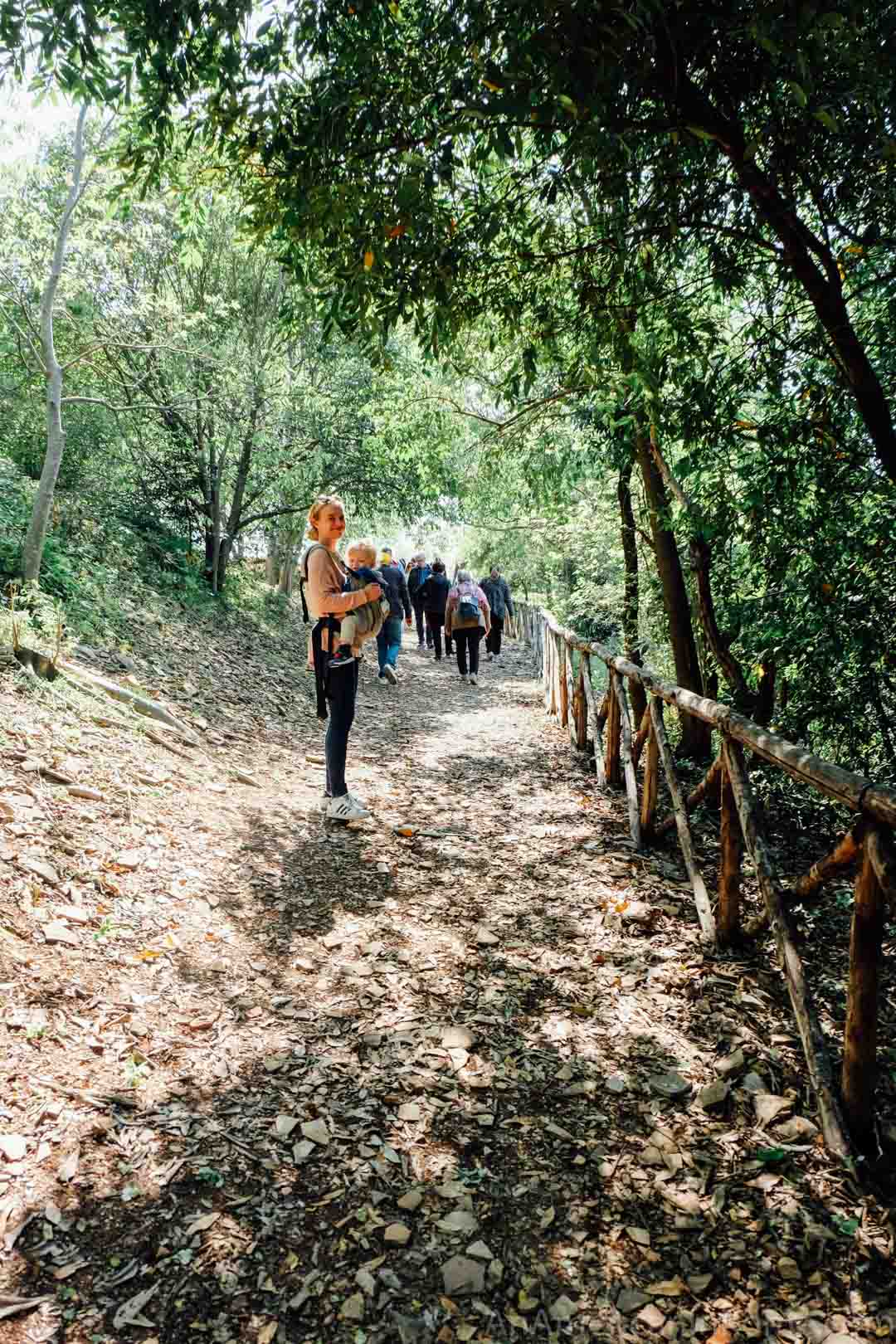