It is strange to me to name a museum Museo della Via Ostiense – essentially: the Ostiense St. Museum – but then again, this free museum is pretty strange itself. And in fairness, the name is very descriptive. The museum sits right smack dab in the middle of one of Rome’s busiest traffic roundabouts on Via Ostiense. 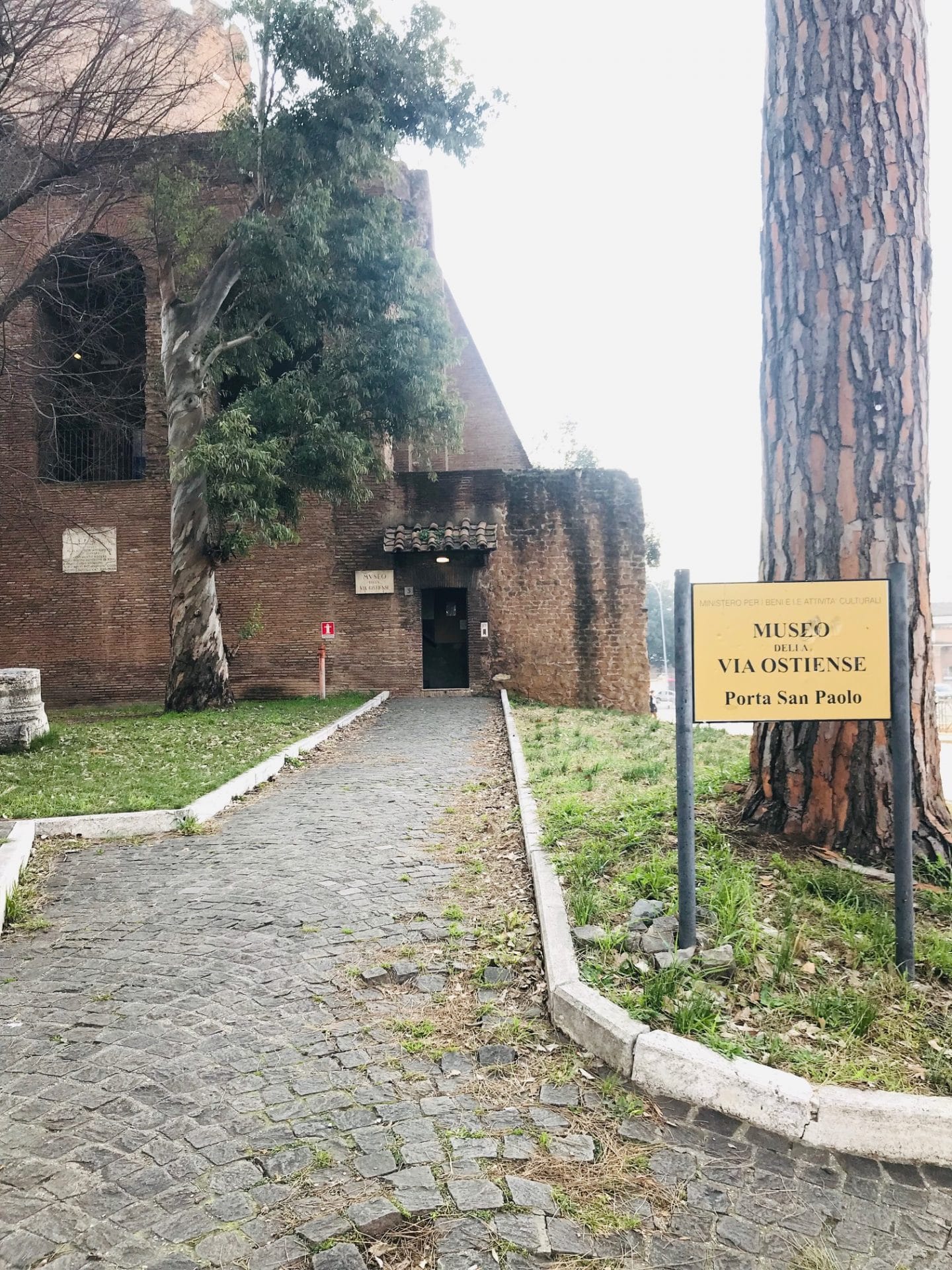 This is actually why it took me so long to visit the museum – I was terrified of the traffic. There are crosswalks, but no stop lights to control the traffic, which tends to come zipping around the corner quickly. The museum also has slightly funny hours and is only open in the mornings. I would find myself thinking “oh, I should go there today…” only to realize that it was after 1:30 pm.

But the quirky museum is worth the effort to visit because it is located inside the Aurelian wall. The museum occupies the part of the wall that still stands at what was known as Porta San Paolo.

Forget the Colosseum – the wall itself is the largest ancient structure still standing in Rome. It exists in several sections but once encircled all seven hills of Rome, running 12 miles in total. The Aurelian walls were built between 271 and 275 AD, a reaction by the Emperor Aurelian, to try to protect the city. 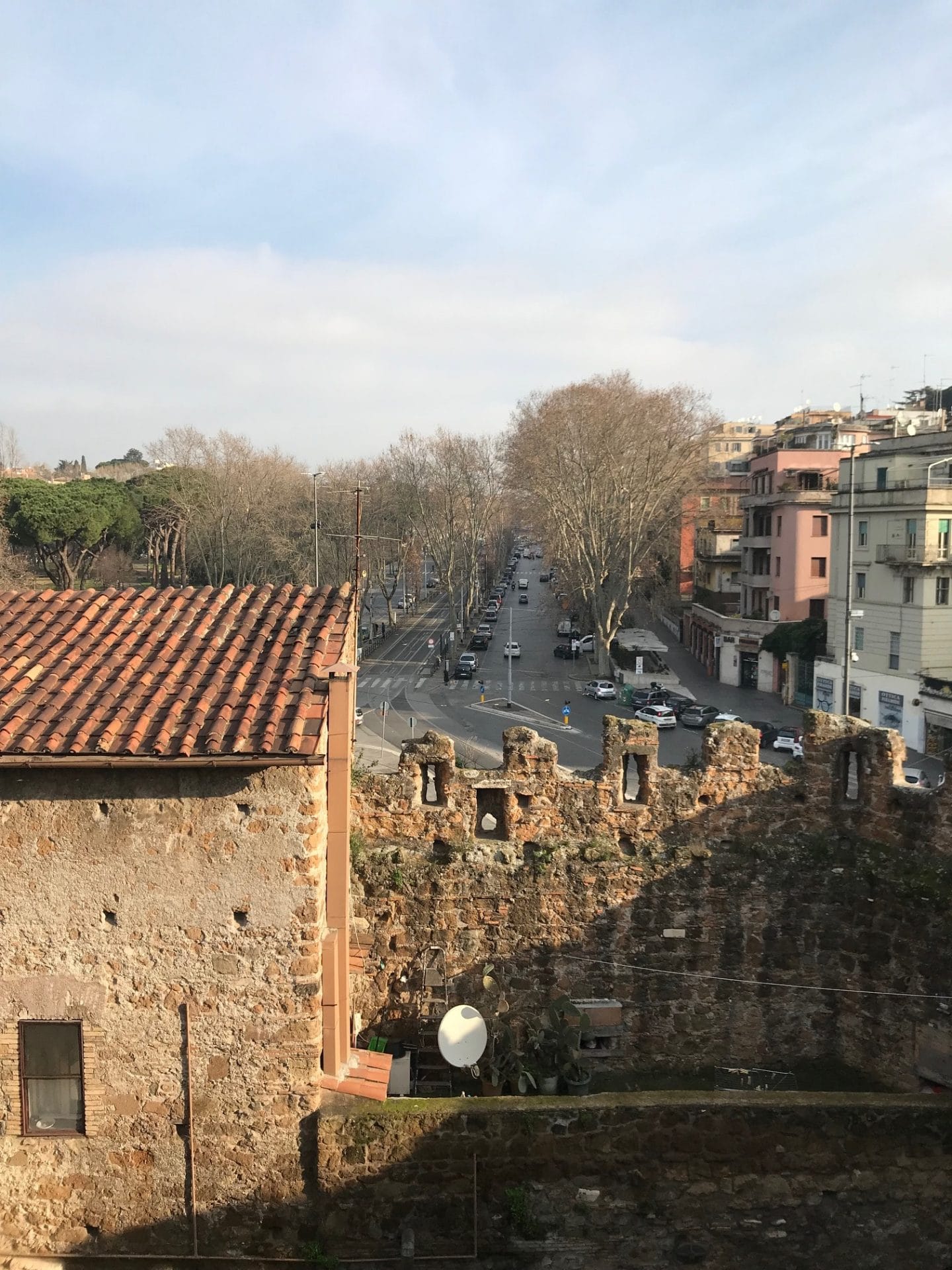 However, the gate here near what is now Testaccio took its name during the middle ages because the road here leads to the church of San Paolo. San Paolo Fuori Le Mura (St. Paul outside the walls), to be precise.

And that is my favorite thing about this funny little museum – the chance to walk inside the walls. You can look over the ancient fortified structure and see the modern city that now buzzes around them.

The museum itself has a very limited collection – there are a view Roman artefacts with little to no explanations given. But remember: the museum is free, so you aren’t losing much by stopping by. 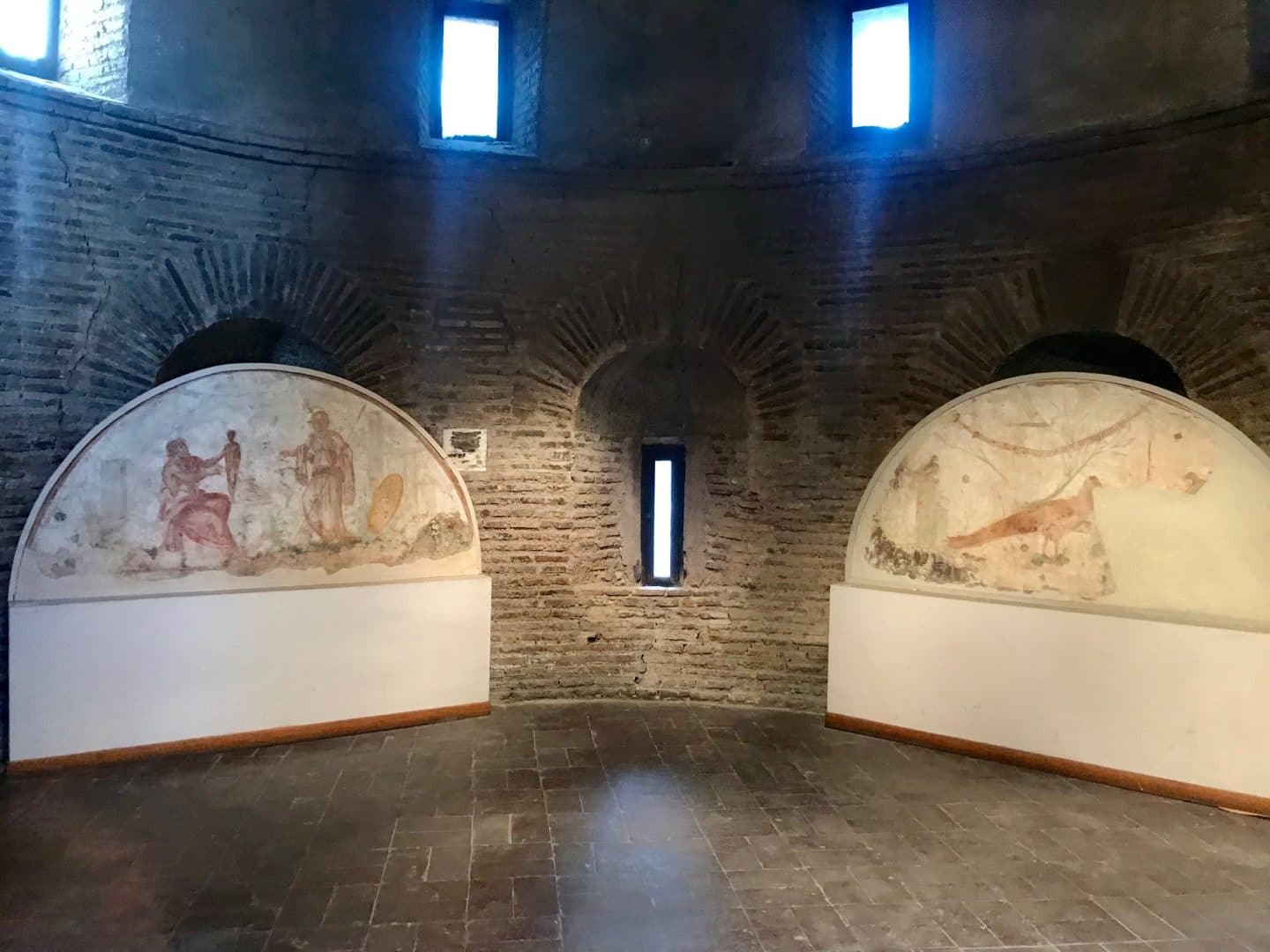 In fact, the real reason to stop by is because the walls overlook the non-Catholic cemetery in Rome, and offer an incredible view of the Pyramid of Cestius.

The museum sits just outside the piramide metro stop, so it is relatively convenient to pop in and walk to the top level. 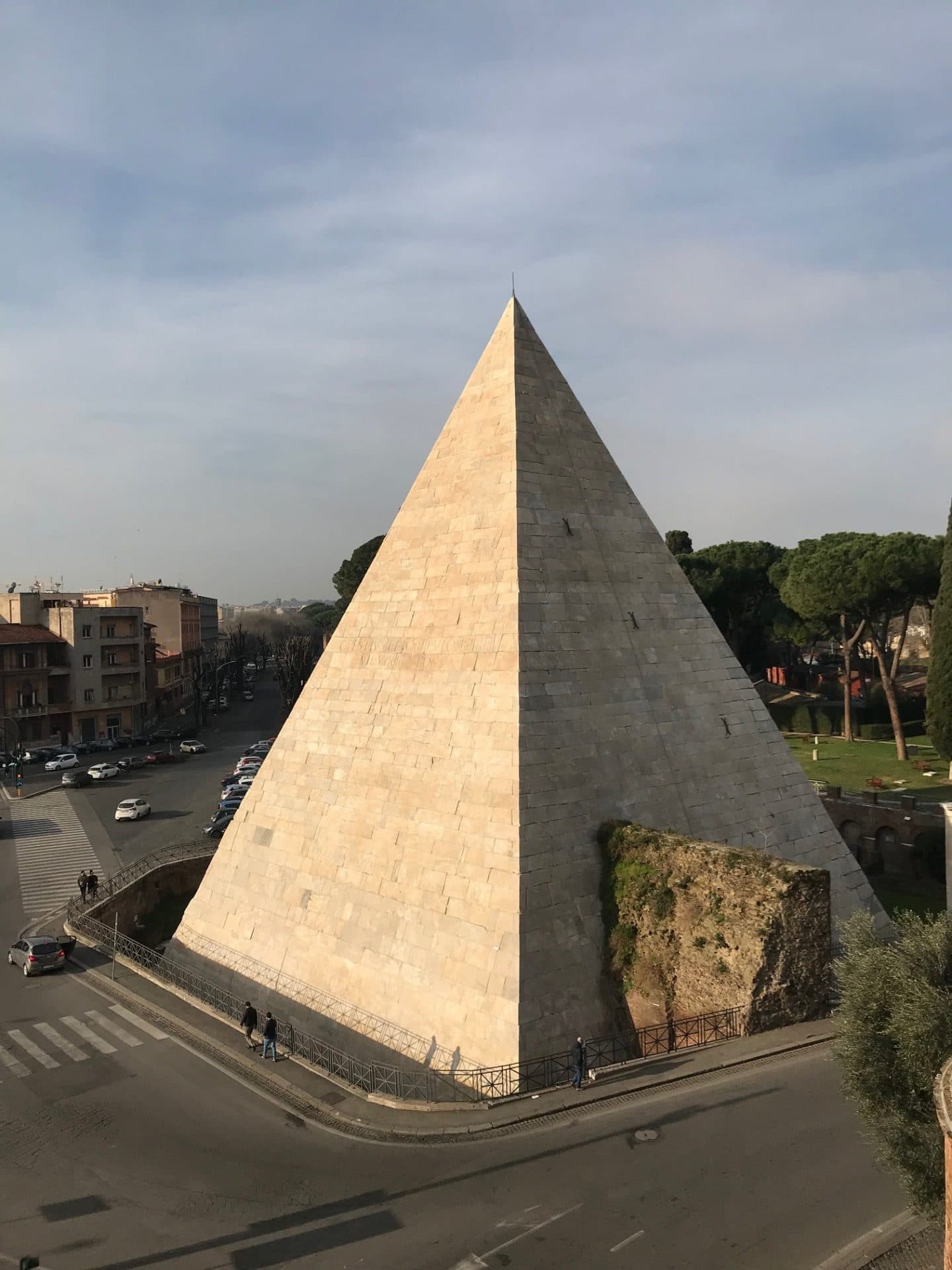 It doesn’t take long to see the model of Ostia inside or to quickly examine the frescos and inscriptions which were all found between here and the beach town. A visit should take about 20 minutes, and then you can walk a few minutes to Tram Depot for a coffee before continuing your Roman day.

For more museums in the area, I highly recommend Centrale Montemartini, about a 15-minute walk or 5-minute bus ride further down Via Ostiense.

(Note to those with accessibility issues: there are no elevators and this is not a great idea if you cannot manage steep stairs).