I remember the last time I went to Baffetto 2 – it was 2011, it was terrible, and I swore to never go again. Whenever I was in the Campo de’ Fiori area, I studiously avoided the corner pizzeria, so I didn’t notice right away when Luciano Cucina Italiana moved in and transformed the space. 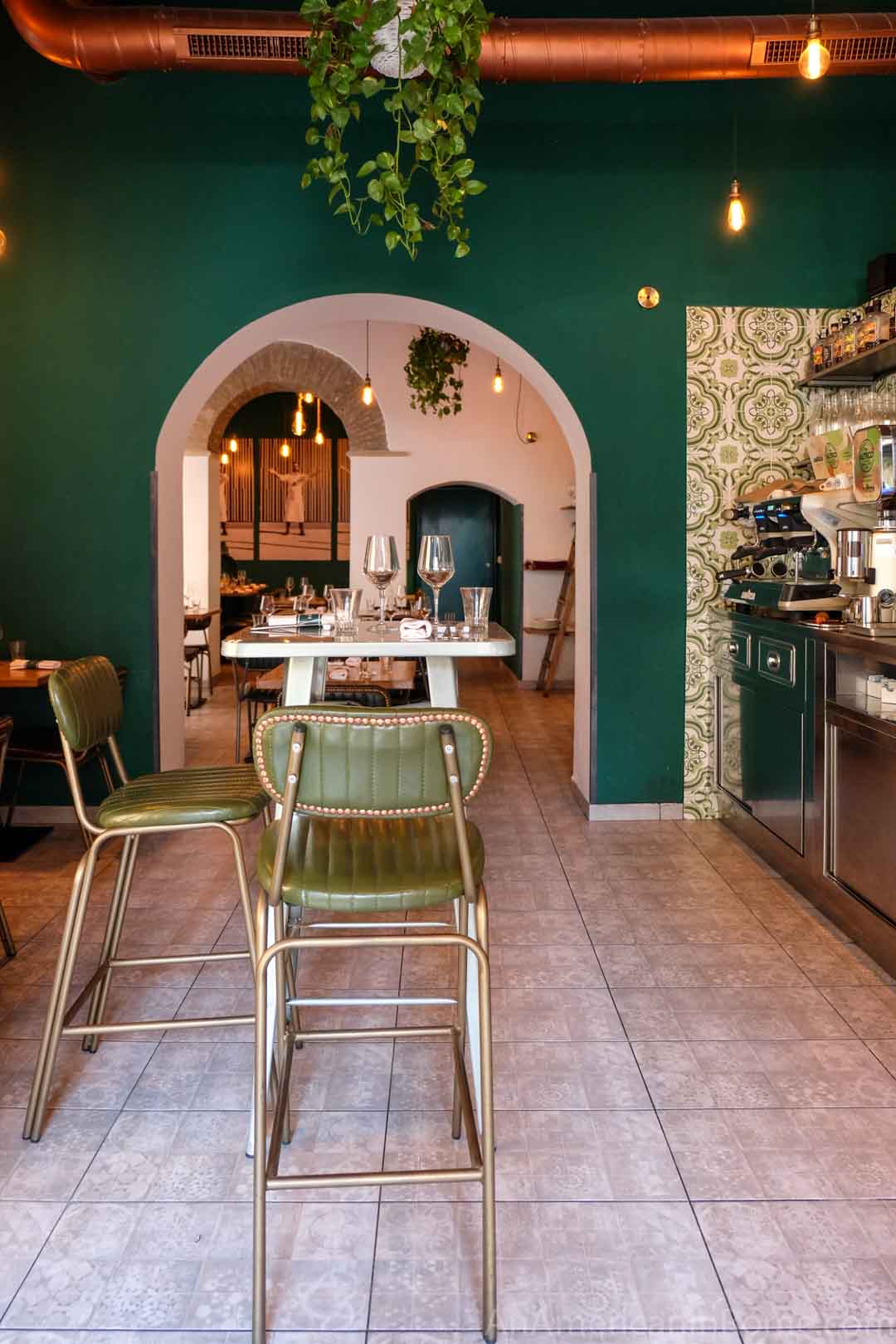 When we went to Luciano for the first time last week, I actually had to ask the waiter if this was the same space because it was newly chic and completely unrecognizable. But yes, it is – Luciano moved in in August 2018, he explained. 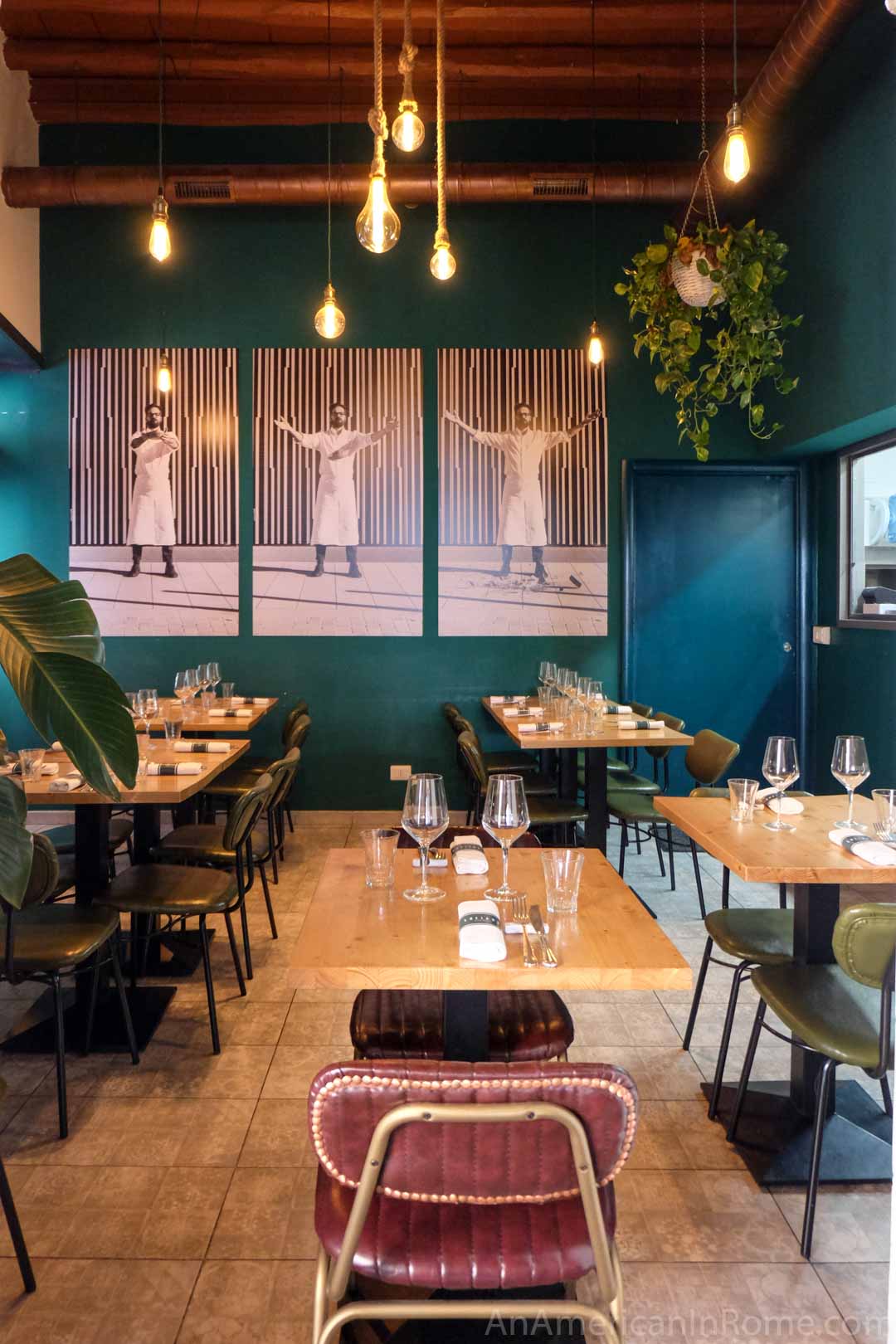 And the chef is nothing if not serious about quality Italian cooking. In fact, one of the main pieces of decor inside the restaurant is a three-part photo series of Luciano himself shattering a plate of spaghetti and meatballs – an Italian-American dish that you won’t find on any Roman menu.

Instead, Luciano Cucina Italiana has a small, focused menu of pasta and meat courses which are executed with care and attention.

In fact, the only appetizers available are two styles of fresh cheese – burrata and mozzarella – topped with more Italian goodies. In our case, we opted for the burrata with semi-dried tomatoes and olive puree. 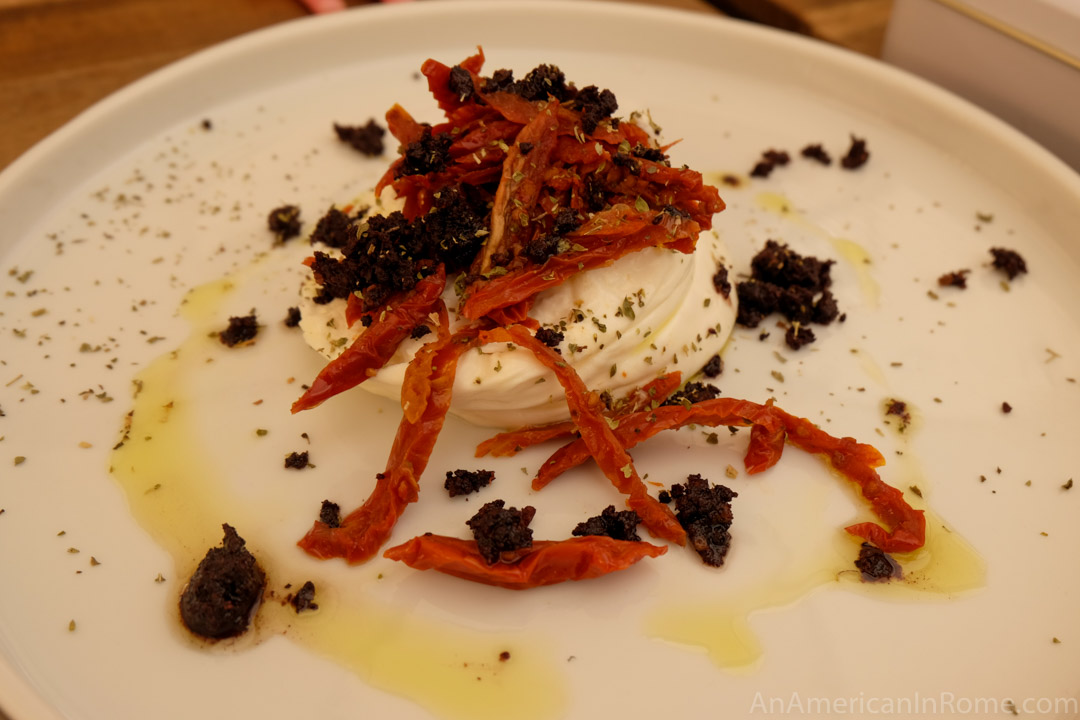 However, all of the buzz about Luciano centers around one dish: the carbonara. 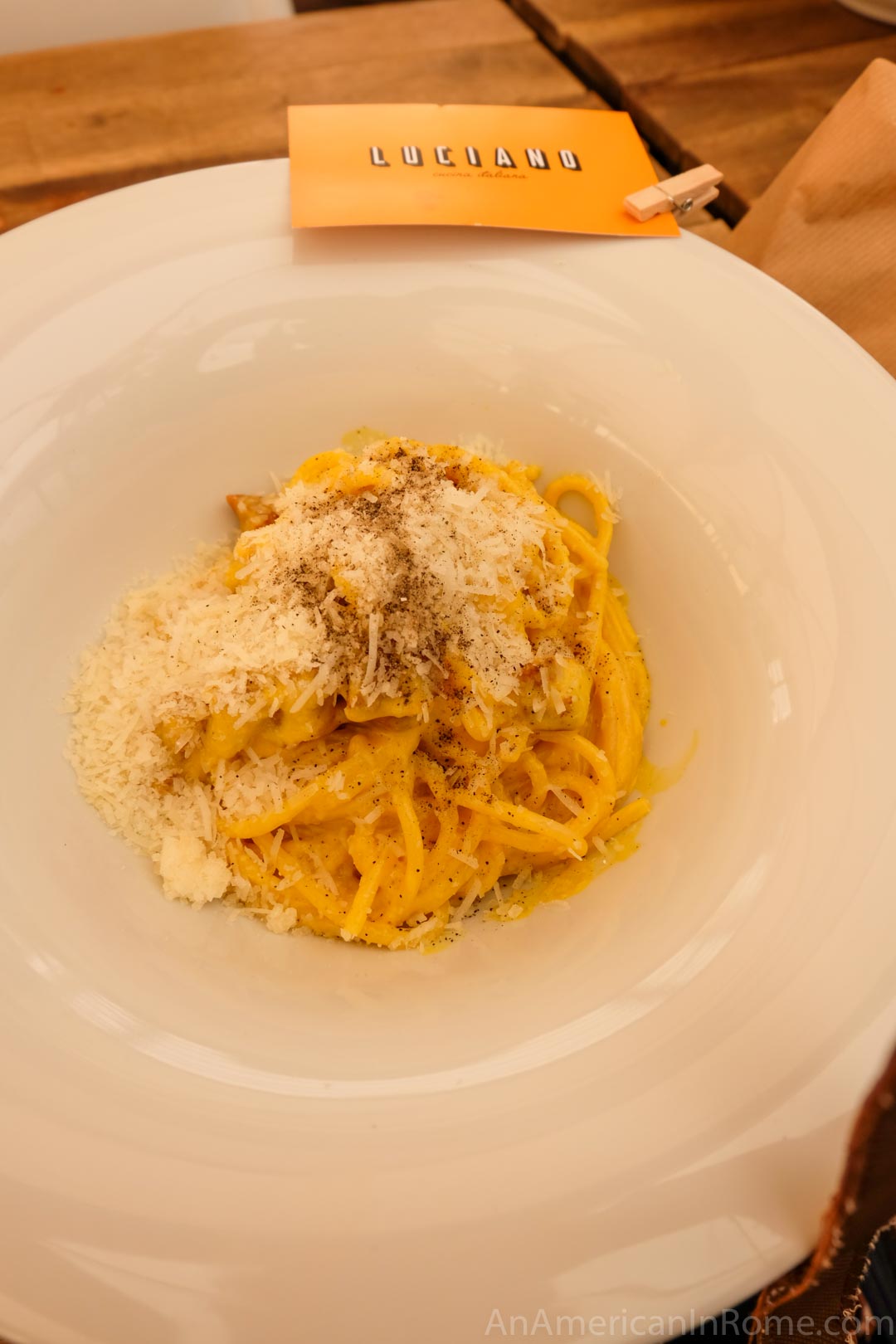 And if you order the carbonara, expect it to be served with a golden fork – which, let’s be honest, is fun but a little pretentious.

The showmanship just goes to show that the carbonara here is really the king of the menu. 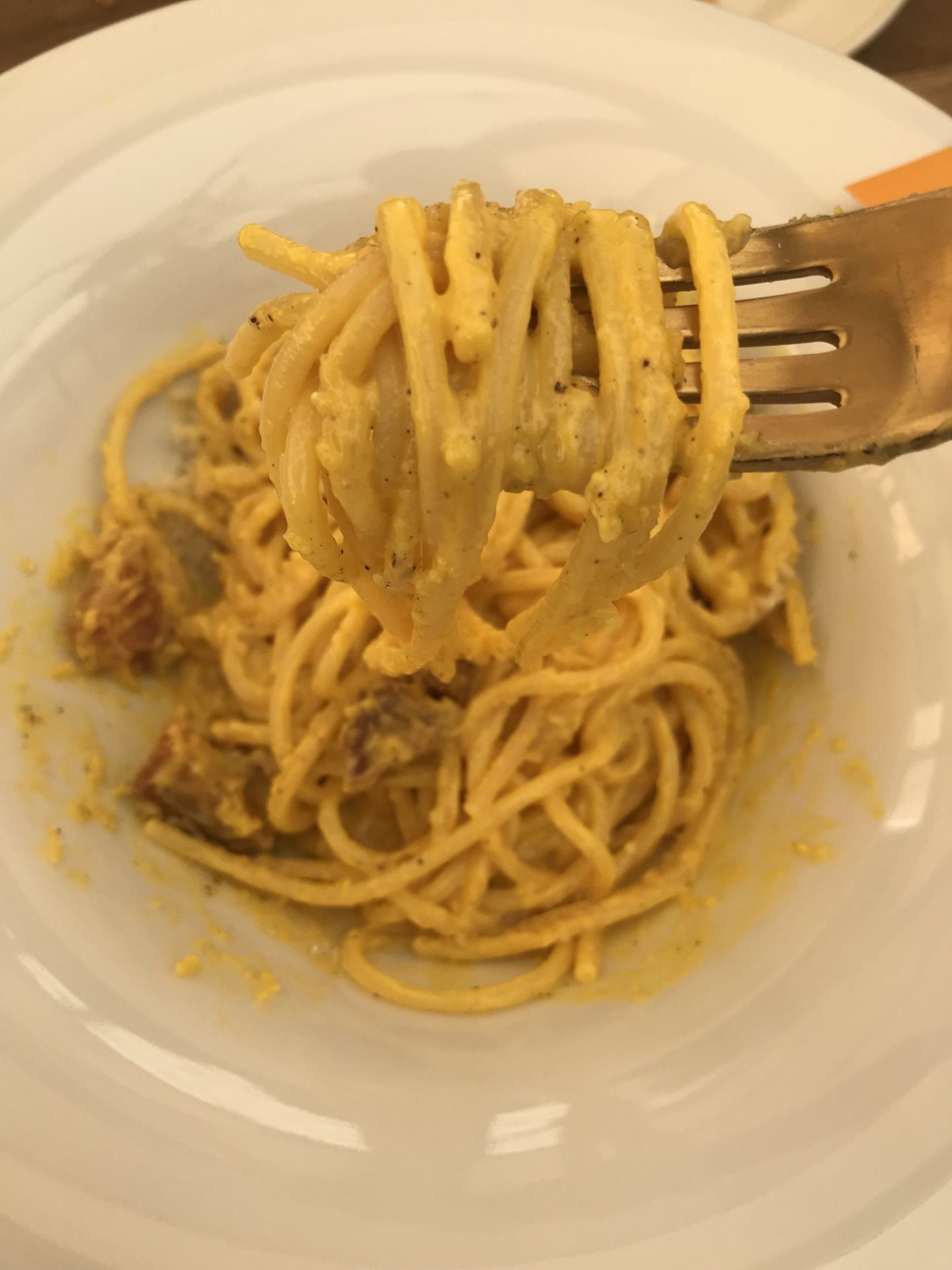 And the eggy, cheesy pasta really is very very good. One of the best carbonaras in Rome, to be sure. And all of it served just a minute from the tourist center of Campo de’ Fiori.

The special treatment for the Roman pasta does not stop with the cutlery. The dish is also served with a recipe card – in order to emphasize the traditional ingredients in case you want to recreate the meal back home. 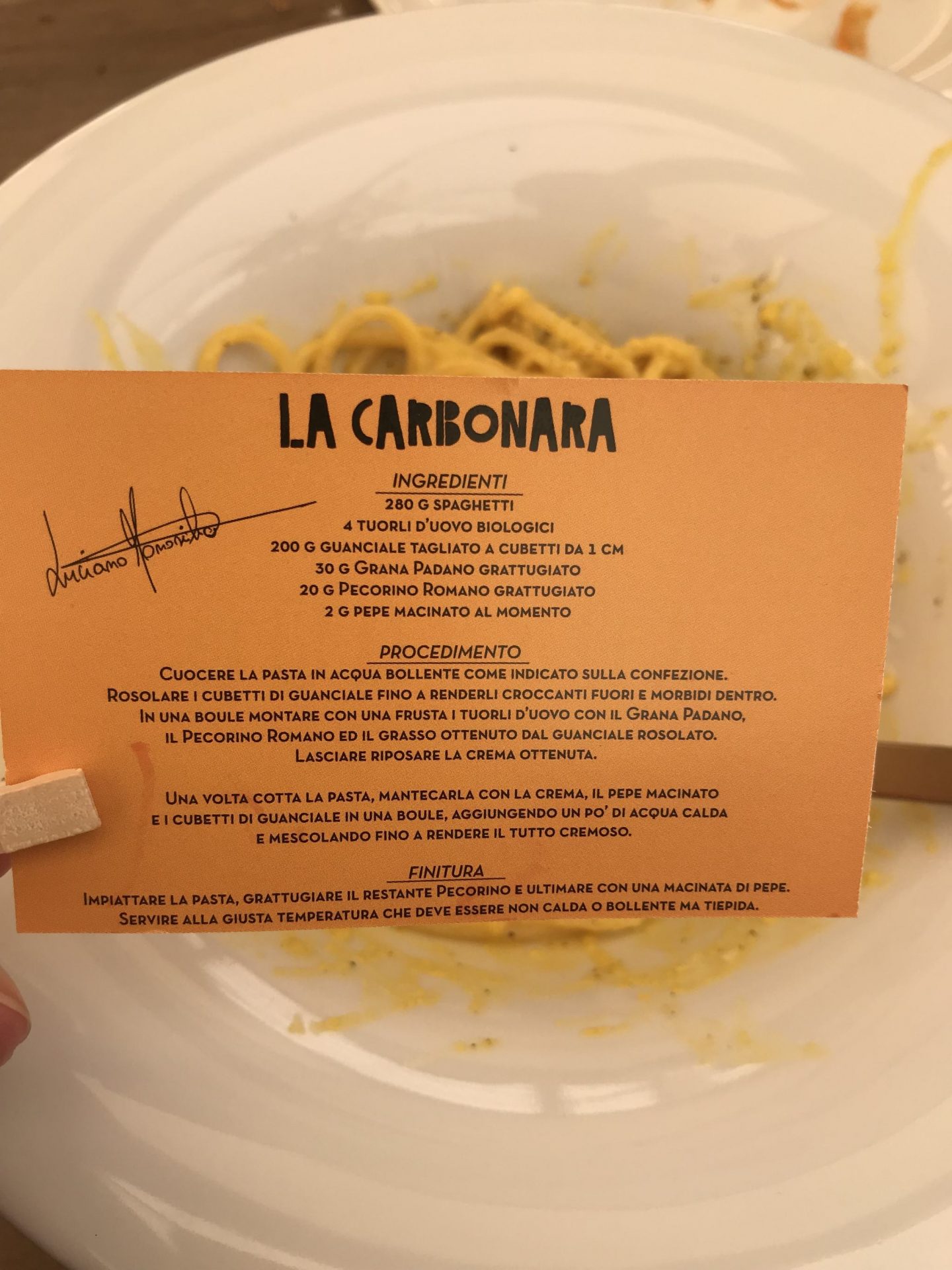 One of the differences in this carbonara is the use of Grana Padano in addition to Pecorino Romano. I think I missed the pecorino sharpness and saltiness just a bit.

While the other pastas don’t quite get the star treatment, they are also excellent. 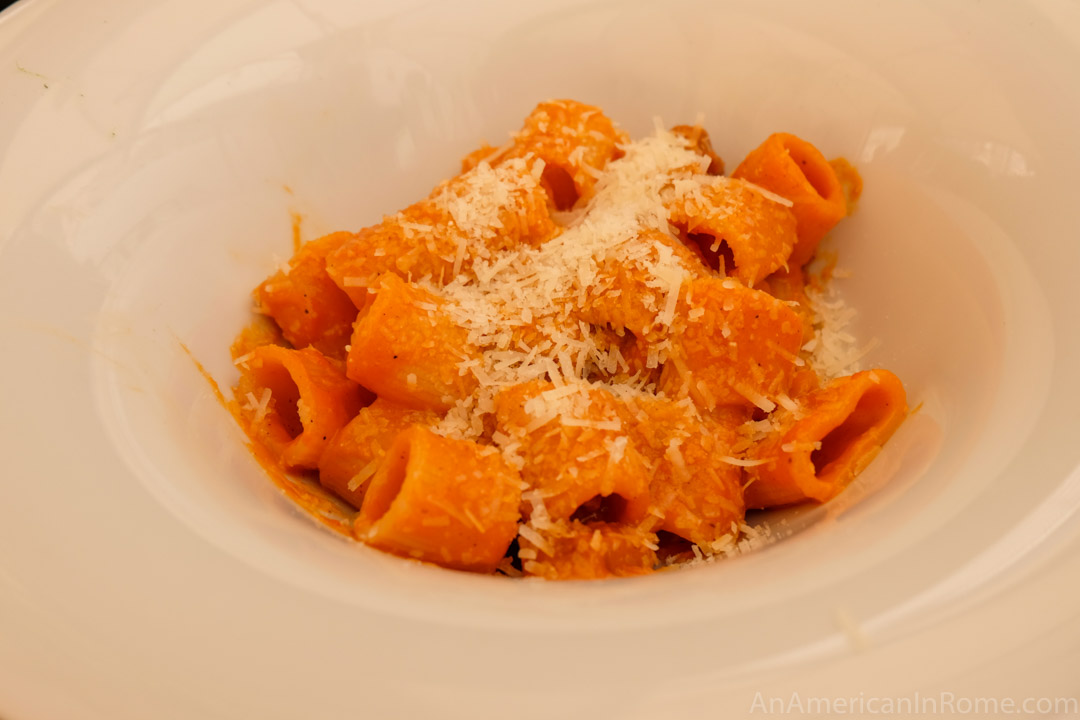 If one meal isn’t enough, the restaurant also sells fresh and dried pasta to take home.

All in all, Luciano Cucina Italiana is a great new option for dining in the center of Rome. Given the location and the quality of the ingredients, however, you should be prepared to pay a few euro extra per dish. The famous carbonara, for example, rings in at €15. (Here is more information on the cost of eating in Rome).

One thought on “Luciano Cucina Italiana in Rome”