Burrata cheese is a fresh cheese from the region of Puglia in Italy, but to really understand what burrata is, you first need to know about stracciatella. 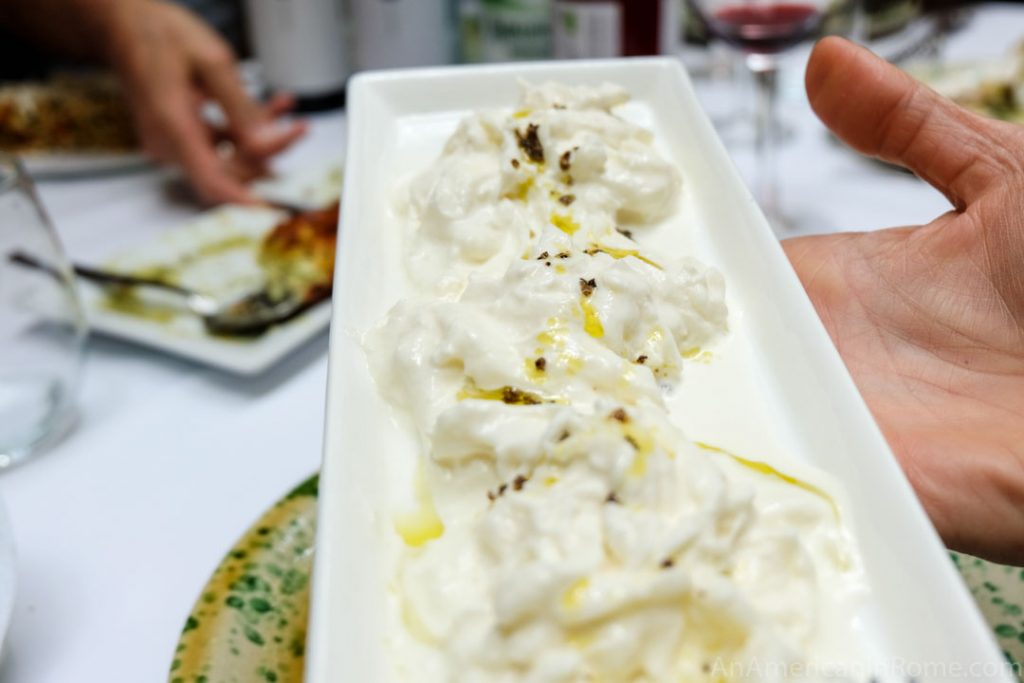 “Stracciatella” is also a fresh cheese that comes from Puglia, the heel of Italy’s boot. Stracciatella refers to “strips” and it literally is a cheese made from strips of cheese that are left over as a byproduct of mozzarella-making which might otherwise be discarded. The strips of mozzarella are mixed with fresh cream to create an almost soupy (and tasty) fresh cheese.

Burrata cheese is made by taking a ball of what would otherwise be mozzarella and pulling it flat. This flattened piece of semi-soft cheese is then used as an envelope and the stracciatella is scooped into the middle. The “envelope” is then closed by hand and dipped in hot water to seal it, and conserved in cold water.

In the end, burrata is a semi-soft cheese similar to mozzarella that has then been stuffed with ripped mozzarella mixed with cream. When you cut it open, the creamy interior spills out and mixes with the firmer outer layer. It is absolutely delicious.

Burrata can be made from bufala milk or cow’s milk but cow’s milk is more traditional in Puglia. It should be made the same day that the cows are milked.

I saw burrata being made with Radici del Sud at La Querceta in Puglia’s Valle d’Itria region. The all-organic farm produces a range of cheese, meats, and vegetables, but here is how they make burrata:

How to serve burrata cheese

In Italy, burrata is most commonly served on its own rather than being melted down or cooked. It is best if it is served so fresh that it has not even been refrigerated in transit. (Cold refrigeration can make the outer shell of the cheese chewy, but it is unavoidable if the cheese needs to be transported outside of its production area in Puglia). Be sure to let burrata rest for an hour outside of the fridge before serving it.

When burrata is shipped it is usually packaged with some lightly salted water. This can be discarded before serving.

To cut burrata, cut it as if it were a pie, in wedges. This means there will be more of the outer cheese to hold the inside together a bit. If you cut it straight across, to create rounded slices, you won’t have the optimum balance of outer cheese to soft interior creamy cheese.

Burrata can be great with semi-dried tomatoes which add a nice acidity to contrast with the milky cheese. 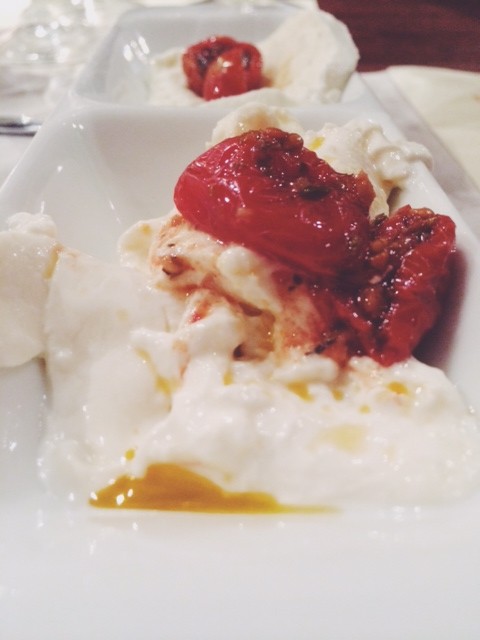 Can you eat burrata during pregnancy?

If you are traveling to Italy while pregnant, you should know that not all burrata is pasteurized. Many small-scale producers prefer to use raw, organic milk to create their cheeses. The burrata is made with water heated to 90C, but that is not technically high enough to pasteurize the cheese. If you want to enjoy burrata during pregnancy, it is best to find a cheese that specifies that it is made with pasteurized milk.

4 thoughts on “What is burrata cheese? (And how do you eat it?)”