Walk around Venice in early November and you will start to see signs of a holiday. The celebration is a purely Venetian one because the 11th of November marks the Festa di San Martino.

If you happen to find yourself in Venice on the actual 11 November, you may hear a racket around every corner as children bang pots and pans with wooden spoons and sing songs to celebrate St. Martin. (Oh, and to collect free sweets and even a little bit of money).

The History of San Martino in Venice

St. Martin of Tours was born in Hungary in 316 but soon moved to Pavia, Italy with his Roman soldier father. The future saint eventually joined the army himself. One night, he came upon a beggar freezing outside the city gates. St. Martin took his sword and cut his cape in two in order to give away half to keep the poor man warm.

St. Martin left the army to become a monk. He was well known for his charitable deeds and a cult of followers developed and grew after his death. He is now the patron saint of soldiers.

11 of November is the saint’s name day and there is a Renaissance church dedicated to San Martino in the sestiere of Castello in Venice. 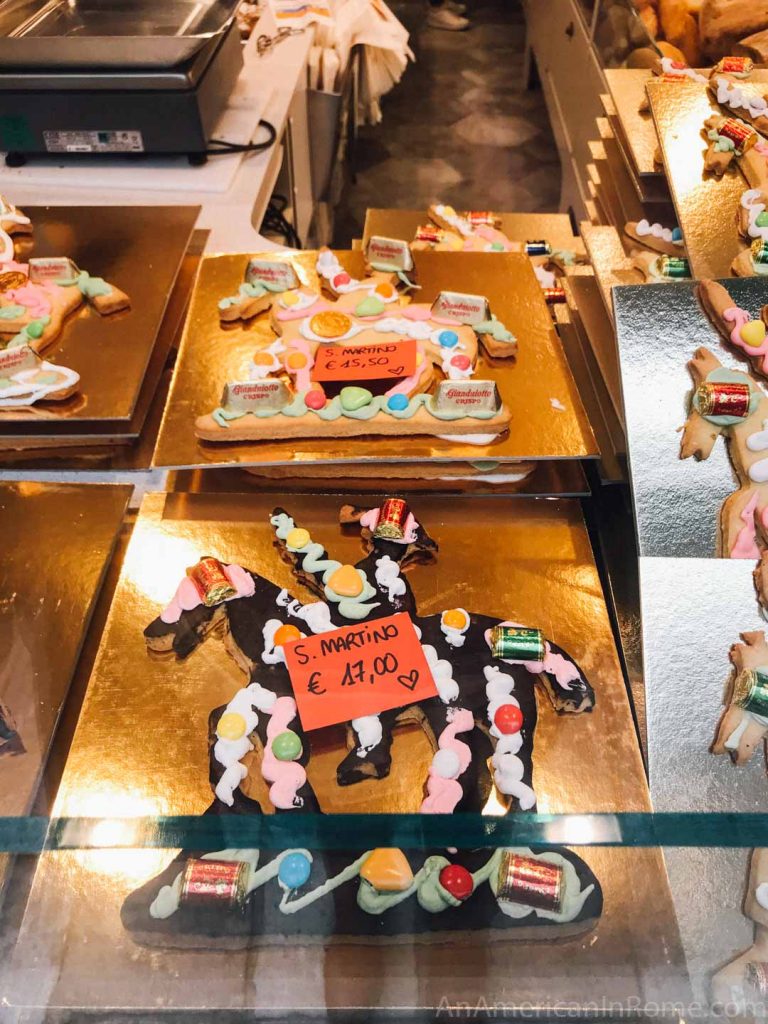 La Festa di San Martino traditionally would have been a time to indulge in seasonal products like chestnuts, but today it is more of an excuse to have a party for kids. Children dress up in paper crowns and colored pendants and set out to hunt out treats.

The children parade through the streets with their improvised drums in order to attract the attention of shopkeepers. They bang the pots and pans or sing a song much in the same way that American children ring doorbells on Halloween – looking for a bit of fun and some extra generosity in the form of free candy or some money to buy a San Martino cookie. 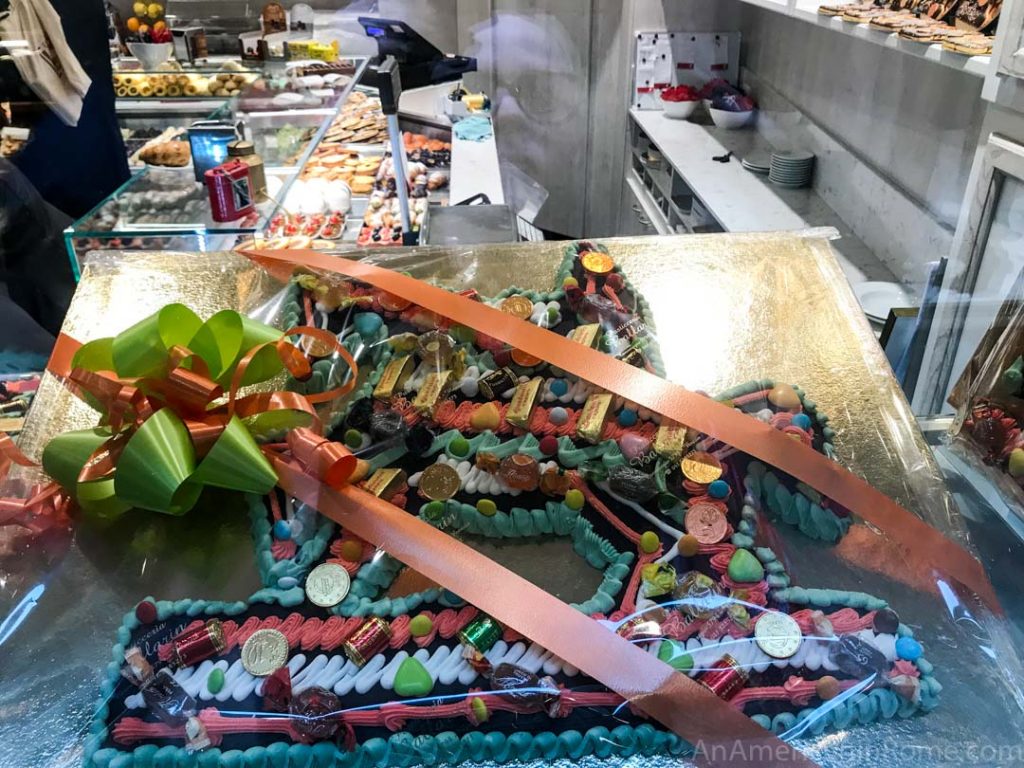 When the holiday falls on a school day, you will often see teachers leading groups of sugar-hungry kids through the streets.

One of the most common sweets you will see in Venice during this November holiday are special cookies known as San Martini which are made by most bakeries. The pastry crust is shaped to represent the saint on horseback, then covered with chocolate and topped with candy.

The figure sits high on a horse, holding a sword and wearing a cape. The sweet treat is meant to symbolize the saint ready to cut his cape in two to share with the freezing beggar and the moment when he embarked on his life of charity.

If you find yourself in Venice on 11 November, be sure to stop and cheer them on. Then celebrate on your own by digging into a San Martini cookie – the bigger the better. 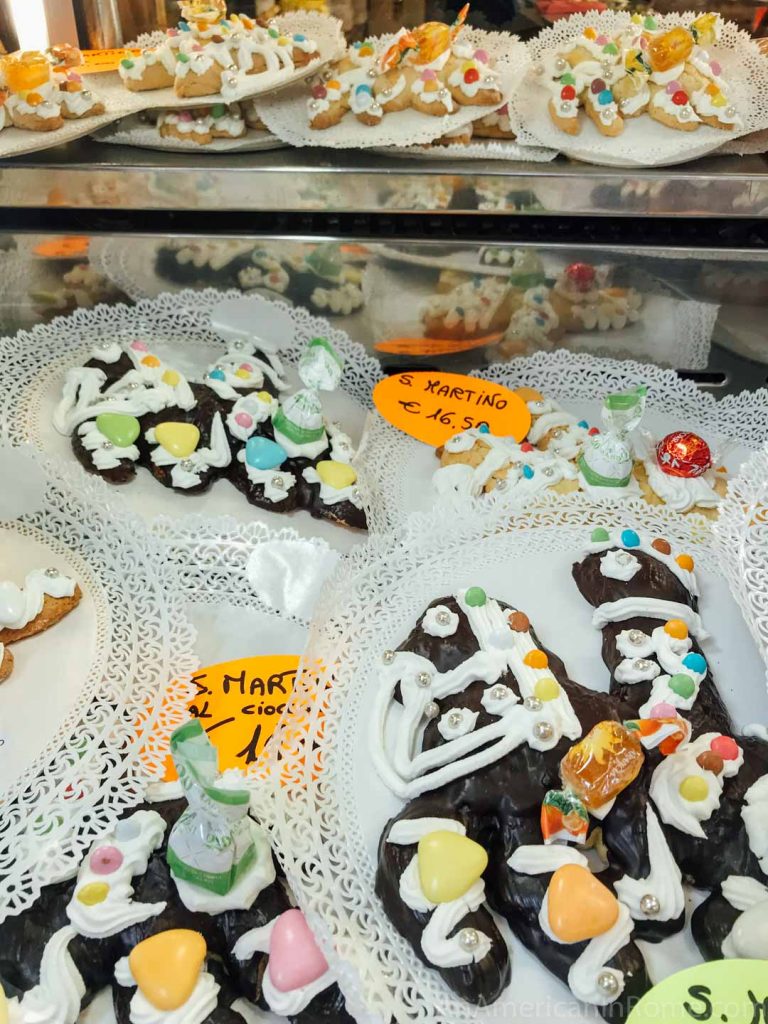 And don’t hesitate – you won’t be able to find the special Venetian cookies at any other time of the year. You can also find a different kind of cookie that is also known as a biscotto di San Martino in Sicily.

Want to learn more about traditional Italian holidays? Venice’s San Martino is a bit like Italy’s January 6 holiday for the Epiphany because it is seen as a holiday for children.