Venice is so beautiful on the outside that it can be tempting to spend all of your time along the canals. However, the truth is that some of the most ornate buildings in all of Italy can be found in this former trading city – and one of the loveliest of all is the Scuola Grande di San Rocco. 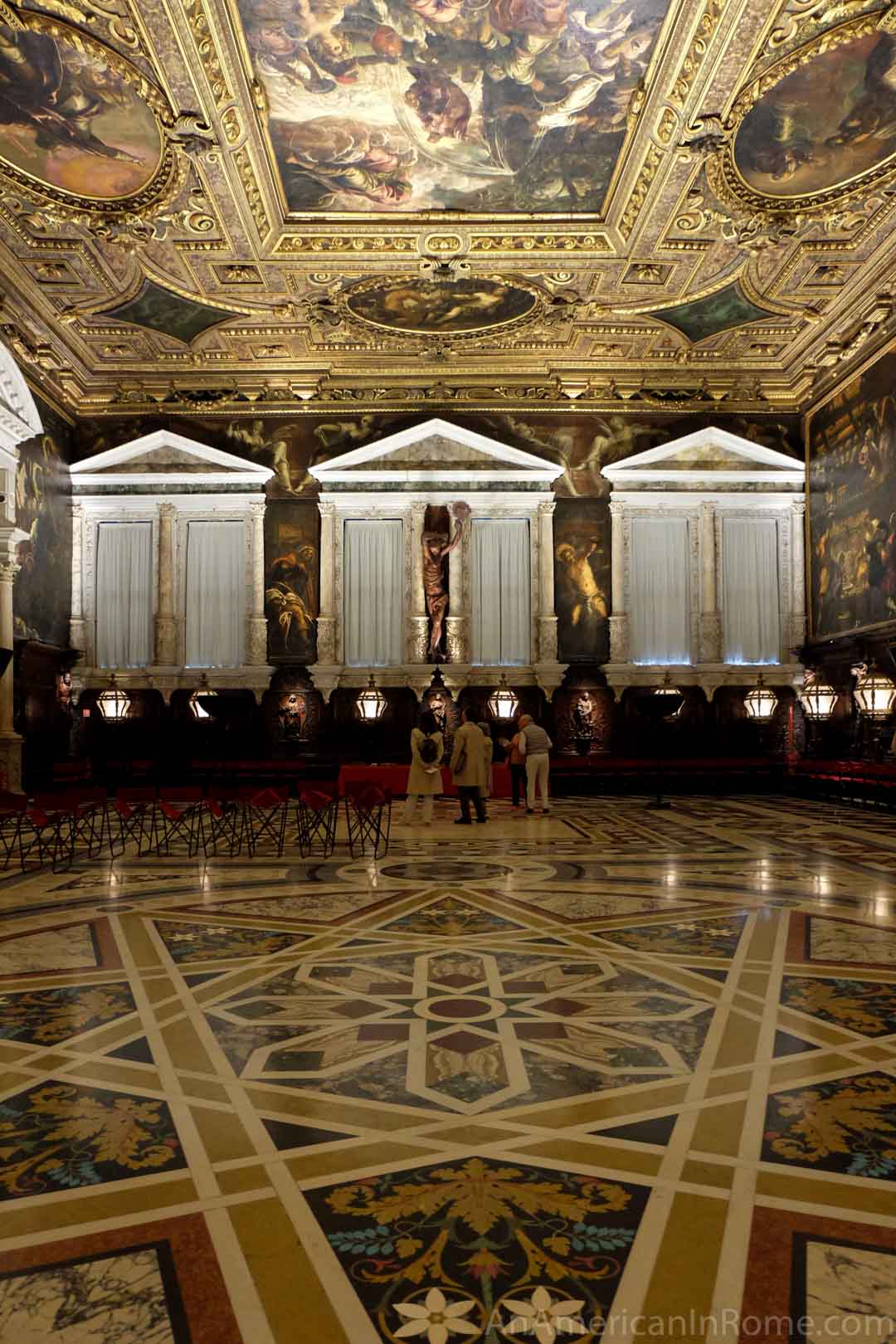 The Scuola Grande di San Rocco was established in 1478 as a confraternity – a word that I 100% had to look up to understand. A confraternity is a religious (usually Christian) organization composed of volunteers. Rather than being lead by priests, the Scuole Grandi (there are seven in total) were established by wealthy Venetian citizens with the aim of furthering Christian works. 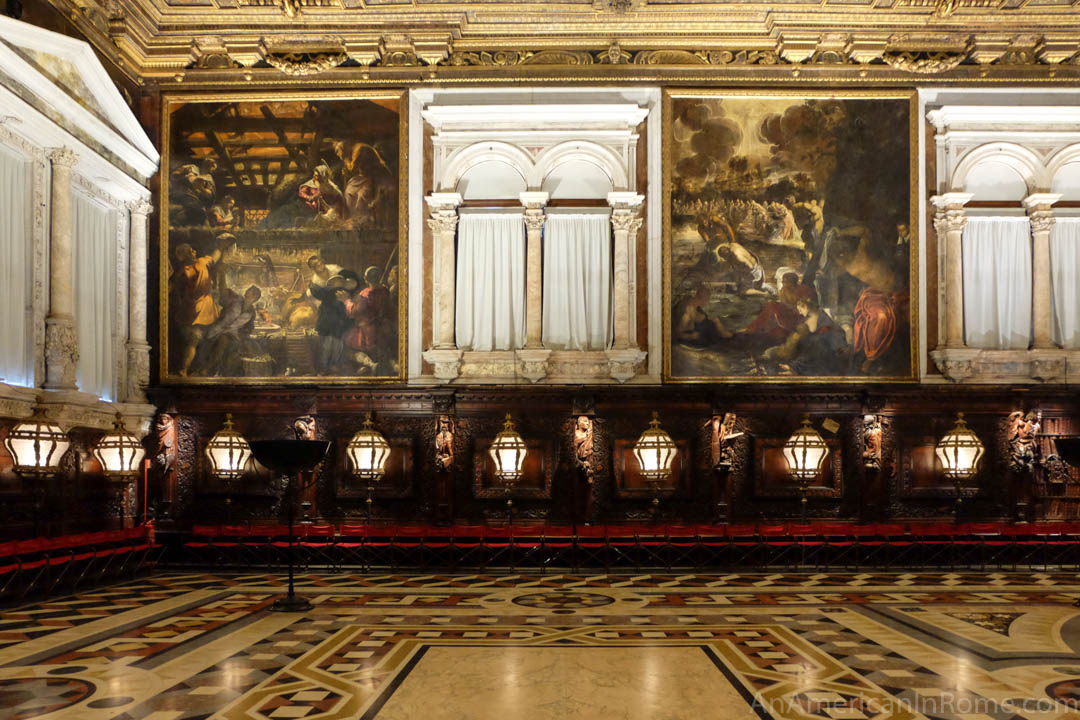 The Scuola Grande di San Rocco was dedicated to Saint Roch – who was believed to offer protection against the plague. The remains of the saint are kept in the neighboring church, the Chiesa di San Rocco. The saint is celebrated each year on 16 August, with a procession and mass. 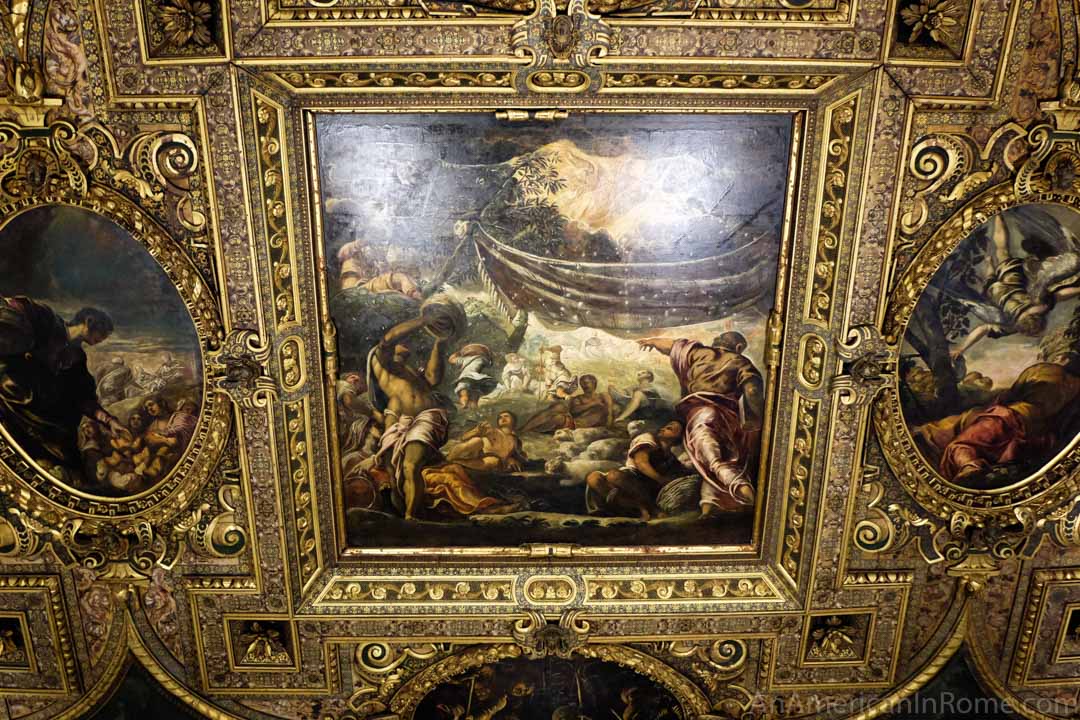 However, any day is a good day to visit the stunning Scuola. The building is especially famous because it is where Tintoretto worked for more than 20 years. The interior is full of his paintings, and many are considered to be some of his most important masterpieces. 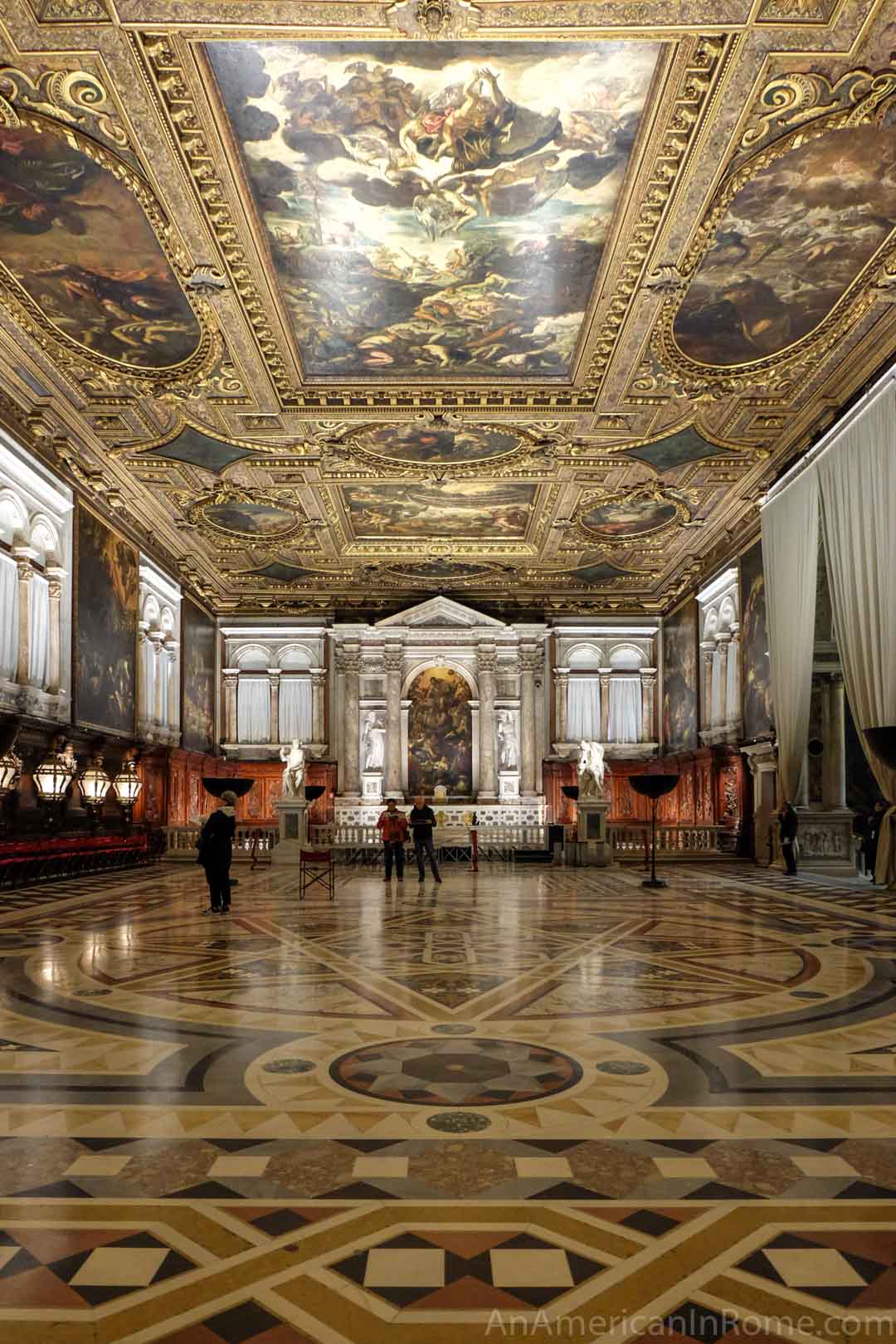 The ground floor hall sometimes hosts special exhibits but the real star of the show is the Sala Superiore on the upper floor. This is where the fellows would meet and the expansive room that Tintoretto was commissioned to provide paintings for starting in 1564. 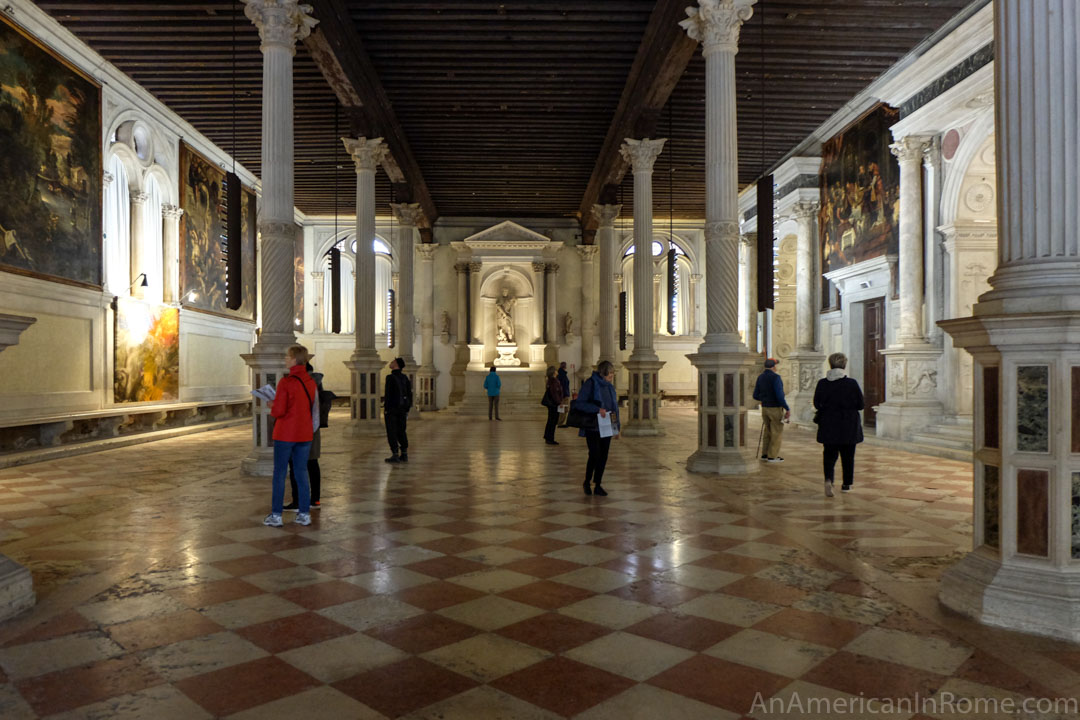 Given the history of the confraternity, the paintings are all scenes from the Old and New Testament. They are some of the best of Tintoretto’s typical style – dark, moody, and dramatic. 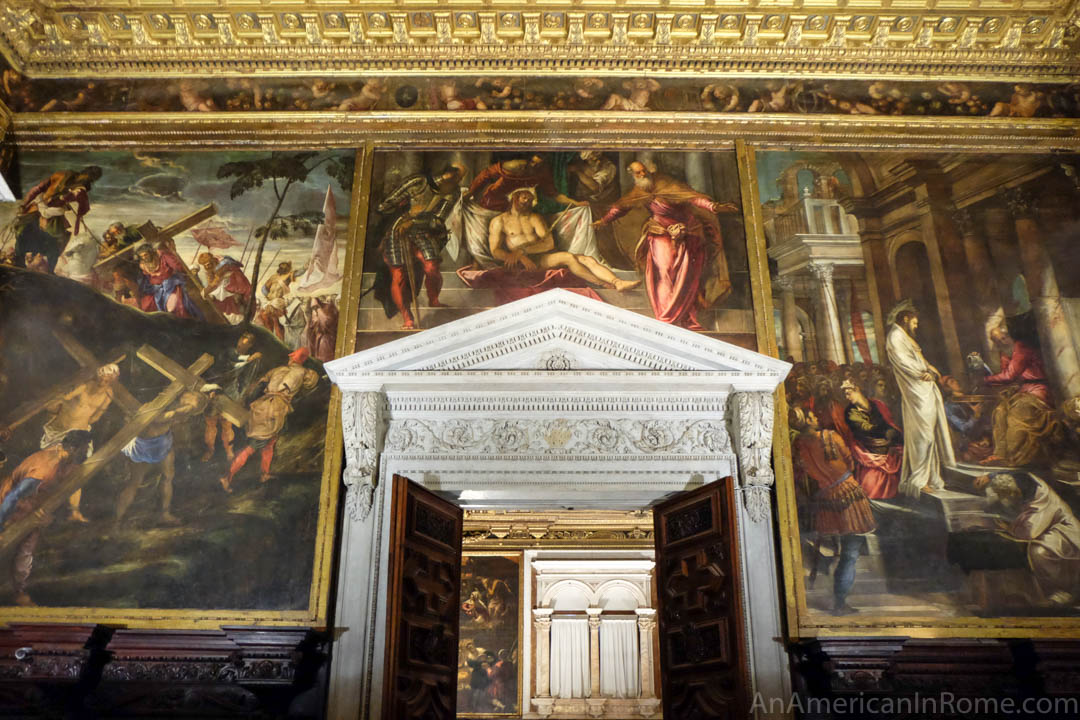 His use of perspective is incredible – and that is one of the reasons that you really should visit the Scuola Grande di San Rocco: in life, one has so few chances to see art in the location it was created for. Most artwork is scuttled off to private collections and famous museums. However, Tintoretto created these paintings specifically for this room. Everything is intentional.

And that is not to say that Tintoretto is the only reason to visit. I was completely taken by the intricated marble floors as much as by the opulence of the ceilings. There are also works by Titian and Tiepolo. 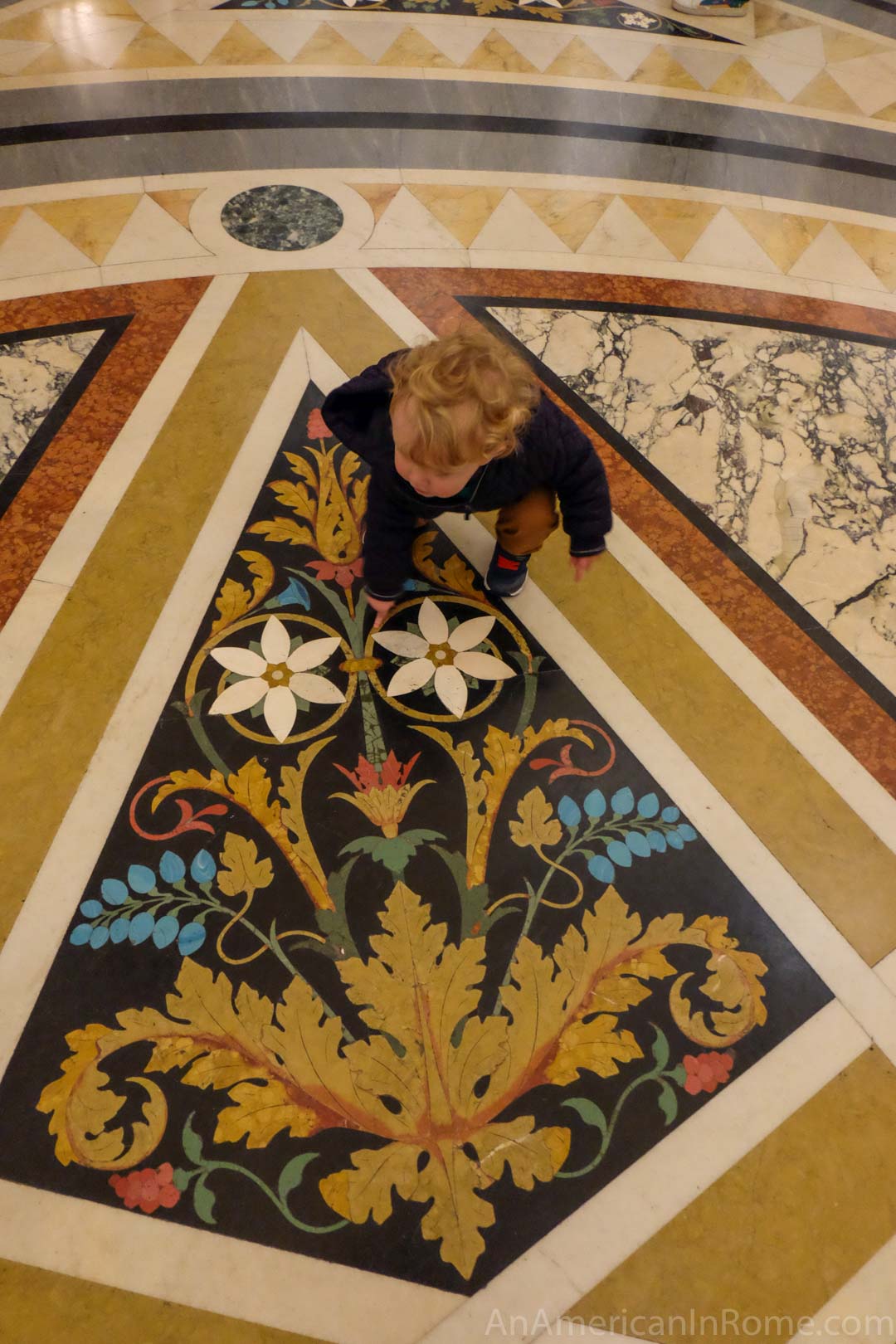 The Scuola Grande di San Rocco is composed of the ground floor, a grand staircase and the two upper rooms open to visitors. You can easily visit in 30 minutes (though you are welcome to stay longer). It is less than a 10-minute walk from the train station, and about the same again to St. Mark’s. 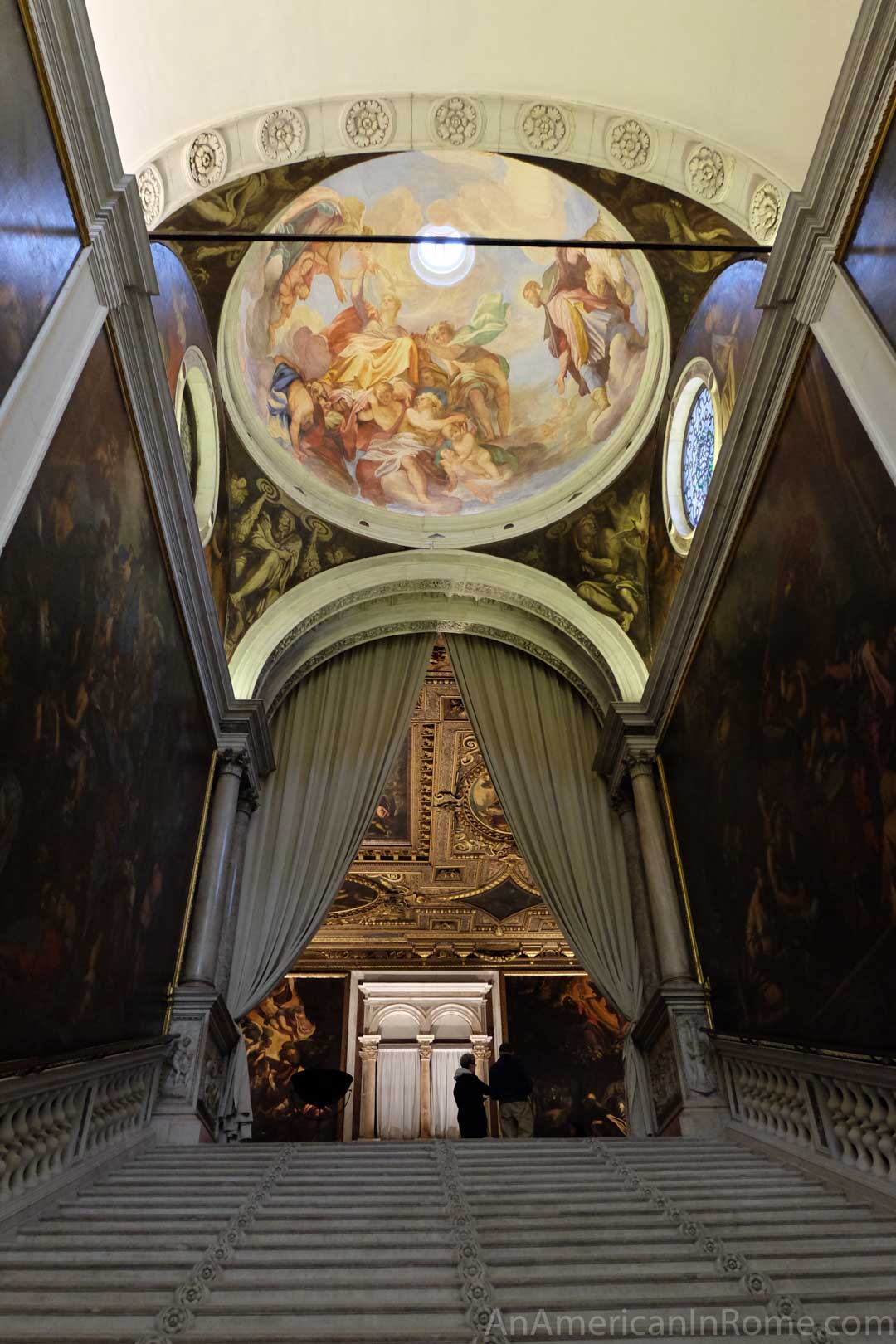 If you would like to see more of Tintoretto’s work in Venice at a much more off-the-beaten-path location, I highly recommend the Chiesa dei Gesuiti – a church that is also sometimes known as Santa Maria Assunta.

Open Everyday, except December 25 and January 1.

Cash and credit cards accepted and tickets can be purchased on the spot. The Venezia Pass is not valid here.

The Scuola Grande is still a confraternity today and continues its charitable work. The cost of the tickets helps to maintain the extraordinary building. 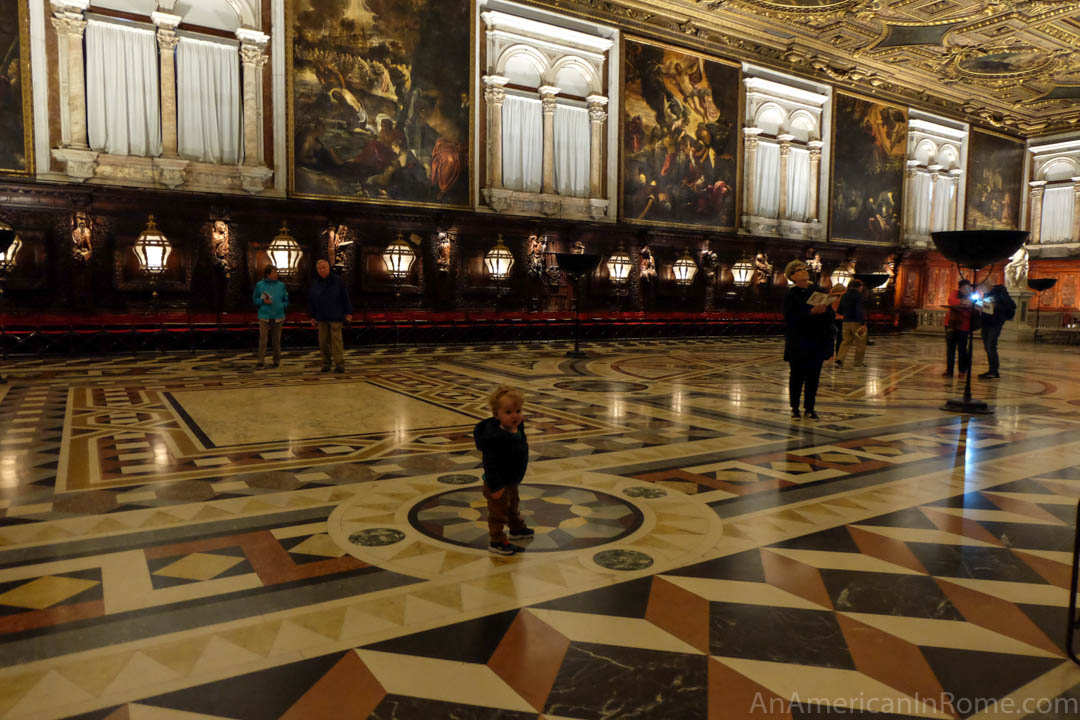