I rely on Uber a bit too much in Rome… mainly because the attitude I get from many of Rome’s taxi drivers.

But trying to take an Uber XL to Pianostrada was the wrong choice.

The poor van driver tried valiantly to navigate the vicoli (alleys) of Trastevere, before I told him to stop and let us out.

It was impossible. Pianostrada must be accessed on foot. 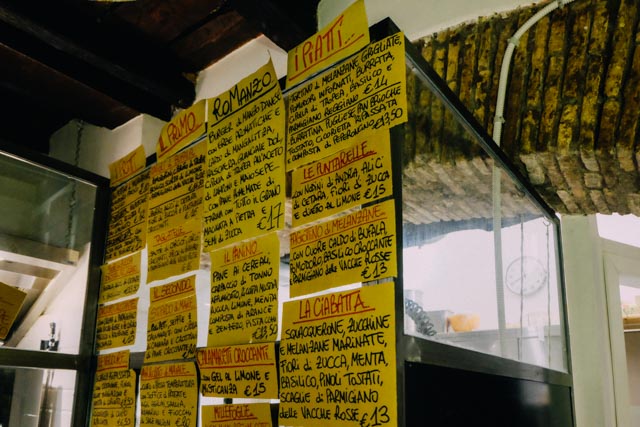 I have passed by this small cafe many times on my way home from the Gianicolo. 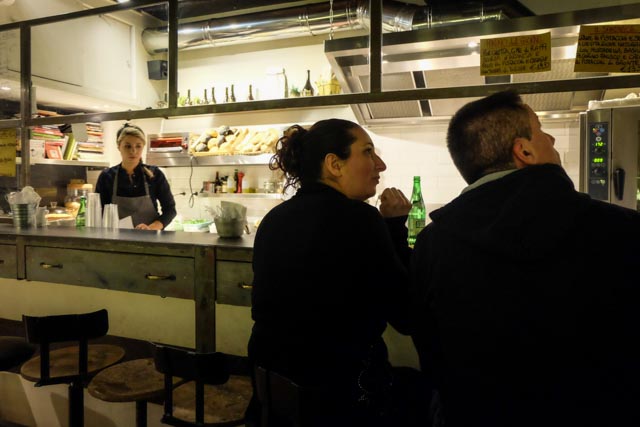 We finally sat down to eat in the tiny restaurant and it was humbling.

What an idiot I was for not having visited sooner. 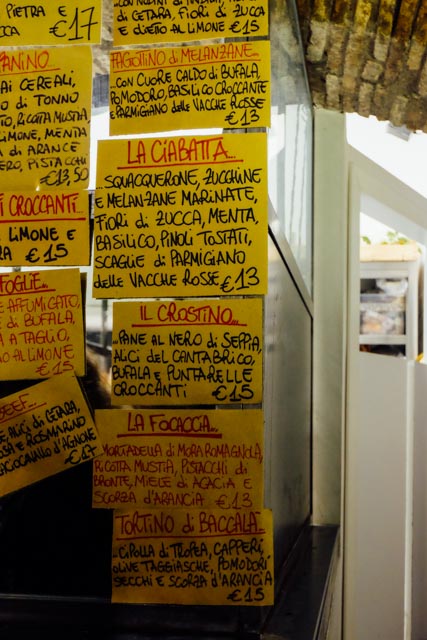 Pianostrada is the work of 4 women, passionate about good food. They have managed to turn a few square feet into a little oasis of tastiness along Trastevere’s small alleyways.

The handwritten menu is posted on the glass wall that portions off the kitchen, and is focused on seasonal produce as the basis of the dishes. 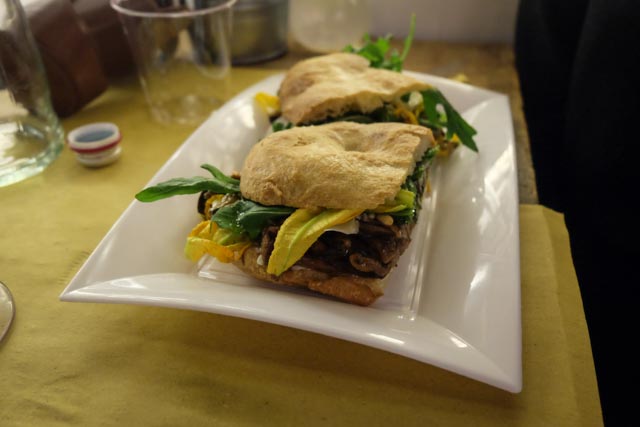 Marinated eggplant ciabatta with fiore di zucca? Don’t mind if I do!

Hands down the best pasta I have had in Rome in the last year. Easily. 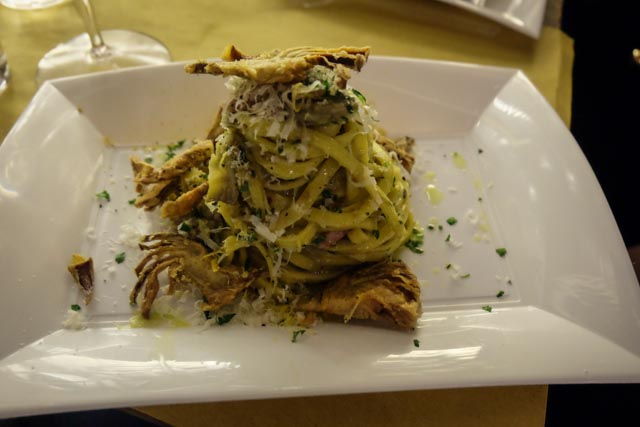 The dining experience is casual and no-frills, with the focus on the flavors.  For the low key vibe, the prices are a bit higher than nearby cafes, but the food is on a whole other level to justify the small premium.

The cozy spot would also be perfect for solo diners, who can sidle right up to the bar and have a great view of the preparations. 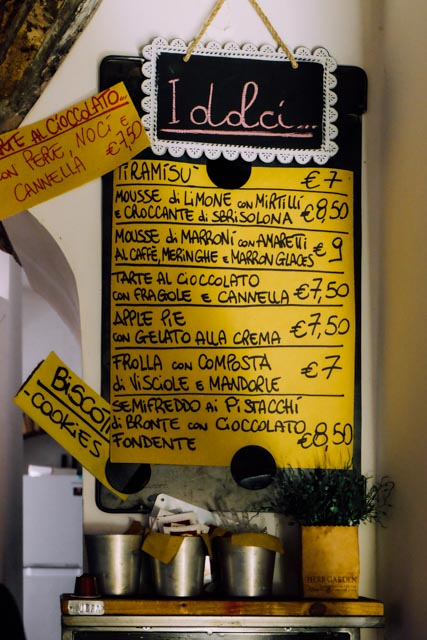 I didn’t have room for dessert, but that frolla was might-y tempting. 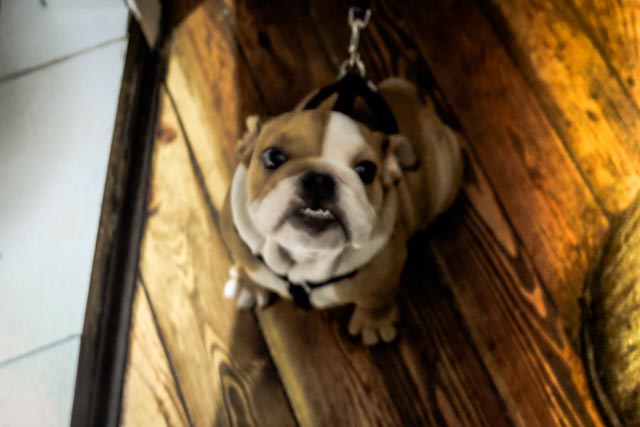 Luckily, my sweetness craving was satisfied by Gina- the adorable bulldog puppy with an underbite, who cannot for the life of her stay still enough for a photo while she hangs out in the back.

UPDATE: Pianostrada has left its Trastevere location. The new address (as of November 2016) is:

4 thoughts on “Pianostrada: Pasta and Panini in Trastevere”