Allow me to recount for you a miracle of miracles: Once upon a time, I paid the correct price for a taxi from Rome to the airport.

There are plenty of “rules” that “regulate” taxis in “Rome.” These rules and regulations set the starting fare and rates within Rome. Outside of the center of Rome, the rates change depending on the zone in which you are driving.

Finally, rates to and from Rome and the two Rome airports (Fiumicino and Ciampino) are set.  But the definition of “Rome” matters.  In this case, it is defined by the Aurelian walls- the ancient city limits. 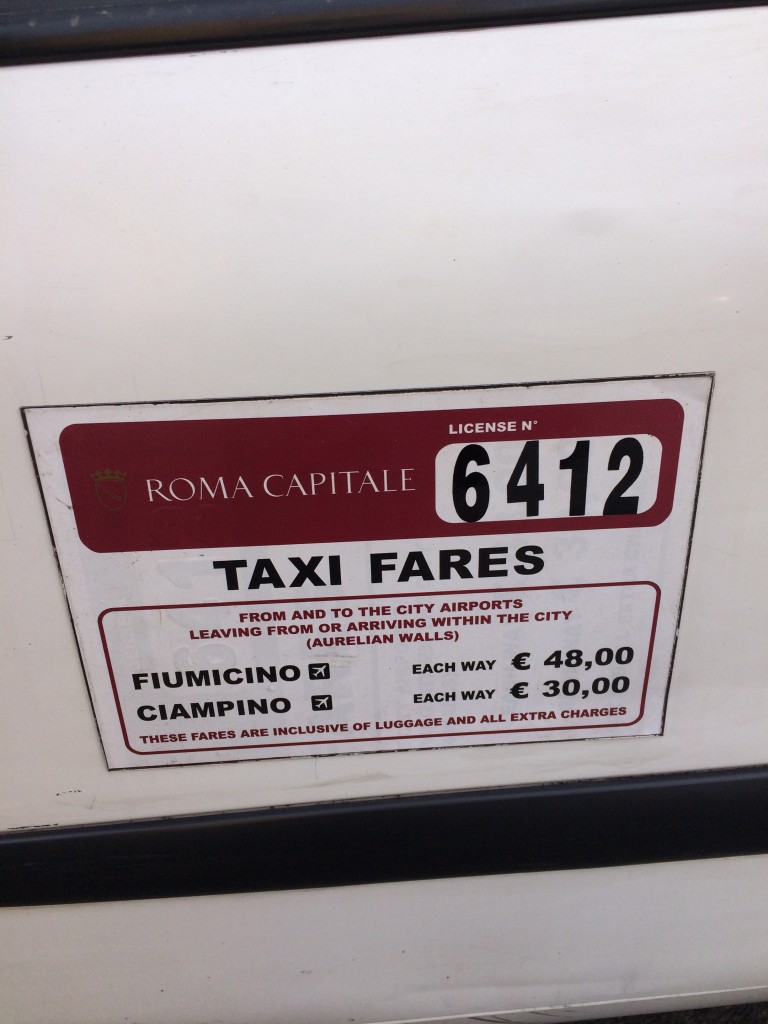 From the center of Rome, the price for a taxi to go to or from Fiumicino Airport is 48 euro.  (Fiumicino is the main international airport, and is sometimes called Fiumicino Leonardo da Vinci airport).

From the center of Rome to or from Ciampino airport is 30 euro. 30. Not negotiable. For the past couple of years, I have had a lot of trouble with taxis at Ciampino (where most of the low-cost flights like RyanAir depart from). The drivers there seem to have agreed to up the price, cartel style, trying to say they will only take you to the center for 35 or 40 euro, even when the set price is clearly marked on the taxi door.

If you want to be sure of the price, you can pre-book a car transfer from the airports with a company like Welcome Pickups. It is the exact same price as a taxi from Rome’s main airport (€48 from Fiumicino), with the added bonus that there will be a driver waiting for you with your name on a placard.

However, one morning, not so long ago, we paid even less, because we were technically about 30 meters outside of the Aurelian walls, at Piramide metro station.  The kind-hearted driver used the meter, as he should. He even gave us a receipt for the trip to Ciampino airport:

Taxi: €26.40
Not having to argue with a Roman cab driver for once in my life: priceless.

Tip: when you want to take a taxi within Rome’s city center (centro storico), always insist on the meter.  Do not take the taxi driver’s kind offer to take you from Termini to the Spanish Steps for the low low cost of 15 euro.  Use the meter, or find another taxi. An official white taxi, of course.

Remember that it can be hard to flag down a taxi on the street.  Cabs are only really allowed to stop for a pickup when you call and order one, or if you walk to an official taxi stand.  Taxi stands are easy enough to find… but most cabs will pull over if you indicate that you need a lift. 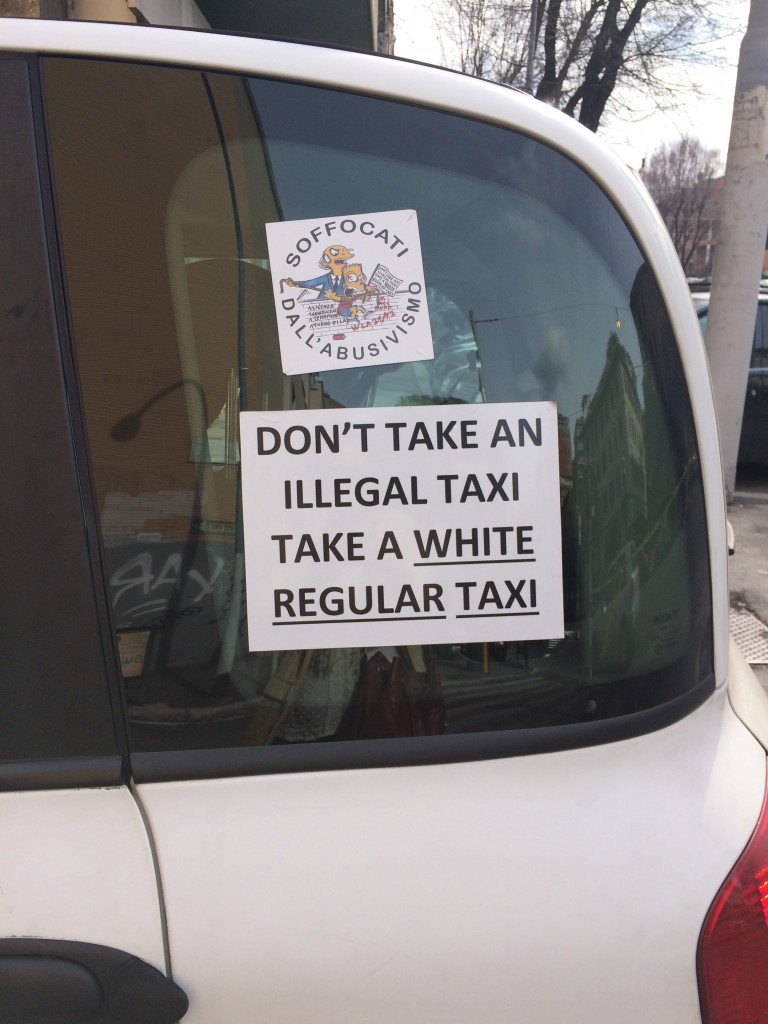