I love the San Lorenzo neighborhood.  It’s a bit off the beaten path and has plenty of cheap eats like Super Pizza.  With a plethora of traditional, affordable restaurants, we had long raised a wary eyebrow at the modern design of Pastificio San Lorenzo. (These phone pictures won’t do it justice).

The cool, contemporary restaurant is built inside a reclaimed building that was once an industrial pasta factory. 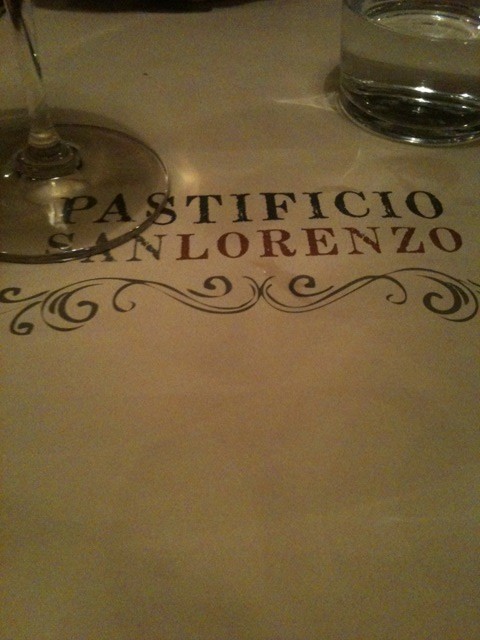 After sitting down for a meal, let me be the first to say: I was wrong. I don’t know why we put off trying it for so long. It was fabulous.

Part of my new found love for Pastificio San Lorenzo is the decor.  I felt at home. Trendy and retro at the same time.  The type of decor I would expect to see in California.

But as I settled into my surroundings, and sipped an (affordable!) bottle of prosecco, the food arrived. 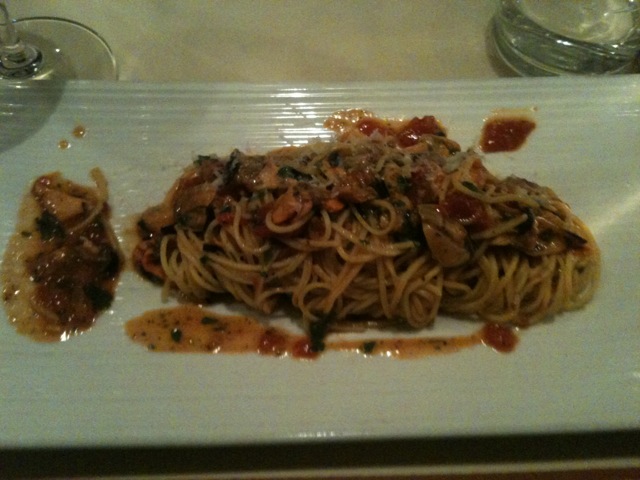 We had the tajarin pasta with cozze (mussels) and pecorino. I had never tried tajarin before, which is from Piedmont. Al dente, with the sauce cooked to perfection. 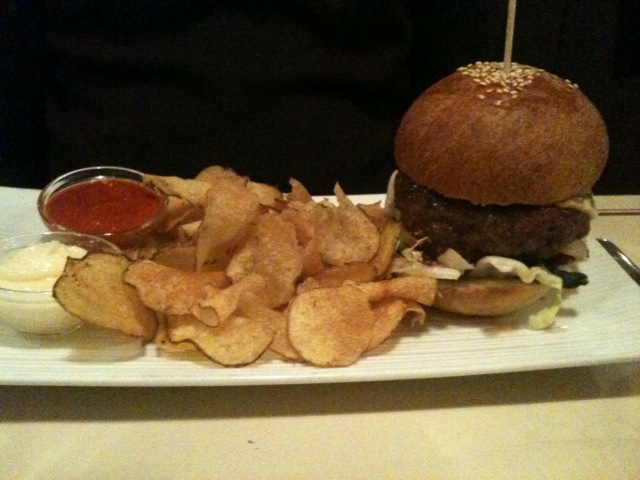 And the burger with chips.  For this part of the meal, you need to know two things:

1. Those are the most expensive chips I have ever purchased. 5 Euro! For that side! They were just ok considering that price for a handful of snacks.

That being said, the chips were mediocre, and the burger was incredible. I only had a few bites, since red meat is still not my thing, but I am pretty sure they mix parmesan directly into the patty. So so good. 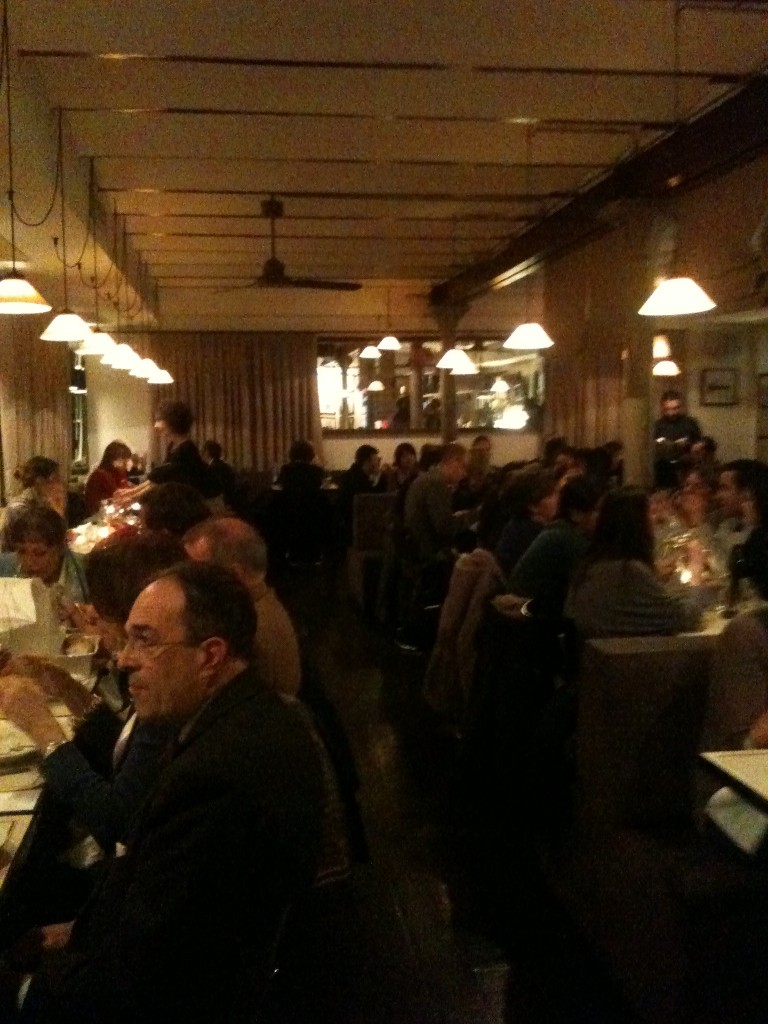 The place is packed every night, so it’s best to make a reservation.  Dinner starts at 8 pm, but you can pop in without a reservation for the aperitivo in the small lounge area from 7 pm. There is a standard selection of wine by the glass, but this is one of the places in San Lorenzo where it is safe to get a cocktail.