The other week, I was skipping along to the piazza and I paused at the corner.

Always pause at the corner. Those motorinos come out of nowhere, man.

As I stopped and checked for speeding vespa drivers with little regard for pedestrian safety, I smiled.  Right there in front of me was the cutest ‘No Entrance’ sign I had ever seen. 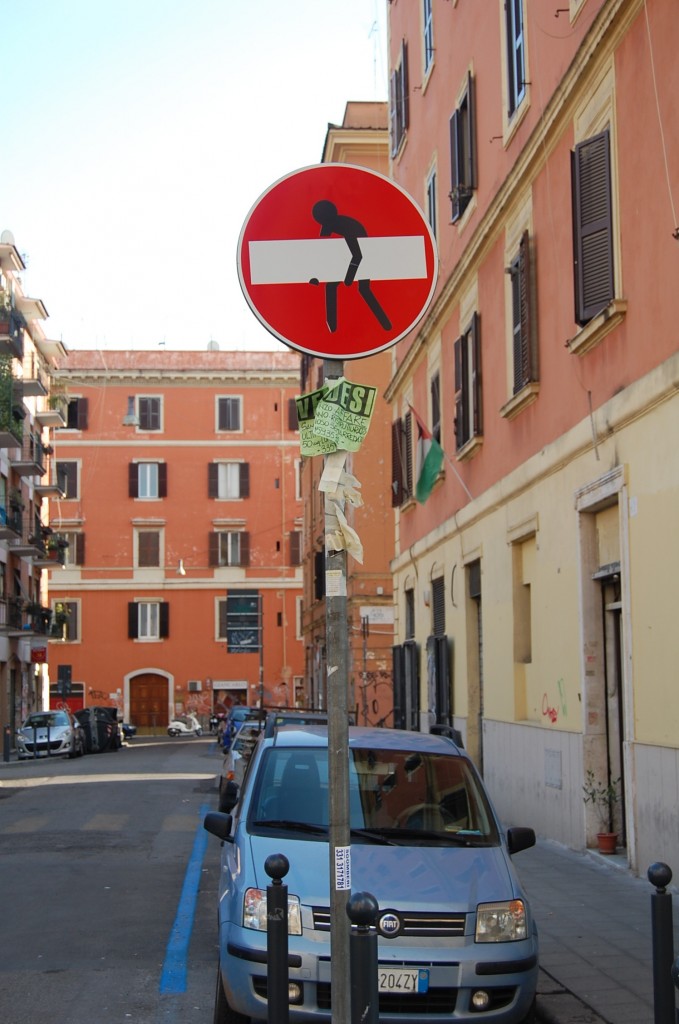 Someone had added an ingenious little man to the red and white traffic sign.

I think a lot of visitors to Rome are shocked by the street art.  You come expecting pristine marble ruins and end up seeing graffiti everywhere.  It’s easy to be outraged at the desecration of something so ancient, but this? This was clever.

I took a closer look and realized that I had seen this somewhere before: 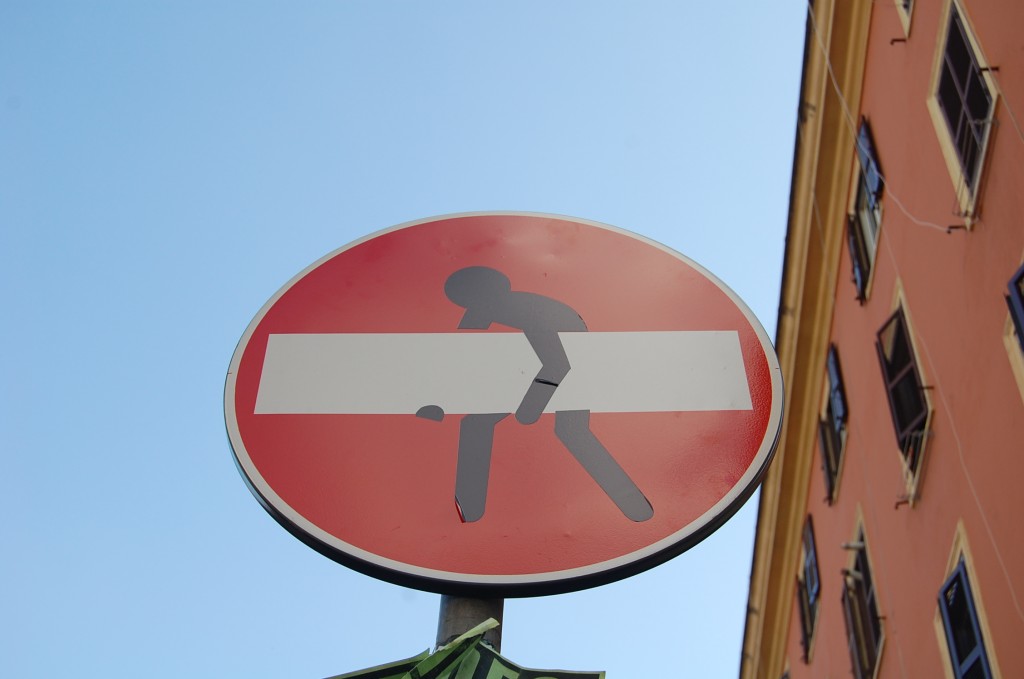 It’s art by Clet Abraham! I was reading about his work on TuscanyArts late last year.  I was under the impression that he only worked in Florence, but his street art is popping up in Rome. The signs aren’t just in San Lorenzo either.  I’ve seen other versions of his work (including the devilish arrow sign) in the centro storico.

Next time you’re walking around Rome, keep an eye on the road, the signs you see might make you smile.

Update: Here’s another Clet Abraham sign in the center- 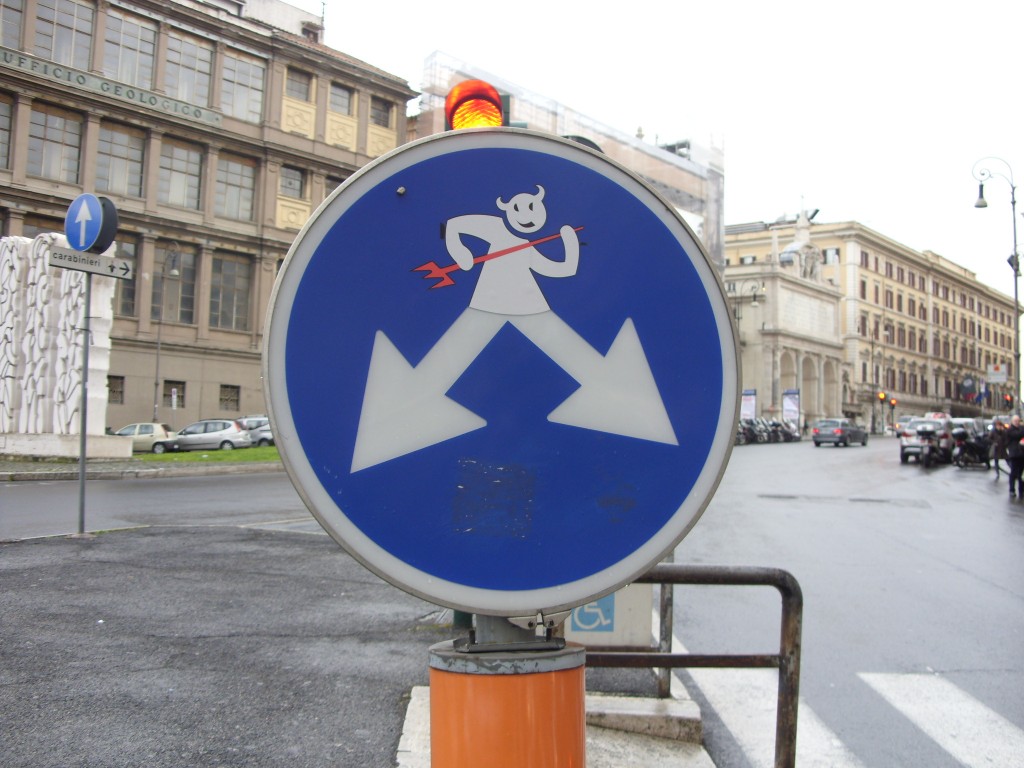 5 thoughts on “Clet in San Lorenzo”