Have I mentioned that I’m from California?

To me, there is no such thing as “alternative lifestyles.”  It’s not alternative, it’s simply whatever you yourself enjoy doing.

“You’re into vegan free-trade sword-swallowing at the Church of the Flying Spaghetti Monster? Cool.”

And old habits die hard. Do you have any idea how long it took me to find quinoa in Italy? I eat crazy California food and subscribe to crazy California politics, and I don’t see my soy-milk-drinking ways changing with any amount of time spent living abroad.

I used to live in Berkeley, which was the closest I came to achieving my goal of becoming a hippy.  I’m not kidding. It’s a real goal. People who know me well can vouch for it. I would love to hit the point where I can eschew materialism enough to truly live the peace and love lifestyle.

Unfortunately, I was born and raised in SoCal instead of NorCal, so it might take me a while to hit true hippy-dom.

That was a long introduction for a very simple and exciting discovery: I found the hippies in Rome.

As if to make me feel completely at ease, there was a small Italian child running free, wearing tie dye. TIE DYE. IN ROME.

The Hippy House, as I am fond of calling it, is an old creepy looking building.  But smells of grilling and tie dye clad children tempted me in the other day.

And man, am I glad I gave up on veganism. 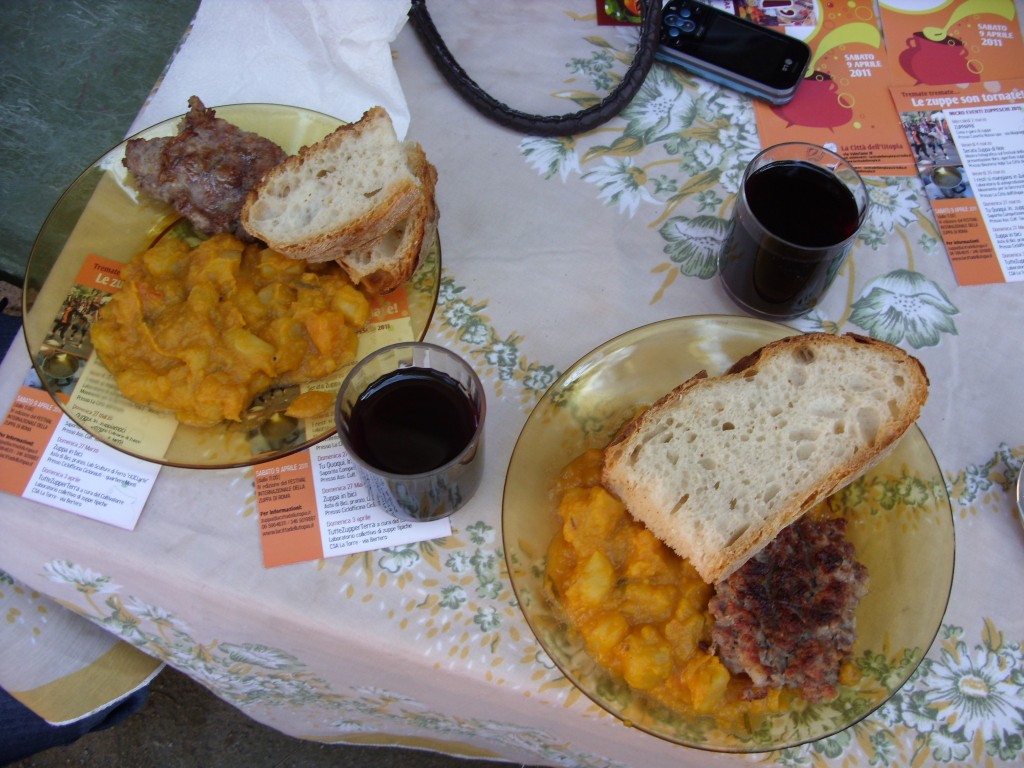 The Hippy House was serving lunch. For 6 Euro I scored “bio” (Italian code for ‘kind of organic’) sausage, bread, pumpkin and rosemary potatoes, and of course, wine.

I had to go back and get some scamorza when I could no longer resist the smell of grilling cheese.

All of our food was being prepared in the backyard. 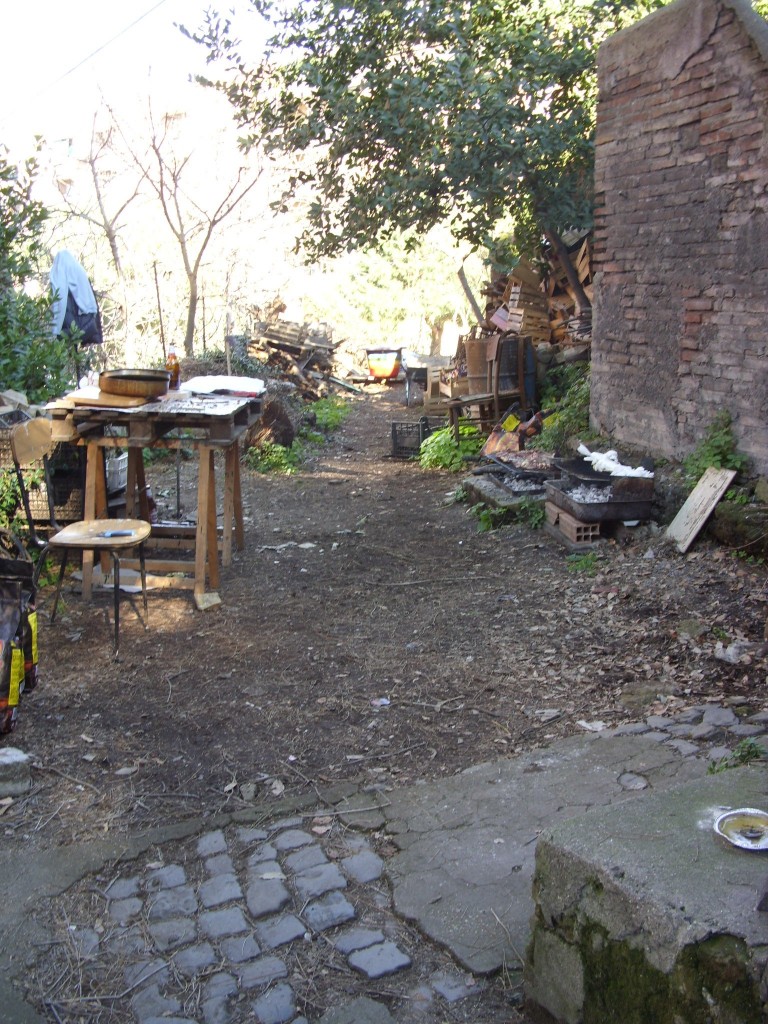 I can imagine the collective sigh of friends and family across the globe, saying “Good God, Natalie. Please tell me you did not eat anything off that strange grill just because someone told you it was organic and they were wearing tie dye.”