I have several bloggers to thank for my food finds today.

This morning, I set off for the San Paolo neighborhood of Rome.  It was a surreal walk from the metro to my alma mater, where I had been invited to give a short lecture. As strange as it felt to be back at school, the lecture went well (I think), I met some great students, and I got to explore San Paolo once more.

The Negozio Leggero- La spesa alla spina has opened in the time since I graduated but I’ve been wanting to check it out since Marina wrote about it ages ago.

The store allows you to buy in bulk, without the packaging.  That means, you can bring in your own containers or, if you are unprepared like me, tote things home in small paper bags.

Take a letter, and explore the store to figure out what you might need that day. 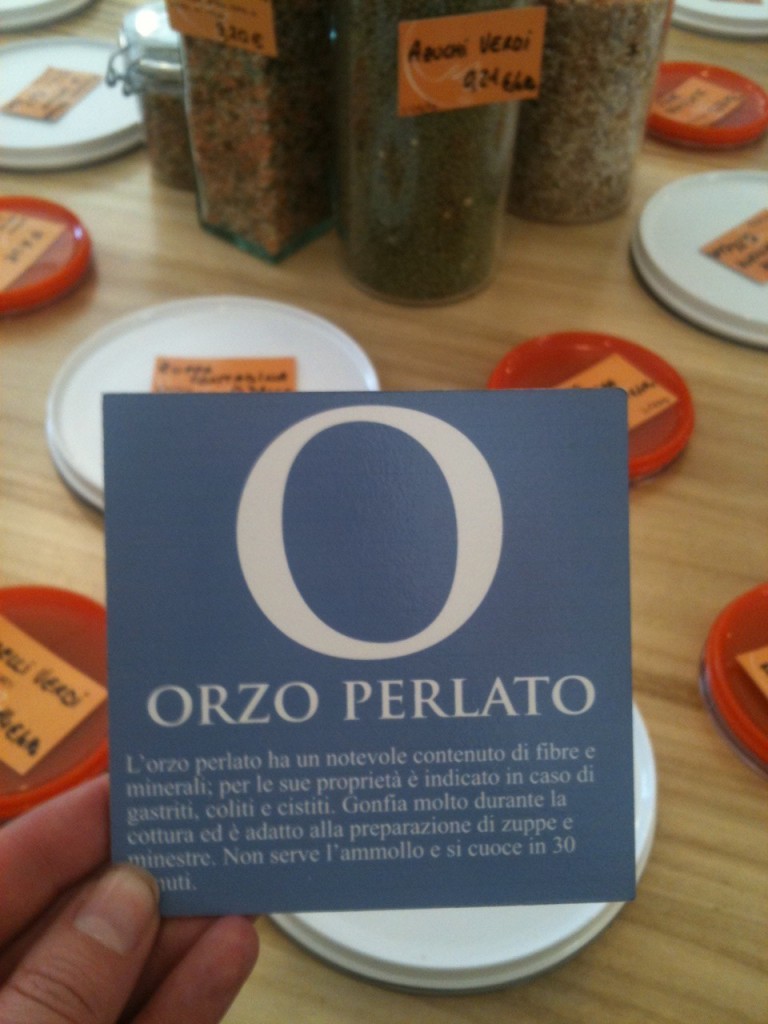 The letter corresponds to a product in the store. It also serves as your number to be helped, so listen for them to call it out.

Then, you can pick out a range of food, drinks and supplies. Like baking necessities: 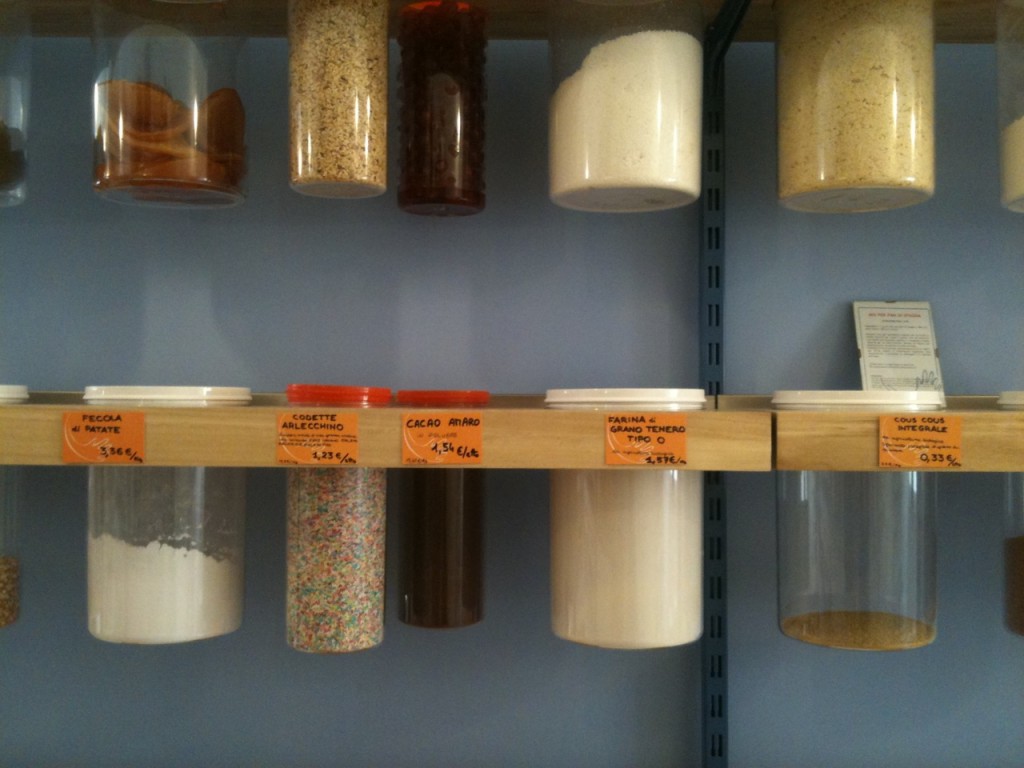 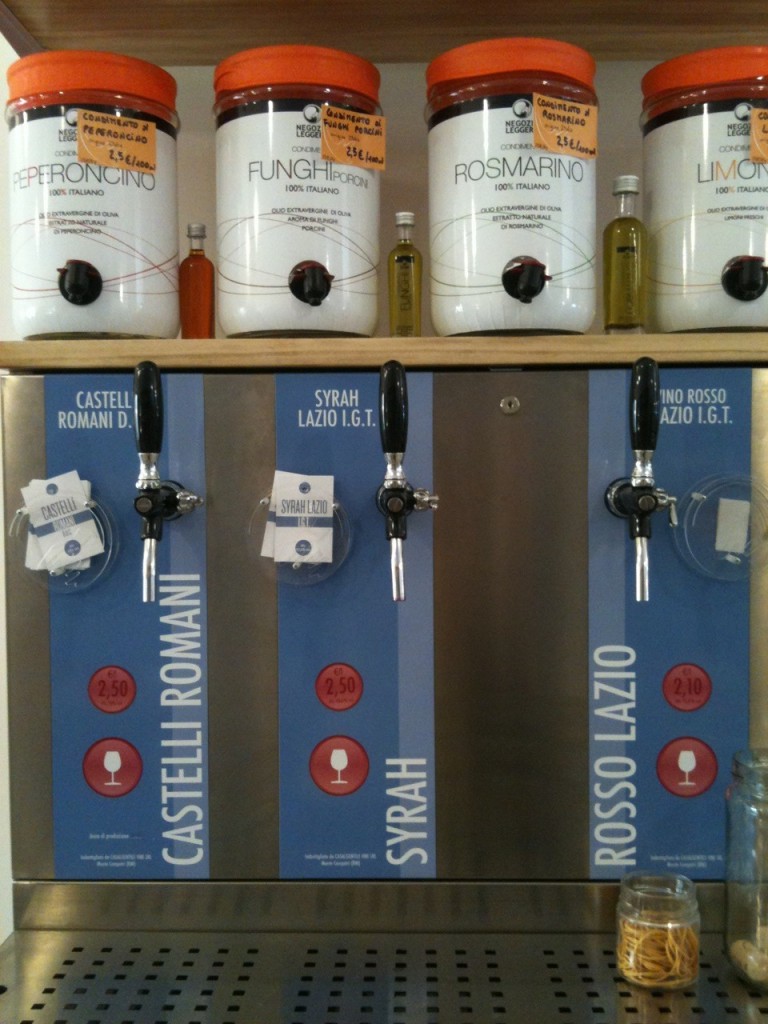 As well as cosmetics and home goods: 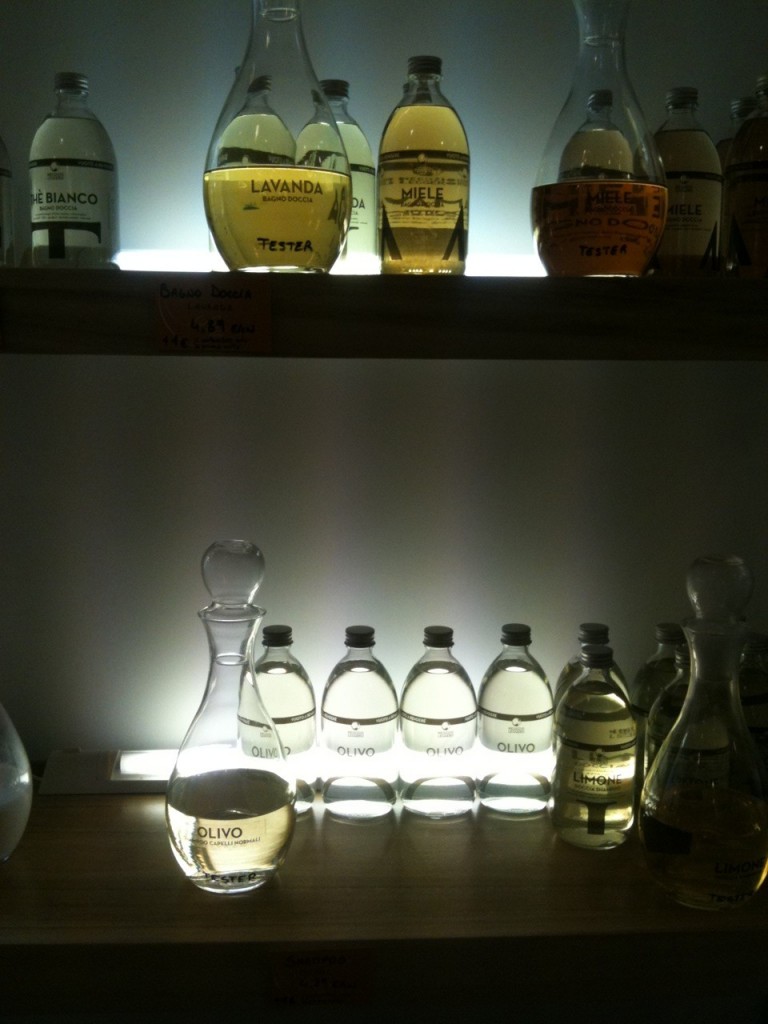 I left with quinoa, orecchiette, and plans to return: 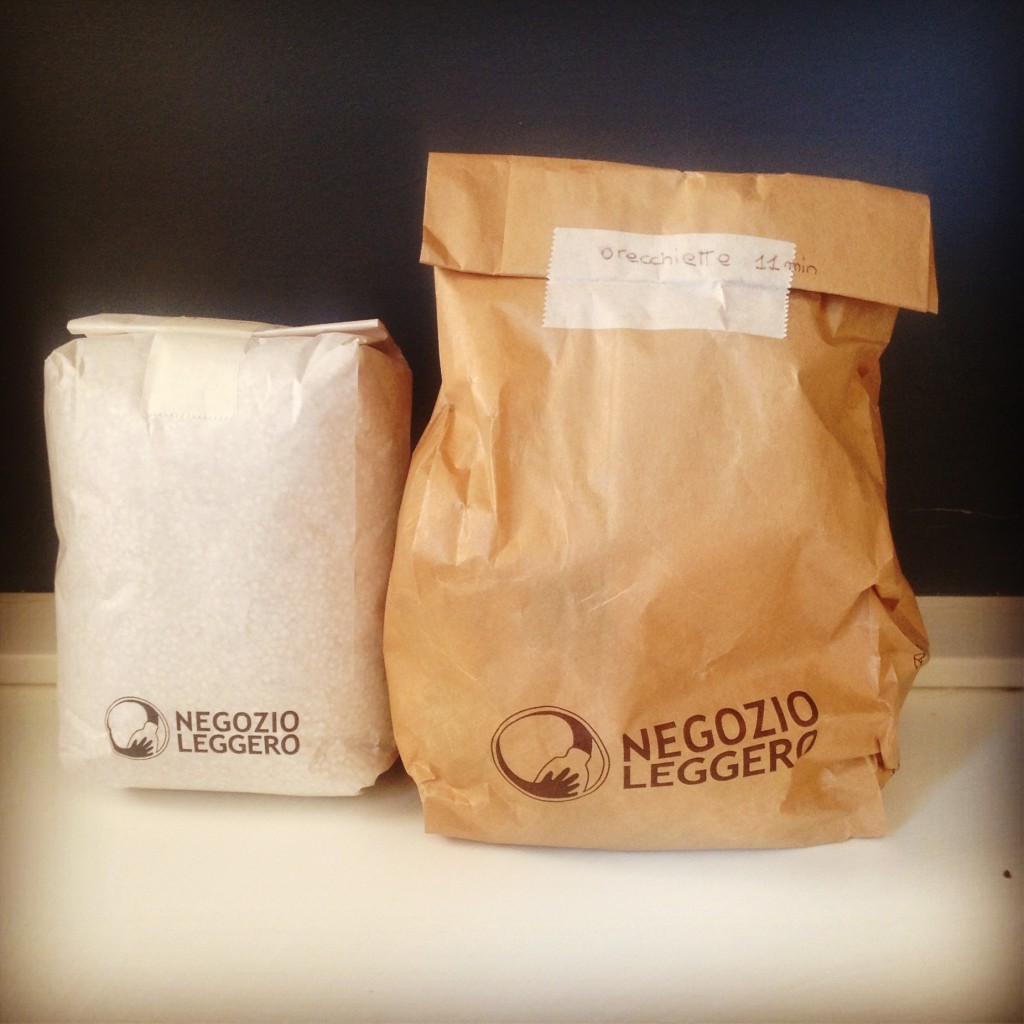 My second stop was the hippie house.  The hippie house is better known as the La Citta dell’Utopia.  On the third Saturday of the month they host a Mercato contadino terra/TERRA di San Paolo, from 9.30-16.00.

I was too early for lunch, but the merchants were already set up. Lucky for me because cherry/berry season has arrived seemingly overnight, so I obviously needed to stock up on local produce.

On my way back the down the stairs, I spotted a lone yogurt salesman.  I immediately recognized Yogurt Barikamà from The Rome Digest, which hosted a fundraiser for the small organic start up company last week.

So now I am on my way to the terrace to enjoy a light lunch and relax a bit after a hectic week. 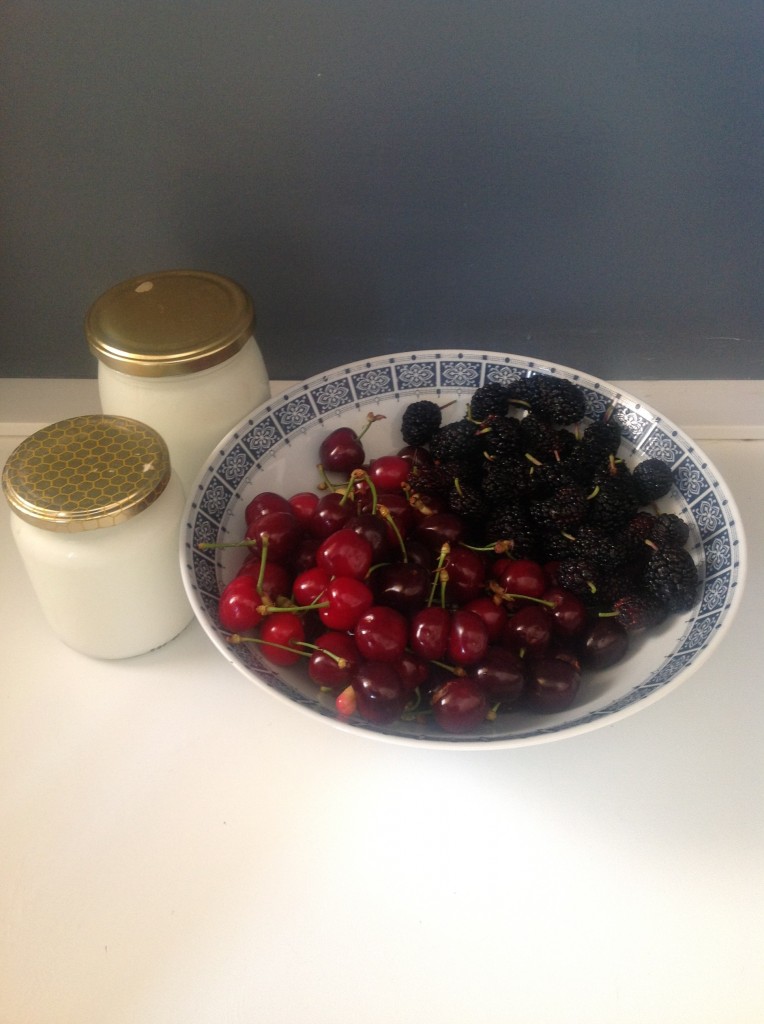 Thanks to Marina and The Rome Digest for the gastronomic guidance! 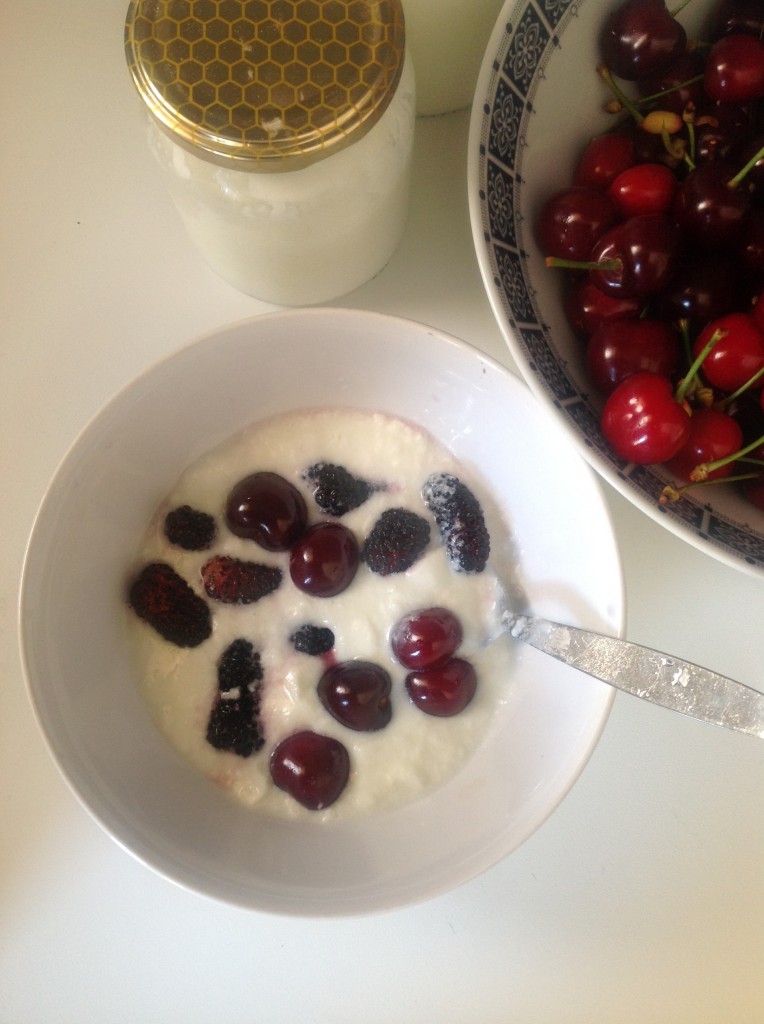 If you want to try these places out for yourself: