For those that have already explored Polignano a Mare, the fishing village of Monopoli, Puglia is surprisingly large by comparison.

The old town of Monopoli also feels refreshingly less touristy. Yes, there are plenty of visitors sitting at outdoor cafes but there is also more space and fewer beaches. This all translates into fewer crowds (but you can still find spots for sun-seekers on the rocks outside of the fortified old port walls). 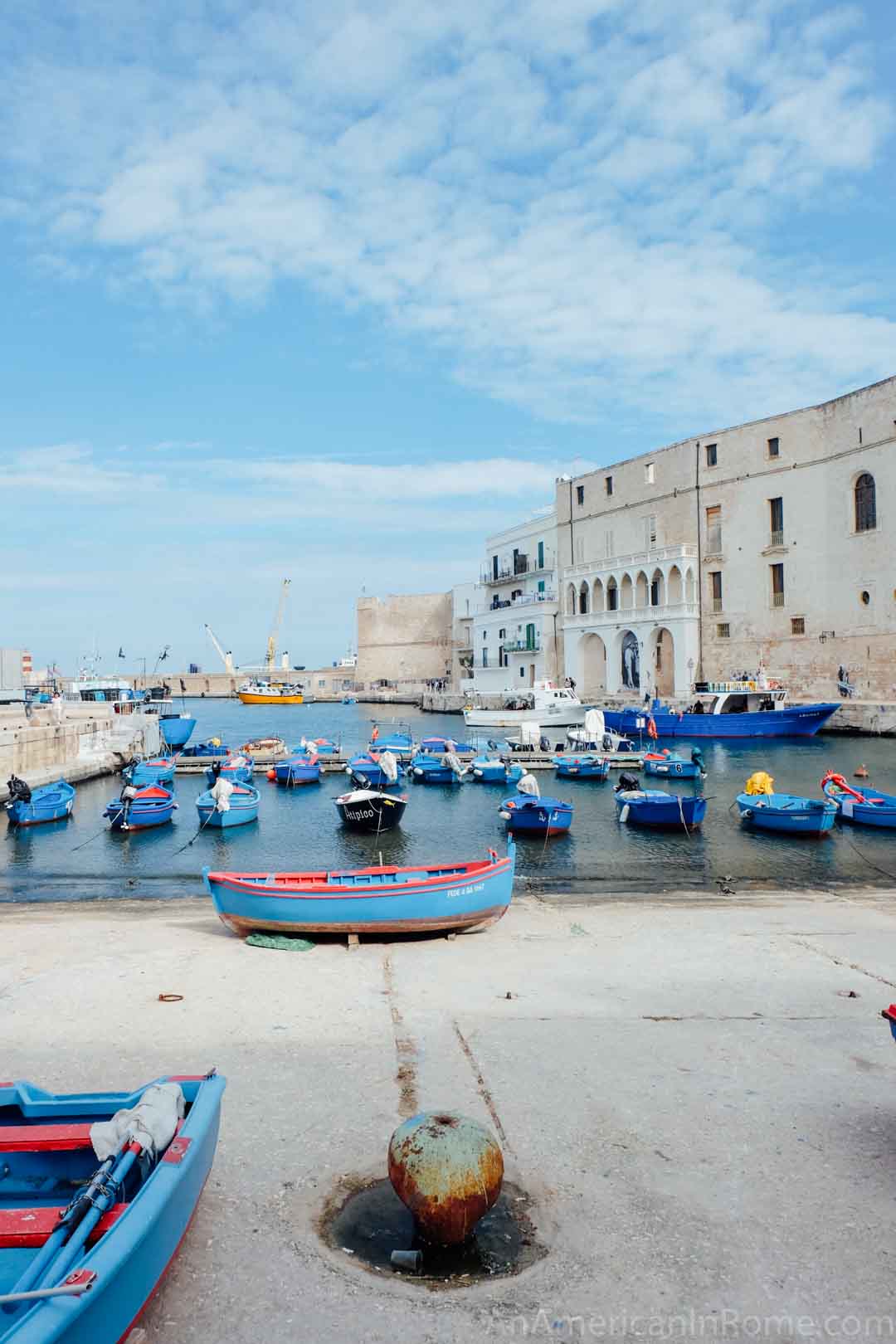 Monopoli, in Puglia – the heel of Italy’s boot, has been inhabited since 500 BC and it actually takes its name from the early Greek city that was founded here. “Monos Polis” means singularly unique. And the city still has that special, hard-to-find feeling that has faded from so many other Italian towns that end up on the main tourist routes. 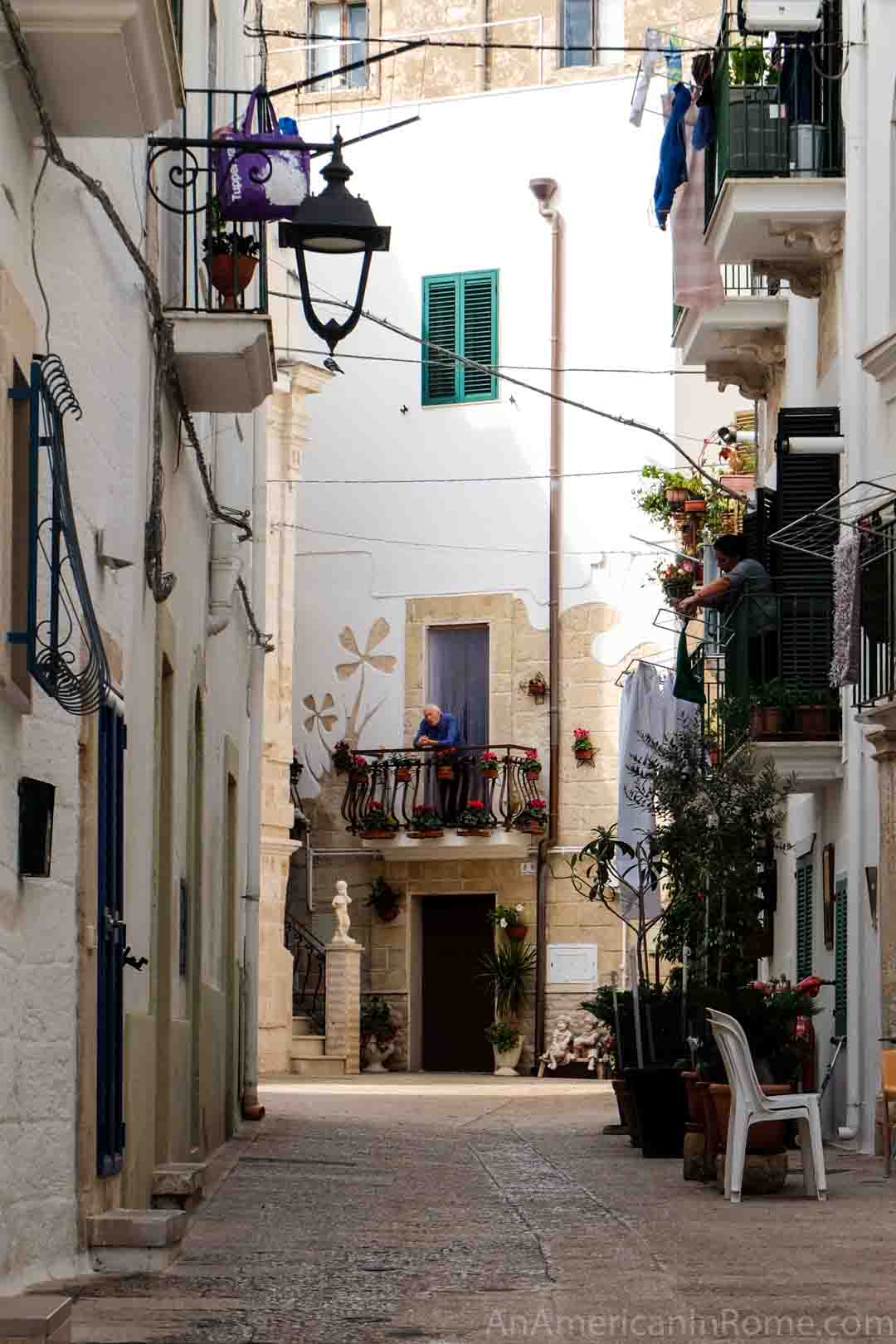 The town still feels lived in, and imperfect, which adds to its charm. This is still very much a port city. A bit like a quiet, fully beachfront Naples.

Like many of the towns in this part of Puglia, the Monopoli’s centro storico is built of white stone and dotted with other white-washed buildings, all of which contrasts perfectly with the bright blue Puglia skies. 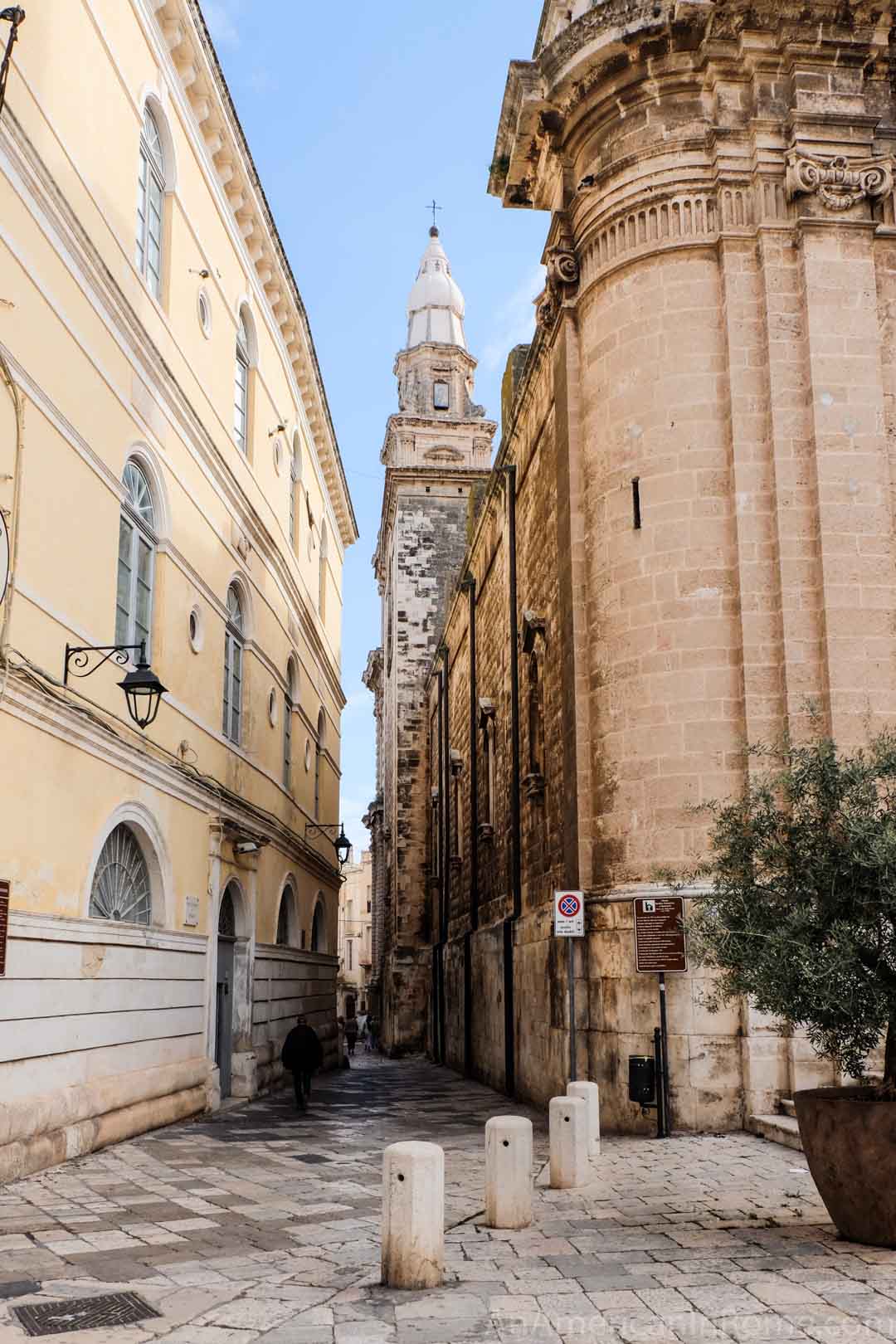 Around nearly every corner, there also seems to a be a stone church. Some are roughly-hewn, whereas others are adorned with carved reliefs and sculptures. 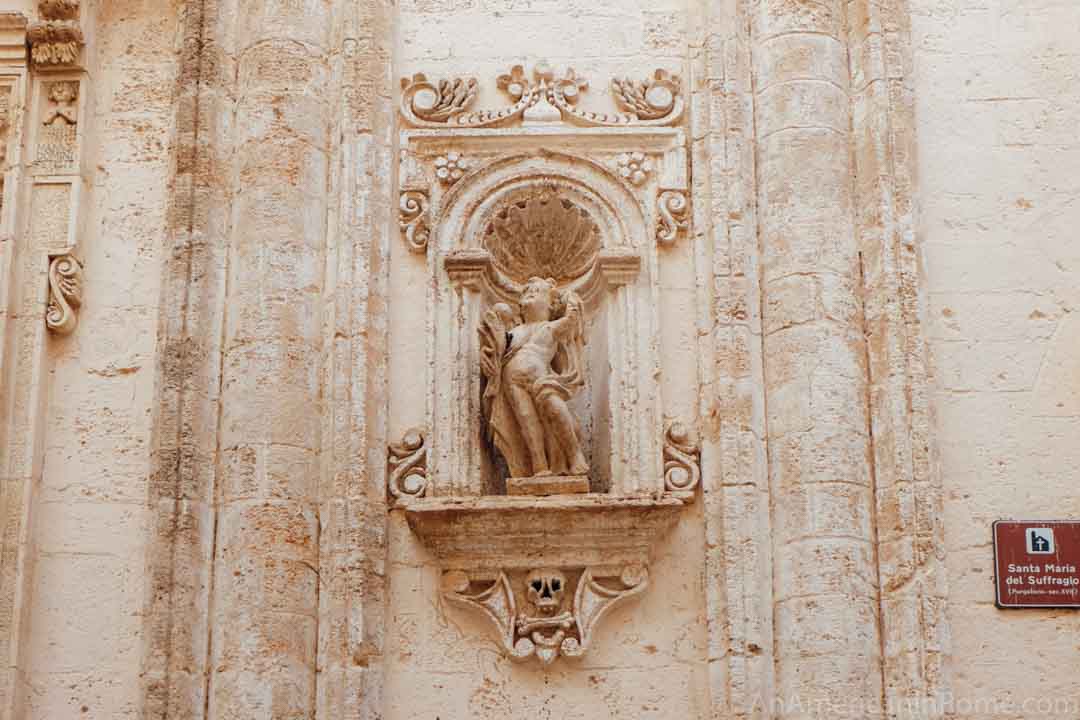 But best and quietest of all is the port. This is where you can come to walk along the water, watch the simple boats bob as the tide comes in, and stop to admire the fast handwork of fishermen repairing nets as they sit along the lungomare (seafront promenade). 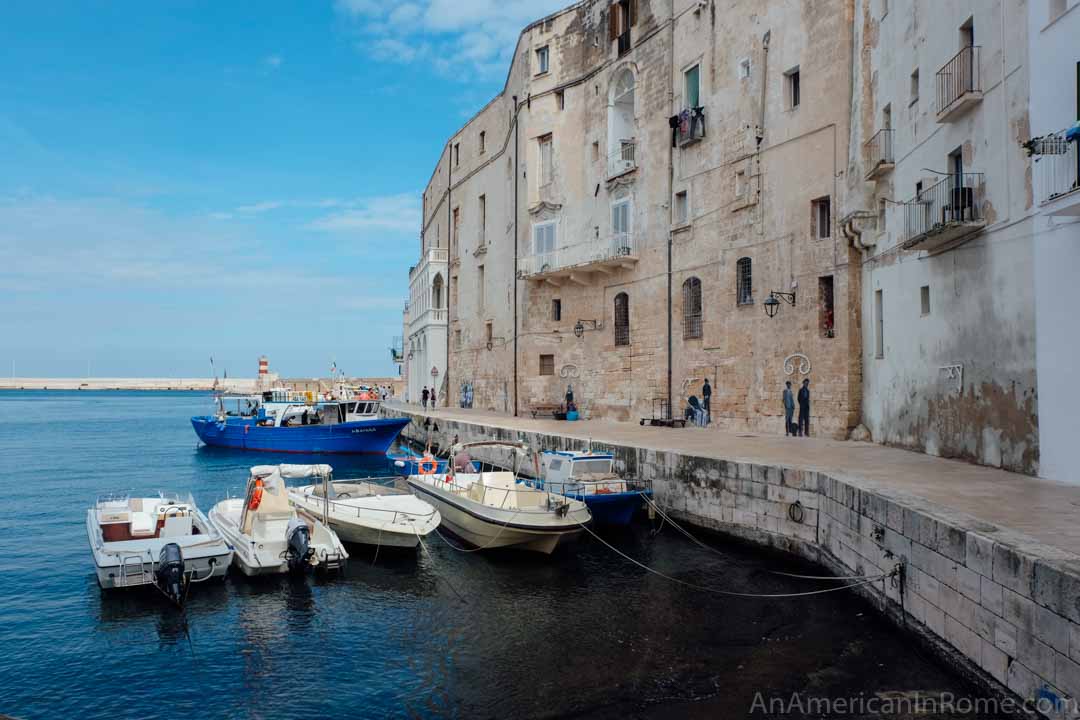 Best Things to Do in Monopoli, Puglia

Monopoli is a perfect base for exploring the area south of Bari in Puglia. It offers a quiet break from the crowded centers of other towns and has seafront property and plenty of quiet piazzas and restaurants. However, there are a few sites that you should be sure to see when you are visiting Monopoli. 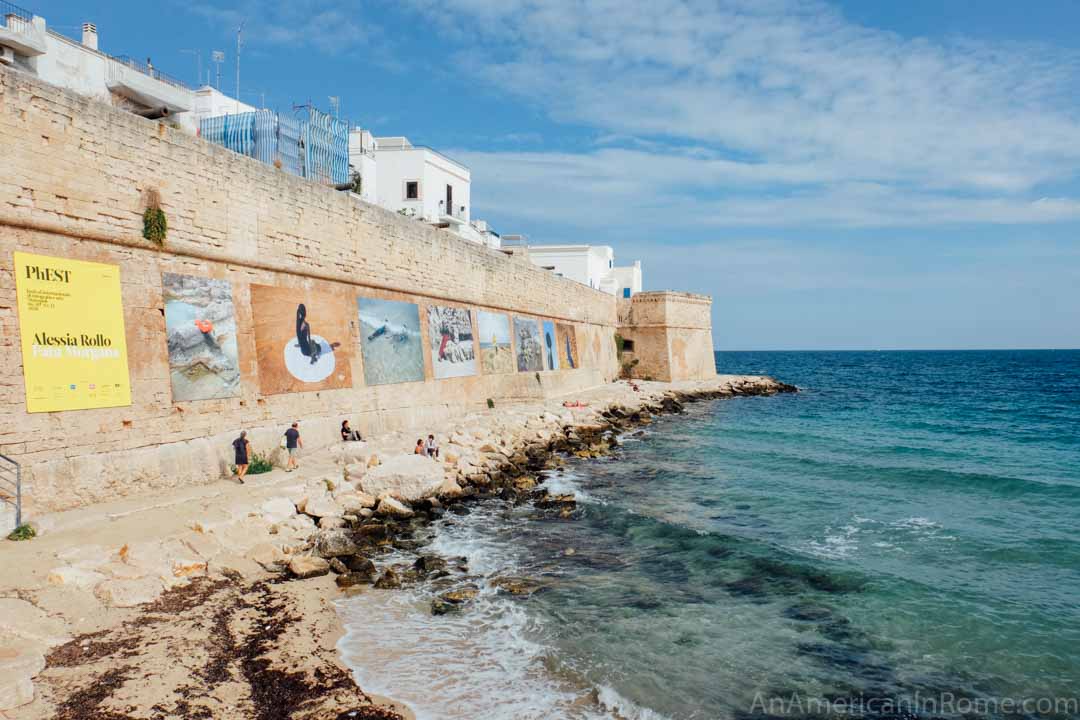 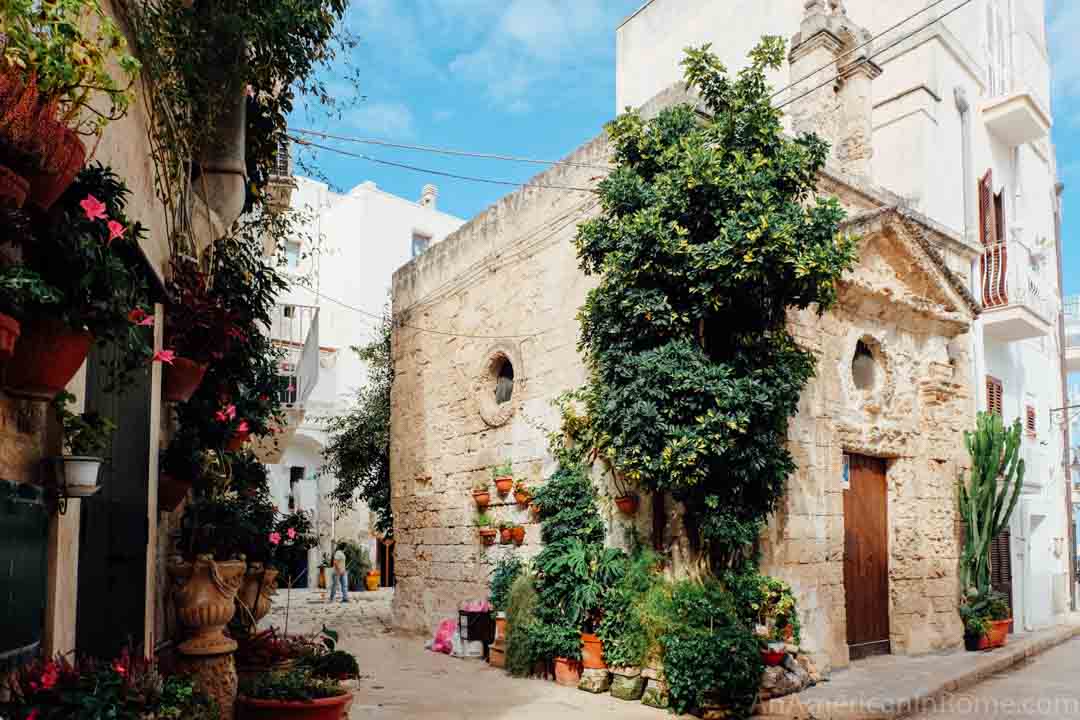 Where to Stay in Monopoli, Puglia 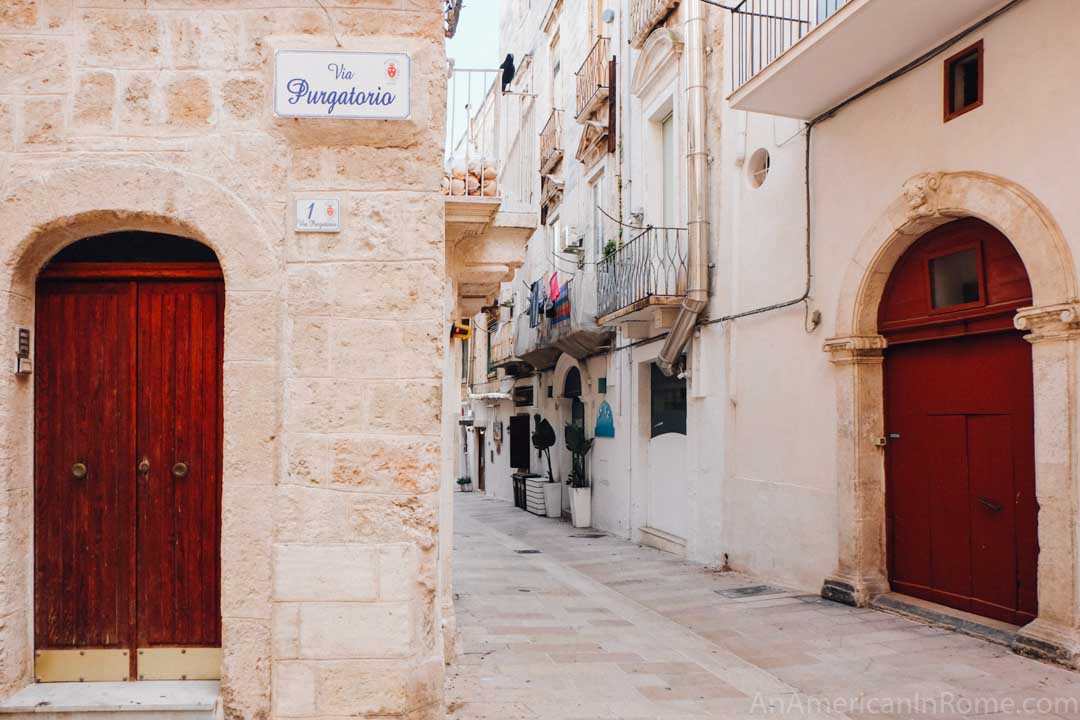 How to Get to Monopoli, Italy

A much more expansive modern town has grown up around the characteristic fishing port. The train station is much farther from the old town than in Polignano a Mare so be prepared for a 15-minute walk from the station to the centro storico. That being said, it is easy to get to Monopoli from Bari with a regional train that costs €3.10 and takes about 40 minutes. It is on the same line as Polignano a Mare (just one stop, or about 5 minutes further). Here is how to buy train tickets in Italy.

If you are driving, the town is 25 miles south of Bari, just south of Polignano a Mare, and close to Alberobello, in case you would like to combine sightseeing opportunities.

If you only have a day, you can also take a private tour of Monopoli from Bari. It includes roundtrip transportation and a guide once you arrive in the charming city.

Have you ever been to Monopoli, Puglia? What was your favorite thing about this Italian town? 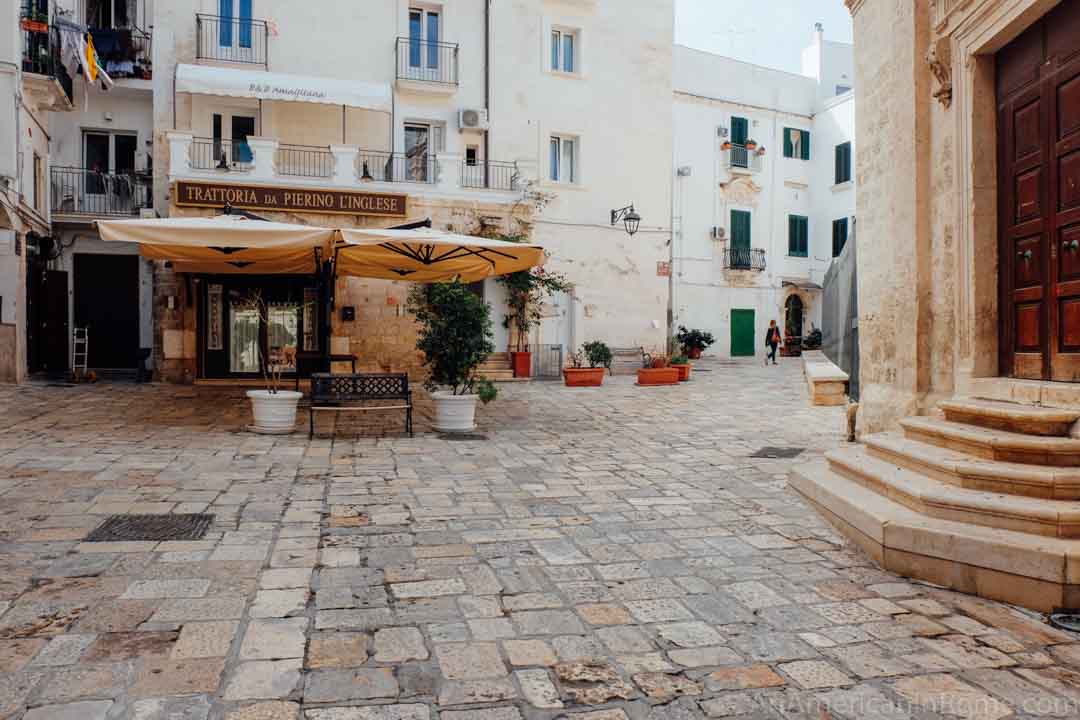 Please note: This post may include affiliate links to companies that I recommend, this means that I may earn a small commission if you choose to make a purchase.

4 thoughts on “A Complete Guide to Monopoli, Puglia”