There are few figures in Roman history as well known and reviled as Nero. The emperor supposedly played the fiddle while Rome burned. It’s not clear if he really celebrated the destruction of the city in real time, but he certainly took advantage of the fire. After the embers died down, he used the “new” space left empty by the inferno to build his Domus Aurea – Nero’s Golden Palace. 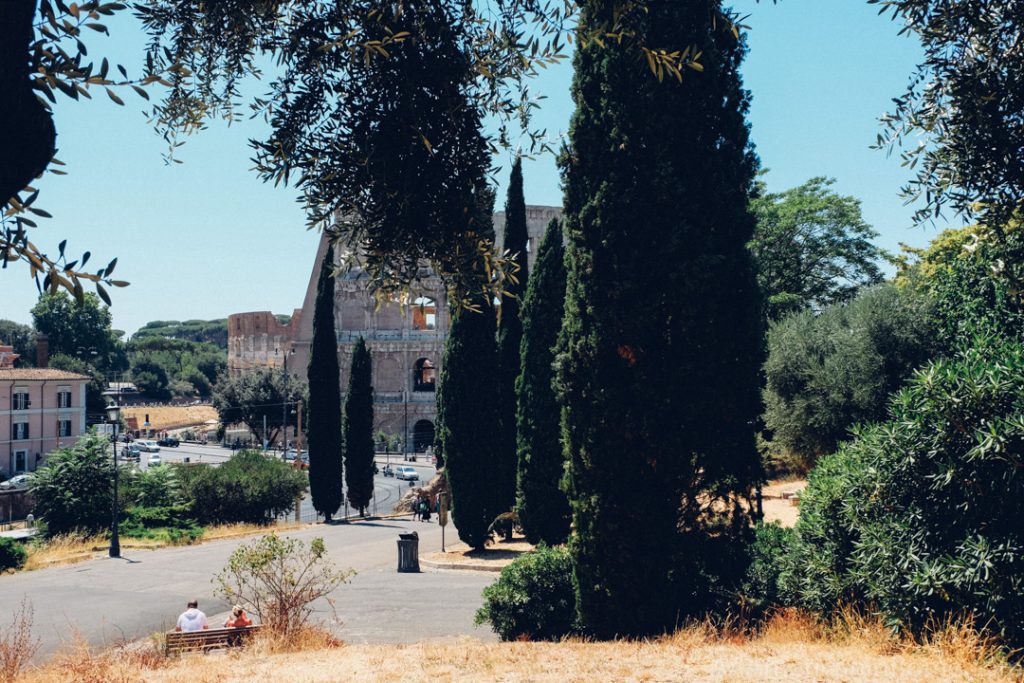 It was probably this lavish display that cemented Nero’s unpopularity. To say that his palace was massive is a bit of an understatement. The Domus Aurea covered somewhere between 100 and 300 acres, reaching from the touching the slopes of the Palatine, Esquiline, Oppian and Caelian hills. 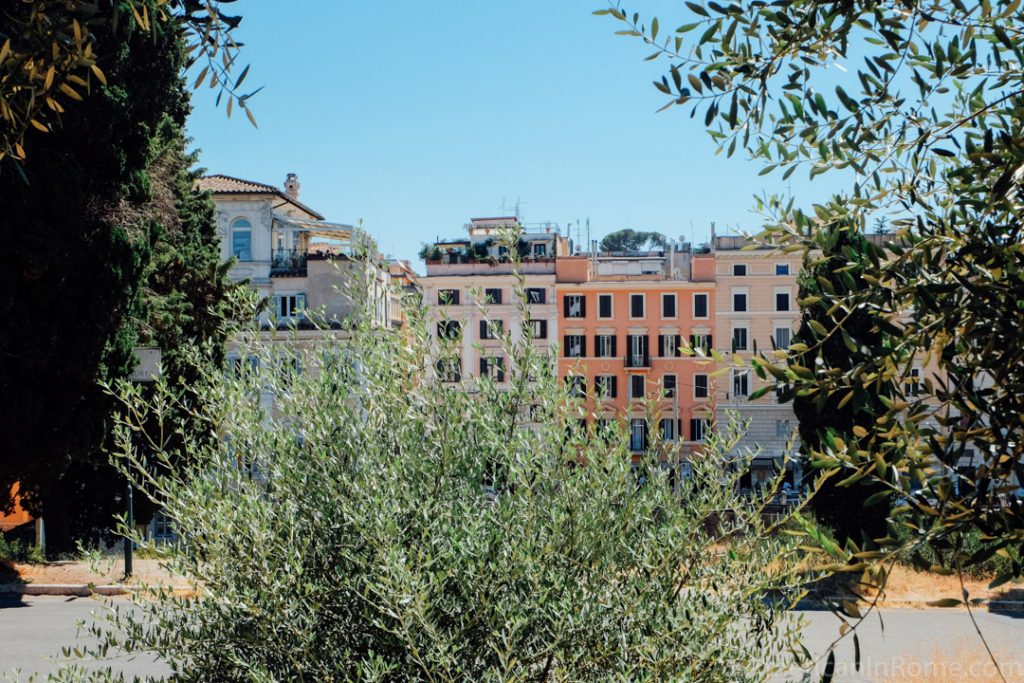 So where is this ginormous palace now?

Most of it lies under Colle Oppio park, looking out at the Colosseum.

Vespasian, the emperor who succeeded Nero, had the palace filled with dirt and destroyed. He then went on to build the Colosseum on top of the artificial lake which Nero had built inside his palace walls.

Buried under Colle Oppio, the Golden Palace was nearly lost – but it is now possible to visit the excavation site. 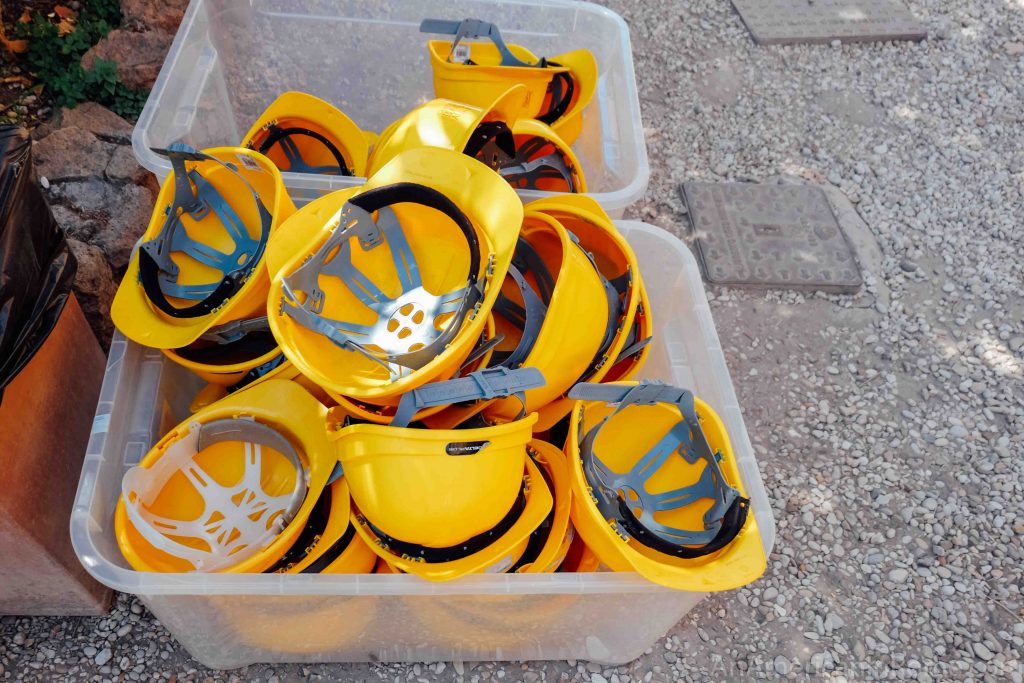 But because there are ongoing excavations taking place, you are going to need a tour (I went with Through Eternity tours) and a hard hat.

We met with our guide, Brandon, to chat about Nero and learn more about his Golden Palace. Prepped and ready to explore, we grabbed our yellow hats and followed an archaeologist into the site. 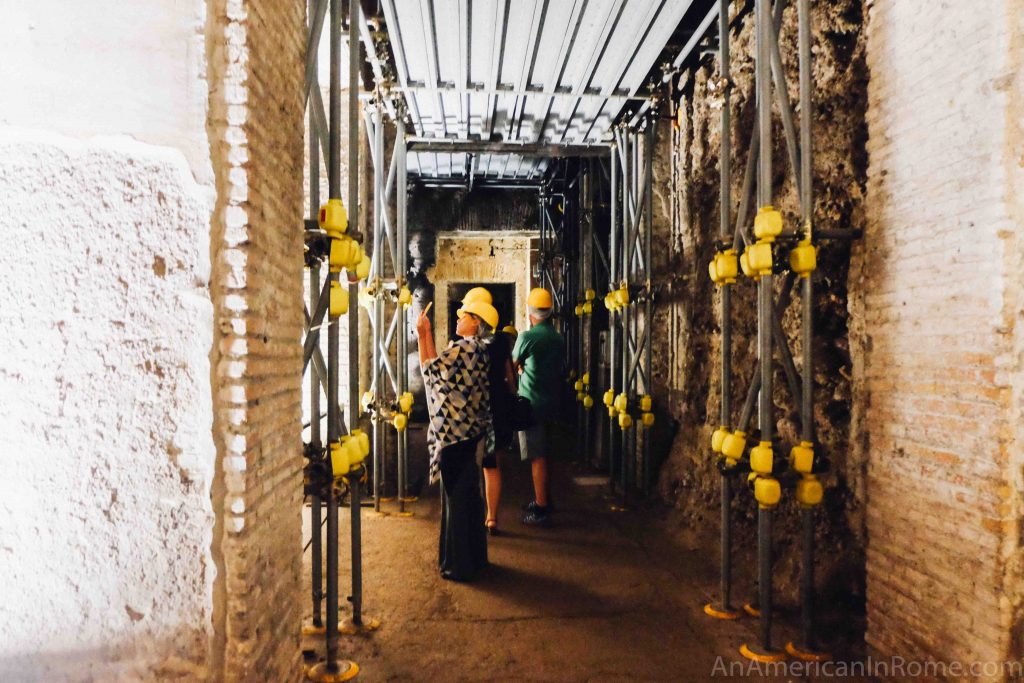 The Domus Aurea is very much an excavation in process. Nero’s Golden Palace was made up of more than 200 rooms, and some have yet to be reopened. 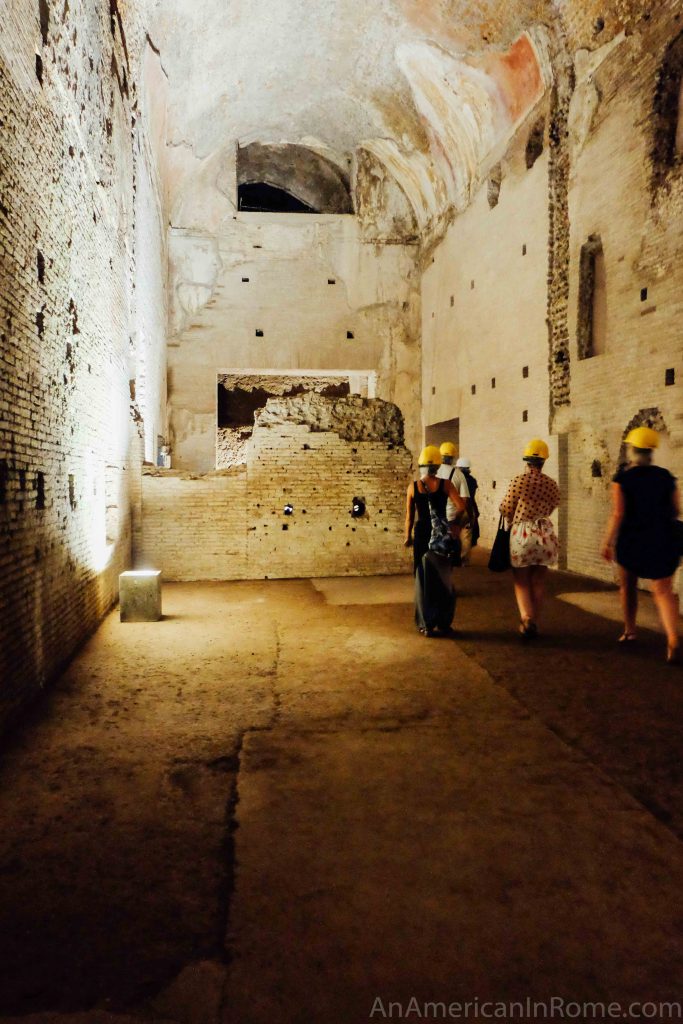 Despite its impressive size, they have yet to find any bedrooms or sleeping quarters – this huge complex was all about entertainment.

In addition to landscaped gardens and a manmade lake, Nero built grottos and dining rooms for his guests to relax in. 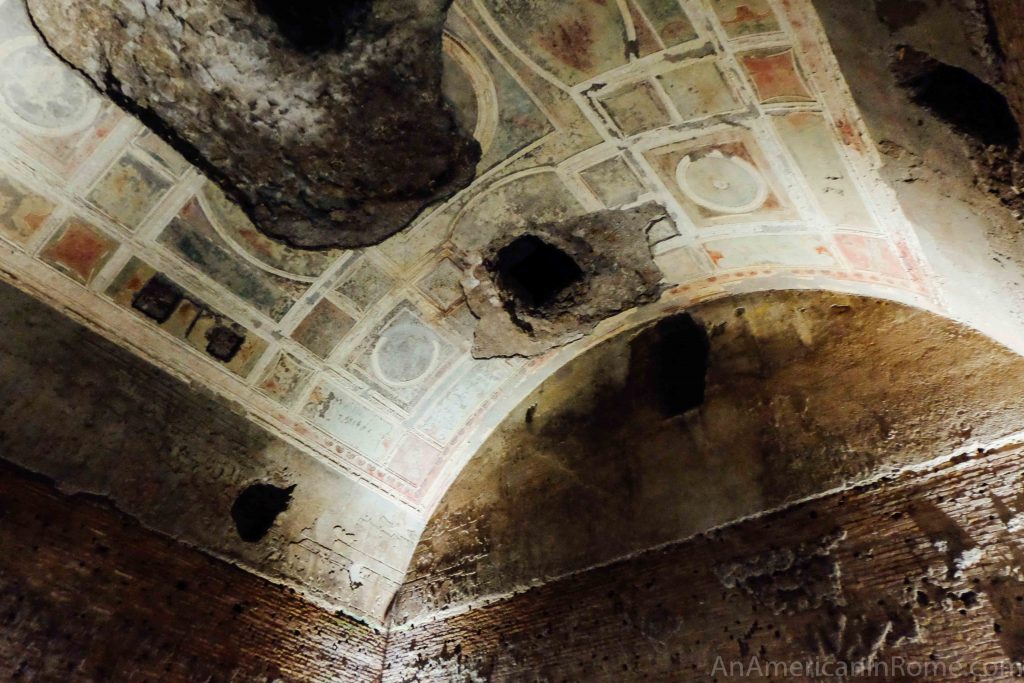 He spared no expensive – even decorating the ceilings with mosaics and building an elaborate rotating dome.

Which is why part of the reason I loved this visit so much was because: 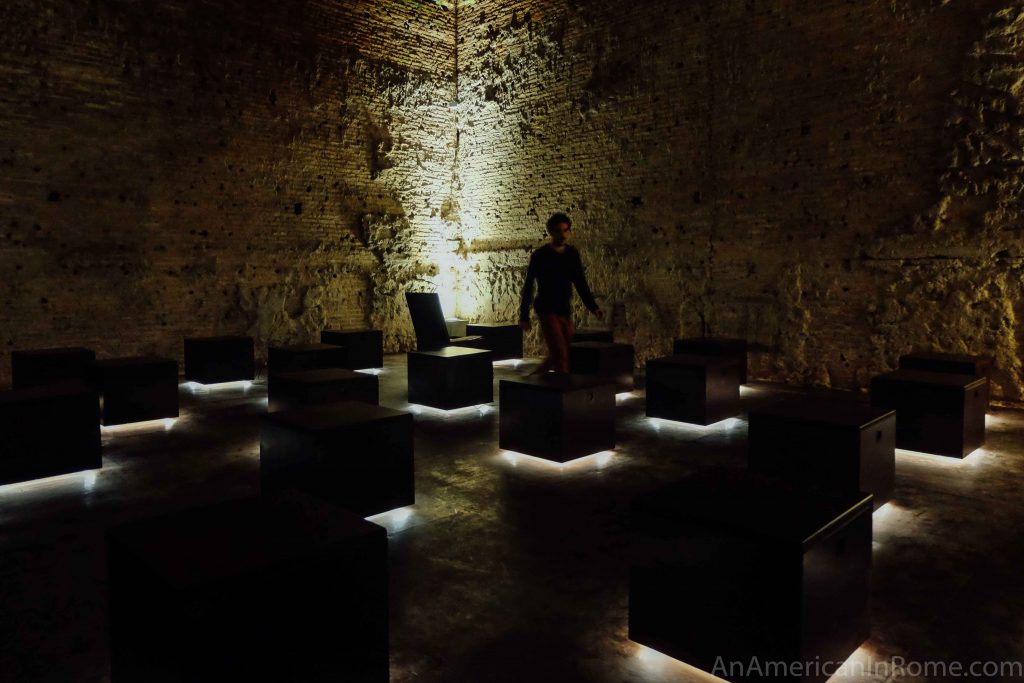 I like Ancient Roman history, but I find it really hard to picture what everything looked like based on the ruins. Having this virtual reality stop was incredibly helpful (and a lot of fun). 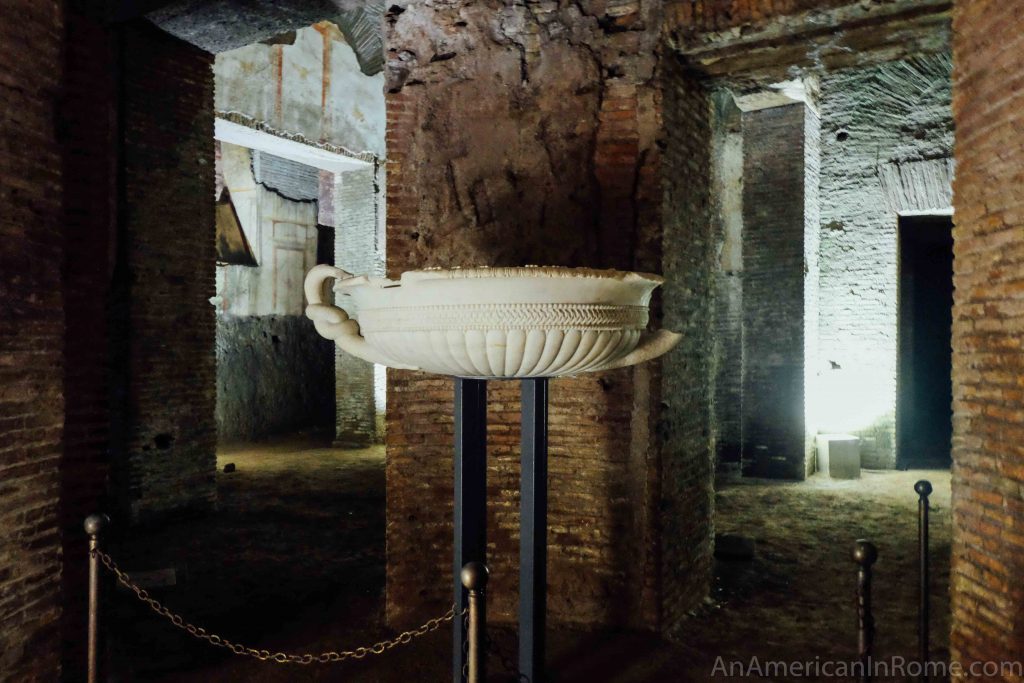 Many of the original decorations from the Golden Palace have been lost or moved to museums, but it is still incredible to wander through the chambers that are now underground. 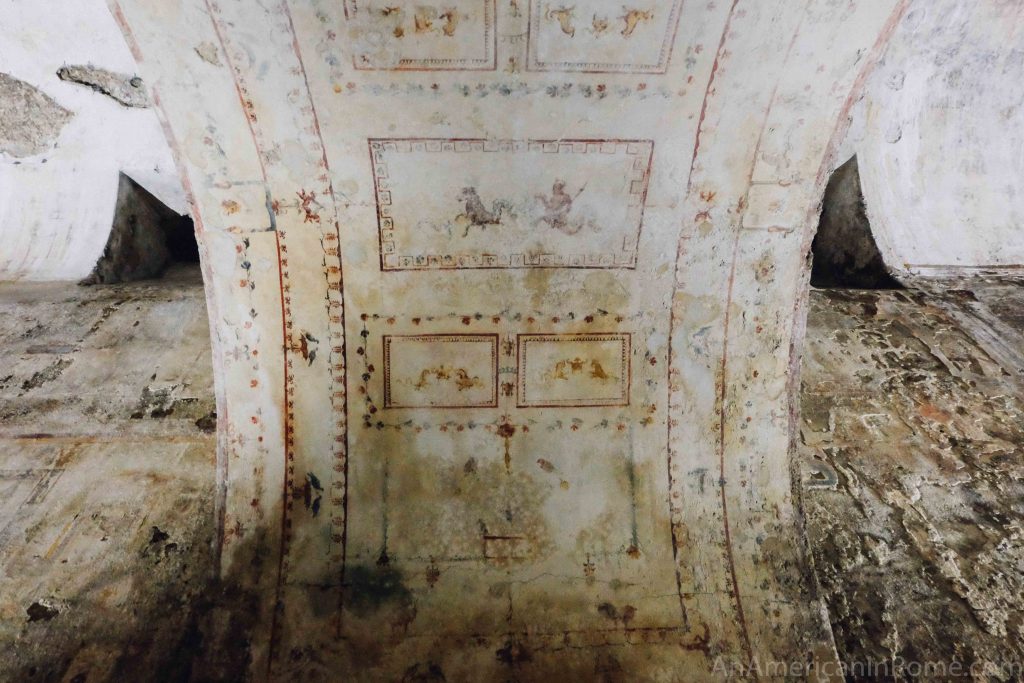 A tour of the Domus Aurea is a great rainy day activity since it is all inside, but a walk through the Golden Palace is also perfect in summer. You might notice in the photos that we are wearing sweaters or draped with scarves – that is because the Domus Aurea is significantly cooler than the outside temperature. 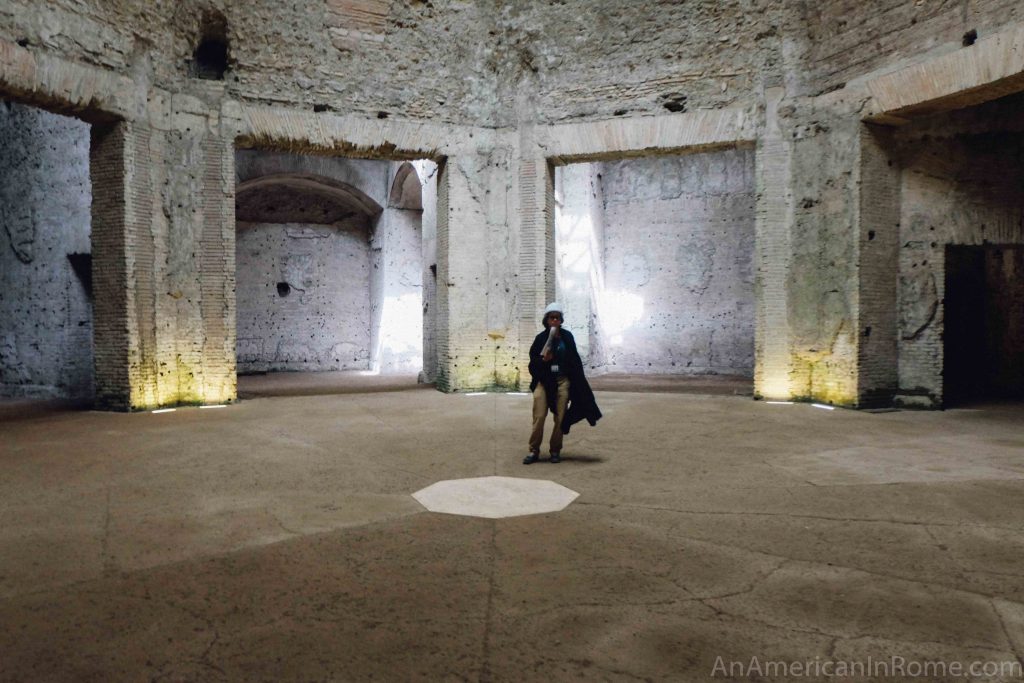 While I loved the virtual reality, my favorite stop was in Nero’s insane octagonal dining room. This is where guests would have been showered with rose petals from the spinning dome above them – much like the rose petals at the Pantheon. 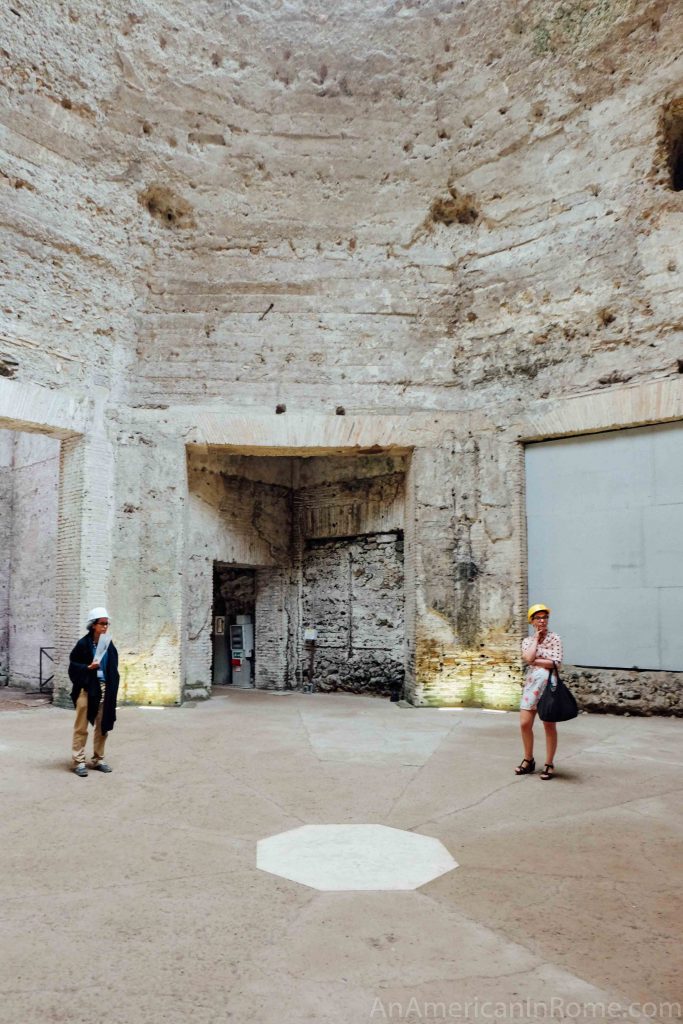 If you have already seen the Colosseum – the Domus Aurea should definitely be your next stop. For the most full-service option, you can book with a company like Through Eternity. You can also buy tickets yourself here and will still be guided by an archeologist once you are inside, or book directly with CoopCulture for the lowest price if there are spots left.

Disclosure: I was invited to join the tour by a friend – but I talk about how much I liked it so often that my husband is now dying to go himself. It is a great experience! This post may contain affiliate links but they represent my honest opinion.