I myself am guilty of becoming enamored with Naples’ constant chaos. But as truly maddening the city can seem to be, it also has serene and stately attributes – most notably the stunning palace known as Palazzo Reale. 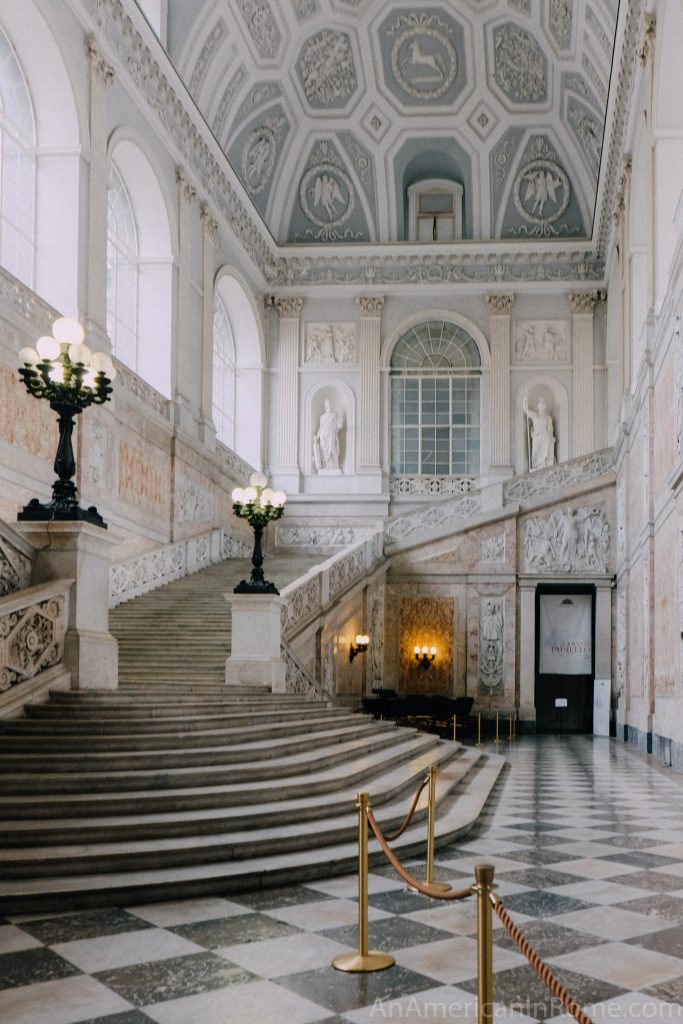 The history of Naples’ Royal Palace is complicated because the region itself was ruled by so many different countries and families in the years before Italy’s unification. 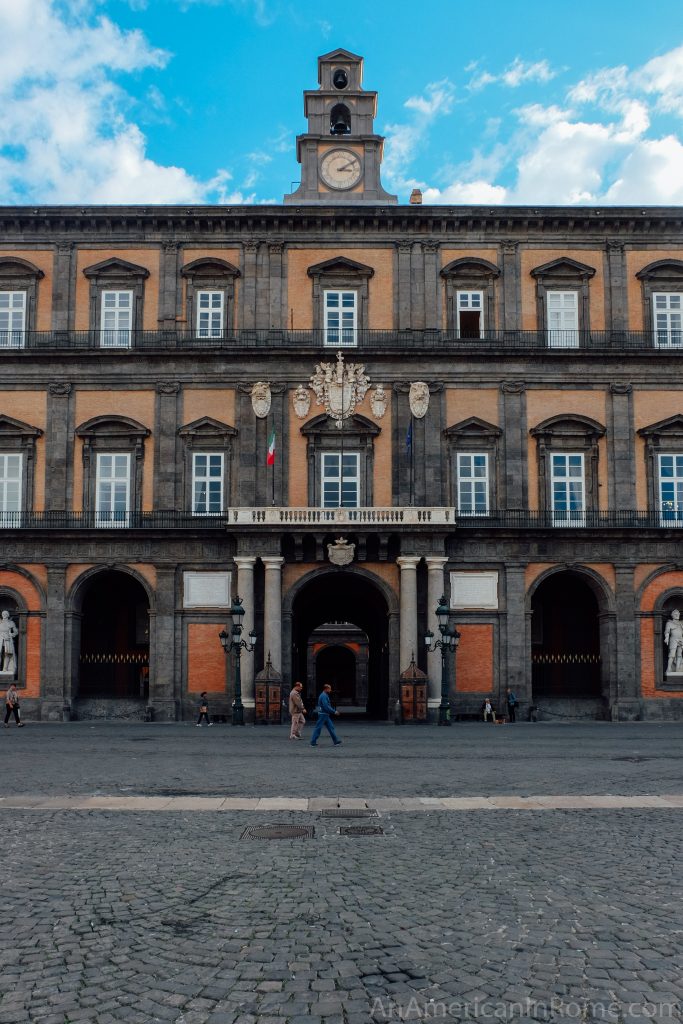 For hundreds of years, Naples was the seat of power for various kingdoms. 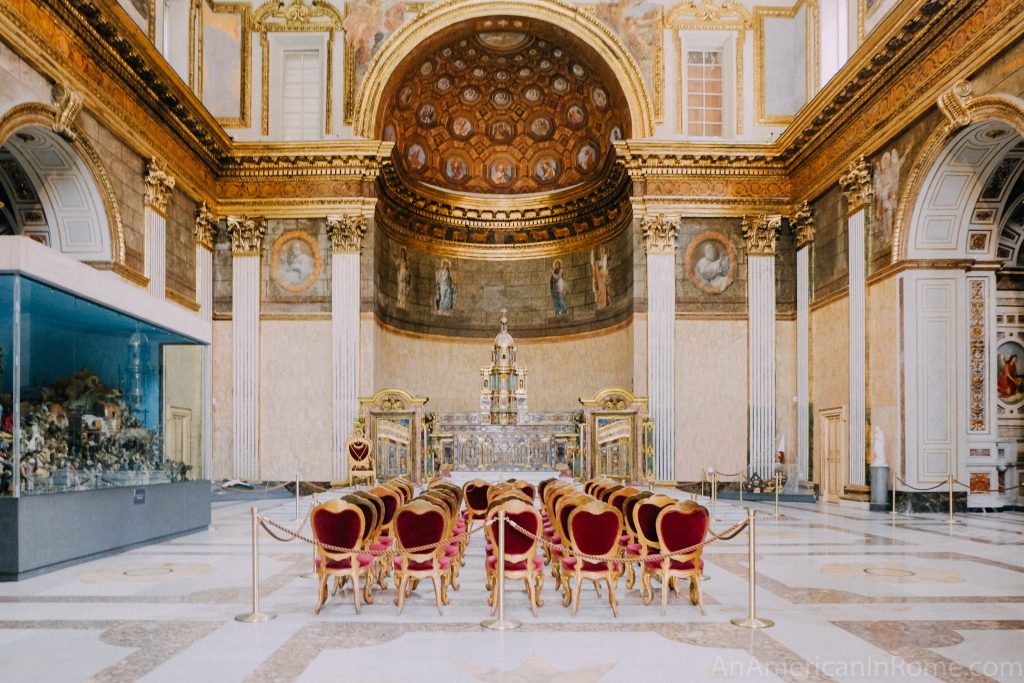 There were the Burbons, the Spanish and more recently the House of Savoy. 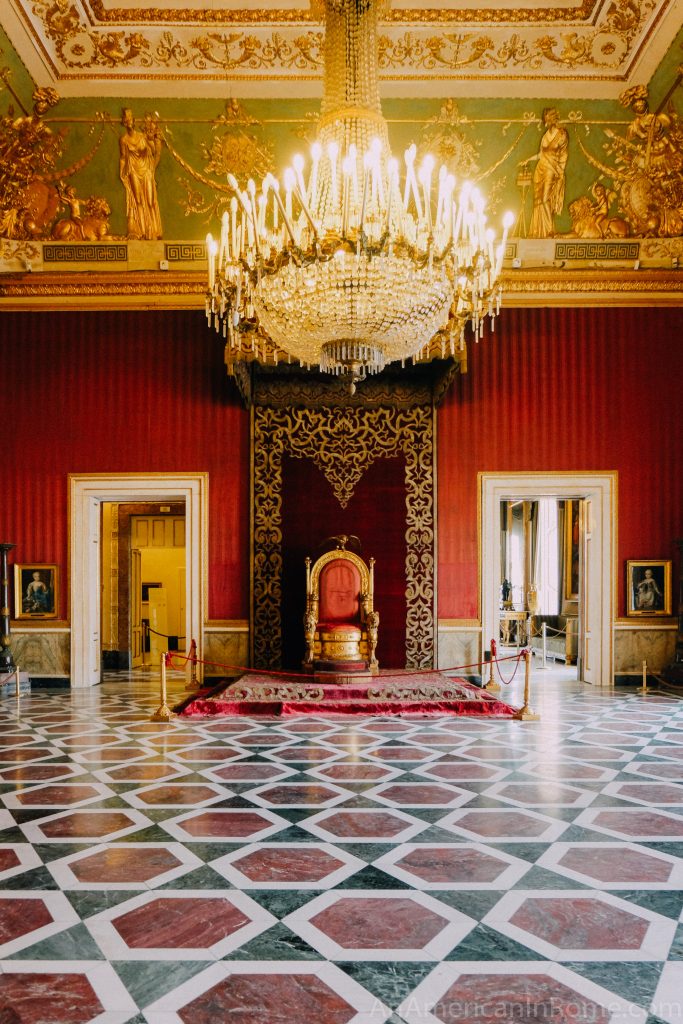 The construction of the Royal Palace began in the 1600s, to prepare for a visit from the King of Spain… that never really materialized. 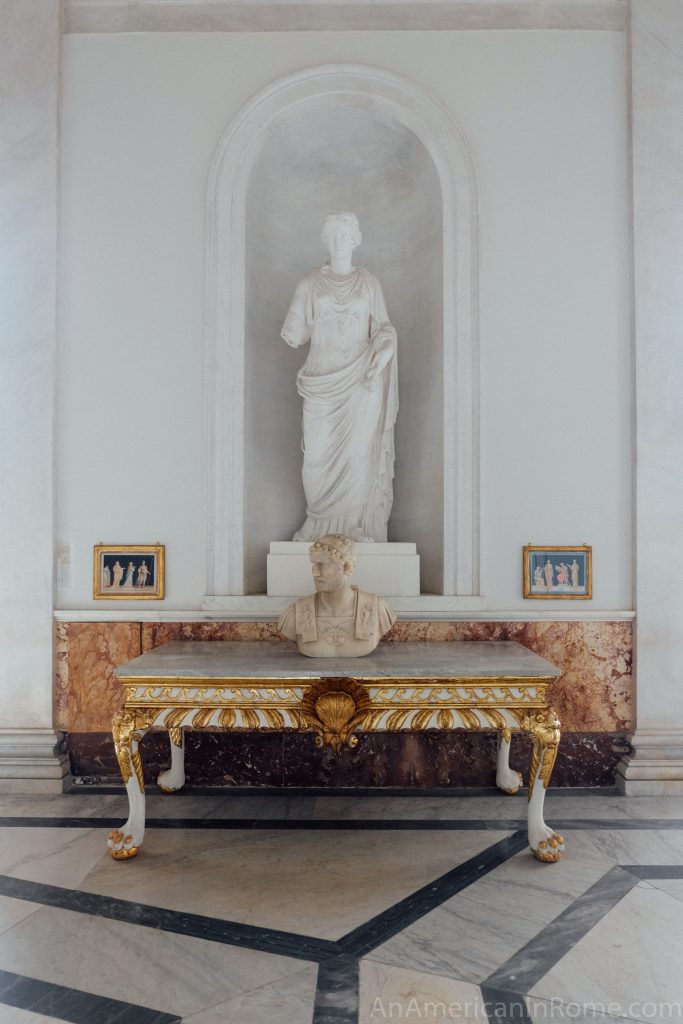 It wasn’t used as a residence until the 1700s – when it served as one of the Bourbon Kings’ Palace. 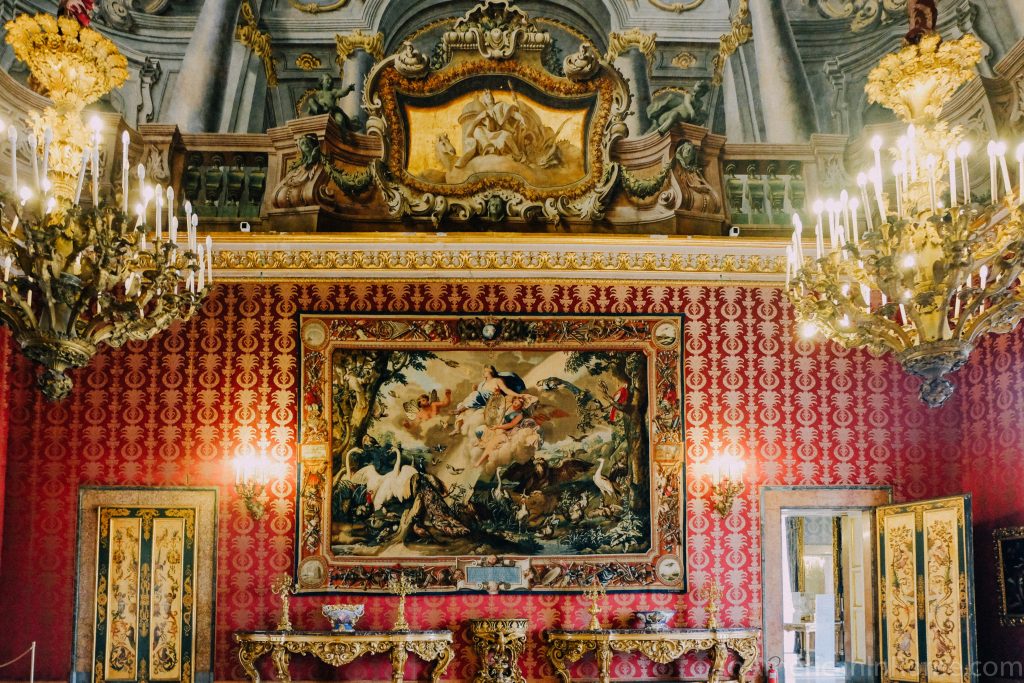 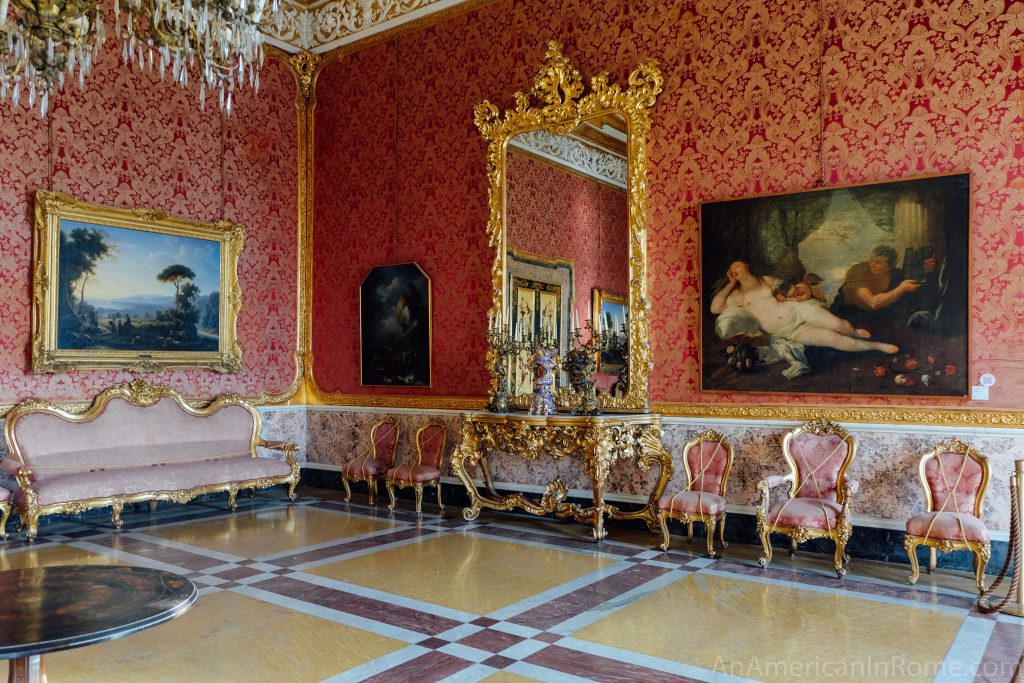 But Palazzo Reale was also damaged repeatedly, first by fire and later by bombs during World War II which destroyed the library which had been moved here for safe keeping. 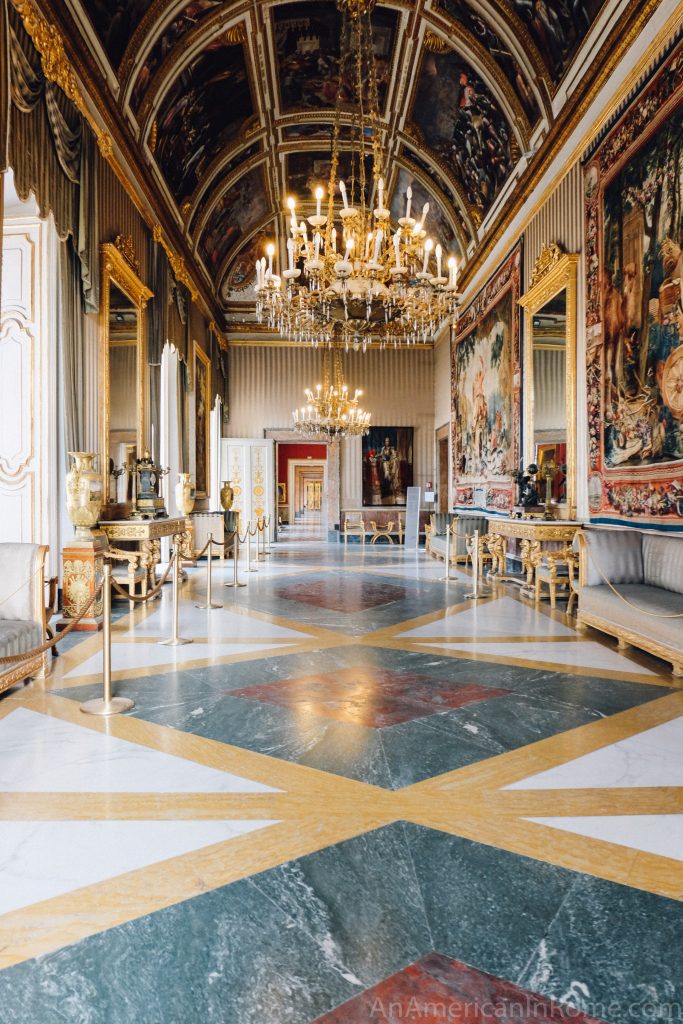 Subsequent restoration, however, means that it is possible to enjoy the changing tastes of the royal owners over the years – and the luxury in which they lived and ruled over the Kingdom of the Two Sicilies. 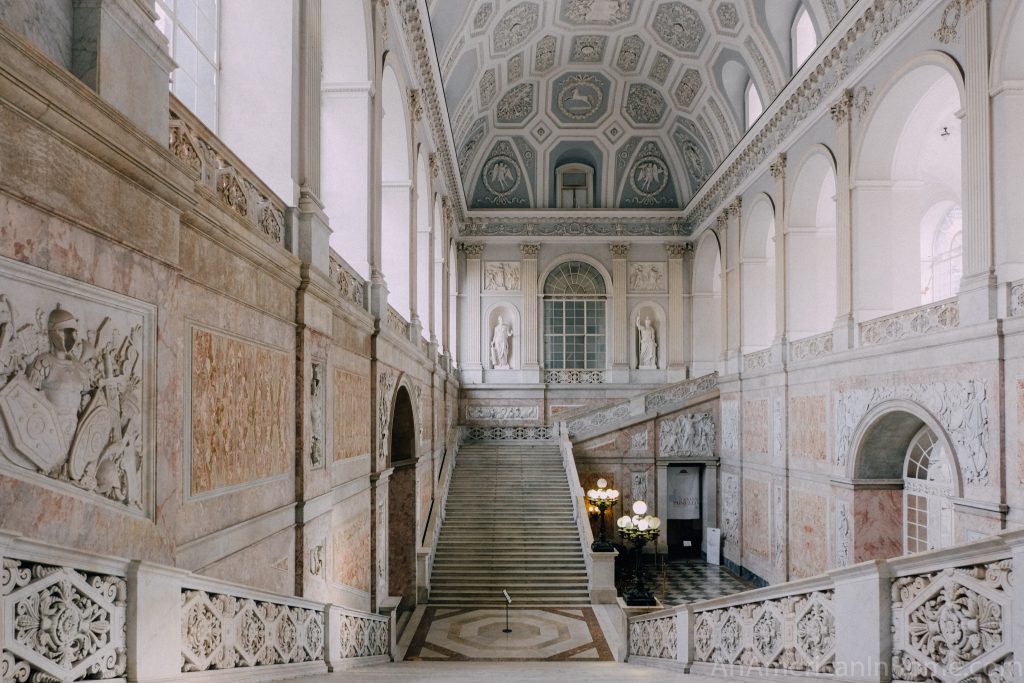 The incredible entry hall sets the tone, though it is more muted than the sumptuous reds of the theater and throne rooms which soon follow. 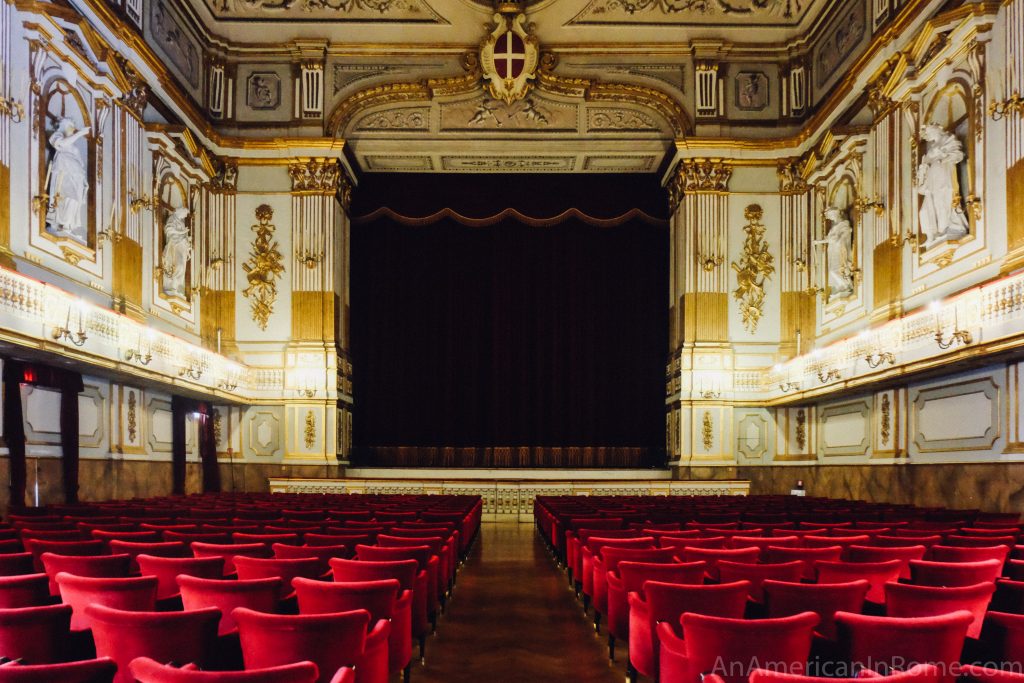 Set on Piazza del Plebiscito, and near Teatro San Carlo, it is more than worth a detour to this corner of Naples to discover another side to the city. 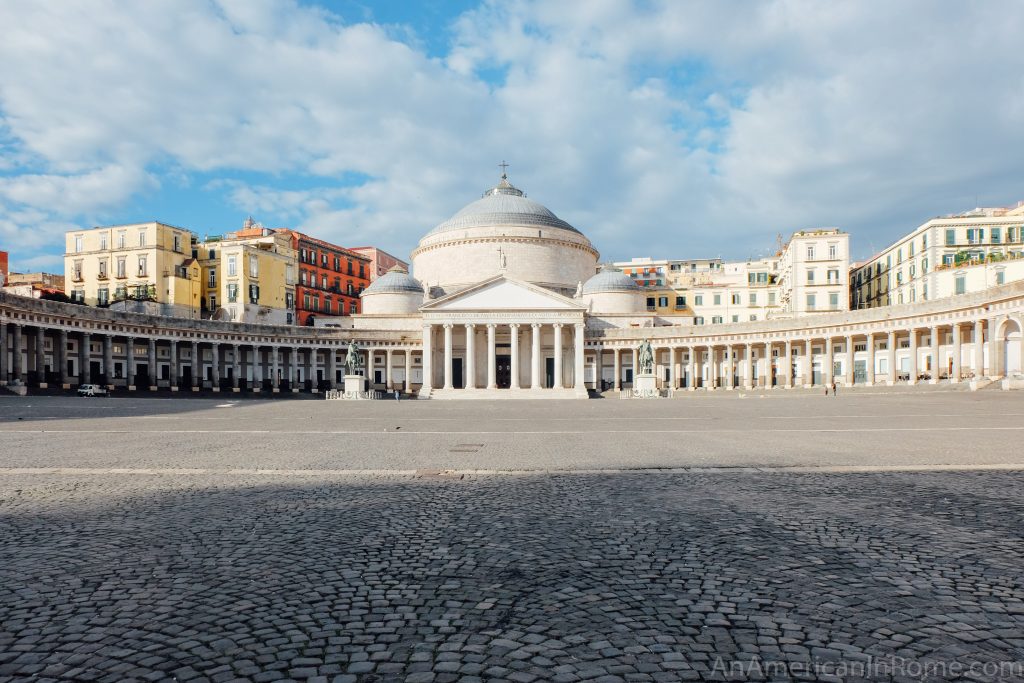 Open from 9 am
Closed Wednesday
Tickets are €4 but if you prefer to book in advance to skip any lines and get an audio guide (which I did), you can find tickets here.

One thought on “Palazzo Reale: The Stunning Royal Palace in Naples, Italy”