Naples feels like a city in constant, chaotic decay. One of the most beautiful examples of abandoned grandeur is Palazzo Donn’Anna, which sits on the edge of sea at Via Posillipo.

The facade appears to be crumbling and the empty windows gape open.

Palazzo Donn’Anna, however, was not abandoned. It was never finished to begin with.

Before Italy became a unified country in 1871, the region was composed of various city-states. In the 1600s, Naples fell under control of Spain, and so it was the Spanish Viceroy who conceived of this palace by the sea.

He ordered its construction for his wife, Anna Carafa.

Then he fled to Spain and Anna died – some say of heart break. 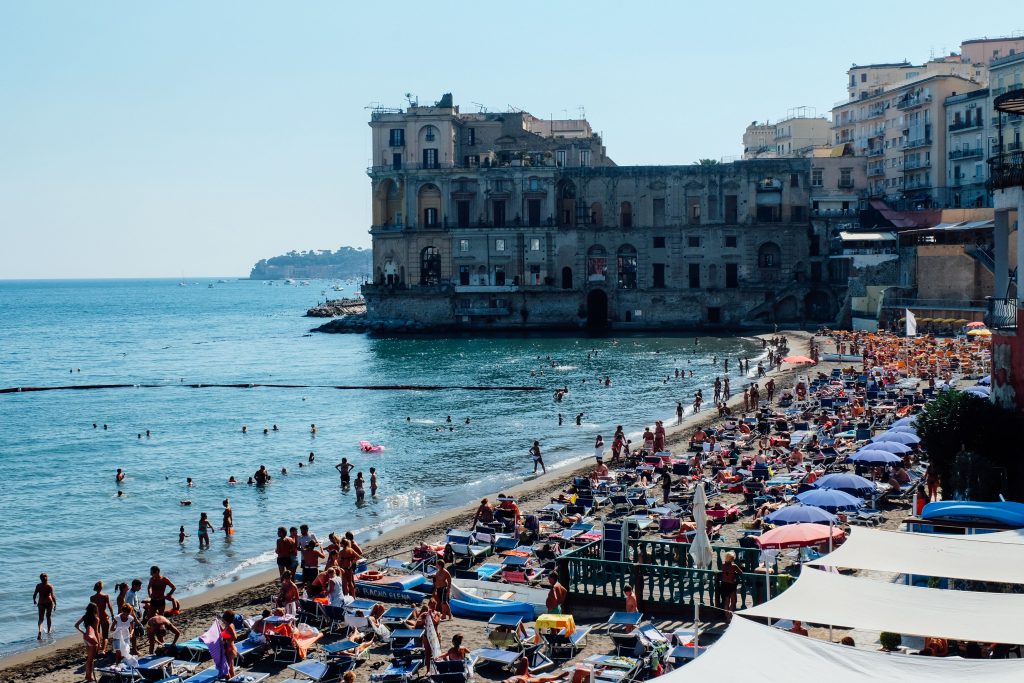 The palace was never completed, and now it sits as a backdrop for sunbathers and swimmers. 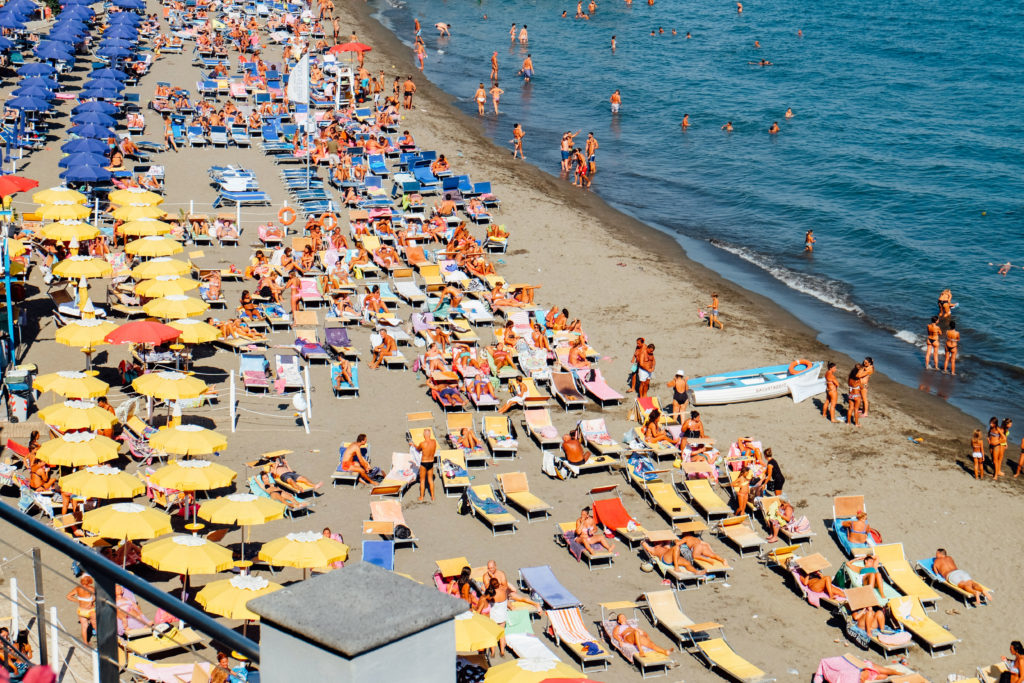 The palazzo is closed to public, but the nearby beach offers daily rentals of lounge chairs and umbrellas.

With the Palazzo Donn’Anna to one side and Mt. Vesuvius to the other, its hard to imagine a stretch of sand with a more interesting backdrop. 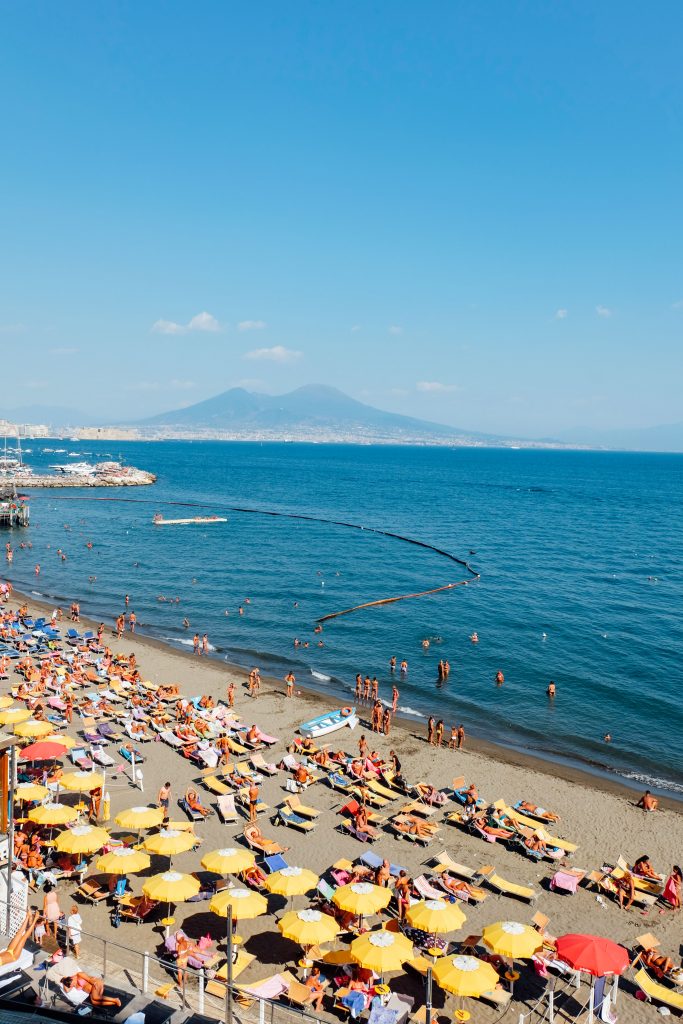 If you sit on the beach for the day, you might even catch a figure moving through the palazzo.

Some say that the palace is haunted, either by one of Anna’s nieces or by ghosts who partied at a villa that was previously in the same spot.

But it is much more likely to be a resident on their way home. 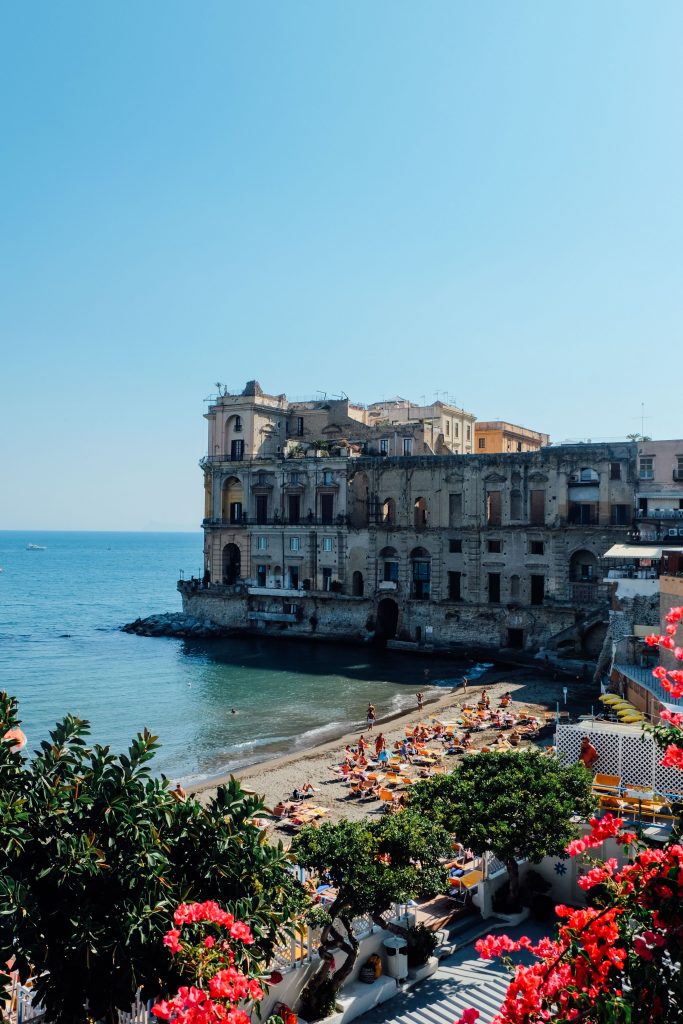 There were a few attempts to reclaim Palazzo Donn’Anna in the 1800s. First it was a bank that purchased the property, and later a hotel. Today, the disintegrating palace is subdivided into private condos.

If this in the view into the palace, I can only imagine what it would be like to live inside.

6 thoughts on “Palazzo Donn’Anna in Naples”