I have a lot of favorites when it comes to Rome.

I have my favorite gelato in Rome.

I have my favorite books about Rome.

I have my favorite pizza by the slice.

I have my favorite Roman garden.

I have my favorite cacio e pepe in the city.

But I think Teatro Marcello might very well be my favorite corner of Rome. 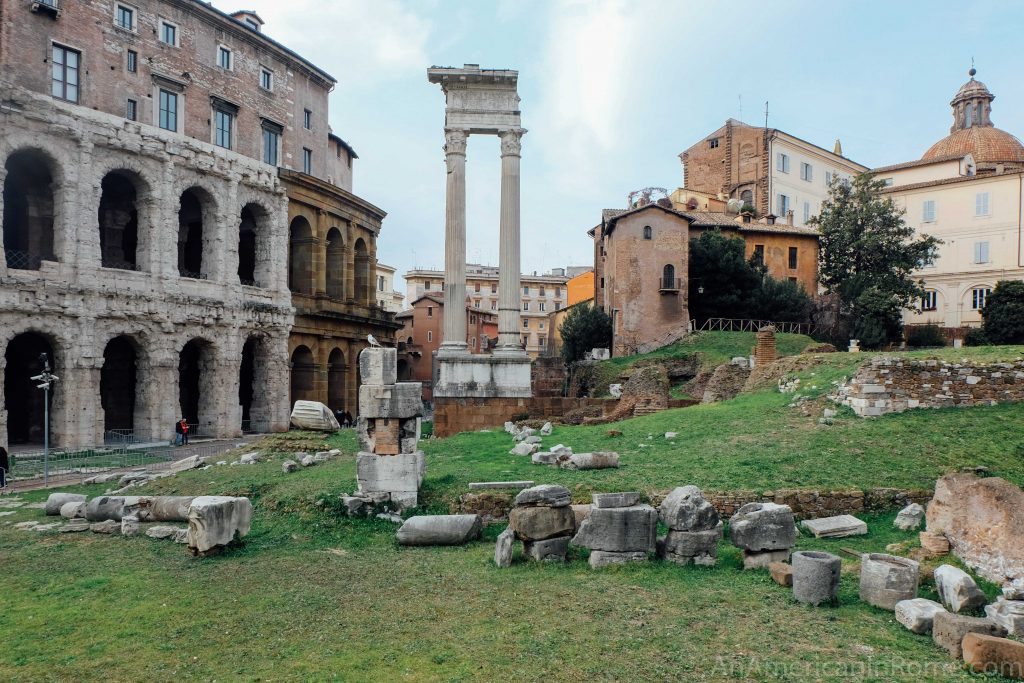 The first time I zipped by it in a taxi, I did a double take.

The old amphitheater looks like a mini version of the Colosseum.

TEATRO MARCELLO IS NOT THE COLOSSEUM. 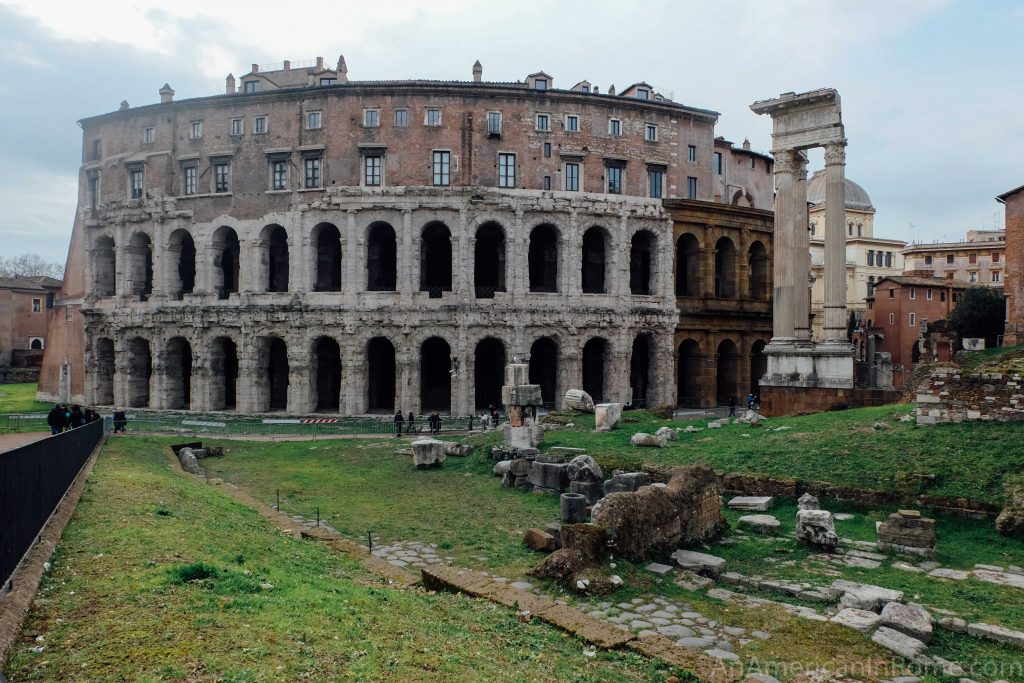 They are both amphitheaters built in Ancient Roman times, but they were built by different emperors. 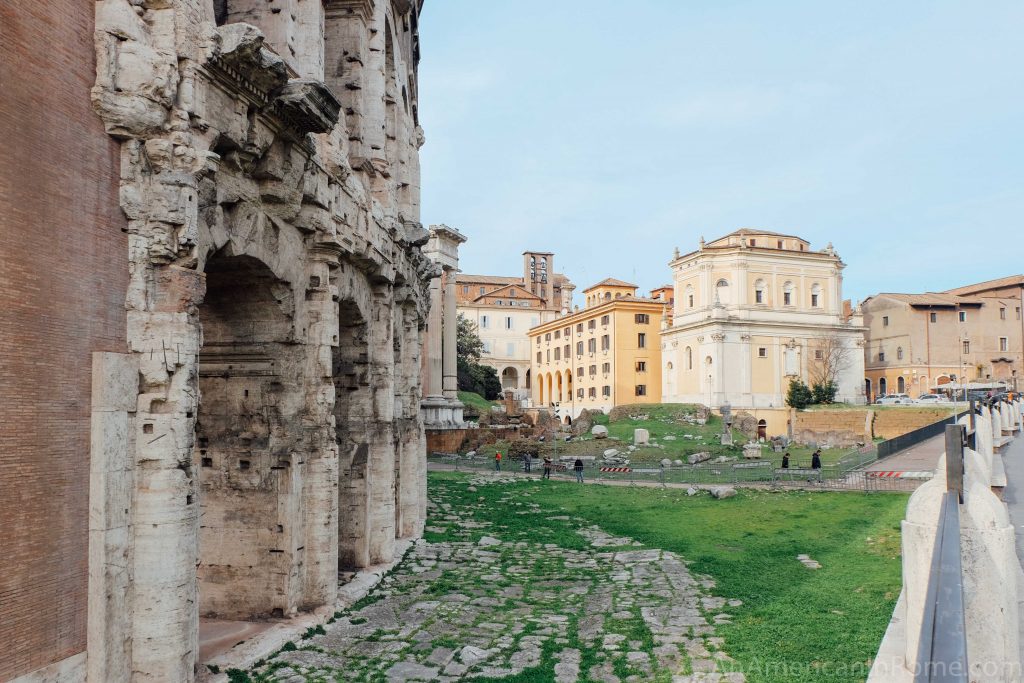 Vespasian built the Colosseum in 72 AD, but Teatro Marcello was inaugurated earlier in 12 BC by Augustus.

(Pay attention – there may be a quiz later).

No, I’m kidding. I don’t know that much about Ancient Roman history, but I find this amphitheater interesting because it has been used and reappropriated throughout history. 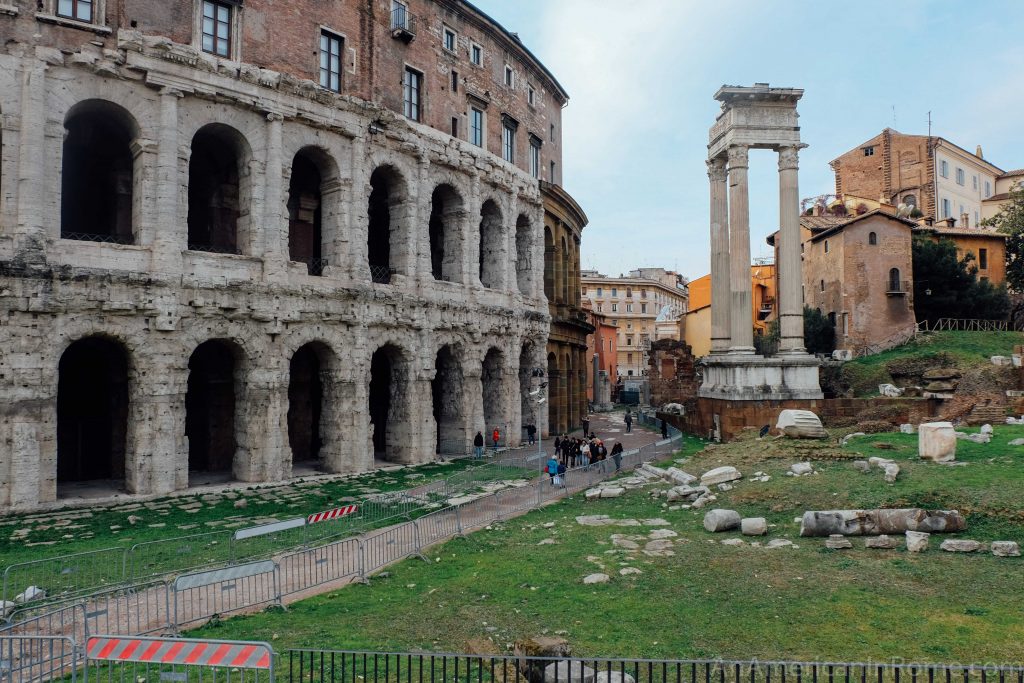 These columns for example?

They weren’t really there to begin with. Mussolini decided to reconstruct this temple right there next to Teatro Marcello when he tore down a bunch of houses in order to glorify Rome’s ancient past.

At that point, Teatro Marcello was in near total disrepair. 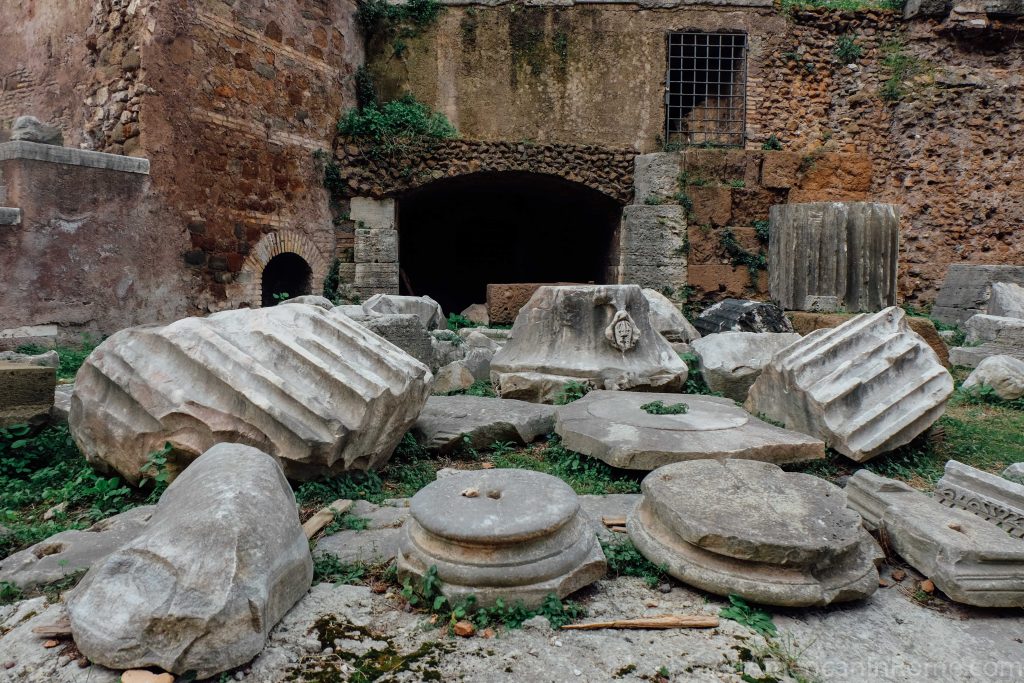 There are still ruins piled up in an almost haphazard way around Teatro Marcello, which you can get a good look at if you walk down the ramp and along the edge of the amphitheater.

However, the ancient structure has been reclaimed once more. 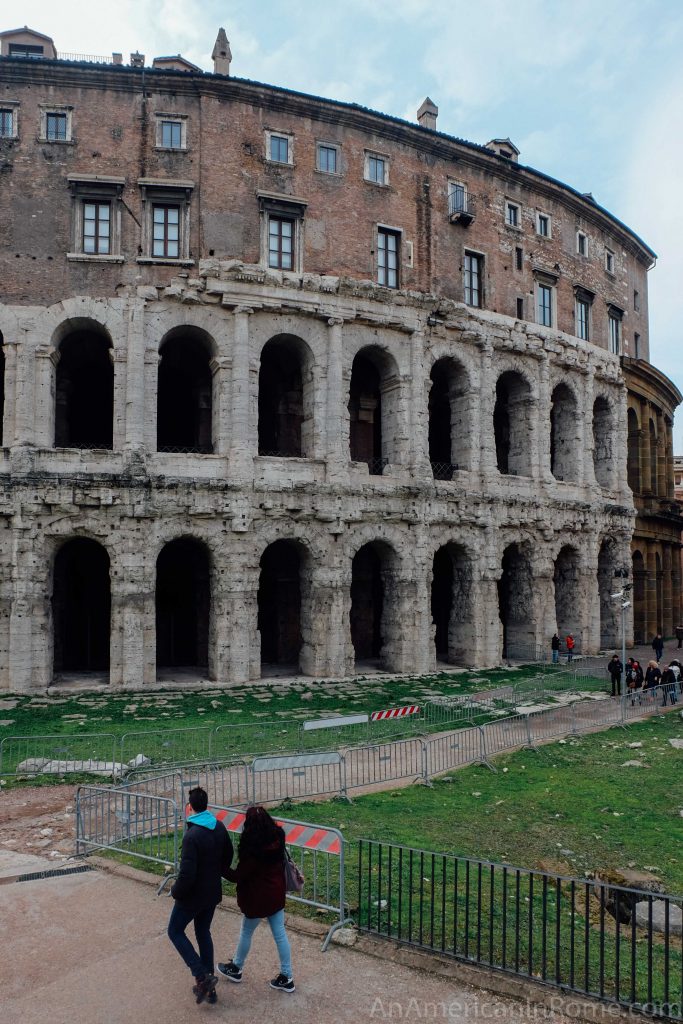 In fact, it is one of the few structures that is half publicly and half privately owned.

The city of Rome owns the bottom, but along the top you can see a few apartments. A tiny one reportedly sold for $10 million a few years ago.

Who can blame the buyer? What an insanely special place to live.

It’s not possible to enter to the theatre, but you shouldn’t miss the summer concerts outside Teatro Marcello. (Watch the weather though, because if there is the threat of rain, they move them inside to a much less impressive setting).

6 thoughts on “Teatro di Marcello: The Theater of Marcellus in Rome”