As an 80s baby, I grew up on The Simpsons.  Bart, Lisa, Homer, Marge and Maggie were on TV every night, and Sunday meant new antics involving Principle Skinner and Itchy and Scratchy.

And here in Italy, Simpsons merchandise abounds.  I always laugh when I come across Simpsons posters in pizza shops, but I had an internal “SHUT UP!” moment when I looked in the beverage case of the tavolo caldo on the corner. 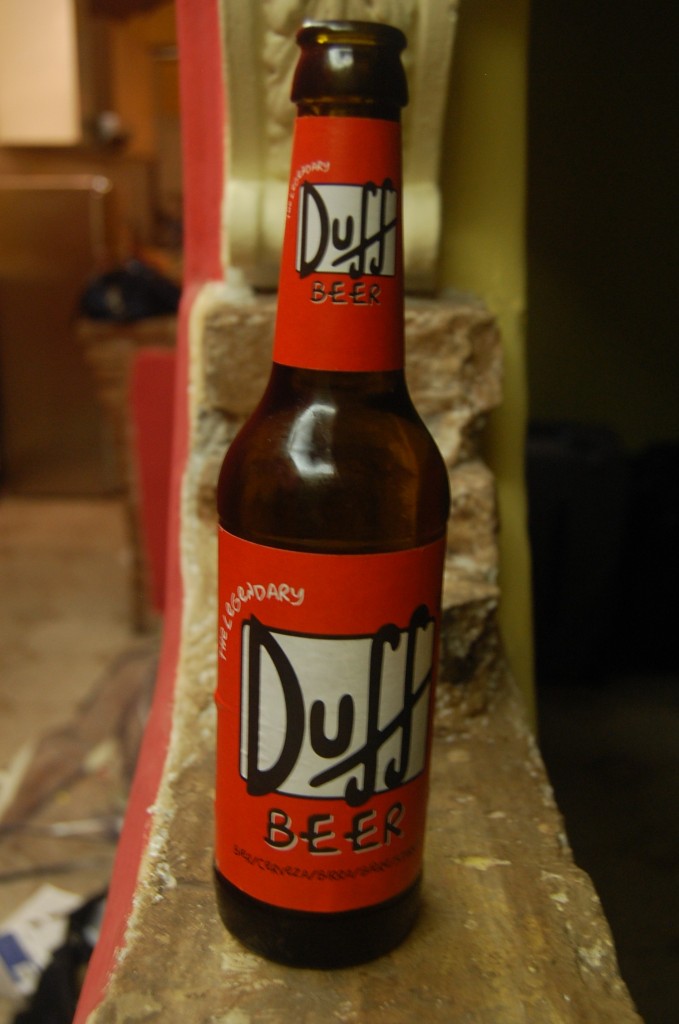 Oh, I’m sorry- The Legendary Duff Beer.  So Duff is not just a fictional beer on The Simpsons. In Italy, it’s the real deal. 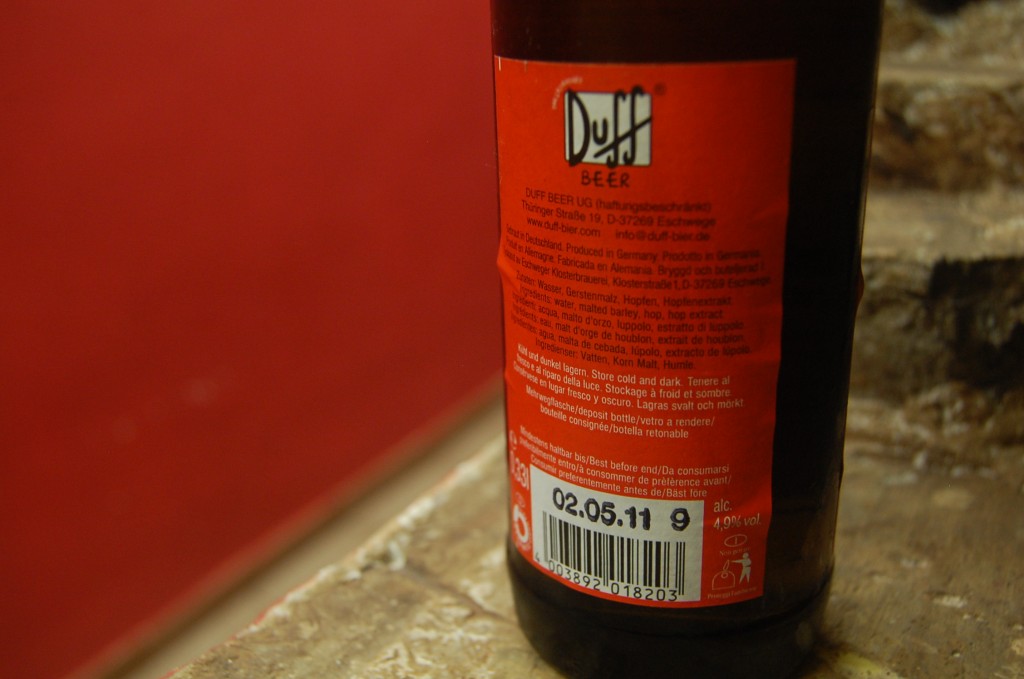 Duff Man was not to be found, but I could not pass up the opportunity to try a bottle of Duff.  Duff Beer is apparently made by a German company, and I’m sure they’ve worked out necessary licensing agreements with Matt Groening.

There was a 0% chance of me leaving without a bottle.  ESPECIALLY when the girl at the counter had to yell out in Italian:

“The beer?” her mother asked from the other end of the counter, looking totally unimpressed by the question. “1.50.” Sold. 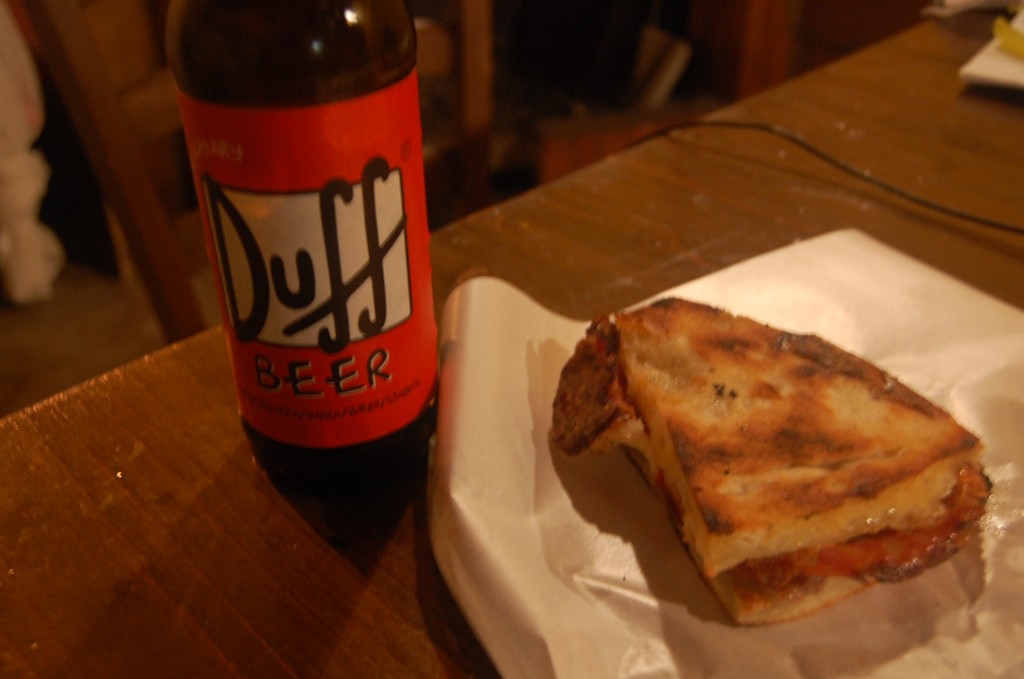 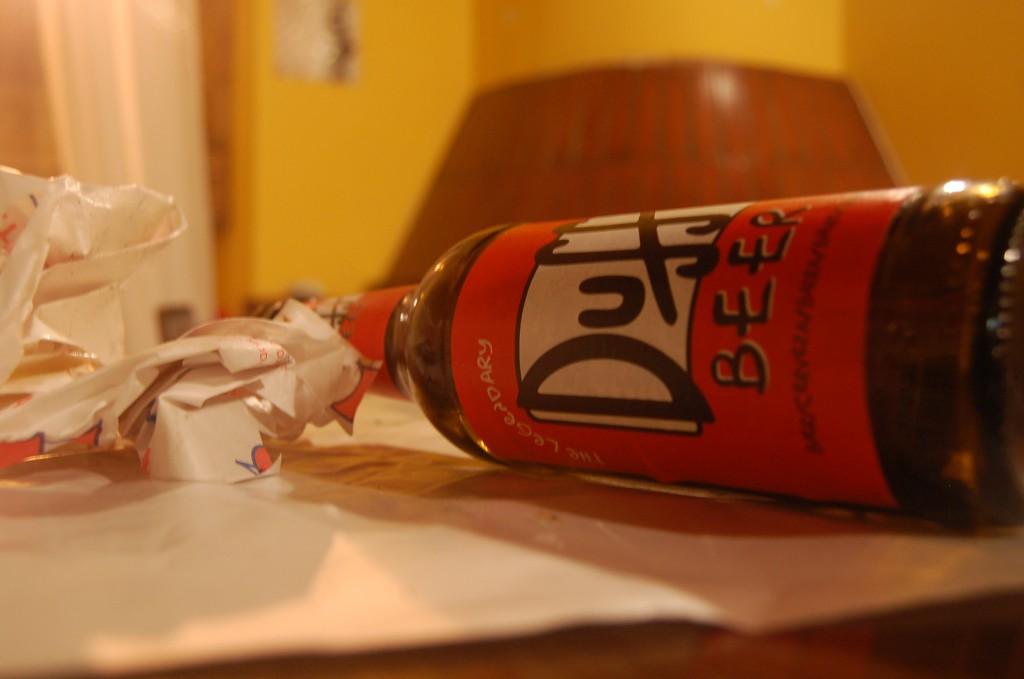 That hit the spot.