If you spend any time exploring Rome, you will eventually crisscross the Tiber. The river winds through Rome and takes wide sinuous turns. Walking along the river is never the fastest way to your destination, so you will find Rome’s bridges quite handy.

Ponte Sant’Angelo is arguably the prettiest. While Ponte Sisto is one of the most beloved. But Ponte Fabricio is the oldest. It was built in 62 BC.

The 2000-year-old bridge is named for the man who first built it: Lucio Fabricius. It connects the left bank of the Tiber to Tiber Island. In ancient times, there was a temple on the island. These days? There is a large hospital known for its maternity ward and when I was pregnant with my first child, I crossed over Ponte Fabricio for regular appointments. 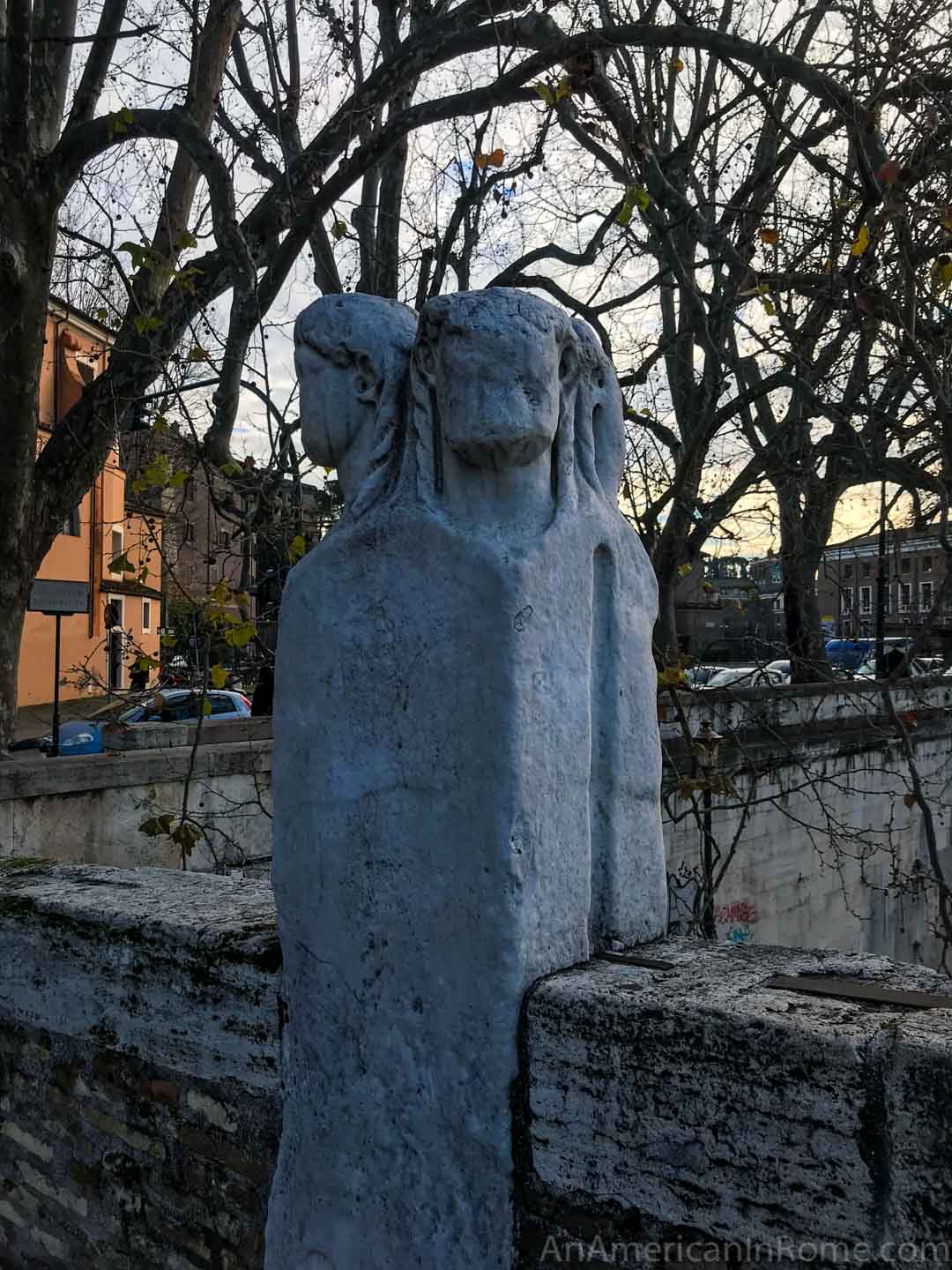 The bridge is also sometimes called the Bridge of Four Heads because of the depictions of Janus that you will see as you step onto the bridge from the Lungotevere in a spot near Rome’s ex Jewish Ghetto.

Janus is the Roman god of doorways and arches. He is always depicted going both forwards and backward.

Janus may have been the god of beginnings, which makes his associations with doorways pretty easy to follow. The month of January is named for him. The beginning of a new year. 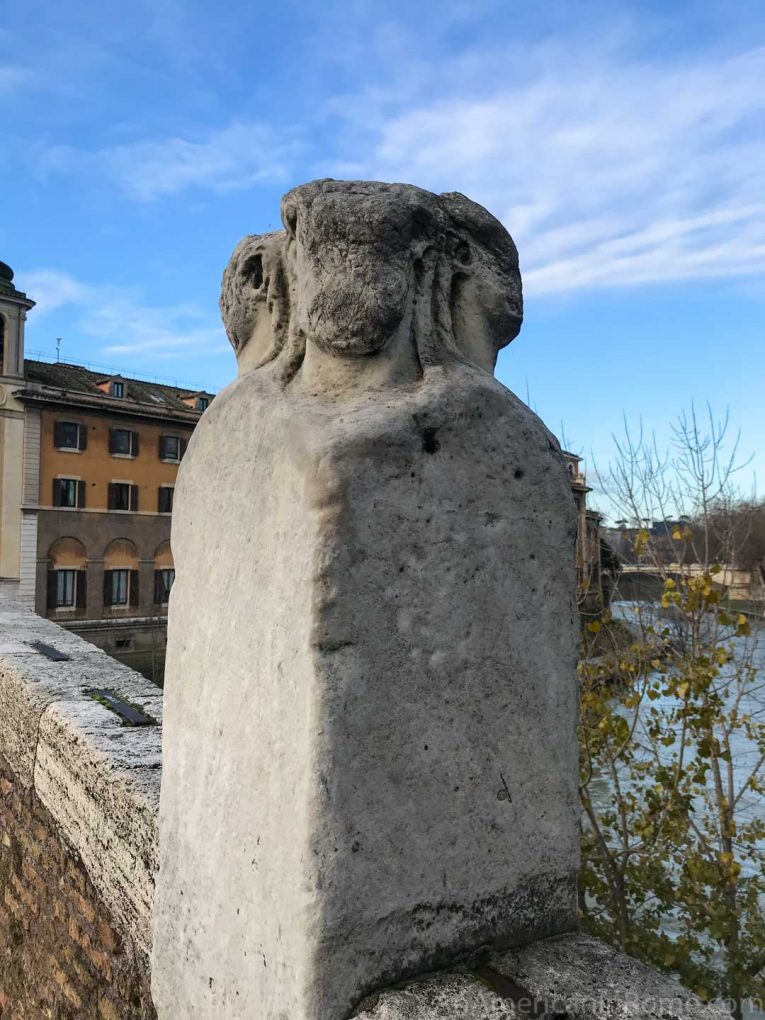 It is especially fitting to have Janus here on Ponte Fabricio because the god was also the father of Tiberinus. So he stands looking in all directions at the start of a bridge that spans the Tiber – the river that is named for his son.

The statues were actually added in 1849 and are sometimes said to represent the four architects who have restored the bridge over the last 2,000 years. 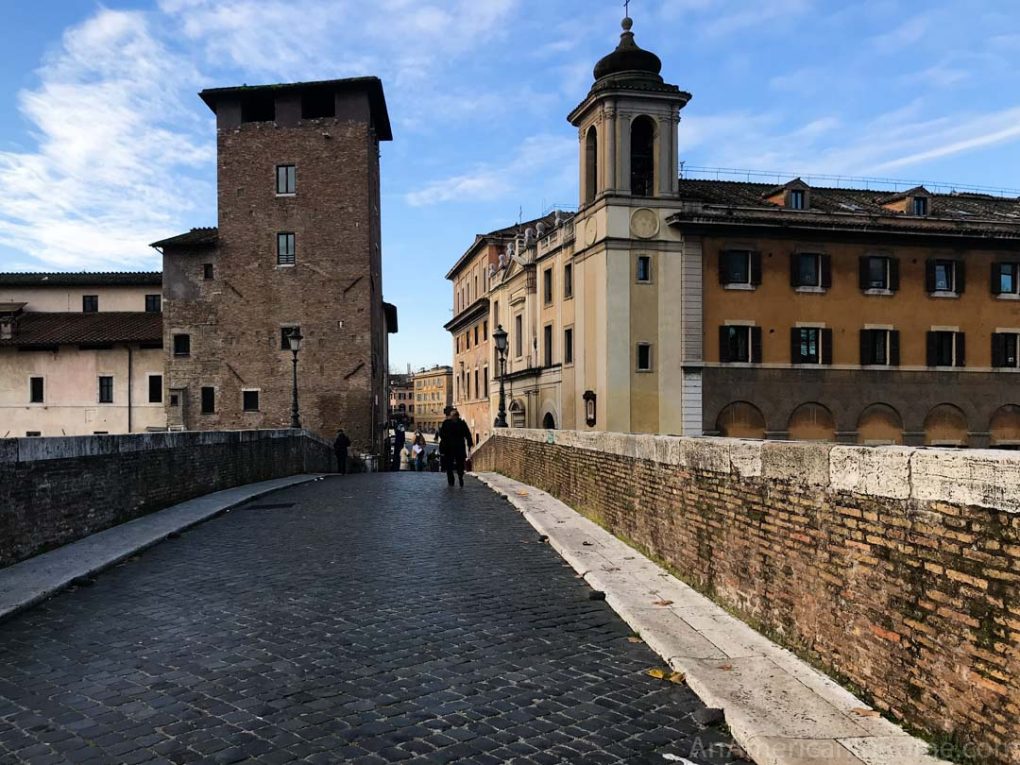 On the other side of the bridge, where it reaches the island, you may note a distinct tower. This is a very old mill tower that dates back to 573. The Tiber splits to go around the island here, and this water flow made it the perfect spot for mills.

These days, there is also a nice cafe right after Ponte Fabricio, in case you want to rest and enjoy a coffee before continuing across the river and onto your explorations of Trastevere.

5 thoughts on “Ponte Fabricio: The Oldest Bridge in Rome”