Rome’s Tiber river does not have the fame of the Thames or the Siene, but it is an unmistakable part  of the city.

Snaking through Rome in a winding trail, visiting or living in the Eternal City requires crossing the water on a regular basis. Luckily, there plenty of bridges which span the Tiber.

The prettiest of all has to be Ponte Sant’Angelo – Rome’s bridge of angels. 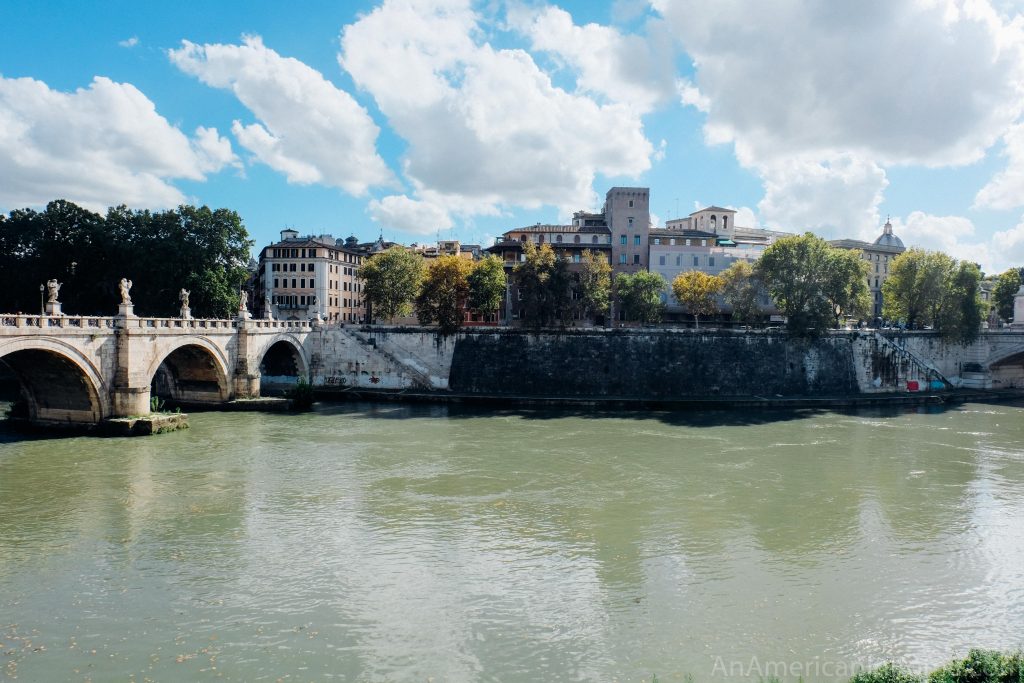 The bridge was first built in 134 AD by the Emperor Hadrian to connect the center of Rome to his newly completed mausoleum. 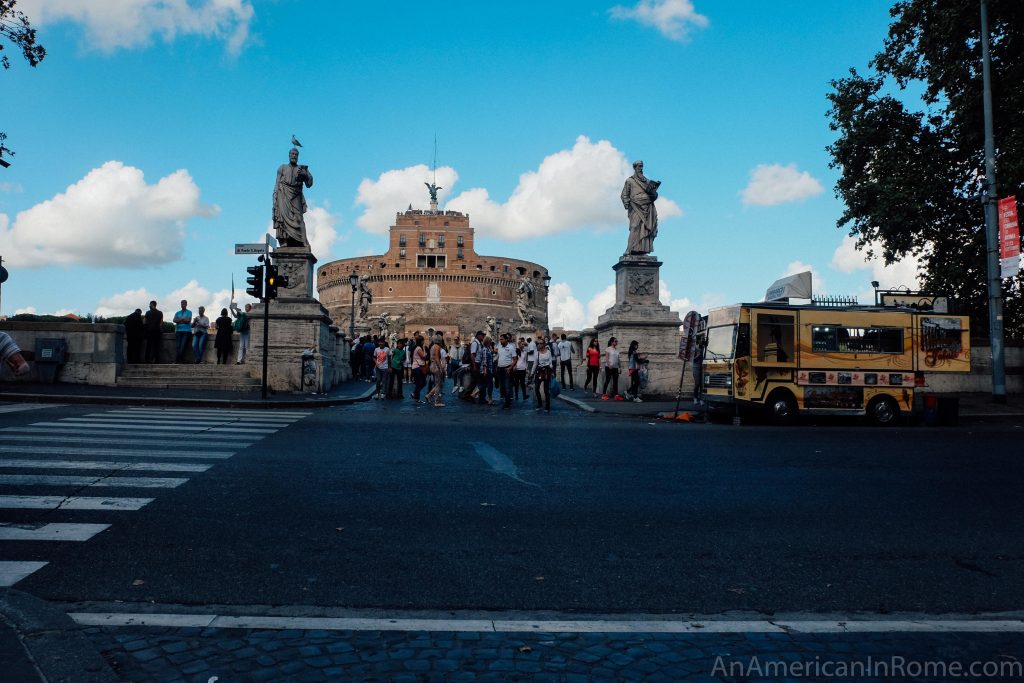 Now known as Castel Sant’Angelo – the mausoleum was eventually overtaken by the church, the pope was compelled to give the Roman bridge a makeover.

As more and more pilgrims began to use the bridge to reach the Vatican, Pope Clement VII was the first to add statues to the pathway in 1535.

First to show up was St. Peter, followed by St. Paul. 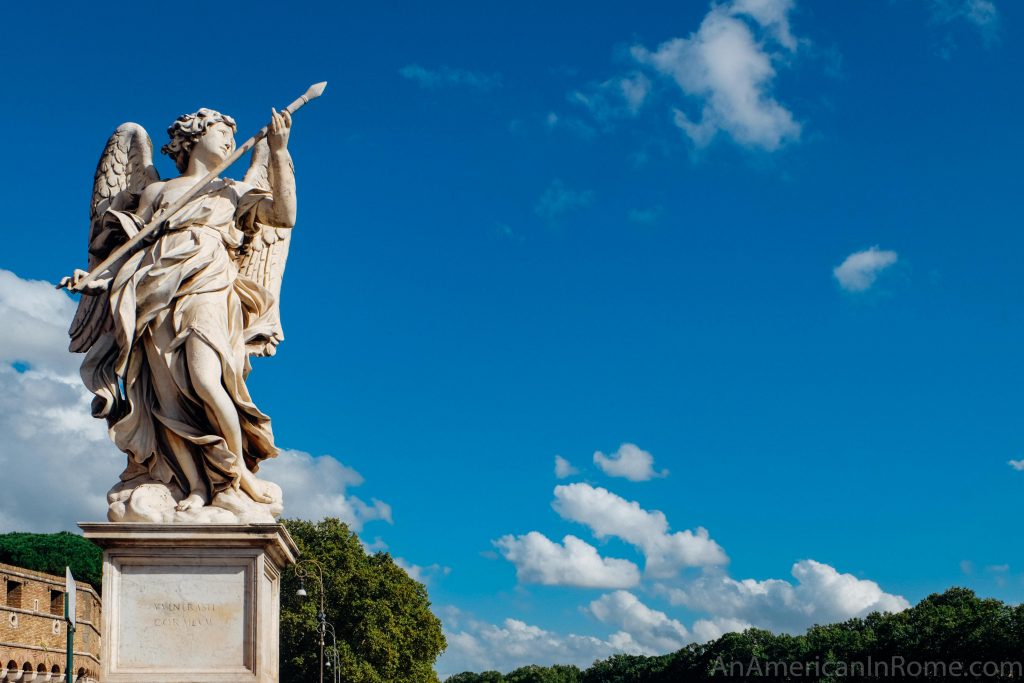 By that time, Castel Sant’Angelo had already acquired its current name, but the current angels were not added to the bridge until two Pope Clements later. 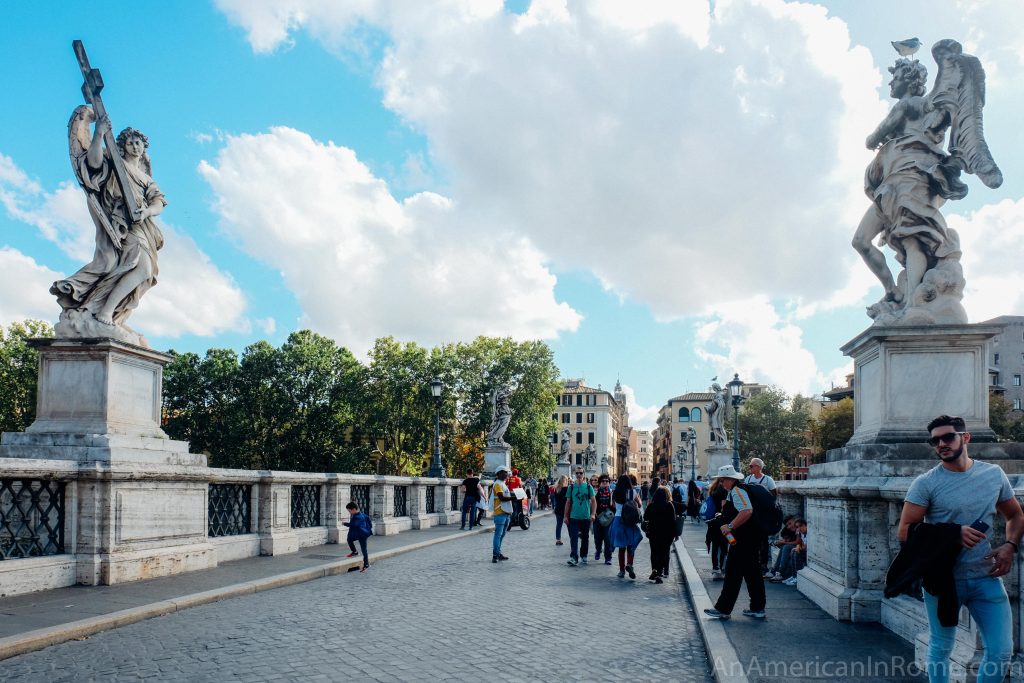 Pope Clement IX had second thoughts when he saw how beautiful the sculptures were.

He decided that Bernini’s originals were too valuable to be placed outside and exposed to the elements.  He had them replaced with copies and moved the sculptures into his private collection. They are now in the church Sant’Andrea delle Fratte. 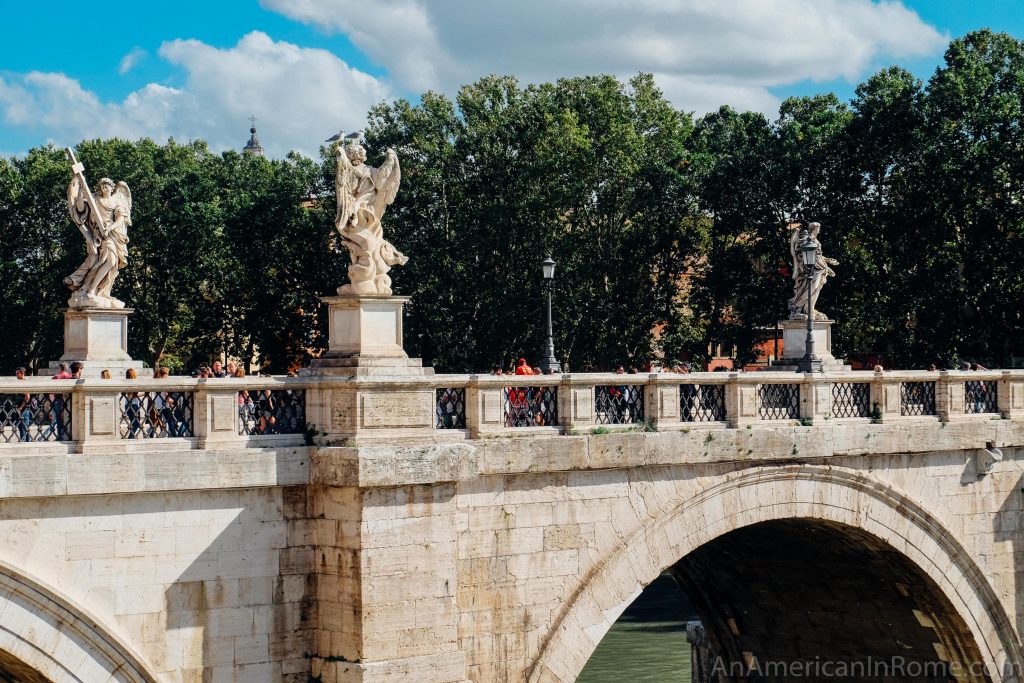 As pretty as the bridge of angels is today, it is hard to imagine how sinister it might once have appeared. You see- the bridge was once used to display the bodies of executed criminals. 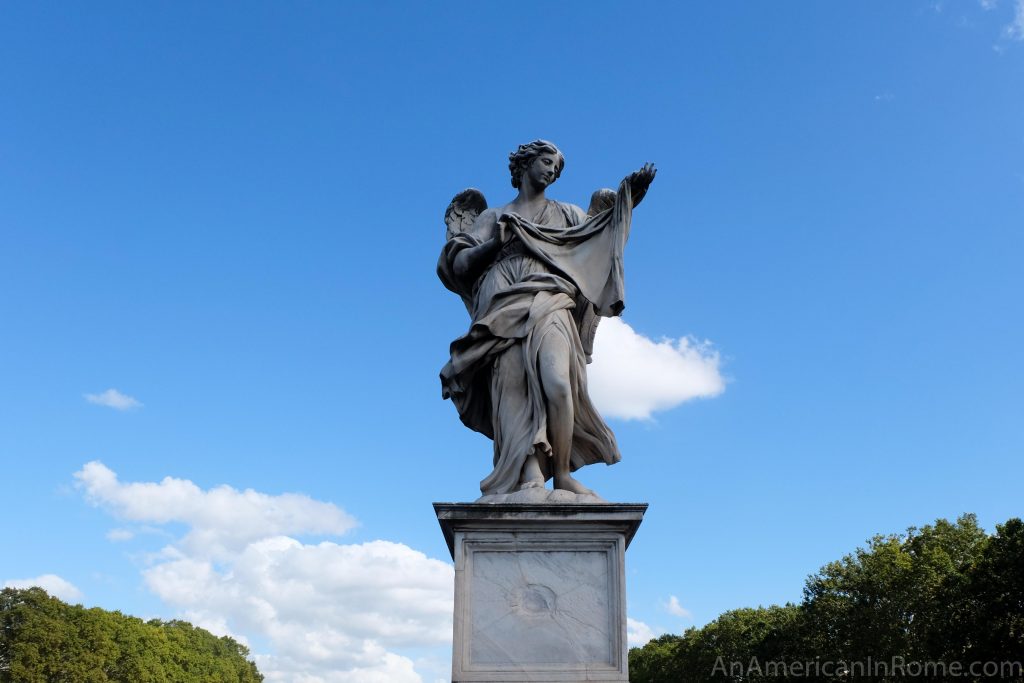 Practical, beautiful and free – basically all of my favorite things a Roman landmark can be.