Rome is a major European capital with a semi-functioning metro system and buses that seem to be catching fire almost every other week. The public transportation situation in the Eternal City does leave a lot to be desired, so Rome was overdue for a bike-sharing solution. 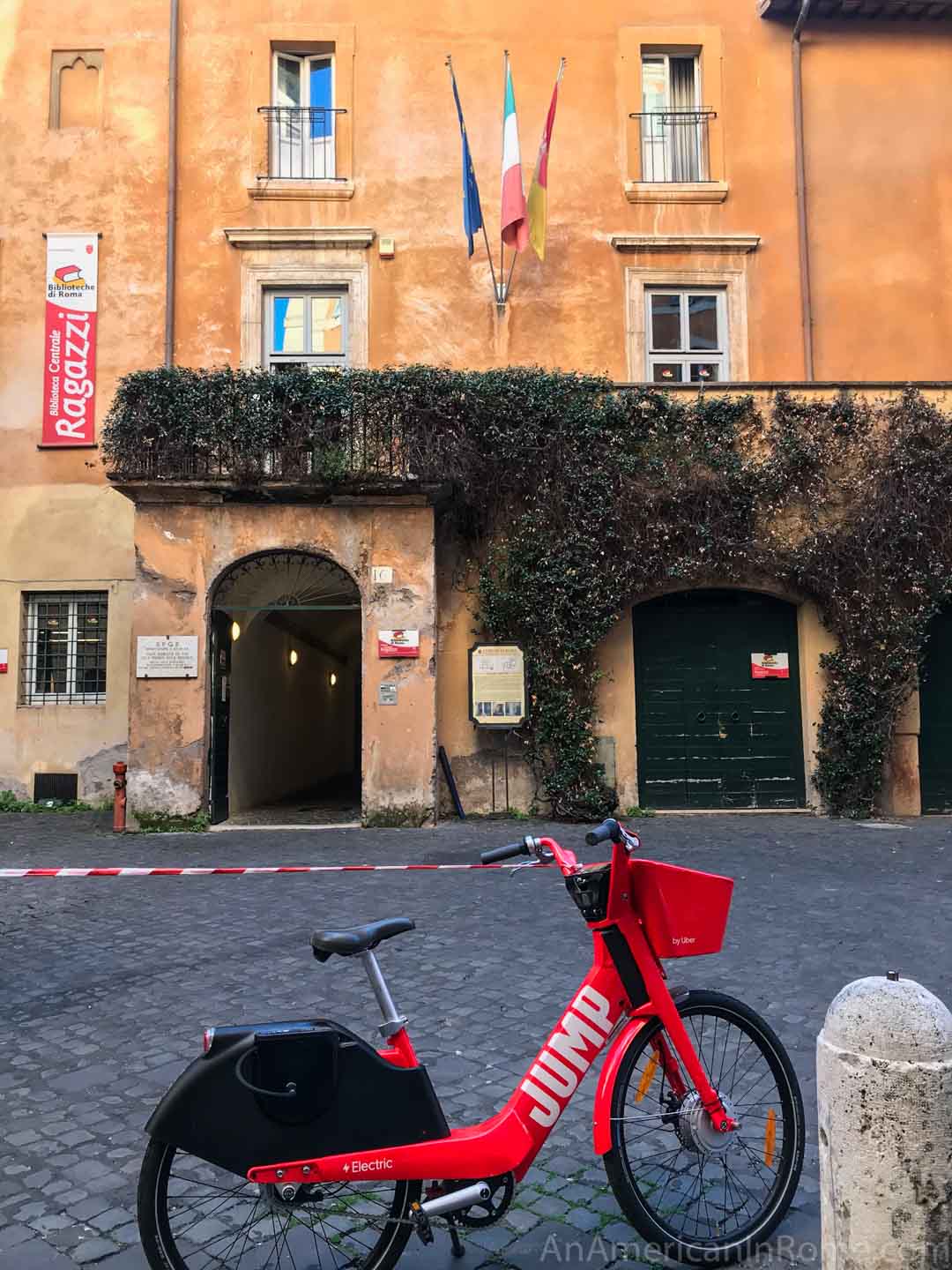 In cities like Barcelona and Dublin, bike sharing is the norm. However, Rome’s first attempt with easy bike rentals with the ill-fated oBike app was a disaster.

The yellow and gray bikes popped up around the city with instructions in German (?!) and it was soon more common to find them tossed into the Tiber than zipping along city streets. The ones that weren’t totally destroyed and abandoned were instead vandalized, with missing seats and tires becoming the norm.

That is why Uber’s attempt at bike-sharing in Rome was met with a heavy dose of skepticism. Why would the red JUMP bikes have any more success than last year’s oBikes? Yet, more than a month after launching, the new take on bike rentals in Rome seems to be going strong. 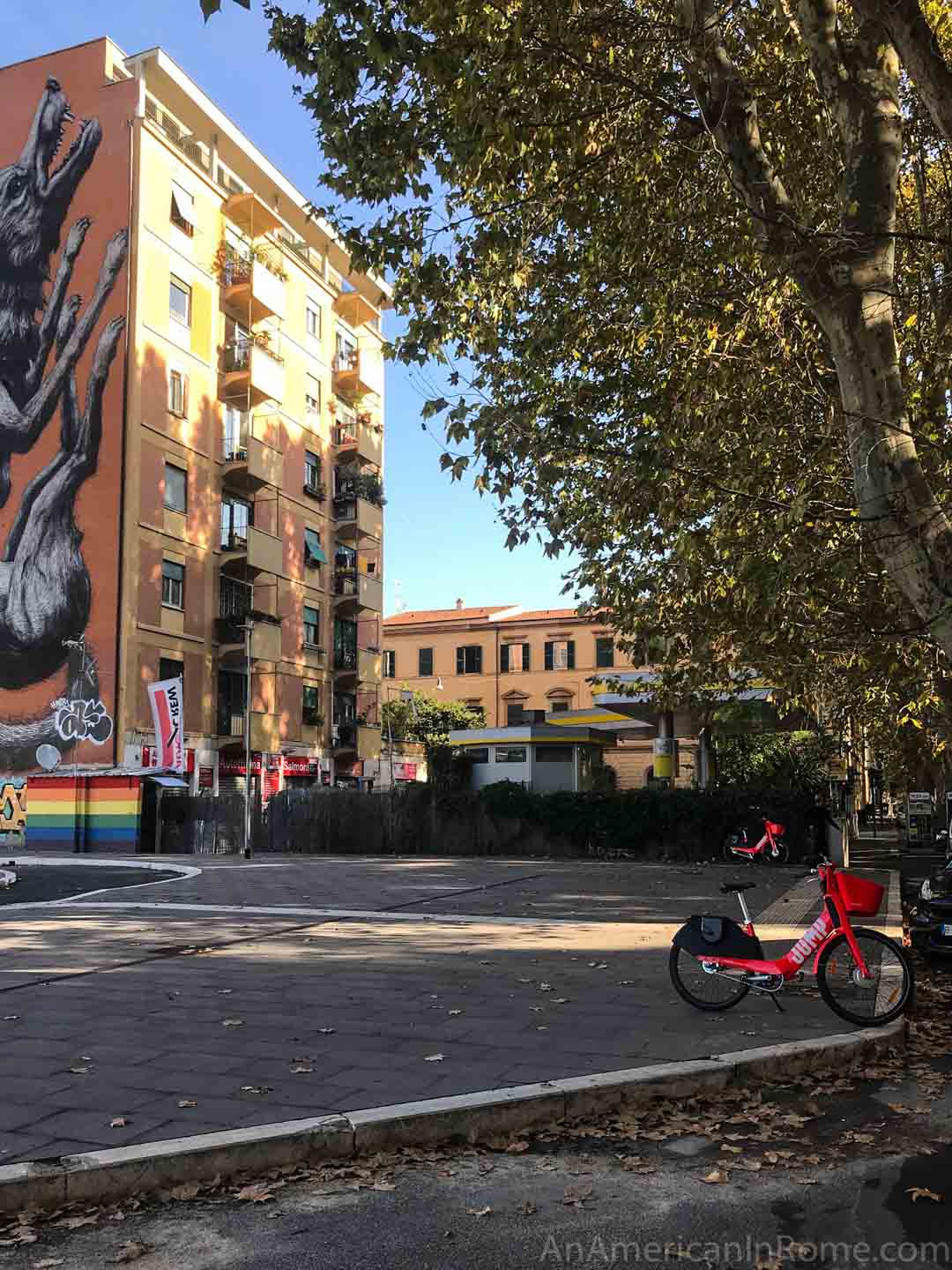 One thing that makes this bike sharing more likely to succeed is the fact that people don’t need a new app. When you come across a JUMP bike, you can open your Uber app and select “bike” instead of “Uber Black.” (Uber is in Rome, but only the NCC vehicles are allowed).

The cost of Uber’s bike sharing in Rome is €0.50 to unlock the bicycle and €0.20 a minute after that. The bikes are pretty easy to find around the city at this point, but you can also block your bike from being taken for up to 60 minutes while you run errands or hope off to sightsee.

The overall cost is generally much cheaper than renting a bike in Rome for the day (which can easily be €20), and leaves you with the flexibility of dropping the bike wherever you like and lock it for the next person to use. 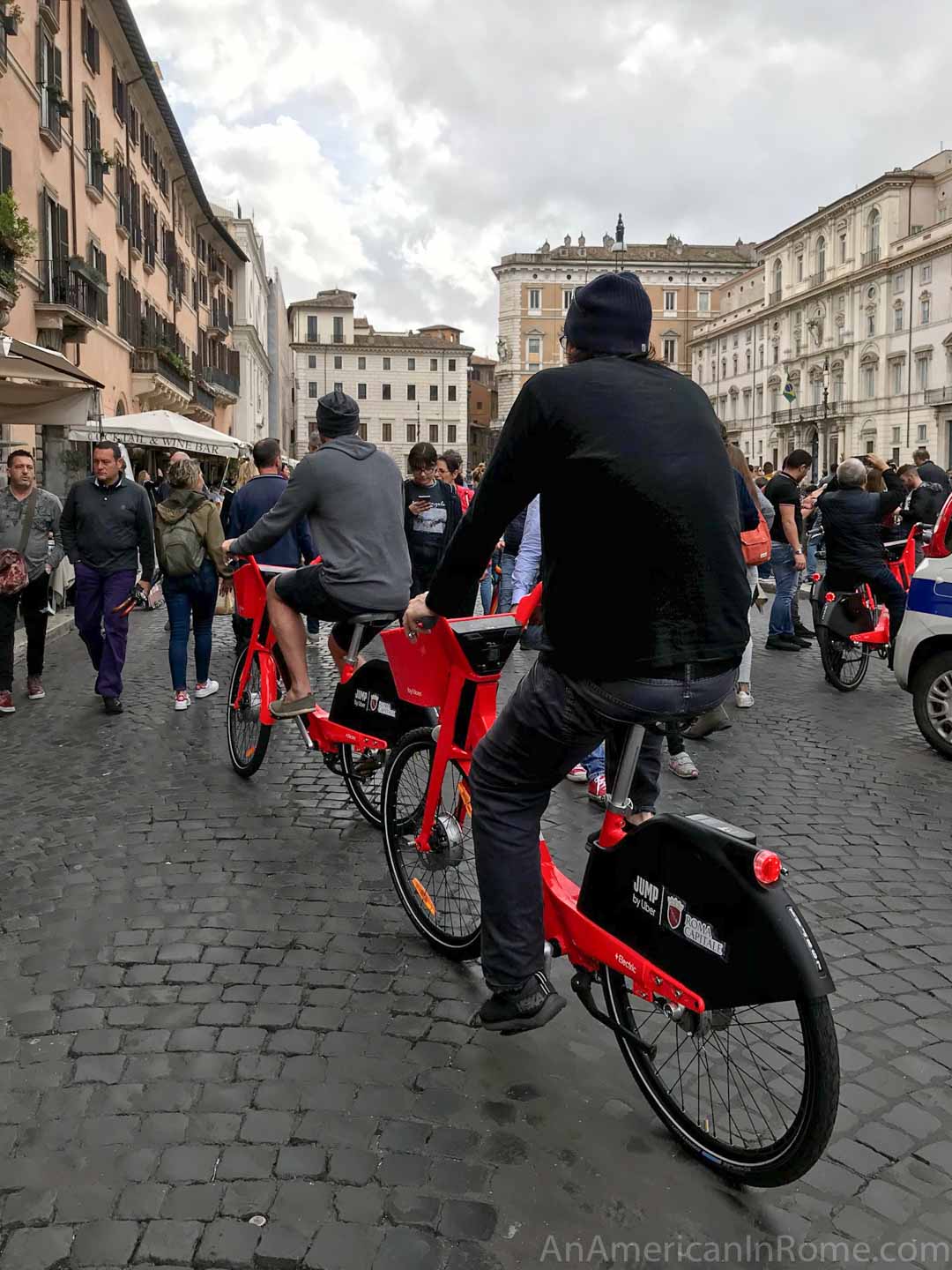 The second reason that JUMP bikes seem likely to stick around for now? People are really using them! Rather than simple street bikes, these are e-bikes, meaning you get an electric boost for pedal assistance across all those cobblestones and up the hills. You don’t really have to “bike” too hard to get around – which seems to fit in really well with la dolce vita mentality. I have seen plenty of locals loving the new bike program, as well as visitors using them around major landmarks like Piazza Navona.

For a free first trip (up to 20 minutes), use the code JUMPROMA. 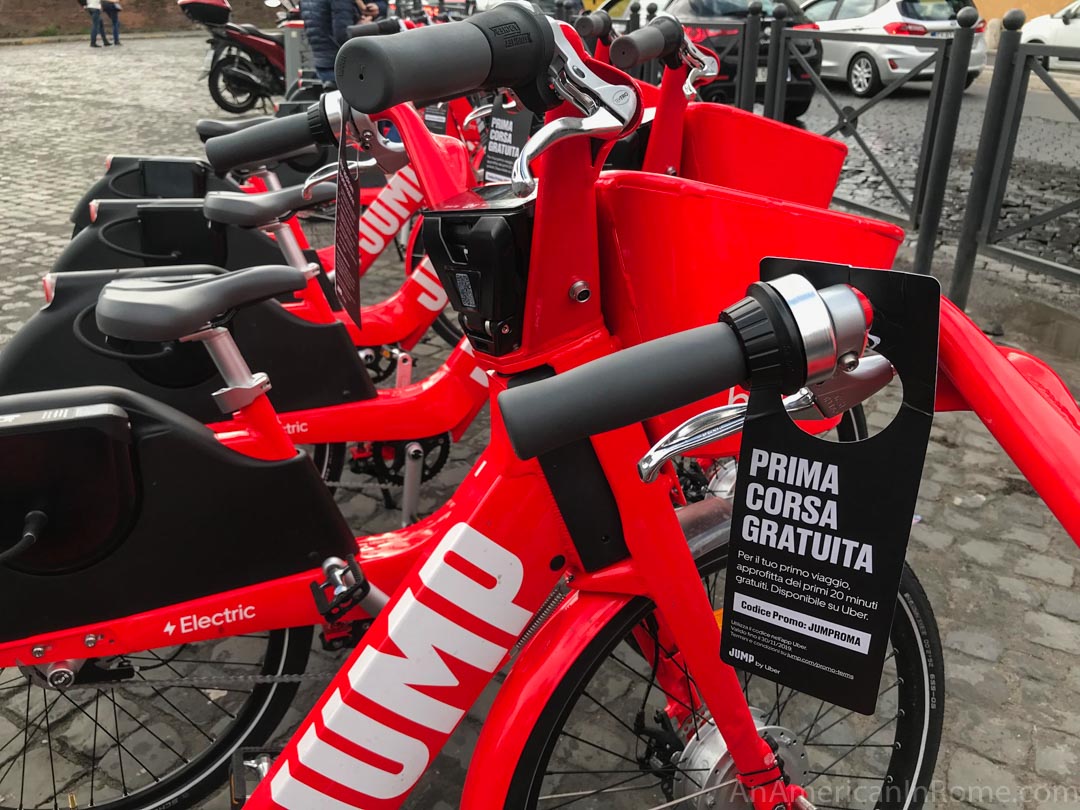 However, Rome traffic is pretty quirky and I would highly suggest you take a bike tour if you have never biked in the city before. It is a really fun way to see a lot of Rome in a short amount of time and the best way to learn how to navigate on two wheels.

So will you be trying Rome’s bike sharing system?