When it comes to gelato in Rome – I fall solidly into the modern camp. I am completely enamored with the contemporary makers who treat gelato like an art.

That being said, there are some old school masters that absolutely know a thing or two about frozen treats. One of the most iconic is Fassi. 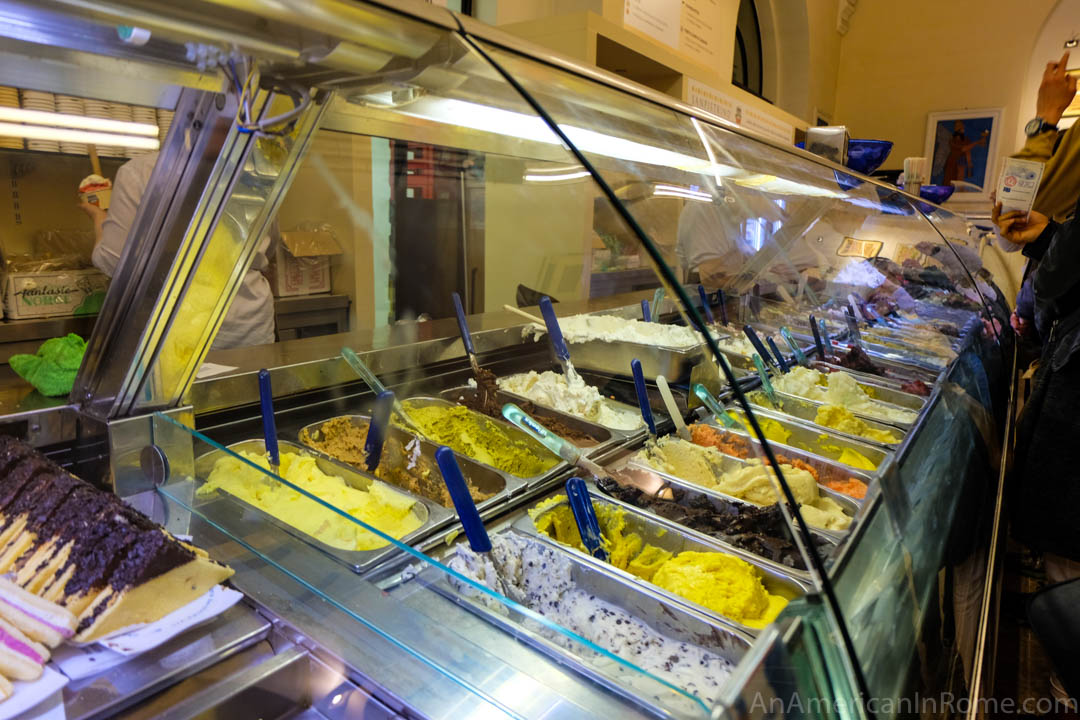 The gelato shop in the Esquilino neighborhood has stood here for well over a century. It is not just some tiny shop – it is a palazzo emblazoned with Palazzo del Freddo. The frozen palace.

This is the only gelateria I know of in Rome with such a massive seating area. It recalls an old school ice cream parlor – filled with families treating themselves to frozen delicacies. Which, if you think about it, is kind of perfect for having a few scoops when the weather turns chillier outside. 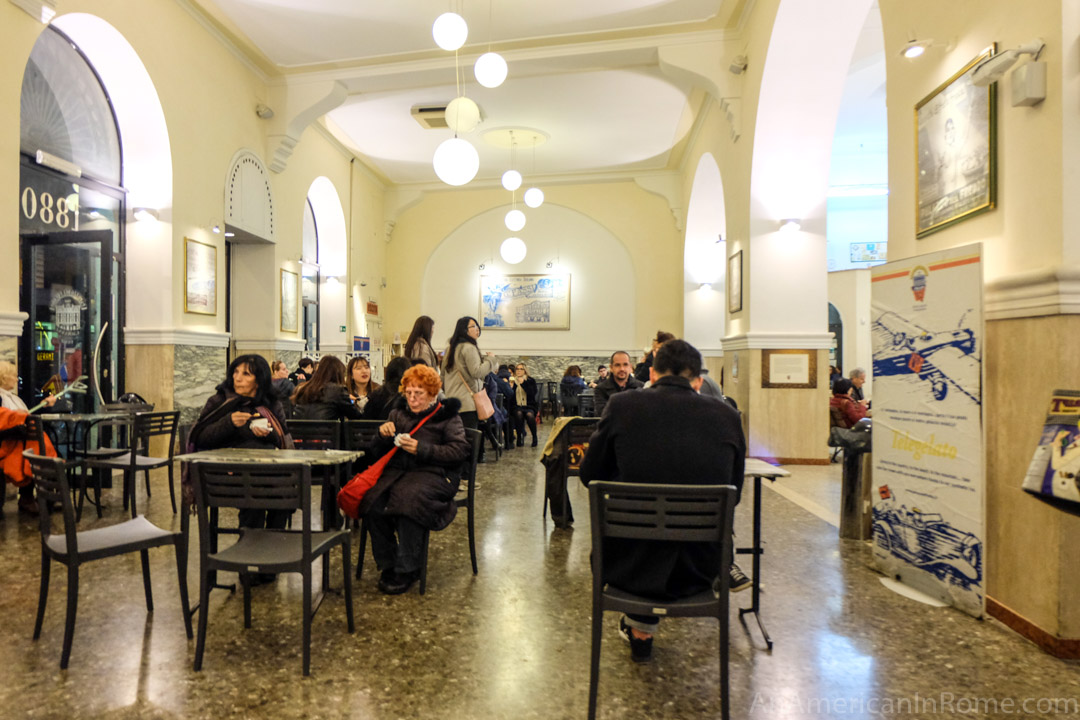 Of course, there is gelato made every day, but there are also other goodies that you won’t find in any other gelateria. 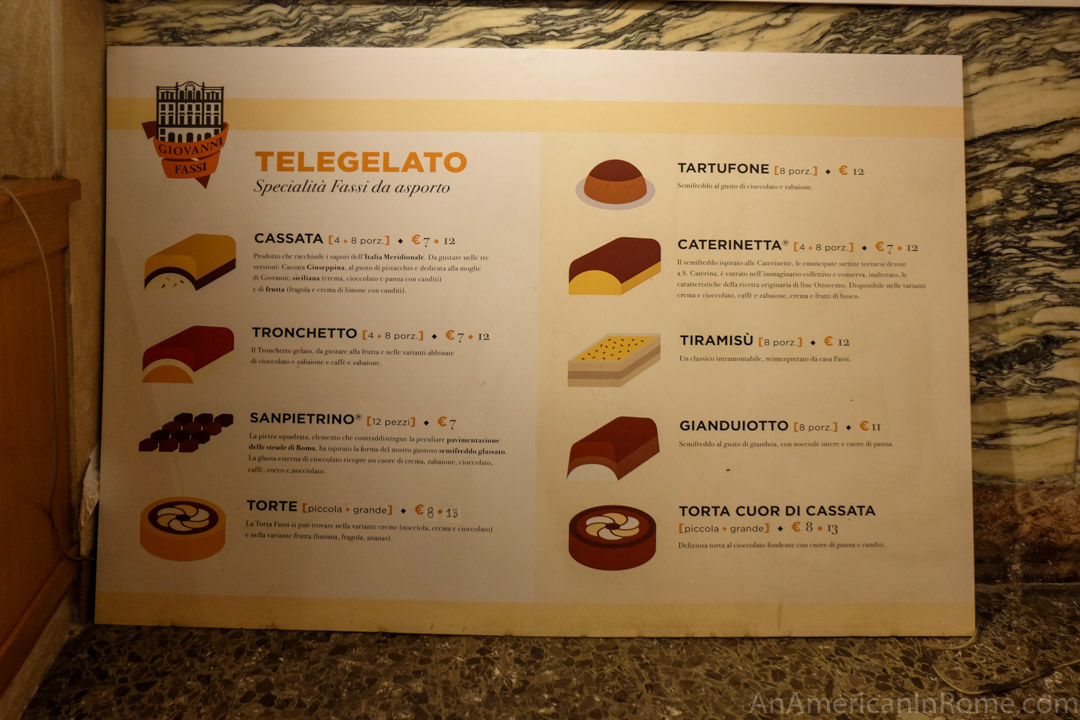 The specialty here is the sanpietrini – which is what cobblestones are called in Rome. These are little nuggets of gelato covered in chocolate and perfect for popping one after another. 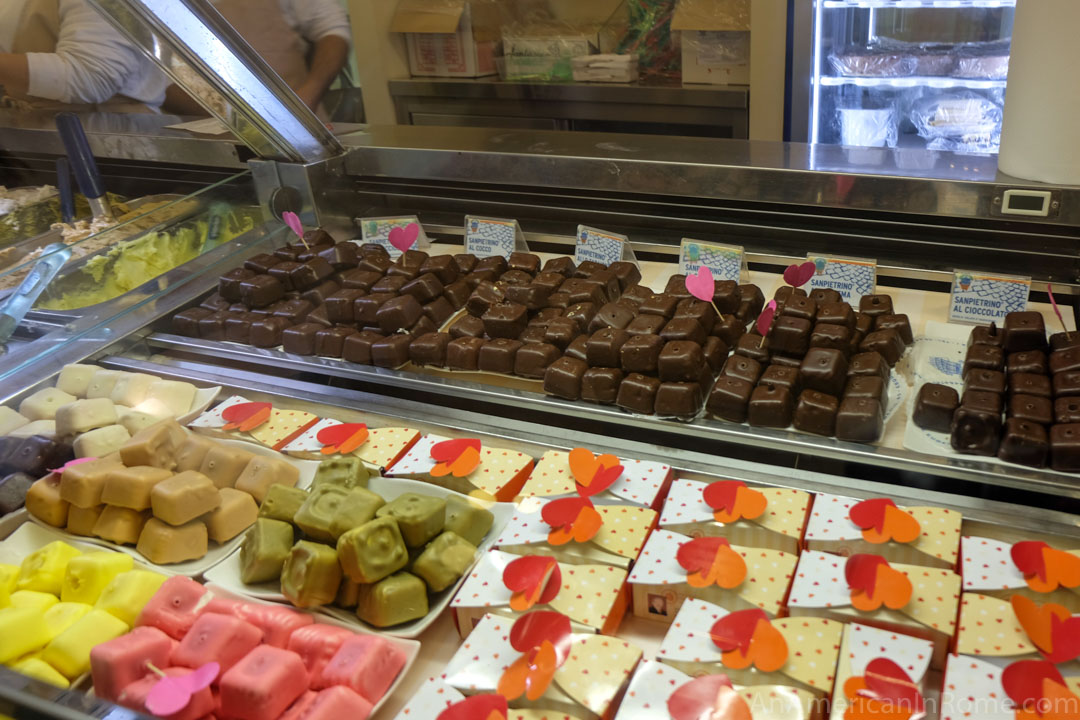 Of course, there are also ice cream sandwiches. However, this being Italy, they are tramezzini rather than sandwiches. 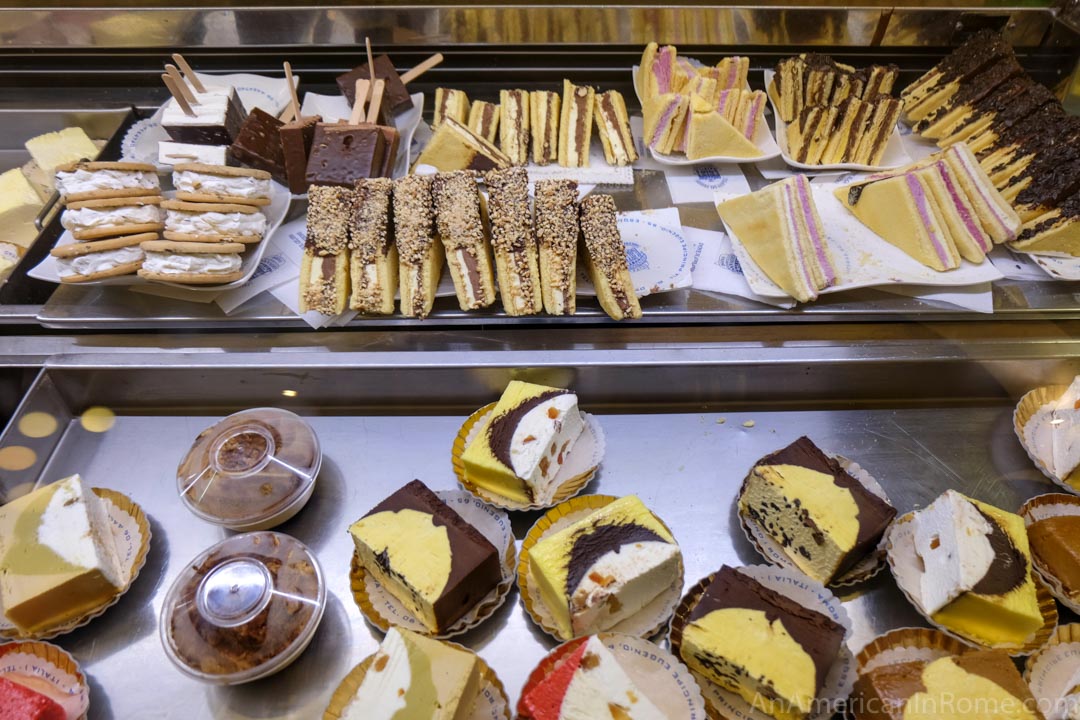 Not only is Fassi one of the most traditional gelateria still operating in Rome, but it is also one of the oldest. The gelato shop first opened in 1880 and is gearing up to celebrate its 150th anniversary in 2020.

If you stop in for ice cream, you can also peruse their display of historic gelato-making equipment and the small exhibit on the Fassi gelateria over the many years that it has been serving Romans of all ages. 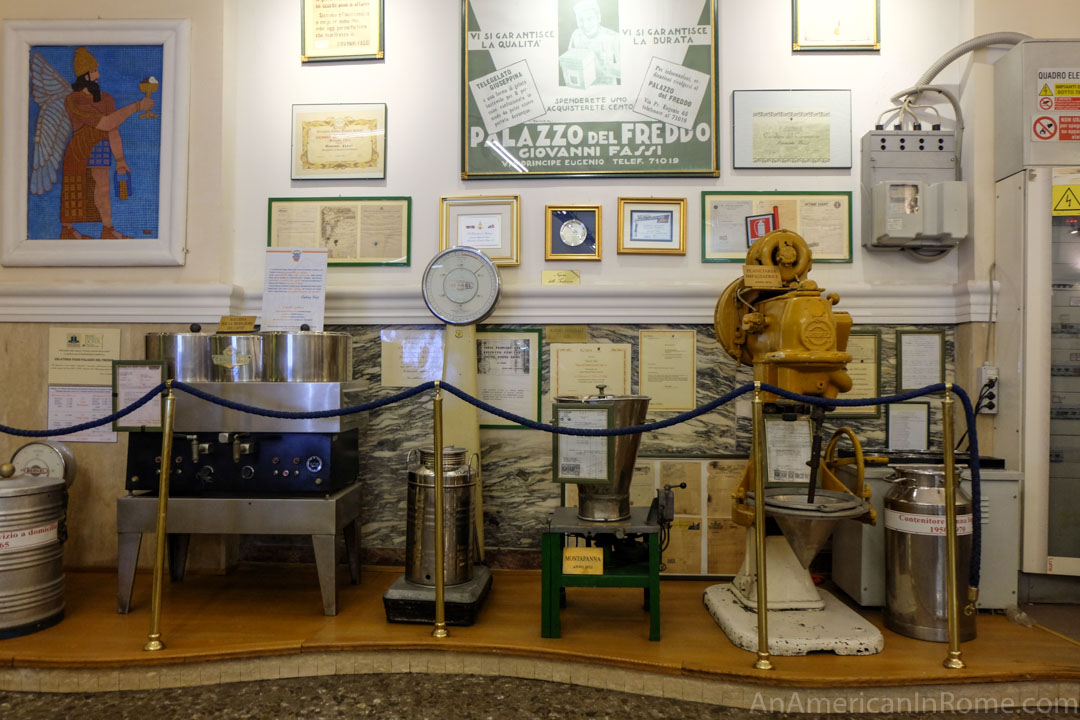 Open every day from 12 pm to midnight, opening slightly earlier at 10 am on Saturday and Sunday for a special weekend treat.

5 thoughts on “Fassi Gelateria in Rome”