It has been a truly interesting experience to watch Rome’s Ostiense neighborhood change over the years. It has become a canvas for street artists and the most striking new addition to the area’s murals is a new work by Iena Cruz. The colorful Rome street art is titled Hunting Pollution because it actually helps to clean the air.

I have been coming to Ostiense since I moved to Rome because my university was nearby. Certain institutions, like Pasticceria Andreotti and Centrale Montemartini (one of my favorite Rome museums), are still going strong, but the area has taken on a decidedly trendier feel. 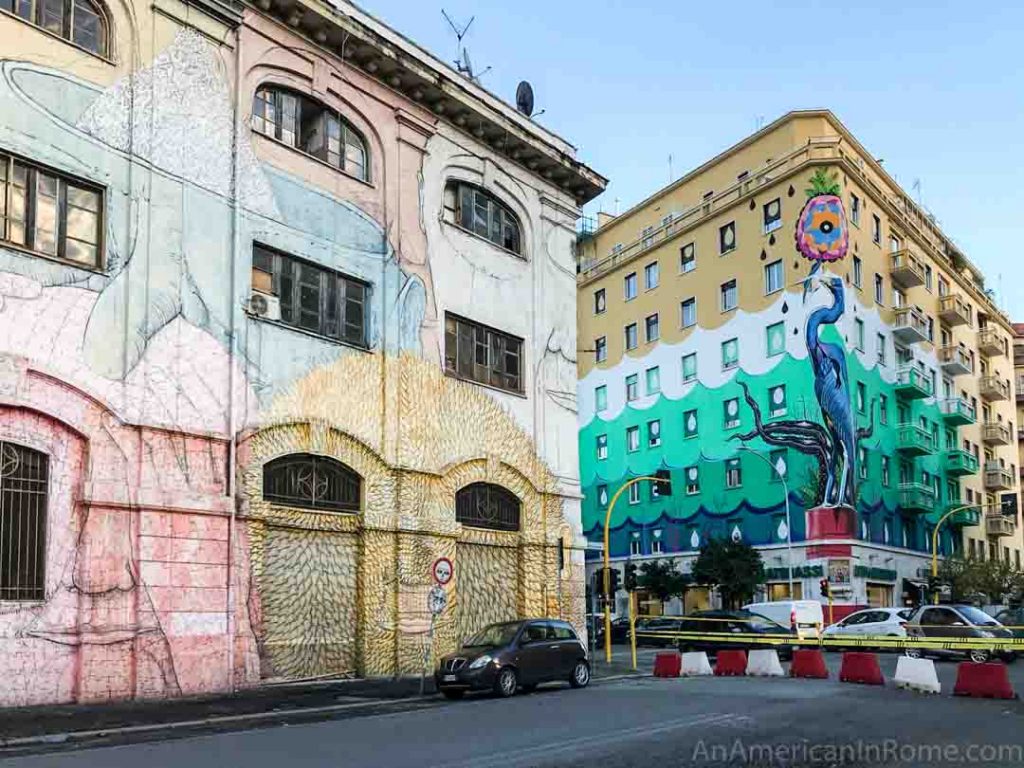 You can now find everything from cocktails to lobster rolls in a small three-block radius, all shadowed over by the ever-present Gasometro.

The old gas plant is the landmark that has defined the neighborhood for decades, but now there is an even more eye-catching feature – Iena Cruz’s “Hunting Pollution.”

Born Federico Massa in Milan, Iena Cruz has become known for taking on environmental themes in his work. This mural, which you can find on the corner of Via del Porto Fluviale and Via delle Conce, goes one step further by actually helping to clean the air. 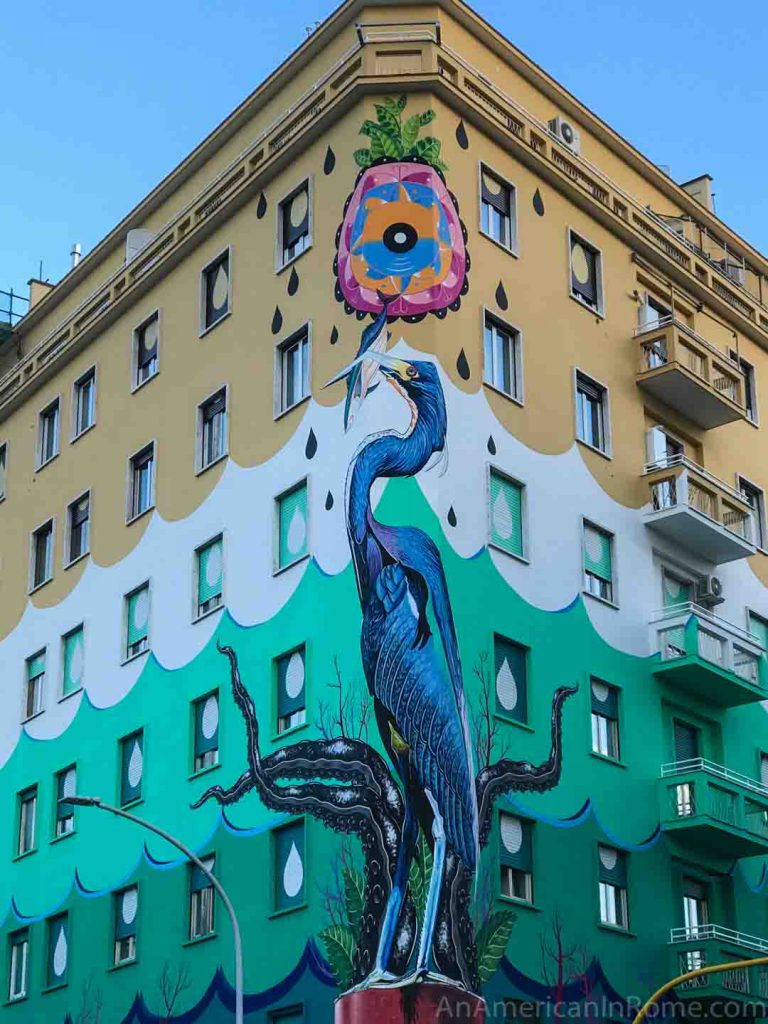 The special anti-smog paint used in the 5-story high mural helps to purify the air as much as planting thirty trees. The colorful image of bird with a fish in its mouth really is hunting pollution instead of prey – and there is plenty of smog to be eaten at this busy Roman intersection.

The Airlite paint (which is also made in Italy) breaks down nitrogen oxide, which is released by passing cars, using the sun to power the process.

The environmental message of creating an urban forest by using paints instead of plants is ingenious, but the artistic value of the work shouldn’t be underestimated. It will stop you in your tracks. The bright colors and creative placement of the figures are captivating, and I love that even the shutters of the individual apartments were incorporated into the design. 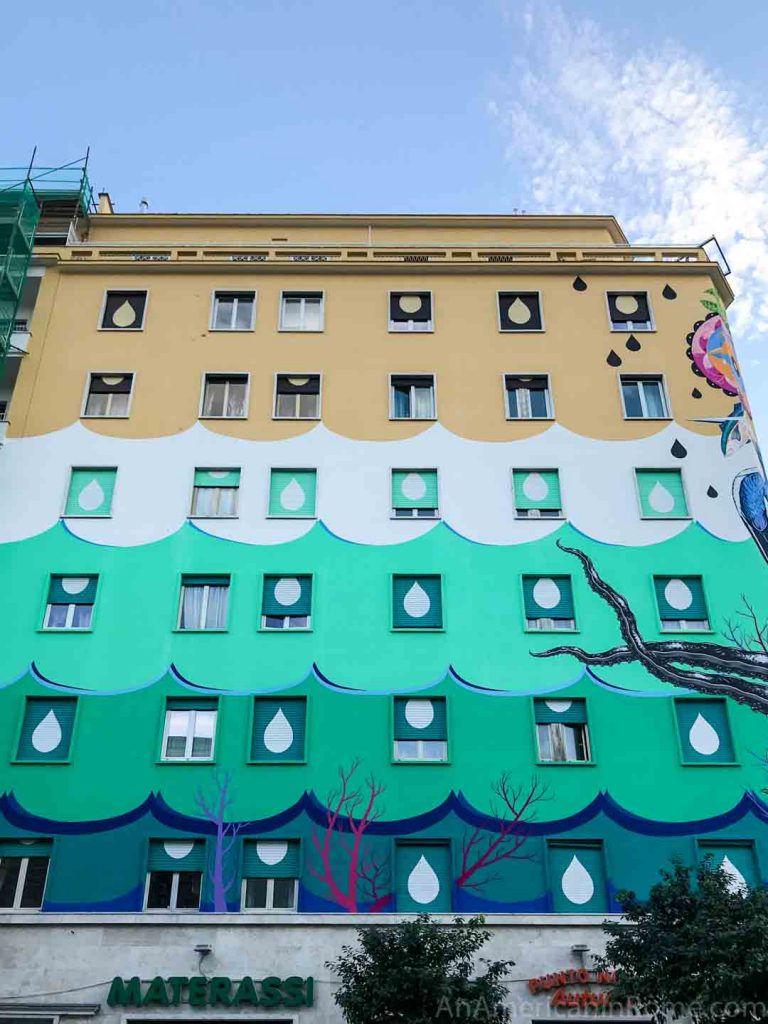 Rome is better known for its Renaissance masterpieces but the contemporary street art that lies just outside the historic center deserves more attention.

Have you see Hunting Pollution or found other Rome murals that you love? What do you think about this side of the Eternal City?

4 thoughts on “A Rome Mural that “Eats” Smog: Hunting Pollution”